Off to Dixieland and the PATCON

I won't have Internet access until tomorrow at some time.  See you there!
**Autumn NC PATCON (Patriot Convention) October 4th - 7th 2012**

Posted by Brock Townsend at Thursday, October 04, 2012 11 comments: Links to this post 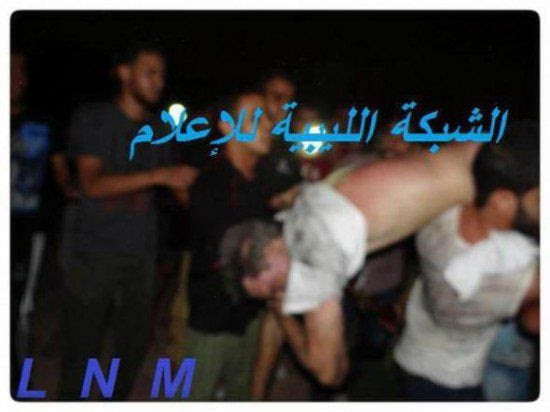 The House Oversight and Government Reform Committee has written to Secretary of State Hillary Clinton to call two witnesses for its October 10 hearings on what went wrong at the diplomatic post in Benghazi, Libya.

Per the committee, they are:

·         “Regional Security Officer Eric Nordstrom was stationed in Libya from September 2011 to June 2012. The Department of State provided Mr. Nordstrom to the Committee for a briefing, where he confirmed for the Committee the security incidents cited in the letter, and confirmed that the mission in Libya made security requests.

·         “Deputy Assistant Secretary for International Programs Charlene Lamb is an official in Washington is involved in reviewing security requests.”

Today, a Defense Department official confirmed to Breitbart News that there is advance planning for a “substantial air package” against targets in Libya. Military sources suggest that this means that flight missions against Libyan targets will include manned flights, not merely drones.

The New York Times reported yesterday that the Obama administration is preparing an operation to “kill or capture militants” involved in the Benghazi attack resulting in the murder of our ambassador to Libya and three other Americans. According to the Times, the Joint Special Operations Command is putting together “so-called target packages of detailed information about the suspects.” These files are a coordinated project with the CIA and the Pentagon.


More @ Breitbart
Posted by Brock Townsend at Thursday, October 04, 2012 No comments: Links to this post

What a compliment! Gee, maybe he'll make a better tyrant than The Great Emancipator!

More hogwash @ Newsmax
Posted by Brock Townsend at Thursday, October 04, 2012 No comments: Links to this post

On Saturday, September 29th, the Virginia Flaggers traveled to Sharpsburg to attend the Georgia Civl War Commission's Re-Dedication of the Monument to Georgia's Confederate Dead.

We arrived early in the morning, as it was the first visit to Sharpsburg for all of us. We started with a tour of the visitor's center and then headed across to the Dunker Church. There, we were happy to find a contingency of Georgia Confederates who had camped out the night before. We made some new friends, and enjoyed meeting these fine men.

We continued with a tour of the battlefield on foot, with flags, and made our way back around to the Visitor's center for a picnic lunch. Throughout the day, we had many opportunities to talk with visitors about our flags and the Va Flaggers. We distributed literature and educated folks about the flags we were carrying. Flagging a National Battlefield is fun...kinda like shooting fish in a barrel, for a Flagger! ;)

After lunch we headed over to the monument, and planted 56 Georgia Stick Flags on any marker that mentioned Georgia troops, as well as at the monument.

The ceremony was very beautiful, with a color guard, excellent speaker, and gun salute. We asked the members of the commission if they could PLEASE come up to Virginia and teach our commission a thing or two about how to commemorate the Sesquicentennial!

After the ceremony, we headed over to the sunken lane, to tour that area, and pay respects to the men who died there. We were moved at the sights, and again, had the opportunity to share about the flags we carried.

We concluded the trip with a visit to Burnside's Bridge and the Robert E Lee Monument.

Special thanks to Kelly Barrow for the invitation to the event, and to the Georgia Civil War Commission for a job very well done!
Posted by Brock Townsend at Thursday, October 04, 2012 No comments: Links to this post

No Governmental Intrusion In The Pulpit At All!

Posted by Brock Townsend at Thursday, October 04, 2012 No comments: Links to this post

Why Does the GOP Keep Nominating People Like Romney?

Posted by Brock Townsend at Thursday, October 04, 2012 3 comments: Links to this post