Was the drop in the Bureau of Labor Statistics (BLS) U-3 unemployment rate for September from 8.1 percent to 7.8 percent real or something else? The mainstream (liberal Democrat) media and their candidate, President Barack Obama, rejoiced to see the astonishing numbers. A key component to these incredible figures was that the BLS Household Survey, one of two major BLS surveys on the employment situation, showed employment had increased by a whopping 873,000 in September. Yet the largest BLS survey, the Payroll Survey, sometimes called the Institutional Survey, indicated a net increase of only 114,000 jobs. Normally the two surveys result in similar jobs data. But could the Household Survey, with no other sign of sudden roaring prosperity, really be more than seven times what employers indicated in the Payroll Survey?


“Unbelievable jobs numbers…these Chicago guys will do anything…Can’t debate, so change the numbers.”


Welch is obviously with those who have no confidence in the Obama Administration’s integrity or competence. I would generally place myself in Welch’s camp. Barack Obama and his appointees have a great lust for bigger and more powerful government but little regard for truth. Like most totalitarians, they will, say, promise, or do almost anything to get votes and gain and maintain power, including fraud and statistical slight of hand.


As Welch suspects, there was no real increase in jobs in September, and a monthly net job increase of 114,000 does not even keep up with population growth. Considering that the U.S. government is issuing approximately 100,000 work visas per month to foreign applicants, the net September Payroll increase is negligible. How could the two surveys have such different results unless something is badly amiss?


The Payroll Survey, the larger and generally more accurate of the two surveys, is based on surveying approximately 141,000 private and government institutions. The smaller Household Survey uses a sample of approximately 60,000 households completing questionnaires. As in political polling, these surveys must be adjusted by various assumptions to project the data for the entire United States. One difference in the surveys ought to frighten anyone who likes the monthly reconciliation of their personal checking account to balance exactly. The September Household Survey estimates total U.S. employment at 142.9 million, while the Payroll Survey finds only 133.5 million. Some economists believe that adjustments to the Payroll Survey are not adequate to account for self-employed and part-time workers. However, the difference of 9.4 million just happens to be a bit over the Pew Research Center estimate of 8.1 million illegal immigrants holding U.S. jobs in 2010.


Labor Economics Consultant Edwin S. Rubenstein, in an October 5 article for Vdare.com, has pointed to an obvious explanation for a large portion of the Household Survey’s surge of 873,000 people who have suddenly reported having jobs. On June 15 of this year, President Obama implemented the “Dream Act,” thrice defeated in Congress, by executive order. This unlawful and unconstitutional order was estimated by the Obama Administration to give amnesty to about one million illegal immigrants under the age of 36, who are now working in the United States. Some have estimated that as many as two to three million amnesties could occur under this executive order. As with past amnesties, application criteria generally dissolve and document fraud becomes common and unchallenged.  The U.S. Citizenship and Immigration Services Department (USCIS) has been processing at least 3,000 amnesty applications per day, and an Inspector General report indicated that many USCIS employees were being pushed to speed up the process and ignore fraud and eligibility criteria. In addition, the Obama administration continues a steady stream of smaller stealth amnesties. Changing the electorate by immigration is a major Obama strategy that could lock up Democrat Party dominance before the 2016 election.


Another curious statistic in September’s Household Surveyed showed those forced to part-time work for economic reasons jumping from 8.0 to 8.6 million—an opposite economic indicator from the supposed 873,000 new people claiming to hold jobs. The broader U-6 unemployment rate including these part-time and workers discouraged from continuing their job search remained 14.7 percent in September, impacting nearly 23 million Americans.  Remarkably, the more commonly used U-3 unemployment rate does not include more than 2.1 million workers out of job for 12 months but too discouraged to look for one in the last four weeks. Millions more have simply dropped out of the workforce.

The bottom line is that there has been no improvement in the U.S. employment situation, and the unreal statistical improvement in the U-3 unemployment rate may be Obama’s ironic reward for an unlawful amnesty. We could see more phony improvement just before the November 6 election, inviting U.S. voters to continue on Obama’s course to economic and socia
Posted by Brock Townsend at Monday, October 08, 2012 2 comments:

Help: I am stuck in Vimeo Hell

I have incredible videos from the NC PATCON and the Nullification Seminar from this past weekend. However, my Vimeo uploads are consistent: they crash.

The excuse is new servers but one thing is for sure,

Paying for Vimeo is like expecting hope and change from the government.

If anyone has a suggestion for a good video site other than fascist YouTube, please let me know.

Just got back and will have my pictures and others posted in the next day or so. 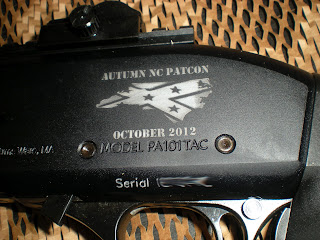 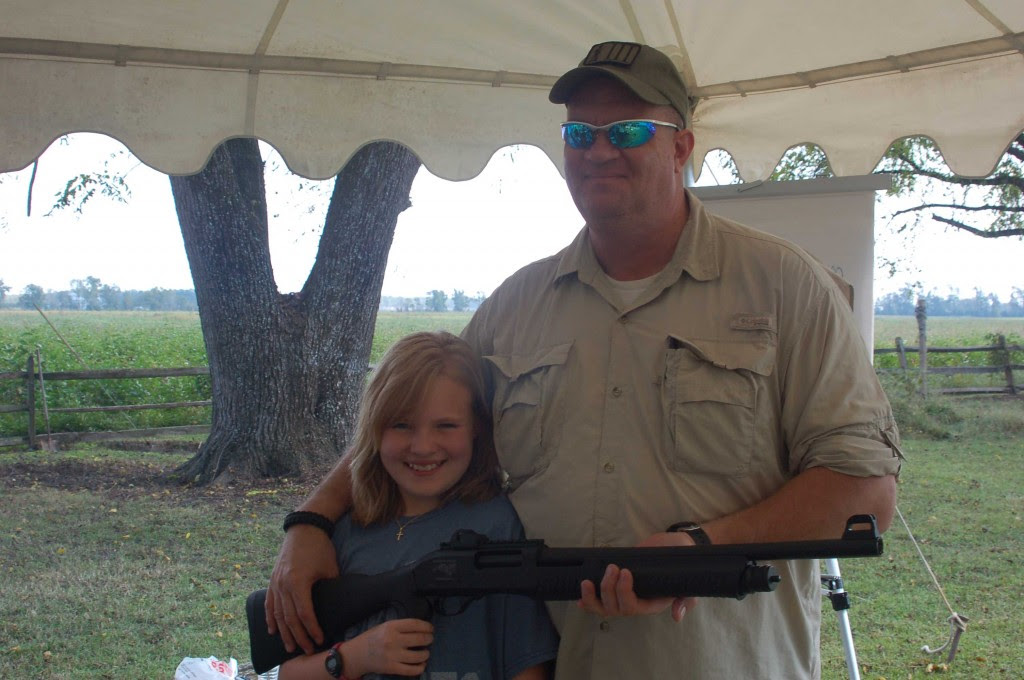 The proud owner of a new shotgun is Alan S. Pedersen from South Carolina.
The grand prize winner for the Autumn PATCON 2012 will have to keep a watchful eye on the prize since his daughter has her eyes on it.
Posted by Brock Townsend at Monday, October 08, 2012 4 comments:

General Joseph E. Johnston headquarters camp with staff officers & reenactors to review & interpret the war in defense of North Carolina. Also on hand will be North Carolina War Between the States Sesquicentennial Commission members to discuss the 2011-2015 commemoration.  “North Carolina Sovereignty” ovals will be on sale to support the www.ncwbts150.com website, perfect to place on your vehicle.

Tentative: Thursday May 2nd to Monday May  6th or Thursday May 9th to Monday May 13th. I should know which one some time this week.  Thanks to all who came to our Fall PATCON and I look forward to seeing you back for our second Spring one. I should have the post for this up by tomorrow evening.  Thank you again.  A really, excellent PATCON with true Patriots.

Posted by Brock Townsend at Monday, October 08, 2012 No comments: