The Political Class Will Sell You And Your Heritage Out 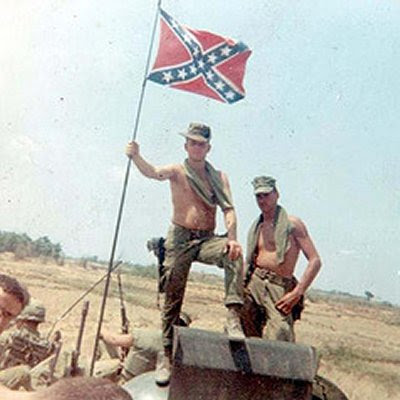 It’s the “conservatives” in the Republican Party that have been foremost in selling out our flags, history and heritage. Stop and realize that!

Years ago I recall hearing a statement, the insightfulness of which I did not grasp at the time. A man in the political arena, back in the 1920s, said: “The first, foremost function of a politician is to get re-elected. Whatever else he may do after that is splendid redundance.” That statement perfectly describes the political class, both in our day and in many previous decades.

There was a time when men ran for office out of a sense of duty or of giving something back to the community because they had been materially blessed. Those men were statesmen. True statesmen are nearly extinct today, a vanishing breed. Unfortunately they have been replaced with politicians, the “political class” whose total agenda is all about getting elected or re-elected. They have been convinced that selling out their constituency for the “good” of the nation is their highest calling–if it will get them re-elected, or better yet, if it will make them candidates for higher offices.


More @ Revised History
Posted by Brock Townsend at Tuesday, August 25, 2015 No comments: Links to this post

… the earthbag method means that you can build a small retreat to withstand bullets, floods, hurricanes, storms and fires much better than a conventional house.

And all at a fraction of the cost.

Earthbag construction is a hot topic in underground circles but has yet to hit the mainstream. 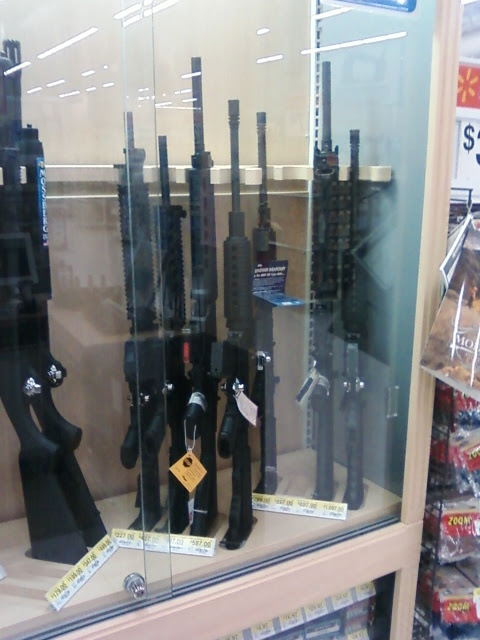 Moreover, corporate stresses that the decision is “not political.”

According to Gun Talk radio host Tom Gresham, Walmart corporate “confirmed” their decision to quit selling AR-15s on August 25.Gresham tweeted, “CONFIRMED with Walmart corporate offices. Getting rid of AR-15s. They aren’t selling. Replacing with hunting guns. (The AR is a hunting gun, dorkhead) ‘Not political.'”

I am a proud American who believes that America has held – and still holds – a very sensitive and special place in the affairs of mankind on Planet Earth. I believe that America has been divinely blessed and protected in our two centuries plus of existence.

I believe that America has been a counter balance that has cancelled out a lot of tyranny, evil and conquest, and admittedly, we have made a lot of mistakes. But on balance we have exerted a certain Pax Americana in the international affairs of mankind.

It took a lot of old fashioned guts for the Continental Congress to stand up to the world's mightiest military and tell them that we demanded our independence, even at the peril of going up against a far superior force on land and sea, and with only a ragtag army of untrained citizens, many of whom had to supply their own firearms.

It took guts to give the order for American troops to storm the beaches of Normandy on D-Day, straight into the face of artillery and machine gunfire, wave after wave being cut to ribbons by German shore emplacements.

The history of this nation is written in the blood and courage of men who stood in the face of overwhelming odds – politicians, soldiers, statesmen and ordinary citizens who sought to do the right thing regardless of the cost or the consequences.

Well, ladies and gentlemen of the United States Congress, it seems that that particular pen has run out of ink. The courageous politicians that once championed this nation have been replaced, for the most part, by a breed of milksop, politically correct, scared of their own shadow, pushover, pathetic excuses for public servants who are supposed to be representing a constituency of citizens who have to live with the circumstances of their timid folly.

You don't even have the courage to face down an out of control president, even when he makes a deal with the devil. Don't you bunch of timid capons even care what kind of world you're leaving to your children and grandchildren, not to even mention the rest of us? Are you really party partisans before your parents and grandparents or even human beings?

Be honest with yourselves a minute. Go into the bathroom and look in the mirror and ask the person you see this question: "Do I really believe that Iran will not use the money we're releasing to them to finance terrorists to kill Americans, and, when, not if, but when, the Iranians develop their nuclear device, will they really use it against America and Israel?"

You can’t hide from the truthful answer to that question forever, an answer will be required of you one day.

You have allowed Obama to tilt the Supreme Court so far to the left that they're little more than a shameful extension of the Executive Branch.

You have talked for decades about the porous southern border but have done absolutely nothing about it.

You have allowed cities in this nation to declare themselves sanctuary cities where they protect the worst of the worst criminal aliens, and American citizens are paying an awful price for your silence.

You watch an impossible National Debt balloon completely out of control, knowing full well that a day of reckoning is coming that will seriously curtail the quality of life for coming generations.

You allow corrupt government agencies like the IRS to run over the very people you are sworn to protect and allow the entitlement society to expand exponentially. All the while, you are actually entertaining the idea of raising taxes on those who still work and shoulder the burden.

You compose a third of the constitutionally mandated ruling system,and you shirk your duty and allow this nation to move a little closer to the edge every day.

Your ratings are in the single digits; your morals are in the gutter; your minds are on self-preservation; and somewhere along the way, you’ve traded your honor for political expediency.

You've violated your oaths; you've betrayed your country; you've feathered your nests; and you've sat on your hands while an imperial president has rubbed your noses in the dirt time after time.

You're no longer men. You're puppets, caricatures, jokes, a gaggle of fading prostitutes for sale to anybody who can do you a political favor.

“For what shall it profit a man, if he shall gain the whole world, and lose his own soul?”

What do you think?

Pray for our troops and the peace of Jerusalem.

Charlie Daniels is a legendary American singer, song writer, guitarist, and fiddler famous for his contributions to country and southern rock music. Daniels has been active as a singer since the early 1950s. He was inducted into the Grand Ole Opry on January 24, 2008.
Posted by Brock Townsend at Tuesday, August 25, 2015 4 comments: Links to this post

The Raping of America: Mile Markers on the Road to Fascism 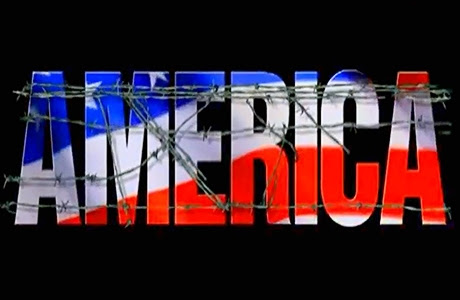 There’s an ill will blowing across the country. The economy is tanking. The people are directionless, and politics provides no answer. And like former regimes, the militarized police have stepped up to provide a façade of law and order manifested by an overt violence against the citizenry.

Despite the revelations of the past several years, nothing has changed to push back against the American police state. Our freedoms—especially the Fourth Amendment—continue to be choked out by a prevailing view among government bureaucrats that they have the right to search, seize, strip, scan, spy on, probe, pat down, taser, and arrest any individual at any time and for the slightest provocation.

Despite the recent outrage and protests, nothing has changed to restore us to our rightful role as having dominion over our bodies, our lives and our property, especially when it comes to interactions with the government.

Forced cavity searches, forced colonoscopies, forced blood draws, forced breath-alcohol tests, forced DNA extractions, forced eye scans, forced inclusion in biometric databases—these are just a few ways in which Americans continue to be reminded that we have no control over what happens to our bodies during an encounter with government officials. Thus far, the courts have done little to preserve our Fourth Amendment rights, let alone what shreds of bodily integrity remain to us.


More @ The Rutherford Institute
Posted by Brock Townsend at Tuesday, August 25, 2015 No comments: Links to this post 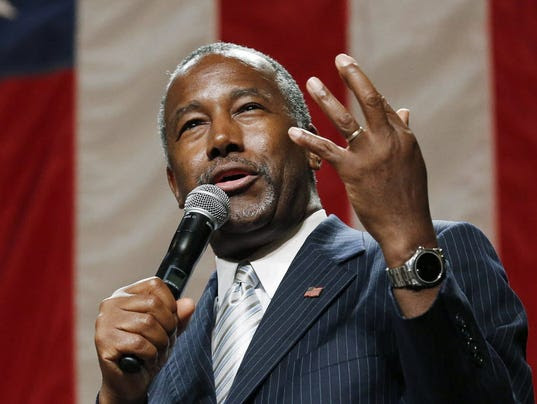 The idea that disrupting and protesting Bernie Sanders speeches will change what is wrong in America is lunacy. The "BlackLivesMatter" movement is focused on the wrong targets, to the detriment of blacks who would like to see real change and to the benefit of its powerful white liberal funders using the attacks on Sanders for political purposes that mean nothing for the problems that face our community.

The notion that some lives might matter less than others is meant to enrage. That anger is distracting us from what matters most. We're right to be angry, but we have to stay smart. 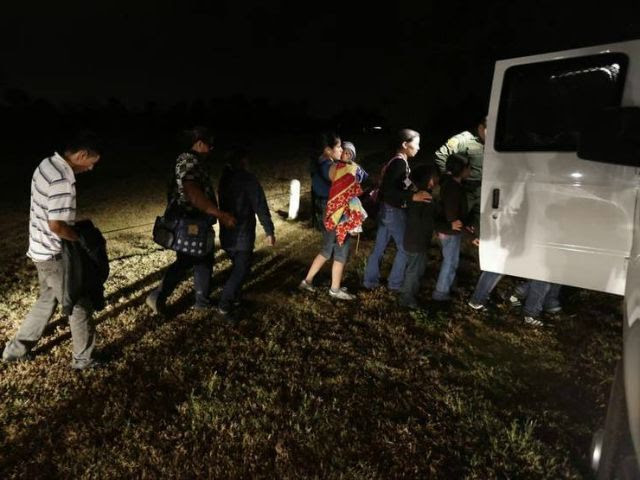 For every illegal migrant household that leaves the United States under Trump’s plan, Americans would recoup nearly three-quarters of a million dollars ($719,350), according to 2010 data collected by Heritage scholar Robert Rector.

N.C. GOP officials may try to keep Donald Trump out of the primary. They shouldn’t.

Trump the only Republican who has declined to do so.

In case you missed it, we said last month that Donald Trump wasn’t going to win the North Carolina primary.

We also said it two weeks ago.
.
We still feel that way. But we think it should be your call.

Politico reported last night that the North Carolina GOP is contemplating a new requirement that candidates pledge to support the Republican presidential nominee, no matter who it is, and not run for a third-party bid. If a candidate doesn’t make the pledge, he or she won’t be on the Republican primary ballot on March 1.


More @ My Informs
Posted by Brock Townsend at Tuesday, August 25, 2015 4 comments: Links to this post

Posted by Brock Townsend at Tuesday, August 25, 2015 2 comments: Links to this post

One Second After The Lights Go Out

@ The Survival Mom
Posted by Brock Townsend at Tuesday, August 25, 2015 2 comments: Links to this post

The Obama administration's politicized bureaucracies are trying to deceive the world once again, this time claiming, falsely, that July of 2015 was the “warmest on record.” In the real world, it was not even the hottest July since last year, according to the global satellite temperature record, which is considered more reliable and comprehensive than the admittedly manipulated and incomplete data relied upon by NASA and NOAA to make their latest false “warmest on record” pronouncements.

Virtually none of the establishment press bothered to mention the caveats on the methodology behind taking the Earth's temperature, preferring instead to parrot official press releases yet again.

The one-time classmates have started a petition on change.org asking that J.E.B. Stuart High School be renamed for civil rights leader and Supreme Court Justice Thurgood Marshall. By Monday morning the petition had attracted nearly 29,000 signatures.

In a statement to The Washington Post, (http://wapo.st/1I8lcpW ) Moore said it is reprehensible that the school is named for "a person who fought for the enslavement of other human beings."