The body of a man buried in northern Italy 2,000 years ago shows signs that he died after being nailed to a wooden cross, the method used for the execution of Jesus described in the Christian Bible.

Although crucifixion was a common form of capital punishment for criminals and slaves in ancient Roman times, the new finding is only the second time that direct archaeological evidence of it has been found.

A new study of the skeletal remains of the man, found near Venice in 2007, reveals a lesion and unhealed fracture on one of the heel bones that suggests his feet had been nailed to a cross. [8 Alleged Relics of Jesus of Nazareth] 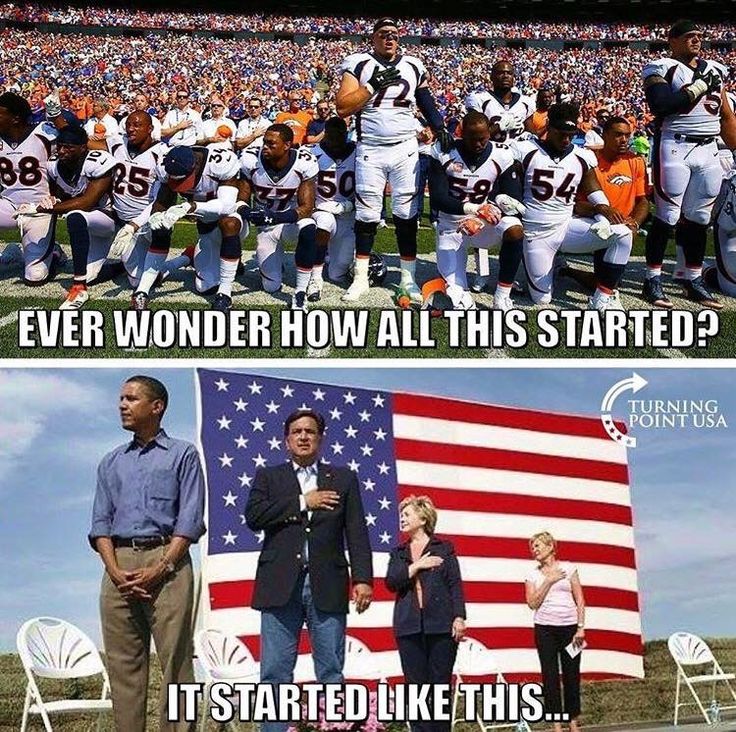 President Donald Trump announced that Eagles fans are still welcome at the White House Tuesday — but the team has been uninvited after saying that they would be sending a “smaller delegation.”
The White House will instead hold a ceremony to honor our nation and “loudly and proudly” play the National Anthem. Confederate West Virginia has always been an enigma. A bright fellow riding through Monroe County was intrigued by the Confederate monument in a field near Union. This biker-hiker-writer Michael Abraham wondered why. For clues, he went straight to local historians ‘Bud’ Robertson and Stuart McGeehee. In his thoughtful book, The Spine of the Virginias (2010, Pocahontas Press; Blacksburg, Virginia) he lets these experts tell a harrowing tale of why West Virginia will probably always fly Confederate flags.


More @ The Abbeville Institute
Posted by Brock Townsend at Monday, June 04, 2018 No comments:

Tomorrow (Tuesday, 6/5), the sponsors of the “School Self-Defense Act” (HB 1039) will be publicly introducing the bill, and you’re invited. GRNC was involved in creating this bill as well as directing input to the offices of the Speaker and the House Rules Chair, and we’re excited about its introduction. This is GRNC's answer to all of the counterproductive, and worse, gun-grabbing "solutions" proposed by the left. More press conference details below.


An anti-immigration opposition party won Slovenia’s parliamentary election on Sunday, taking 25 percent of the vote, according to preliminary results.

However, the center-right Slovenia Democratic Party (SDS) of former prime minister Janez Jansa may struggle to pull together a government as its hardline stance on immigration has left it short of potential coalition partners.

Jansa acknowledged any post-election negotiations would be difficult. “We will probably have to wait for some time ... before serious talks on a new government will be possible,” he told reporters after he cast his own vote.

Voters in a number of eastern members of the European Union - notably Hungary and Poland - have turned to parties which oppose the bloc’s plans under which countries would accept asylum seekers under a quota system.

Lega: If Soros is worried about the Italian government, we must be doing something right!

A war of words has erupted in Italy after a row broke out between George Soros and the Deputy Leader of Lega.

The row started after George Soros gave an interview in which he openly accused Lega leader, Matteo Salvini, of being funded by Russia.

He said: “Italians have a right to know if Salvini is funded by Putin, I am very concerned about Russian influences”. 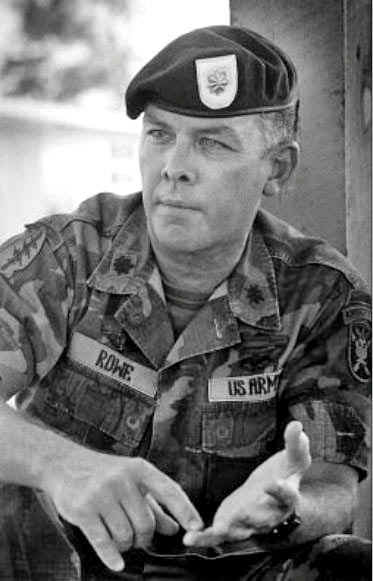 Who was Colonel Nick Rowe? He was first and foremost a Special Forces Officer. He was a West Point graduate. He was a former POW, having suffered for five years at the hands of his North Vietnamese captors before escaping and making his way back to US forces on his own. He was a teacher in that he founded and taught the U.S. Army Special Forces Survival, Evasion, Resistance and Escape (SERE) Program which trains military of all branches how to survive if they are separated from their forces, how to evade the enemy and make their way back to friendly forces, how to resist the enemy if captured, and how to plan an escape. He was a devout Christian. He was a real live hero of our times who became a living legend in the Special Forces community until his untimely assassination by guerilla insurgents in the Philippines.

I met Nick shortly after he was recalled to active duty in 1981 for the purposes of developing and operating the US Army Special Forces SERE Program at Fort Bragg, NC. I had read all about his experiences as a POW in his book "Five Years To Freedom". I wasn't sure what to expect when I was introduced to him, I guess maybe I expected a "John Wayne' type, but instead I was pleasantly surprised by a soft spoken gentleman who had one goal, one mission and that was to better prepare our military to prevent them from ever being captured and should that fail, prepare them to resist and escape capture. I liked him immediately. 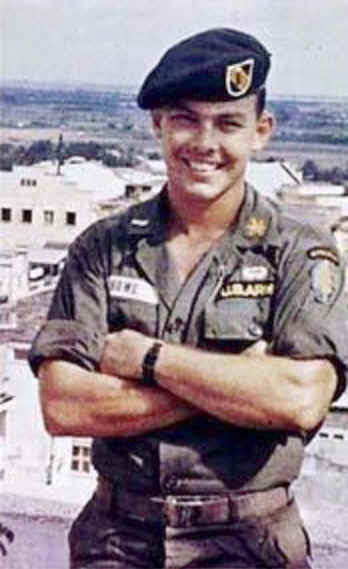 School shootings are not the only form of violence causing more parents to consider homeschooling. Many potential homeschooling parents are concerned about the failure of school administrators to effectively protect children from bullying by other students.

Of course many parents choose homeschooling as a means of protecting their children from federal education “reforms” such as Common Core. Other parents are motivated by a desire to protect their children from the cultural Marxism that has infiltrated many schools.

Democrats are struggling to make sure they can survive California's jungle primary, which allows the top two primary vote-getters regardless of party to move on to compete in the general election in November.

With so many Democratic candidates running in each district, they could end up dividing the Democratic vote so that they are shut out of the general and two Republicans emerge in the general election.

German Combat Pistols – Did the Guys Who Brought Us the Tiger Tank Really Think This was Enough Gun?

The exposed hammer was only barely thus and remained both easily accessed and snag-free. The slide locked to the rear on the last round fired but closed automatically when a fresh magazine was rammed home. Literally, nothing is faster even today. The magazine release was located on the heel after the European fashion, and there was a manual safety on the left rear aspect of the slide that did not drop the hammer.


World War 2 was the world’s bloodiest, most expansive conflict. For the first time in human history, man’s quarrels with his fellow man were settled via warfare around the globe fought on an industrial scale. Never before or since has there been such killing.

Today’s generation seems awash in a lamentable soul-drenching ambiguity. The good guys are never fully good, the bad guys are never fully bad, and classical mores once held sacrosanct are now open for moral dissection. Where previously our enemies were vilified on grounds that were cultural, spiritual, and anthropomorphic, nowadays such stuff smacks of racism and is pitilessly suppressed. The moral challenges for American youth are implicit and insidious. When playing cowboys and Indians, for instance, for whom should one root?

Alas, the Second World War was not encumbered with such. 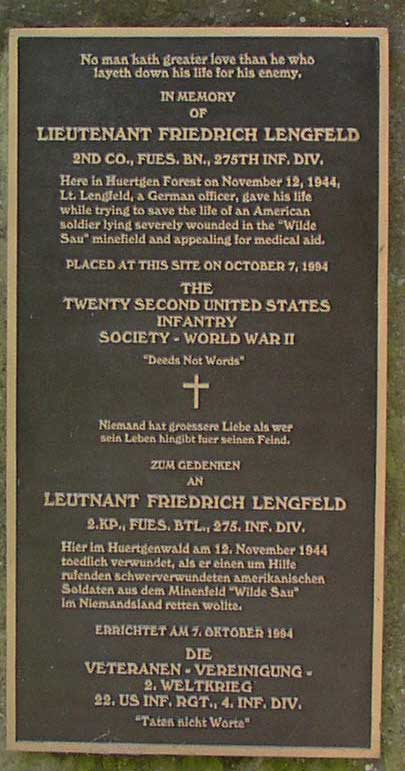 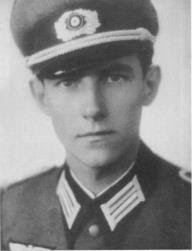 Sen. Mark Warner (D-Va.) told reporters he worries Trump is sending a message to witnesses in special counsel Robert Mueller’s probe, adding, “In the United States of America, nobody is above the law.”
Bingo! That’s exactly the point Trump is making, though he and Warner obviously disagree on who “nobody” is.


There they go again. For the 1 millionth time, anti-Trumpers are horrified, aghast, stupefied.

The president’s latest offense against their sensibilities is a pointed use of his pardon power. So far, he has pardoned just five people, including Jack Johnson, the legendary black boxer whose conviction a century ago was an act of pure racism.

The Supreme Court ruled Monday in favor of a Colorado baker who refused to make a wedding cake for a same-sex couple, in one of the most closely watched cases of the term.

In a 7-2 decision, the justices set aside a Colorado court ruling against the baker -- while stopping short of deciding the broader issue of whether a business can refuse to serve gay and lesbian people.

The opinion was penned by Justice Anthony Kennedy, who is often the swing justice in tight cases.

Via comment by Anonymous on Other nations forced Trump's hand on steel tariffs... 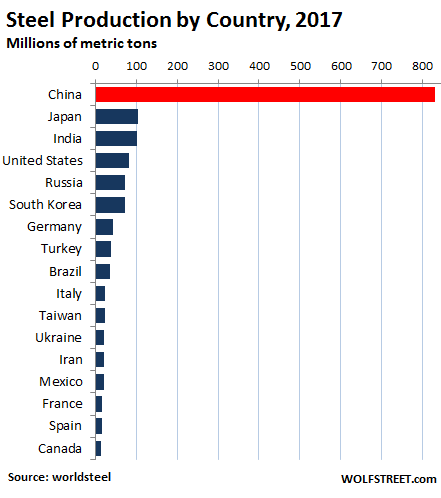 So here are the charts.

Steel tariffs are now in place, and the world is grumbling and threatening retaliation against the US. Its closest partners, such as Canada, are trying to figure out how to navigate the waters. Part of Corporate America is lobbying against it and wagging its checkbook. The other part of Corporate America — the part that has been lobbying for it — is now grinning from ear-to-ear. And the media is steeped in this melee. But just who is producing all this steel, and who is dominating this trade?

In April, China’s crude steel production rose 4.8% from a year ago to 76.7 million tonnes (Mt), the highest on record, according to the World Steel Association. This was nearly 11 times as large as the 6.9 Mt of crude steel that the US produced.