A frustrated President Trump said Thursday he’s ordered a Justice Department probe of leaks of classified information, and he defended fired National Security Adviser Michael Flynn, saying he “did nothing wrong” by talking to a Russian diplomat before the inauguration.

“We are looking into that very seriously,” Mr. Trump said of leaks by U.S. intelligence agencies. “It’s a criminal act. We’ve got to stop it.”

Pressed repeatedly by reporters in a 75-minute news conference on whether any of his aides had been in contact with Russia during the campaign — the subject of another leak this week — the president replied, “None that I know of.”

“Russia is a ruse. I have nothing to do with Russia. Haven’t made a phone call to Russia in years,” Mr. Trump said.

Why the South Fought

The Thirteen Colonies in their War of Independence had fought for freedom. But the French Revolution (a true revolution of an under­class) proclaimed not only liberty but equality: and that idea was loosened on the world. But liberty (freedom) and equality are natural allies only up to a point, and then enemies. They were opposed to a degree imperfectly understood by either side in the War for Southern Independence. Which principle was henceforth to limit the other? That question was at issue.

The North, fighting for a compelled union, won; but what also won was ever broadening equality, limiting freedom. More immedi­ately what won was—America. Henceforth Virginians and Carolini­ans were to be Americans and even, with a grim irony, Yankees. The “United States” ceased to be a plural term: a nation supplanted the united nations. Even the word “Union” disappeared, for the ghost of the old, dead, voluntary union of states clung about it and made it un-American. The Negro also won the war, almost incidentally, for the North did not fight for him but against his master: it was not a crusade, except for a few; and emancipation, limited to the Confeder­acy, was an act of war, not humanity. But the great, hidden victory was that of equality: the very words “freedom” and “equality” be­came confused and virtually synonymous. Now, said Karl Marx in 1866, the United States are “entering the revolutionary phase.”

Who Controls the Press?


Andrew Steuart was an Irishman brought from Pennsylvania by a committee from North Carolina, and who established his press in Wilmington before the Revolution. He was named “printer to His Majesty in this Province” in 1763 by Royal Governor Arthur Dobbs, but lost his appointment three years later after printing political tracts against the British Stamp Act. Steuart had discovered who actually controlled the press.Bernhard Thuersam, www.Circa1865.com   The Great American Political Divide

Who Controls the Press?

“To ask “who says” is to wonder who controls the press. Although the immediate answer would seem to be the printers who compiled the newspapers, the question is complicated by pressures upon the men who decided what and what not to print.

At times, especially in the earlier colonial period, material might be sufficiently scarce to preclude much choice, and printers printed virtually everything available. But increased trade, better communications, and the intensifying prerevolutionary debate permitted – in fact, demanded – greater selectivity and by the 1760s printers were regularly postponing or excluding items on the basis of length, character, or political priorities.

Ironically, the increased freedom of choice involving sensitive materials imposed constraints of its own. Like Linus in the comic strip “Peanuts,’ many printers learned that “life is full of choices, but you never get any.”

Referring to himself in the third person, Andrew Steuart, who published the North Carolina Gazette at Wilmington, expressed the essence of the resulting dilemma when he asked, “What part is he now to act?”. . . Continue to keep his Press open and free and be in Danger of Corporal Punishment, or block it up, and run the risque of having his Brains knocked out? Sad Alternative.”

Ironically, once again, navigating the tricky political waters between Scylla and Charbdis was usually more difficult for men whose monopoly of local printing would superficially appear to have placed them in a strong position.”

The National Association of Secretaries of State (NASS), which includes officials from all 50 states and U.S. territories, appealed to President Donald Trump in a resolution approved Saturday at the group’s winter meeting to overturn the Obama policy, but doing so may encounter unexpected resistance from the new administration.


More @ The Daily Caller
Posted by Brock Townsend at Monday, February 20, 2017 No comments:

On Sunday, Federal Election Commissioner Ann Ravel tweeted out that she is resigning her position effective March 1, 2017. In her resignation letter Ravel voiced her concerns to President Trump about campaign finance reform. 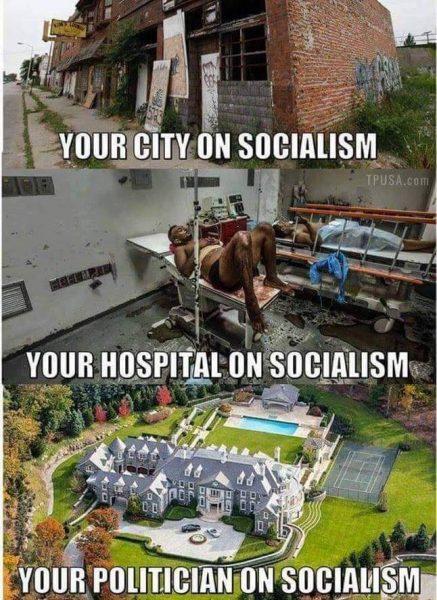 President Trump continues to deliver on his campaign promises in spades.

With nearly every initiative, he boldly obliterates the bureaucratic “business as usual, the people be damned” approach that Americans have endured for the past eight years.

The voters demanded change — drastic change — and that is exactly what they have received in the first few weeks of the Trump-Pence administration.


More @ The Washington Times
Posted by Brock Townsend at Monday, February 20, 2017 No comments:

Americans brimming with optimism on the economy

A strong majority of Americans say the U.S. economy is running strong, and most believe the upward trend will continue under President Trump, according to a Harvard-Harris poll provided exclusively to The Hill.

The survey found that 61 percent view the economy as strong, against 39 percent who say it is weak.

White House Chief of Staff Reince Priebus said Sunday that high-ranking U.S. intelligence officials have assured the administration that none of President Trump’s campaign aides had contact with Russian spies and that news reports that speculate otherwise are “complete garbage.”

Mr. Priebus made the comments as the Trump administration forcefully pushed back against reports that began with an anonymously sourced story in The New York Times that dominated news coverage for days.

“I’ve been approved to say this. The top levels of the intelligence community have assured me that story is not only inaccurate, but it is grossly overstated and it was wrong and there was nothing to it,” he said on “Fox News Sunday.”