Author of "American Sniper" among the dead at Rough Creek

A former Tarleton State University student who wrote the best-selling book, "American Sniper," was one of two victims shot and killed at Rough Creek Lodge Saturday.

Chris Kyle and another man were found dead at Rough Creek's shooting range between 3:30 and 4 p.m. Saturday, according to Sheriff Tommy Bryant.

Investigators would not release additional information about the case or comment on how Routh may have been connected to Kyle.

The name of the second victim has also not been released.

Kyle, 38, was a former Navy SEAL who served four tours of duty in Iraq, where he was given the nickname "The Devil of Ramadi" by insurgents.

In 2008, he made his longest successful shot after he spotted an insurgent with a rocket launcher near a U.S. Army convoy at a range of 2,100 yards (1.2 miles).

Kyle leaves behind a wife, Taya, and two children.

Sara Vanden Berge is the managing editor of the Empire-Tribune. She can be reached at sara.vandenberge@empiretribune.com. Follow her on Twitter @ETeditor.
Posted by Brock Townsend at Saturday, February 02, 2013 13 comments: Links to this post 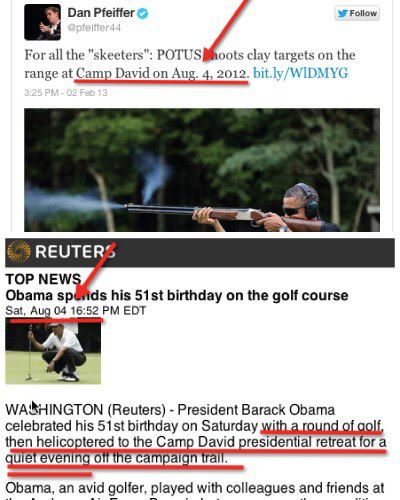 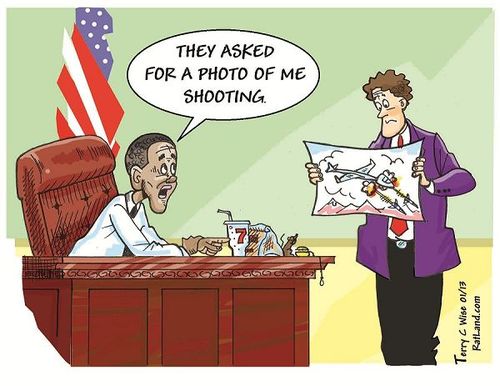 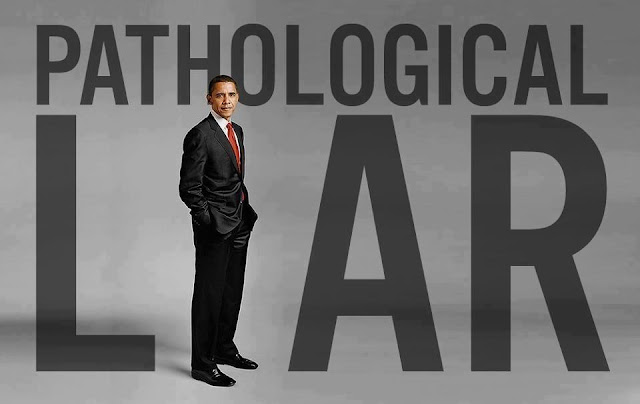 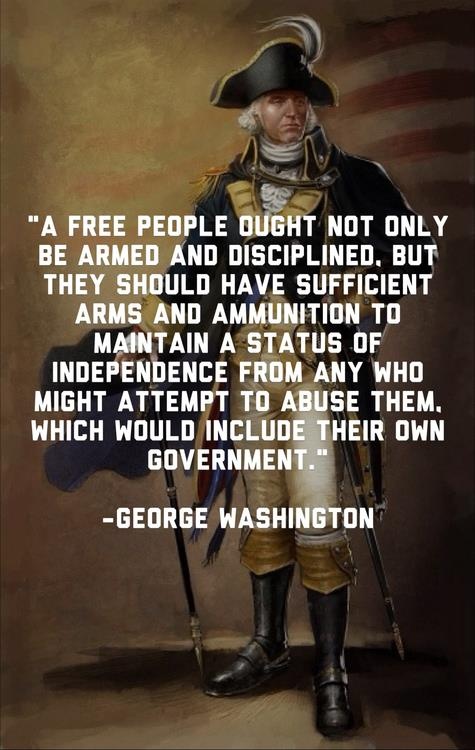 Posted by Brock Townsend at Saturday, February 02, 2013 3 comments: Links to this post

Would-be carjackers foiled by mysteries of the stick shift 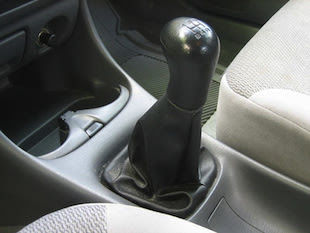 An attempted stickup was confounded by a car’s stick shift, when would-be carjackers failed to understand the mechanics behind a manual transmission.


Randolph Bean tells WOFL FOX 35 that two men attempted to steal his 2002 yellow Corvette at gunpoint outside an Orlando hospital, but they ended up running away after they couldn’t figure out how to drive his car.

"They apparently couldn't start it,” Bean 51, is quoted as saying in a police report. “I had to tell him four different times to push in the clutch, because it's a standard transmission."
After several failed attempts, the thieves eventually fled the scene. 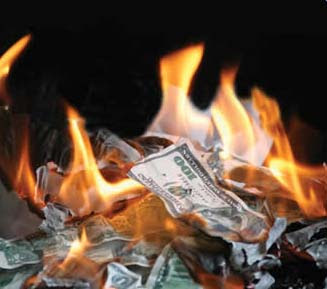 A few sovereignty defenders like Senator Jeff Sessions have begun to pipe up about mega amnesty’s mind-blowing cost to be paid by unwilling citizens, a message that hasn’t broken through to the dinosaur media.

Unsurprisingly, the Opravda media is more concerned with the politics of the scheme rather than the national effect of Mexicanizing our culture and shredding the importance of citizenship, not to mention the dollar amount to be paid for self-destruction.

In 2007, Heritage Foundation scholar Robert Rector authored an important study, Amnesty Will Cost U.S. Taxpayers at Least $2.6 Trillion. Now he is back, saying the increased costs everywhere, including Obamacare, will drive the price tag even higher. Incidentally, Rector is also an expert on welfare costs and is particularly qualified to understand the intersection of low-skilled immigrants and welfare use.

Rector says he is currently preparing a new report with updated figures. Hopefully that paper will be finished soon. Meanwhile, we have his recent remarks to ponder. In particular, why does this government insist upon importing and subsidizing poverty when we are $16 trillion in the hole already?


More @  Limits To Growth
Posted by Brock Townsend at Saturday, February 02, 2013 No comments: Links to this post

Via A Trainwreck In Maxwell 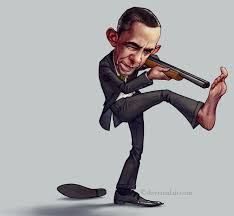 
This is not going to end well.

Posted by Brock Townsend at Saturday, February 02, 2013 21 comments: Links to this post 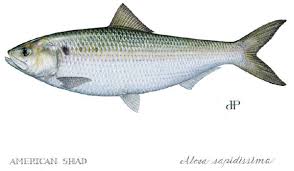 TARBORO — As you read this, thousands of Hickory shad and American shad, which we call white shad locally, are leaving the Atlantic Ocean entering the Albemarle and Pamlico Sounds, and heading up freshwater rivers to spawn.  Fish that live in saltwater, but travel to and reproduce in freshwater are classified as anadromous.  Striped bass, better known as rockfish, also follow this process several months after the shad.

This migration of spawning fish provides about 4-5 months of outstanding local fishing action in the Tar, Roanoke, and Neuse Rivers.  We will probably hit about 2-3 weeks in March when I would put up our excellent local shad fishing against angling anywhere.  It’s that good!  If you like to catch fish, an eastern North Carolina coastal river is the place to be during hickory shad, white shad, and rockfish season.


More @ The Daily Southerner
Posted by Brock Townsend at Saturday, February 02, 2013 2 comments: Links to this post 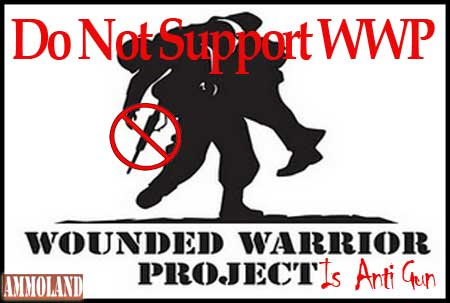 Does the Wounded Warrior Project (WWP) have a bias against guns and gun makers?

Two weeks ago that would have sounded crazy, but this week many shooters are convinced that it’s true. Hundreds of hunts and shoots are held as fundraisers for the WWP, and gun companies donate to WWP for its projects. How could it be that this $185 million (2013 projected revenue) outfit could be anti-gun?

It started with a simple invitation — I wanted someone from the Wounded Warrior Project to join me for the Veteran’s Day episode of my national radio show, Tom Gresham’s Gun Talk. I had no idea it would turn into a national dustup which now has the gun rights community in a turmoil — so much so that people are burning their Wounded Warrior Project shirts.

Here's a story that will leave you scratching your head. A Christian church and affiliated school in Florida held a fundraising drive to help the Wounded Warrior Project. Children in the school were excited about the task, but later were crushed when the funds were turned down, because the organization is "religious in nature."

As reported by Todd Starnes at Fox Radio, the pastor of Liberty Baptist Church and Academy, Wallace Cooley, said that "they had already paid a $100 registration fee to raise money for the Wounded Warrior Project and were about to launch the campaign when they received an email from the organization."
The church had planned on taking up a special offering on the last Sunday in February and students were collecting money from family and friends.

“We must decline the opportunity to be the beneficiary of your event due to our fundraising event criteria, which doesn’t allow community events to be religious in nature,” read an email from the WWP community events team. “Please note your registration fee will be refunded within the next 7-10 business days.”

But nowhere in the mainstream media did you hear that the U.S. economy lost more than 1.4 million jobs between December and January.  It is amazing the things that you can find out when you actually take the time to look at the hard numbers instead of just listening to the media spin.


More @ The Economic Collapse
Posted by Brock Townsend at Saturday, February 02, 2013 2 comments: Links to this post

Coroner: Ga. commissioner's death ruled a suicide although his hands were bound in front of him when police found his body

A medical examiner has ruled that a Georgia county commissioner who drowned near a boat dock after suffering a gunshot to the head committed suicide, the county coroner said Friday.

Police found the body of 52-year-old Glynn County Commissioner Tom Sublett early on Dec. 11 in the water beside a docked boat on St. Simons Island. His wallet was in his back pocket and still contained his driver's license and credit cards. An empty gun holster and a magazine loaded with 9mm bullets were found in Sublett's car nearby, but no gun was recovered.

Glynn County Coroner Jimmy Durden said in a telephone interview that the manner of death according to the Georgia Bureau of Investigation crime lab in Savannah is going to be suicide.

That conclusion is bound to prove contentious in the coastal community that was shocked by Sublett's death two weeks before Christmas. Authorities have spent nearly two months conducting a homicide investigation into Sublett's death while offering a reward of $70,000 raised from fellow officials, friends and other private donors.


More @ AJC
Posted by Brock Townsend at Saturday, February 02, 2013 No comments: Links to this post

She and Stallone make a pair.

Posted by Brock Townsend at Saturday, February 02, 2013 2 comments: Links to this post

Stallone : You can't hunt with an assault weapon

He really said that!

Sylvester Stallone says that despite his "Rambo" image and new shoot-em-up film "Bullet to the Head," he's in favor of new national gun control legislation.

Stallone supported the 1994 "Brady bill" that included a now-expired ban on assault weapons, and hopes that ban can be reinstated.

"I know people get (upset) and go, 'They're going to take away the assault weapon.' Who ... needs an assault weapon? Like really, unless you're carrying out an assault. ... You can't hunt with it. ... Who's going to attack your house, a (expletive) army?"

Alabama was the most conservative state in the union in 2012, with more than half of state residents describing themselves as politically conservative, according to a new survey released today by Gallup.

The Princeton, N.J.-based polling firm found that 50.6 percent of Alabamians identified their ideology as conservative, the highest among all states. North Dakota and Wyoming tied for second at 48.6 percent, followed by Mississippi (48.2) and Utah (48).
Residents of the District of Columbia were by far the most likely to identify as liberal (41%), followed by Massachusetts (31%), Oregon, and Vermont (each at 29% liberal).
Gallup compiled the rankings through telephone surveys conducted from January through December of last year, tracking more than 211,000 adults in all 50 states.
While Alabama is reliably Republican, Gallup did find that there is not a perfect correlation between ideology and party.

More @ AL
Posted by Brock Townsend at Saturday, February 02, 2013 No comments: Links to this post

Expulsion Reversed for Girl Who Brought Plastic Gun to School

Like her father stated "A pencil is more of a weapon than the toy gun she brought to school."

A six-year-old girl expelled for bringing a clear plastic gun to class will be allowed to return to school.
Sumter County Schools Superintendent Dr. Randolph Bynum said Thursday afternoon that he would vacate a decision to remove Naomi McKinney from school.

McKinney had brought plastic gun to Alice Drive Elementary school earlier this month for show and tell. An Sumter Police Department incident report states the item is an Airsoft gun that shoots plastic pellets, but that the gun was not operational. In the report, it states there were visible BBs inside.

When she arrived at school, McKinney told the teacher what she had. The teacher then notified administrators, who then sent the child home.

She was expelled, and the decision was upheld by the superintendent and the school board.


More @ WLTX
Posted by Brock Townsend at Saturday, February 02, 2013 No comments: Links to this post