The raid in Germany was on the CIA

Adam Housley, formerly of Fox News, now just using his sources to do twitter for fun, says “One of the claims by Powell I have looked into…the claim a location was raided in Germany with servers. I have 3 sources on this…all as solid as they come. Here is what I have found: 1.There is/was a clandestine location in Frankfurt run by CIA used to monitor/manipulate elections around globe. 2.That location did have servers & a front company as cover. 3.I cannot confirm the location was tied to U.S. elections. 4. One source says raided, 2 don’t know.”

None of the usual “libs” in the comments attacking Housley or minimizing his story. Nor are the reporters from ABC, NBC, and CNN tweeting back and forth with him like they did a few days ago to call him irresponsible for saying if there are allegations of fraud, they should be checked out. Like talking about surveillance, they were told to try and let this one just drift away into the fog quietly, not call attention to it, and hope nobody noticed.

Also note, Sidney Powell is literally a close associate of/lawyer for Michael Flynn, so she has a pipeline into the most secret areas of the intel community, so it is no surprise she was right. What this all means is Trump is playing to win.

From that, you can infer that one, he did not just start yesterday – all of this was planned, and two, they didn’t raid a super classified CIA server farm filled with NOCs and dedicated to election hacking across the globe off of somebody’s random guess. Three, if successful (and they would be, as they would not raid such a facility off of a guess), it means there is no doubt, Trump is taking office in January, and the salt will be glorious – of a level nobody may ever again see in anyone’s lifetimes. It also means they are going to blow the whole thing open, and it will be as shocking as Q promised.

Bulldog Trump Attorney To Raffensperger: “People Are Going To Prison In Georgia”

Trump campaign attorney Lin Wood warns officials in Georgia that he is coming after them for election misconduct.

This is pretty big folks

As things continue to heat up between the Trump campaign legal team, and election officals in several states, Lin Wood has issued a dire warning to lawmakers in Georgia.

Wood claims that he has evidence of fraud on video, as well as signed, SWORN affidavits of those who witnessed the fraud first hand.

Trending: Joe DiGenova: “Now Sidney Powell Can Do What She NEEDS To Do, I Am 100% Confident She Has It All”

To all those who scoff and dismiss the evidence, I have but one thing to say:

Wood’s got the goods.

“The evidence is so overwhelming, it’s almost as though they were so blatant about it they expected us to catch it,” she said.

Asked if Trump’s presidency can be saved, Powell replied: “Yes, I definitely do. There are, there’s no issue in my mind, but that he was elected in an absolute landslide nationwide.”

Sidney Powell isn’t done fighting for President Trump even though the Trump legal team distanced themselves from the attorney over the weekend.

The former federal prosecutor told Fox Business host Lou Dobbs on Tuesday that she plans to file a lawsuit in federal court “no later” than Thanksgiving eve.

“It’s a massive document. And it’s going to have a lot of exhibits,” Powell said, adding that the defendants are “going to be folks in Georgia who are responsible for supposedly making sure the elections in Georgia are done properly, and there are just countless incidents of voter fraud and election fraud writ large in Georgia.”

The Transformation Of The Postal Service Into An Instrument Of Cultural Marxism. 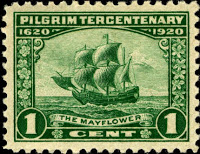 There should be little surprise that the Postal Service has become embroiled in the corruption of this year's election. Like so many of our institutions it has become subverted and perverted by cultural Marxism.

There once was a time, not that long ago, when stamp collecting was not only a popular hobby, but the publication of stamps was an important way of memorializing important people, places and events to the American people. This was vitally important in showing Americans that they had more in common and uniting than any differences coming from where they lived or how differently they spelled their last names. This knitting together of Americans would play a crucial role in the Second World War.

FDR recognized this and as an avid collector himself, he personally selected the designs of many of the stamps issued during his tenure in the White House. Most noted of these was the National Parks issues of 1934 and 1935.

Joe DiGenova: “Now Sidney Powell Can Do What She NEEDS To Do, I Am 100% Confident She Has It All” 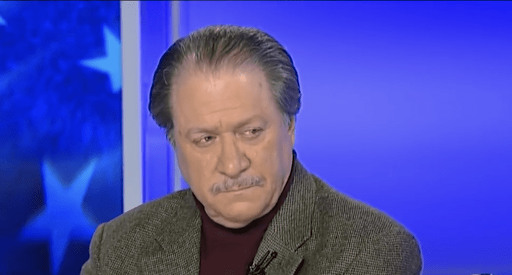 First, it was a mutual decision.

They had to do it to free her up to do what she “needed to do”.

She had to be outside the restrictions the Trump legal team would place on her.

All is good between the teams, and DiGenova is 100% confident that Powell has what she says she has.

She has it all.