Re-post 2012
A part in the definition of super hero is a person who is ready to sacrifice his or her life to save human's life. Reading the following story, we should be proud of the anonymous heroes who consistently and bravely fought the enemies until last minutes of theVN war. They not only saved their people's lives, but also contributed such golden pages to the VN history.

The following historical written memoirs are based on the report of Captain Tran Phuc, a very courageous fighter pilot of the Dragon 518th Squadron, one of the tactical fighter Squadrons of the South VN, and also the leader of the Dragon 51 flight.

In the last days of the VN war, he fought bravely and persistently against the enemy's firepower, regardless of the enemy's hailstorm of bullets and 122mm rockets that are extremely dangerous to both aircrafts and considered life threatening to pilots. The bombs he dropped destroying more than a hundred artilleries of 122 mm rockets set around the perimeter of TSN Air Base and the Saigon surburbs by the North Communists Army. His last flights saved up to thousand of South Vietnamese civilians.

His story will bring us back to the horrible scenes of Saigon and TSN Air Base under cruel attacks of the North Vietnamese Army's firepower in the last days before falling.

The House of Representatives seeks contempt citations(?) against the JusticeDepartment and the FBI for withholding key documents and an FBI witness which could shed light on surveillance of associates of Donald Trump. Big stuff. Deep State. Give this information NOW! @FoxNews


More with video @ The Gateway Pundit
Posted by Brock Townsend at Wednesday, November 29, 2017 No comments:

Via comment by Anonymous on How much land does the federal government “own” in..

In a  another stunning turn of events, All of the tier three defendants in the Bundy Ranch trials, including Cliven and Ammon Bundy and Ryan Payne have all been given pre-trial release!

So much for a “threat to society”!

In a few video reports on the court’s ruling on Tuesday, Brad Thornton issued the news and answered questions.

The Mainstream Media’s Accused — The Rap Sheet, 19 So Far 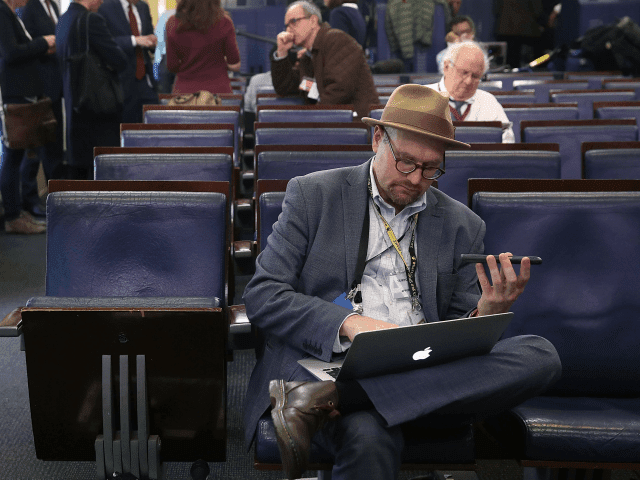 To the surprise of absolutely no one, the very same mainstream media that attempted to disqualify then-presidential candidate Mitt Romney in 2012 over the phrase “binders full of women,” the very same media that grinded Republican senate candidate Todd Akin into dust over something he said, appears to be, itself, a depraved institution populated by powerful abusers and their enablers.

You read that correctly, according to those within this wicked institution, everyone knew … and did nothing.

There is no question there is a cancer of abuse and enabling within our elite media, an institution that, through its unceasing fake news and hypocrisy on matters such as these, has deservedly lost all public trust and moral authority.

Journalist Garrison Keillor, who wrote in a Washington Post article yesterday that calls for Al Franken to resign over his sexual assault scandal were “absurd,” was fired the very next day for his own “improper behavior”.

Life comes at you fast.

Since 2011, North Carolina has recognized permits issued by other states to carry a concealed weapon. But not everyone returns the favor.

Mueller made sure that the U.S. government would ignore and deny the motivating ideology behind the jihad threat.

It has come to light that as director of the FBI, Robert Mueller, who is currently the special counsel looking for any dirt he can find on Donald Trump, presided over the 2012 removal of all counterterror training materials of any mention of Islam and jihad in connection with terrorism. Since then, our law enforcement and intelligence officials have been blundering along in self-imposed darkness about the motivating ideology behind the jihad threat. This, it turns out, was Mueller’s doing.

In February 2012, the Obama Administration purged more than one thousand documents and presentations from counter-terror training material for the FBI and other agencies. This material was discarded at the demand of Muslim groups, which had deemed it inaccurate or offensive to Muslims.

Bruce Willis: ‘Trump Is The Best US President Ever, Anyone Who Dislikes Him Should Move To Canada'

Highest Jump Into a Pool Ever Filmed

Campus newspaper editorial: 'Your [white] DNA is an abomination'

Andrew Homann, former TSU student body president, took to Facebook to express his disgust with the blatantly anti-white piece.
“Just when you think the opinion's columns in the University Star couldn't get any worse, they publish this masterpiece and exceed my expectations,” Homann posted.

A new opinion piece in a Texas State University student newspaper tells white students “Your DNA is an Abomination.”

“When I think of all the white people I have ever encountered - whether they’ve been professors, peers, lovers, friend, police officers, et cetera - there is perhaps only a dozen I would consider ‘decent,’” student author Rudy Martinez writes in the University Star.

Without much biological explanation, Martinez informs white readers, “You were not born white. You became white… You don’t give a damn.” Later in his rant, he calls the police “fascist foot soldiers” and says a “white supremacist inhabits the White House.”

The editorial also suggests that “whiteness in the United States” is a “construct used to perpetuate a system of racist power.”

Carr: OK, Fake Indian, time to either give up the claim or prove it

How much longer do we have to pretend that Elizabeth Warren is anything but a Fake Indian?

It happened again yesterday — President Trump referred to the senior senator from Massachusetts as “Pocahontas,” and the alt-left media went into paroxysms of fake outrage, as if it’s somehow “racism” to call out a fraud like the Fake Indian.

Is Germany's attitude to migrants changing?

In a stunning statement Monday evening, radical left-wing political commentator Keith Olbermann announced his immediate retirement, claiming he was inspired to act now because of his confidence that President Donald Trump will “soon” be impeached.

“I am confident now, even more so than I have been over the last year, that this nightmare presidency of Donald John Trump will end prematurely and end soon, and I am thus also confident that this is the correct moment to end this series of commentaries,” he said on his web series, according to The Hill.

RE: Zionist Jews Happily Brag About Being At The Cente...":

I was asked to delete this by the author, but I thought I should post the comments.  Thanks

NITZAKHON has left a new comment on your post "Zionist Jews Happily Brag About Being At The Cente...":

Brock - Thanks for pulling it and please see the email I just mailed you. Presented stand-alone without the context of the surrounding text, this paints a 180 picture from what I intended.

Anonymous has left a new comment on your post "Zionist Jews Happily Brag About Being At The Cente...":

What an idiot. I think that I might be getting red pilled on these jews.

Hawk1776 has left a new comment on your post "Zionist Jews Happily Brag About Being At The Cente...":

That was a frightening video. The Jews are delusional; the Muslims will exterminate them. It reminds me of the Aesop Fable "The Farmer and the Snake".
Posted by Brock Townsend at Wednesday, November 29, 2017 9 comments:

Donald J. Trump‏Verified account @realDonaldTrump
Wow, Matt Lauer was just fired from NBC for “inappropriate sexual behavior in the workplace.” But when will the top executives at NBC & Comcast be fired for putting out so much Fake News. Check out Andy Lack’s past!
7:16 AM - 29 Nov 2017


Matt Lauer being fired over allegations of sexual harassment is laced with irony given that Lauer is suspected to have played a key role in leaking the infamous Hollywood Access tape that was used to demonize Donald Trump as an abuser of women.

NBC announced it was terminating Lauer’s contract following “a detailed complaint from a colleague about inappropriate sexual behavior in the workplace.”

The network also revealed that it was “also presented with reason to believe this may not have been an isolated incident.”

If the claims are true that Lauer has engaged in the sexual harassment of women, it sheds a different light on the Today host’s role in framing Donald Trump as a misogynist who harassed women. Scientific testing at what is believed to be Jesus’s tomb dates material there to the fourth century, supporting traditional beliefs surrounding the site, an expert involved in the study said on Tuesday.

The study offers no further evidence whether or not Jesus was actually buried at the site in Jerusalem, but was consistent with the historical belief that the Romans built a monument there some 300 years after his death.

It is the first time such testing has been carried out at the site, located at what is now the Church of the Holy Sepulchre and encased in an elaborate shrine, or edicule.


More @ The Telegraph
Posted by Brock Townsend at Wednesday, November 29, 2017 No comments: