“You are the bureaucrats that Thomas Jefferson warned us about" 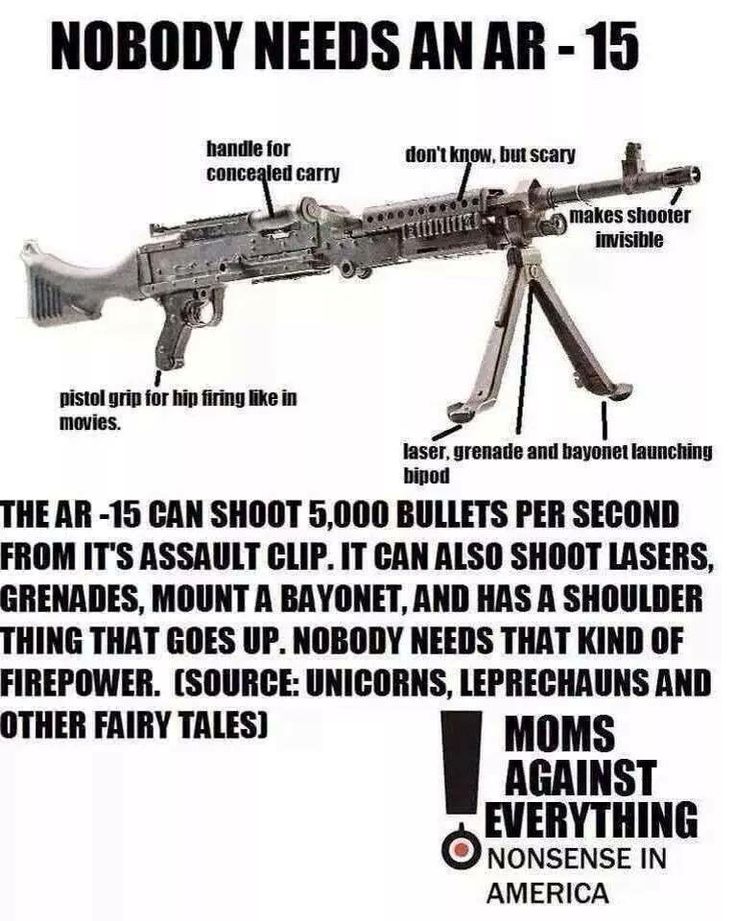 A pro-gun group has filed a federal lawsuit against a Chicago suburb that banned so-called “assault rifles” as well as high-capacity magazines, a press release stated.

The Second Amendment Foundation made the announcement just days after Deerfield, Illinois passed the ban, saying that it violated state law.

GOODBYE TO THE LEFT

The Truth About the Chemical Weapons Attack in Syria

How Does Weather.com Know My Indoor Temperature?

70°F
25%
Based on your indoor thermostat level, your indoor humidity level and condition is Too Dry
Posted by Brock Townsend at Sunday, April 08, 2018 12 comments:

A small crowd gathered at Fruitful Seasons Pistol Packing Saturday afternoon to talk about school safety in Henderson County and what can be done to make sure the county’s students are safe when in class.

From teachers carrying weapons to improved security features like fencing, metal detectors and added officers at schools, the discussion featured Henderson County Sheriff Charles McDonald and County Commissioner Grady Hawkins, among others, talking about what action is being taken and what considerations are on the table.M ore @ Blue Ridge Now

Lost in the hyper-politicized hullabaloo surrounding the Nunes Memorandum and the Steele Dossier was the striking statement by Secretary of Defense James Mattis that the U.S. has “no evidence” that the Syrian government used the banned nerve agent Sarin against its own people.

This assertion flies in the face of the White House (NSC) Memorandum which was rapidly produced and declassified to justify an American Tomahawk missile strike against the Shayrat airbase in Syria.

Mattis offered no temporal qualifications, which means that both the 2017 event in Khan Sheikhoun and the 2013 tragedy in Ghouta are unsolved cases in the eyes of the Defense Department and Defense Intelligence Agency.


Stephen A. Douglas of Illinois addressed the United States Senate on January 3, 1861 (below), after the Committee of Thirteen was unable to agree on a plan to remedy the escalating sectional crisis between North and South. He promoted several constitutional amendments to peacefully reestablish the Union on the basis of sectional integrity and national prosperity. The new Republican Party refused several attempts at compromise, and invaded the American South after provoking a conflict at Charleston harbor.  It should be remembered that Article 3, Section 3 or the Constitution defines treason as waging war against “them,” the united States.
Bernhard Thuersam, www.Circa1865.org   The Great American Political Divide

“In my opinion, the Constitution was intended as a bond of perpetual Union. It was intended to last [forever], and was so understood when ratified by the people of the several States. New York and Virginia have been referred to as having ratified with the reserved right to withdraw or secede at pleasure. This was a mistake. [Their intention was] that they had not surrendered the right to resume the delegated powers, [and] must be understood as referring to the right of revolution, which nobody acknowledges more freely than I do, and not the right of secession.

Nor do I sympathize at all in all the apprehensions and misgivings I hear expressed about coercion. We are told that inasmuch as our Government is founded upon the will of the people, or the consent of the governed, therefore coercion is incompatible with republicanism. Sir, the word government means coercion. There can be no Government without coercion.

But coercion must always be used in the mode prescribed in the Constitution and laws. But the proposition to subvert the de facto government of South Carolina, and reduce the people of that State into subjection to our Federal authority, no longer involves the question of enforcing the laws in a country within our possession; but does involve a question whether we will make war on a State which has withdrawn her allegiance and expelled our authorities, with the view of subjecting her to our possession for the purpose of enforcing our laws within her limits.

I desire to know from my Union-loving friends on the other side of the Chamber how they intend to enforce the laws in the seceding States, except by making war, conquering them first, and administering the laws in them afterwards.

In my opinion, we have reached a point where dissolution is inevitable, unless some compromise, founded upon mutual concession, can be made. I prefer compromise to war. The preservation of this Union, the integrity of this Republic, is of more importance than party platforms or individual records.

Why not allow the people to pass [judgment] on these questions? All we have to do is to submit [the constitutional compromises] to the States. If the people reject them, theirs will be the responsibility . . . if they accept them, the country will be safe, and at peace.

The political party which shall refuse to allow [the] people do determine for themselves at the ballot-box the issue between revolution and war on the one side, and obstinate adherence to a party platform on the other, will assume a fearful responsibility.

A war upon a political issue, waged by a people of eighteen States against a people of fifteen States, is a fearful and revolting thought. The South will be a unit, and desperate, under the belief that your object in waging war is their destruction, and not the preservation of the Union; that you meditate servile insurrection . . . by fire and sword, in the name and under the pretext of enforcing the laws and vindicating the authority of the Government.

You know that such is the prevailing opinion at the South; and that ten million people are preparing for the conflict under that conviction.”

Museum of the Republic of Vietnam Armed Forces , Westminster

American public schools are becoming reminiscent of fascist and socialist school systems in both the past and the present not to mention racist and sexist with their anti-white male propaganda. If you can, you should withdraw your kids from public schools to avoid the toxicity there.

The Freedom Center’s new pamphlet documents how the Left is subverting our students’ education.

The same “progressives” who have made American higher education into indoctrination chambers for cultural Marxism, identity racism and other anti-American ideas are now targeting our K-12 public schools.

In Search of Intelligent Latin Policy: To Sleep, Perchance to Dream…. 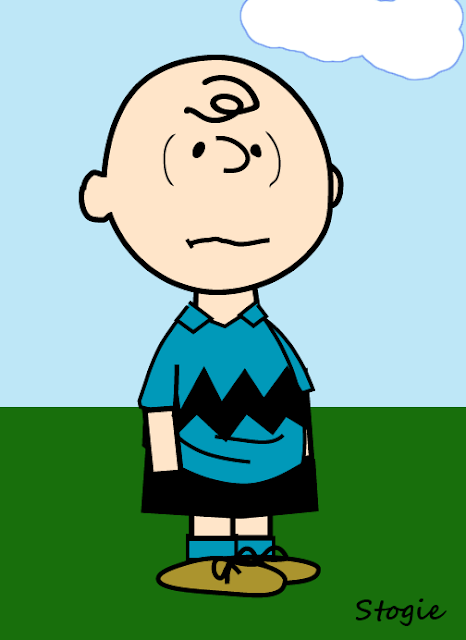 The obvious and intelligent course regarding immigration from the south is to stop further influx and assimilate those who are not going away and, being citizens, cannot be deported. Mr. Trump’s placing of troops along the border, if carried out, can quickly and practically accomplish the first of these, as his silly wall would not. This accomplished, the chief obstacle to assimilation, crucial to the well-being of the United States, will be something called the Alt-Right. (Not all think the same) 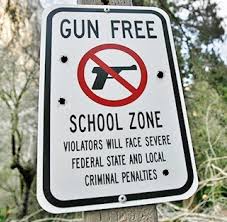 Most of my fellow academics seem to harbor a visceral antipathy toward guns. Many, perhaps most,  would  like  to  see  all  private  gun  ownership  outlawed.  I  think  this position  is  not  well
grounded,  either  in empirical  evidence  or  in  moral  principle.  If we followed the lessons that we or at least, the social scientists among us try to teach our students, we would not be so confident of the benefits of gun restrictions.

If we traced the implications of the moral principles we accept in other contexts, we would not be so quick to dismiss the rights of gun owners. Like most controversial issues, the issue of gun control is highly complex, and it is commonly treated in a sadly oversimplified manner. I can’t fix that problem here though I have discussed the issue at greater length elsewhere.

Here, I will address only  what  seem  to  me  the  two  most  important  arguments  concerning  the  simplest and  most  extreme  form  of  gun  control,  which  would  be  a  complete  ban  on private gun ownership. The first argument is that gun prohibition would violate the right of individuals  to  protect  themselves.  The  second  argument  is  that  gun  prohibition  will fail because criminals will disregard.

Trump slams DOJ, FBI over missed document deadline: 'What is going on?'

President Trump on Saturday slammed the Justice Department for failing to meet a deadline to turn over documents related to the FBI’s decisions in the Hillary Clinton email probe, alleged abuses of the Foreign Intelligence Surveillance Act (FISA) and the recommendation to fire former FBI Deputy Director Andrew McCabe.

“Slow walking - what is going on? BAD!” Trump tweeted.

Kennedy on Washington, Jefferson and Lee. 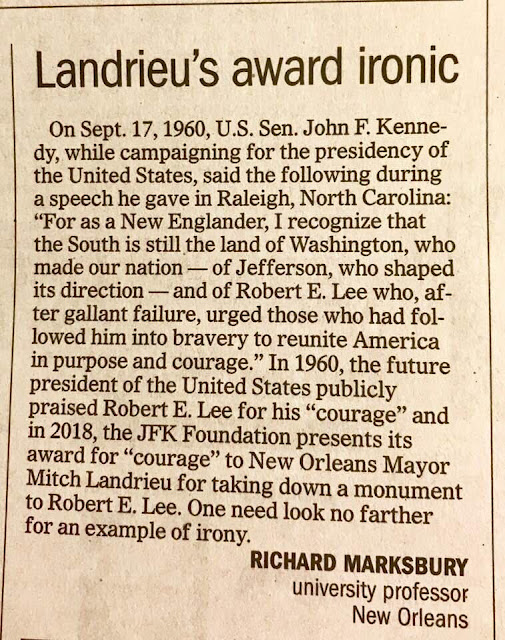