Respect The Flag, by John McNaughton On June 20, 1816, Thomas Jefferson wrote to William Crawford: “If any state in the Union will declare that it prefers separation … to a continuance in union, I have no hesitation in saying, ‘Let us separate.’” Jefferson thought secession can be a good thing. Lincoln in his first inaugural presented secession as something always bad: “Secession,” he said, “is the essence of anarchy.” In saying this, Lincoln and the Lincolnian legacy placed, in effect, a “Berlin Wall” around the American States.

Once in the Union, a State could never secede. The Civil War was a show of force to demonstrate that if a State tried, it would be shot. Less than fifty years later, Francis Bellamy wrote the Pledge of Allegiance (1892) as a schoolhouse indoctrination to teach children the meaning of the Civil War which. He said it could be reduced to three words: “one nation indivisible.”[i]


More @ The Abbeville Institute
Posted by Brock Townsend at Monday, October 15, 2018 No comments:

The lead reminds me of Buddy Holly
Posted by Brock Townsend at Monday, October 15, 2018 2 comments:

Dickey Chapelle: "When I die, I want it to be on patrol with the United States Marines" - Her last words: "I guess it was bound to happen." 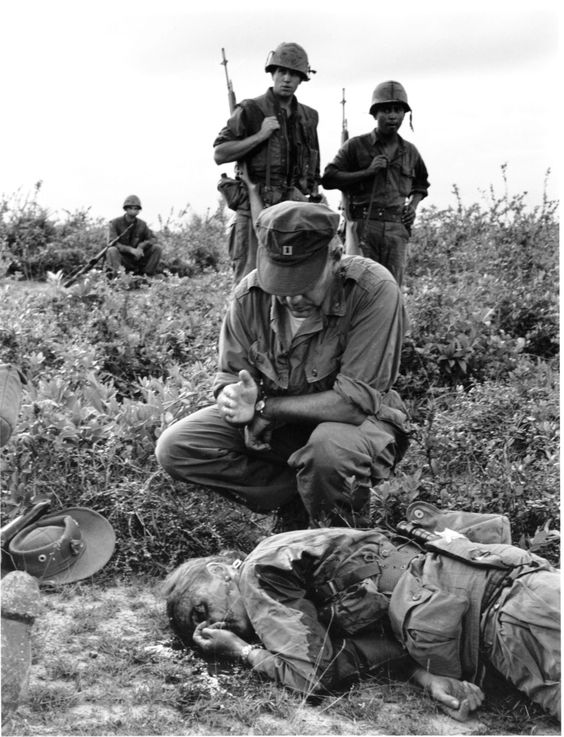 Photojournalist Dickey Chapelle was wearing combat boots, a bush hat and her signature pearl earrings when she was hit by shrapnel from a Viet Cong land mine near Chu Lai Air Base on Nov. 4, 1965. 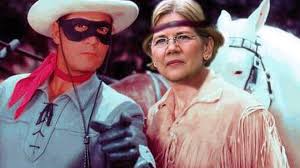 “A DNA test is useless to determine tribal citizenship. Current DNA tests do not even distinguish whether a person’s ancestors were indigenous to North or South America,” Cherokee Nation Secretary of State Chuck Hoskins Jr. Said. “Sovereign tribal nations set their own legal requirements for citizenship, and while DNA tests can be used to determine lineage, such as paternity to an individual, it is not evidence for tribal affiliation.”

Censorship As Civil War–hide the truth and keep your enemies silent!

Civil war comes in many forms–two opposing factions vying for control of a government; one group striving for control of a government while their opposition (usually ordinary folks) don’t even recognize what is going on; one revolutionary group (usually behind the scenes, often in government, financing and guiding radicals in the streets and enabling them to commit “uncivil acts” (Hillary’s term) against the general population to scare them in order to keep them from exercising their mandate to vote and take part in the political life of the nation. There are probably other examples, but you get the idea.

#3 Daughter Bonnie, named after the flag :) and gang!

“The Founders of the American Republic all knew the sad story of the Roman Republic. What the Founders had learned were lessons that illustrate the importance of a virtuous armed populace as an essential check on the inevitable depredations of a central government and its standing army.

Caesar’s use of the standing army to subdue Rome was used by the Antifederalists to show that an army drawn from the best, most faithful and most honorable parts of society could still be used to enslave their country.  And even Americans who felt at least a small standing army to be necessary were aware of the dangers. As James Madison wrote in Federalist 41, “the liberties of Rome proved the final victim to her military triumphs.”

The Founders greatly feared the corruption of the citizenry fostered by Rome’s ever-expanding government.  The Roman free-bread program produced a vast body of citizens too lazy to work.  Similarly, modern American police chiefs who warn citizens not to use force to protect themselves from force “have created a population of millions of people without the courage or character to protect themselves or their families from deadly assault.”

[When] Rome moved away from [its] militia system toward a mercenary standing army, the character of the citizenry began to decay. As Edward Gibbon, in the Decline and Fall of the Roman Empire, explains:

“In the purer ages of the commonwealth, the use of arms was reserved for those ranks of citizens who had a country to love, a property to defend, and some share in enacting those laws which it was their interest, as well as duty, to maintain. But in proportion as the public freedom was lost in extent of conquest, war was gradually improved into an art, and degraded into a trade.”

As the Roman standing army secured a vast empire against barbarian incursions, the people of the empire lost their capacity for self-government. “They received laws and governors from the will of their sovereign, and trusted for the defense a mercenary army,” Gibbon explained. The once-great Romans became, morally speaking, “a race of pigmies,” and an easy target for the German tribes whose conquest of decrepit Rome finally “restored the manly spirit of freedom.”

John Schlafly and Joe Hoft on the Mueller Investigation

Warren Mocked Over DNA Test: Did NOT Compare Against Real Native American DNA 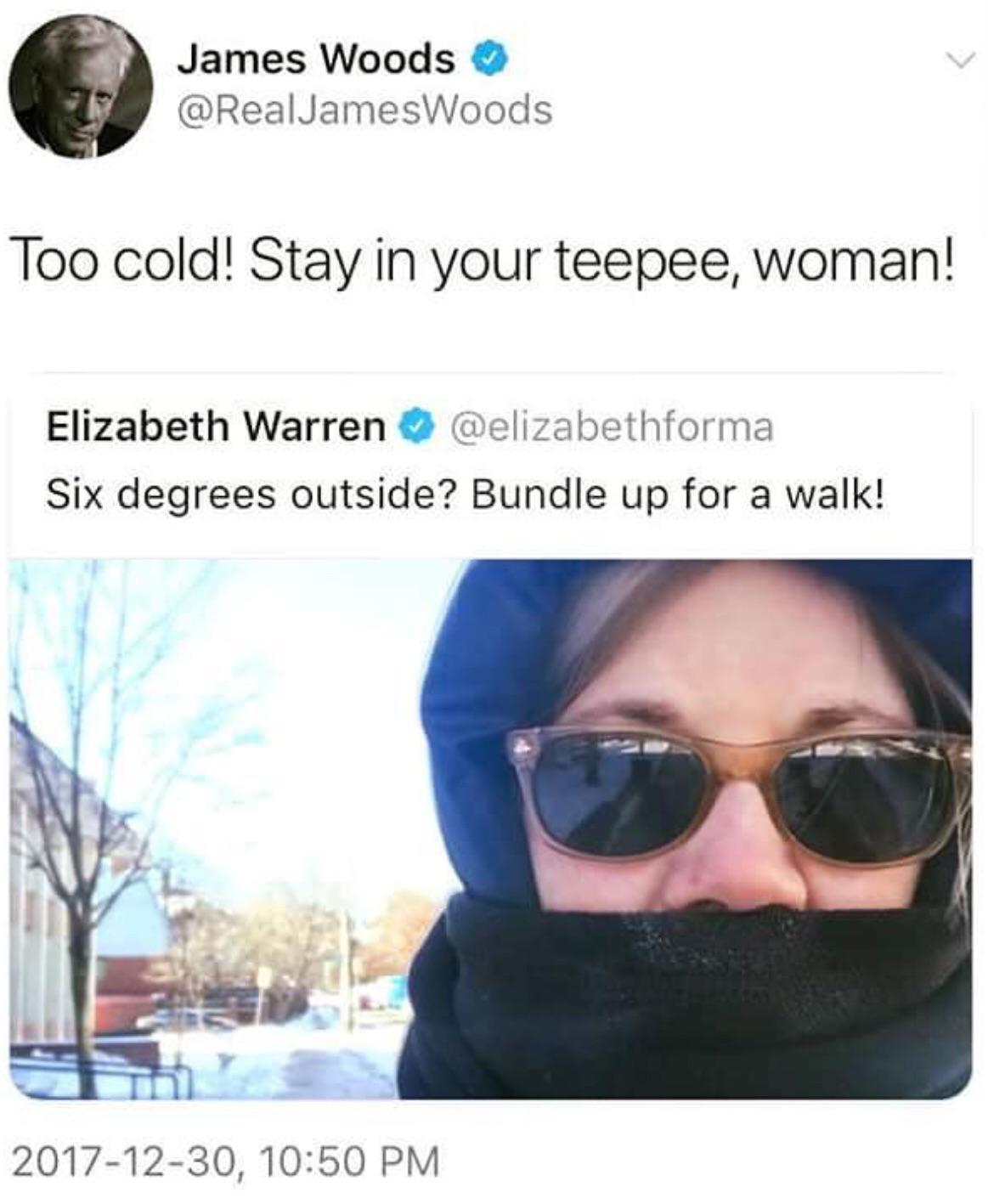 Hollywood actor James Woods noted an important paragraph in the Boston Globe’s story, which said that the professor who conducted the test used samples from Mexico, Peru, and Colombia to “stand in” for Native American.

The actual facts are that a non commercial tester, Carlos Bustamante, deduced that Warren was between 1/32 to 1/512 Colombian, Peruvian, or Mexican. The dearth of Native American DNA prompted the “examiner” to use these national markers based on migration theory. #SeñoritaWarren https://t.co/OnUhOV1DB2
— James Woods (@RealJamesWoods) October 15, 2018

Average American-European has double the Native American genomes as Warren, according to NYT

“America cannot be great if no one takes us seriously. The good news is that President Trump is making other countries respect us again, which is why leaders from around the world, allies and competitors alike, are lining up to negotiate with him,” retired senior intelligence operations officer Tony Shaffer writes in  The Hill.

“Now is the time for criminal justice reform, and President Trump is the man to do it,” the Washington Examiner editorial board writes. President Trump, “more than any recent president, has talked about battling crime. Today, he sees prison reform as part of that approach. Let's hope Congress gets a bill to his desk so that he can redefine what it means to be ‘tough on crime.’”

“File this one under ‘why wasn’t it already illegal?’: President Trump last week signed two bills banning gag orders that stop pharmacists from alerting you to how you can pay less for a prescribed drug,” the New York Post editorial board writes. The editors add that this small step “should save some consumers hundreds of dollars a year” and is part of President Trump’s drive to lower drug prices.
Posted by Brock Townsend at Monday, October 15, 2018 No comments: 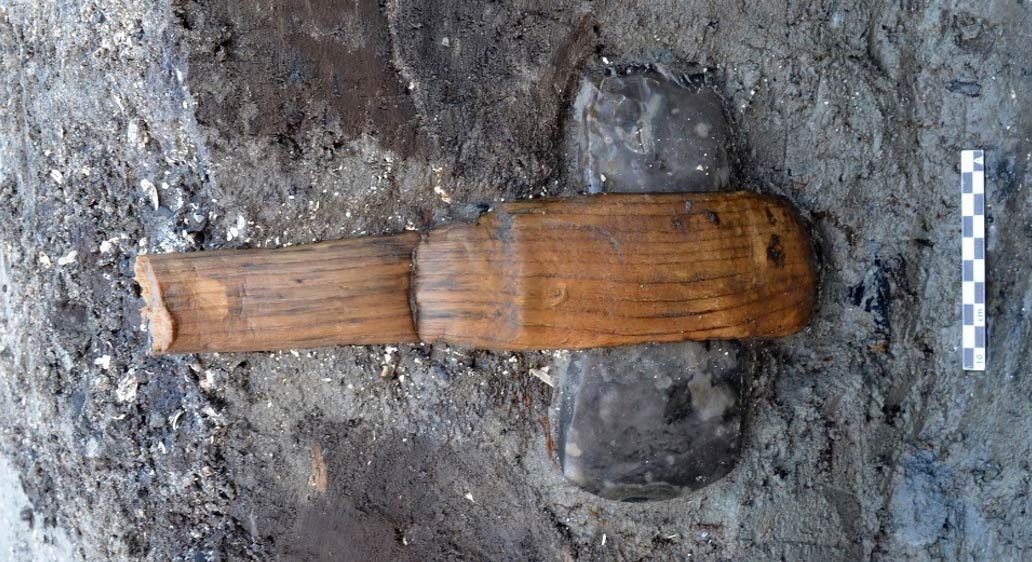 Archaeologists from the Museum Lolland-Falster in Denmark made an extremely rare discovery when they unearthed a complete hand axe with handle still attached in what was once a seabed in prehistoric times. The 5,500-year-old artifact was found in what has been described as a ‘ritual hot bed’, in which a series of tools and other artifacts had been purposely placed vertically in the earth.