Tucker: Two years of Russia hysteria is over Of all the American vice-presidents, none is more vilified than John C. Calhoun.

Calhoun is known as the “defender of slavery,” the “cast iron man,” the “man who started the civil war.” His monument in Charleston has been vandalized, his name removed from Calhoun College at Yale, his Alma Mater, and now his home, Clemson University, is debating whether to drop his name from the honors college. Why?


More @ The Abbeville Institute
Posted by Brock Townsend at Friday, April 19, 2019 No comments:

A patriot loves his land, his people, [and] his society because they are his. A nationalist glories in the power of his government over others. Nationalism is a defect of the spirit. It characterizes people who have no other identity than their identification with the power in the government of the nation-state.”


“When we discovered Son Doong Cave in 2009 and completed its survey in 2010, we realized that the final end of the river in the cave was just 600 meters in a straight line from the end of Thung Cave,” Howard Limbert, a member of the British Cave Research Association who’s currently the technical director of Oxalis, a local tour agency providing Son Doong adventures, told Tuoi Tre in an interview last year.

Oxalis started organizing the dive last year and invited divers Rick Stanton, John Volanthen, Jason Mallinson and Chris Jewell to help scour the submerged path. They were all heavily involved in the historic rescue of the 12 Thai boys and their coach who were trapped in Tham Luang Cave in Thailand last July. Eventually, Volanthen couldn’t join, but the other three recently wrapped up their Quang Binh visit.

According to the divers, preliminary measurements estimated the depth of the submerged passage in Son Doong to be 93 meters. They were hoping that somewhere along the way down, there would be an opening and a horizontal path connecting Son Doong with the Thung Cave. However, when Mallinson reached 77 meters, he had to resurface due to lack of oxygen.

Had the team managed to uncover a link between the two caves, it could have been a historic discovery. At the moment, Son Doong is the largest cave in the world in size, but not in volume, a record held by Malaysia’s Clearwater Cave System (39.5 million cubic meters). If Son Doong and Thung caves are indeed interconnected, this will make the cave system the largest in the world at 40.4 million cubic meters, according to Limbert.

Nevertheless, the divers plan to return to the cave next year for another trip, this time perhaps with helium-added scuba tanks capable of taking them down 120–200 meters.
Posted by Brock Townsend at Friday, April 19, 2019 No comments: 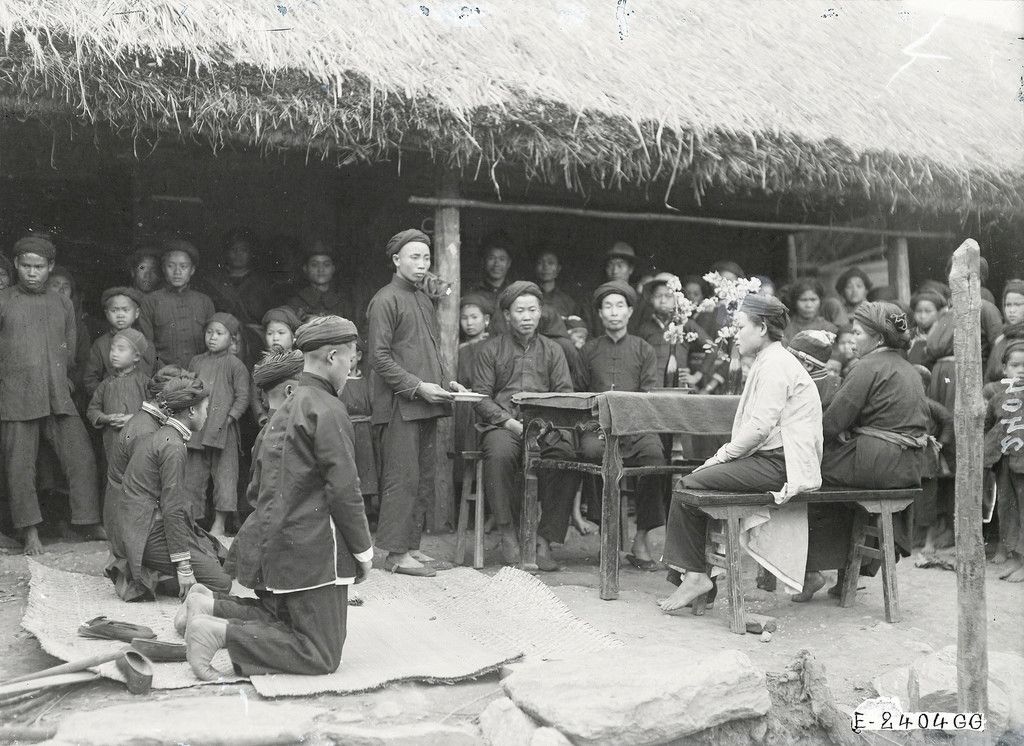 The rare set of photos depict a wedding ceremony in the 1920s between young members of the ethnic minority Tay people in Bac Ha District of Lao Cai Province.

Not uncommon for the time, the children were joined in an arranged marriage in their northern homeland. Though it's no longer always the case in modern time, parents once selected their child's spouse. The wedding then involved a series of rituals including the giving of at least 100 kilograms of pork, round glutinous rice cakes, roosters, alcohol and money. Now, young Tay people are free to marry for love, but in most cases they still have to seek the approval of the parents from both sides.

According to Tay traditions, the groom's family will pay for the wedding, symbolizing the family's appreciation for the bride's family in raising her. Her family will use part of the money to buy new clothes, jewelry, household items for the new couple and food, rice wine for the wedding reception with neighbors. Depending on the groom's financial situation, the amount of bride service could be negotiated prior to the wedding between two households. 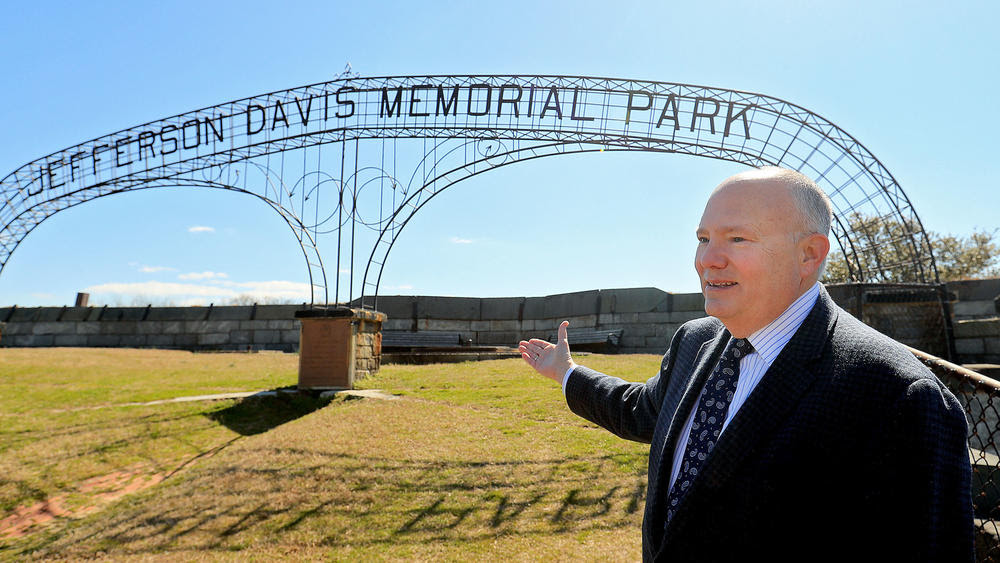 Gov. Ralph Northam has called for the removal of the Jefferson Davis Memorial arch at Fort Monroe, saying its continued presence has an “adverse effect” on the historic property and urged the authority’s board of trustees to initiate steps to take it down.

In a letter presented Thursday to the Fort Monroe Authority Board of Trustees, Chief of Staff Clark Mercer relayed the governor’s stance, asking an eight-member panel and those ex-officio members present to take necessary steps to remove the arch and all references to the Jefferson Davis Memorial Park, located at Bernard and Ruckman road intersection near a 500-yard terreplein.

On Tuesday, Democratic president candidate Rep. Eric Swalwell took aim at the NRA, taunting them that they wouldn’t debate him. But NRA spokeswoman Dana Loesch had a swift and blistering response, quoting from Val Kilmer’s immortal performance as Doc Holliday in the film “Tombstone” and firing back, “I’m your huckleberry.”

Sara Carter: There Will Be Indictments: Deep State DOJ and FBI Operatives are Panicked, Ratting Out Each other

TRUMP: It’s Time to “Turn the Tables” and Bring Justice to People Who Have Committed Serious Crimes… Spying or Treason 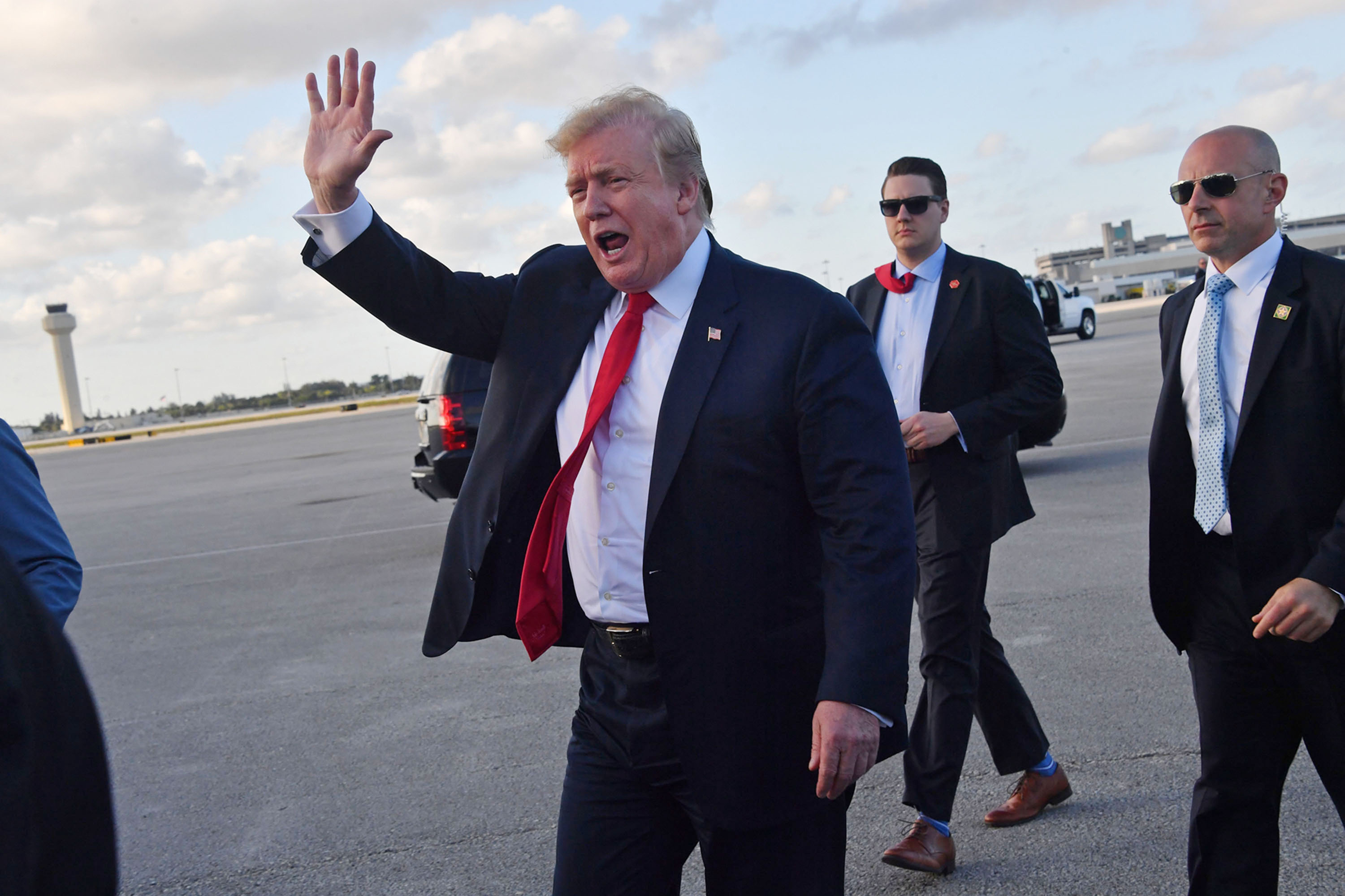 President Trump unleashed on the Deep State Friday afternoon and said it’s time to “turn the tables and bring justice to some very sick and dangerous people.”

Earlier Friday, President Trump went off on the garbage Mueller report, calling some of the tales in the report “bullshit.”

“This was an Illegally Started Hoax that never should have happened,” Trump tweeted Friday morning.


More @ The Gateway Pundit
Posted by Brock Townsend at Friday, April 19, 2019 No comments:

A Day At Our Beleaguered Border: Human Smugglers In Arizona Fire AK-47s At DHS Agents

As The Daily Wire has reported at length, the nation is currently experiencing an unprecedented crisis of bogus asylum-centric migrant influxes at our southern border that, as Brandon Judd, president of the National Border Patrol Council, recently told Conservative Review's Daniel Horowitz in an interview, makes for "uncharted waters" for our border and homeland security apparatus. U.S. Customs and Border Protection tried to put the border numbers in context, as part of its press release accompanying its report for the month of March:

In two years, President Trump went from despairing that his presidency would be destroyed by special counsel Robert Mueller’s probe to exulting Thursday that his exoneration signifies “game over” for his partisan tormentors.

When the president learned in May 2017 that Mr. Mueller had been appointed to investigate suspected collusion by the Trump campaign with Russia, Mr. Trump slumped in a chair and exclaimed, “I’m f—d,” according to the special counsel’s 400-page report.


More @ The Washington Times
Posted by Brock Townsend at Friday, April 19, 2019 No comments: 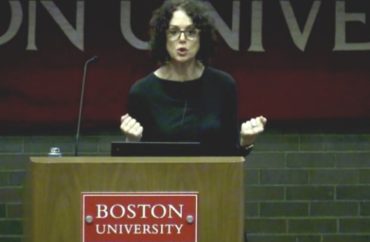 A  guest lecturer at Boston University said last month that white people who judge others as individuals instead of by their skin color are “dangerous,” according to a report in the College Fix.

The lecture, entitled “What Does It Mean To Be White,” was given by University of Washington Professor Robin DiAngelo, a white woman.

DiAngelo, who according to her website specializes in “whiteness studies,” added that people who say they’ve been taught to treat everyone the same deny black people their reality.