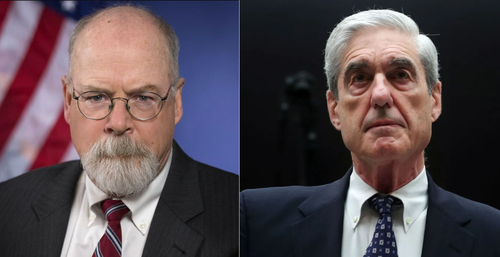 This makes a person wonder if there has ever been a FBI case that wasn’t a frame-up.

This makes a person wonder if there ever has been a terrorist attack that the FBI didn’t organize:

3rd 'Continental Congress' to assemble 'patriots' in Philadelphia: Organizers call for independence from 'the despots and tyrants' controlling 'body politic'

It was a remote and controlling government that was demanding new taxes – on tea and more – and insisting on a subservience that included providing housing and food for an occupying force that triggered the famed Boston Tea Party.

But those colonists didn't stop there. Next, in September of 1774, representatives from 12 of America's original 13 colonies met in the First Continental Congress in Philadelphia's Carpenters' Hall, and they insisted that the king of England back off, enforcing their demands with a boycott of British trade and goods.

73-Year-Old Pastor and Purple Heart Veteran Arrested For Being at Capitol, His Son Also Arrested in Front of 3-Year-Old Daughter (VIDEOS) A 73-year-old Purple Heart Vietnam veteran and pastor James Cusick has been arrested at his home in Florida for being at the Capitol on January 6, though he was not involved in any violence or vandalism.

His son Casey, was also arrested in front of his distraught 3-year-old daughter who asked why they were locking her dad’s hands. He is also not accused of any violence or vandalism. Videos of the heartbreaking scene were provided to the Gateway Pundit.

A Commie Has No Reverse 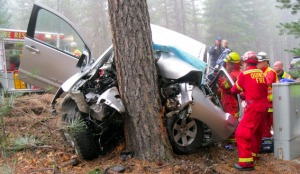 There are Nine Principles of Freedom, all of which were covered in the Bill of Rights as the first ten amendments to the U.S. Constitution, without which there never would have been ratification. This is how dear these rights are. The fact that there is a fundamental misunderstanding of the definition of a right is purely due to the convenient and purposeful disregard by lawmakers.

An individual right, the one thing worth defending with one’s life, is a constitutional principle, but not only that, it is an individual responsibility to convey whole and undamaged to future generations. As a people, we have forgotten that we are mere caretakers of these rights, they do not belong to us to use or discard as we find politically pleasing. It was a promise from our founding fathers and maintained all the way until the communist coup against them.

An appeals court suspended Rudy Giuliani from practicing law in New York claiming he made false statements while trying to get courts to overturn Donald Trump’s loss in the presidential race.

An attorney disciplinary committee claimed in its motion to suspend Giuliani’s license that there was “uncontroverted evidence” that Giuliani had made false statements to the courts, the public and lawmakers as he pushed theories that the election was stolen through fraud.

The ruling, signed Thursday, will prevent Giuliani from representing clients as a lawyer.

Giuliani's attorneys said in a statement that it was “unprecedented” for Giuliani to be suspended before “being afforded a hearing on the issues that are alleged.”

“Have you noticed that they are now admitting I was right about everything they lied about before the election?” President Trump asked, in reference to the media, via an email to his supporters.

He went on to list 10 stories from 2020 alone that the former commander-in-chief has been vindicated on, calling into question just what the heck media was focusing on all of last year.

Getting subtle messages from U.S. officials saying, in effect: "We're coming for you McAfee! We're going to kill yourself". I got a tattoo today just in case. If I suicide myself, I didn't. I was whackd. Check my right arm.$WHACKD available only on https://t.co/HdSEYi9krq:) pic.twitter.com/rJ0Vi2Hpjj

According to reports, tech entrepreneur John McAfee — and founder of the McAfee antivirus software company — has died by suicide in a Spanish jail cell while awaiting extradition to the United States on various financial charges.

Police sources told Spain’s El Pais newspaper that McAfee was found dead in his cell in Barcelona’s Brians 2 prison, located in Sant Esteve de Sesrovires, with the Catalan Department of Justice reporting that “everything points to a suicide.”
More @ RTM
Posted by Brock Townsend at Thursday, June 24, 2021 2 comments:

The 2nd Amendment is Obsolete, Says Congressman Who Wants To Nuke Omaha

Last week a congressman embarrassed himself on Twitter. He got into a debate about gun control, suggested a mandatory buyback—which is basically confiscation with a happy face sticker on it—and when someone told him that they would resist, he said resistance was futile because the government has nukes.

Top officials have warned that if the National Guard is not reimbursed the $521 million it is owed by August, it will be forced to reduce drill and annual training, along with operational maintenance.

The National Guard deployed more troops during 2020 than any time since World War II a top general said Wednesday, but White House budget cuts would mean a decrease in troops for the fiscal year 2022.

"Some states had a significant increase in the amount of [operational tempo] that they had previously had, and so they've asked for additional force structure," General Daniel Hokanson told reporters during a Wednesday press event. "Those decisions are made at the Secretary of the Army and Secretary of the Air Force level."