Why Do The Enemies of Liberty So Desperately Fear President Donald J. Trump? 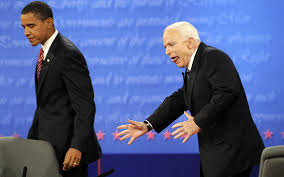 Is anyone really surprised that McCain would slur The Commander-In-Chief to a gathering of global elitist? Donald Trump has been in the White House less than ONE month and already the "maverick" John McCain has sewn more seeds of contempt and dissension against President Trump than he ever did against Obongo in the eight years that musoloid-Kenyan was in office. It is obvious that party affiliation and the well being of the country mean little to McCain. He is showing his true colors and only confirming what most already know and that is the fact that he is a huge part of the "SWAMP".

McCain could at least play charade like his spineless RHINO counterparts McConnell and Ryan.

Those two do attempt to conceal their disdain for the Washington "outsider" who was elected President as they "ride" his coattails. I hope Trump burns McCain's ass. The "maverick" from The Grand Canyon State should have been put out to pasture years ago as he has fed at the government trough way to long.

Anti-Trump Senator John McCain flew to Germany this week to trash President Donald Trump in his speech to European leaders.


What a treasonous act to his president, the Republican Party and to his country.

Refugee resettlement agency to lay off 140 staffers, close five locations & Illegals - We Know Where They are - So Let the Deportations Begin One of the nine U.S. organizations that work with the United Nation’s refugee program announced Wednesday that it will lay off about 140 staff members and close five offices that have resettled more than 25,000 refugees.

In a statement, evangelical relief and development agency World Relief called the decision “a direct result of the recent decision by the Trump Administration,” citing President Trump’s executive order that reduced the number of refugees the United States will admit.

Illegals - We Know Where They are - So Let the Deportations Begin
Posted by Brock Townsend at Saturday, February 18, 2017 No comments:

CBS anchor John Dickerson: Press ruined its reputation 'on its own'

In a radio interview Friday, conservative host Hugh Hewitt referred to the previous day's press conference at the White House in which Trump unloaded on the news media and told reporters in the room that the public cannot trust them.

"But that one comment, they don't trust you anymore, is a summation of where we are in America, because I really do think Manhattan-Beltway elites have lost the country," Hewitt said. "They've lost it."

While President Trump’s refugee freeze is tied up in the courts, the State Department has sped up acceptance of newcomers from the Middle Eastern terrorist havens targeted by the freeze. Most voters think that’s making America less safe.

Do you see the writing on the wall? Do you see what is happening here?

If there was any doubt that the Trump era will eventually unfold into either a) revolution and total chaos, b) a police state under martial law or c) a coup or assassination against the leader of the free world, then it should be clear from this.

Behind the scenes, the intelligence community are at war with President Donald Trump.

He has refused to attend CIA briefings; they have sabotaged his National Security Advisor by leaking classified communications with the explicit purpose of undermining the new administration and stoking tensions with Russia.

If Gen. Mike Flynn can be removed, it not only challenges the power of the Trump White House but builds upon the false narrative that Russia has been involved in hacking, cyber attacks and undermining legitimate U.S. power.

Greg Hunter of USA Watchdog spoke with the very insightful Catherine Austin Fitts about the palace intrigue and cloak-and-dagger inner-workings of the new administration, and the creatures of the establishment who resent their rival claim to power over U.S. policy.

Trump To Recruit Billionaire To Go After The Intelligence Community Deep State
Posted by Brock Townsend at Saturday, February 18, 2017 No comments: 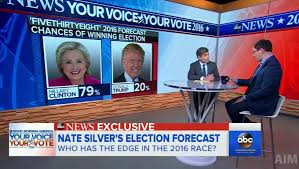 It is difficult to overstate just how enraged state Democratic activists and leaders are with Organizing for Action (OFA), the political and community-organizing army that grew out of Barack Obama’s presidential campaigns.

The nonprofit, which functions as a sort of parallel-Democratic National Committee, was founded to mobilize Democratic voters and supporters in defense of President Obama’s, and the Democratic Party’s, agenda. Instead, the organization has drawn the intense ire, both public and private, of grassroots organizers and state parties that are convinced that OFA inadvertently helped decimate Democrats at the state and local level, while Republicans cemented historic levels of power and Donald J. Trump actually became leader of the free world.


More @ The Daily Beast
Posted by Brock Townsend at Saturday, February 18, 2017 No comments:

The information from the calls was leaked by liberal operatives to liberal media hacks.

Conservative foundation Judicial Watch is planning to sue several government agencies if they do not hand over records related to the wiretapping of former National Security Adviser Michael Flynn.


More @ The Gateway Pundit
Posted by Brock Townsend at Saturday, February 18, 2017 No comments:

‘National Guard Fake Memo’ Was Ploy To Smoke Out The Leaker

Multiple sources within the WH have told me that the “memo” on the 100K National Guard soldiers was fake news designed to smoke out leaker.
— Mike Cernovich  (@Cernovich) February 17, 2017

Give 10 different people 10 different copies of the “same” memo. Include 1 different words or typos in each. Oldest trick in the book.
— Mike Cernovich  (@Cernovich) February 17, 2017

George Soros' alleged meddling in European politics has caught the attention of Congress.

Concerns about Soros' involvement most recently were raised by the Hungarian prime minister, who last week lashed out at the Soros "empire" and accused it of deploying "tons of money and international heavy artillery."

But days earlier, Republican lawmakers in Washington started asking questions about whether U.S. tax dollars also were being used to fund Soros projects in the small, conservative-led country of Macedonia.