A Phoenix-based firearms manufacturer recently made an offer Donald Trump can’t refuse. Patriot Ordnance Factory founder Frank DeSomma sent a message through Guns.com psychic medium and videographer Ben Philippi to the likely Republican presidential nominee offering firepower for one of the campaign promises the real estate tycoon has made.

“Patriot Ordinance Factory will put a free rifle in every guard tower along the border of the wall you build. Remember, go Donald Trump, vote for gun rights. Do not take away our rights,” DeSomma told Guns.com during this weekend’s NRA convention in Louisville.

Trump has frequently claimed he will build a wall at the U.S. southern border with Mexico, which stretches some 1,989 miles from San Diego at the southern edge of California, through Arizona and New Mexico, to the southern-most point at Brownsville, Texas.

As Trump ratchets up the rhetoric on his proposed wall, migrants increasingly flock to the border at the prospect of a more difficult crossing, the Washington Post reports.

Manipulation Of Money And Credit 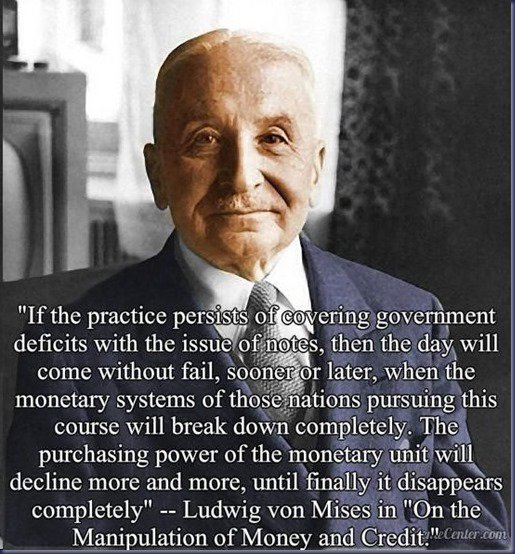 NC: An Evening With HK

We have just 2 weeks to  sell the rest of what we have left of the original 300 tickets that were to be sold. I think we have about a 120 left. The tickets will pay for the expenses of HK Edgerton, the Shriner's meeting hall and food.

Please come out and support the camp.

H. K. Edgerton is an African-American activist for Southern heritage and a member of the Sons of Confederate Veterans. He has often spoken at  Confederate flag rallies, is a former president of the Asheville, North Carolina chapter of the NAACP  and is on the board of the Southern Legal Resource Center.

In events to publicize his positions, Edgerton has made solo walks: in 2002 from North Carolina to Texas to build awareness of Southern heritage and in January 2009, when he walked from North Carolina to Washington, DC seeking "official U.S. government recognition of the Confederate battle flag as a symbol of Southern heritage" from the new administration.

Tickets will be $20.00 and can be purchased through the SCV Chapter Rains Brothers Camp 1370 New Bern, NC by emailing rainsbrotherscamp1307@gmail.com or contacting one of it's members.

Proceeds will go to help build a Confederate Monument here in Craven County for all Confederate troops that fought in all the battles that were in New Bern,Craven County NC during the war.
Posted by Brock Townsend at Thursday, May 26, 2016 2 comments:

Maryland farmer Calvin Taylor has lived his life always trying to do the right thing.

Through their business, the couple employs a number of teenagers to work at their farm stands and on the farm. They boast of selling the best corn in the state of Maryland.

On Sept. 16, 2011, though, the Taylors learned that thousands of dollars their business generated had disappeared in an instance.

All Anti Trump Protesters need to get a grip; The Wall is going to be Built!

Via comment by Quartermain on Trump protesters drive up Trump's popularity
Posted by Brock Townsend at Thursday, May 26, 2016 2 comments:

Via comment by Quartermain on Ron Paul Praises Donald Trump and Bernie Sanders…W...

Anti-racists gather to lament our gains.

Recently I attended an event in Washington, D.C., to discuss “Growing Far-Right Sentiments in Europe and the U.S.” The participants were Charles Lane of the Washington Post, two German professors billed as experts in right-wing radicalism in the US and Europe, and Heidi Beirich of the Southern Poverty Law Center.

All the speakers bemoaned the rise of Donald Trump and of populist groups in Europe. All said the “refugees” were fueling the Right in Europe, and that the dwindling white majority in the United States backs Mr. Trump. They also voiced a growing fear of the internet that gives dissenters a voice.

The meeting had an atmosphere of pessimism and gloom that was an almost perfect mirror-image of the optimism and energy of the recent American Renaissance conference.

Eating too LITTLE salt may INCREASE your risk of a heart attack or stroke, claims controversial new research

It has long been held that a diet high in salt is dangerous to the heart, raising the risk of heart attack and stroke.

But, in a dramatic U-turn, the scientific evidence has suggested the opposite can also be true.

A global study has found that, contrary to past belief, low-salt diets may not be beneficial.

Rather, they can increase the risk of cardiovascular disease and death, compared with average salt consumption.

The study, published in the reputable Lancet journal, has garnered strong reaction, with one expert declaring his 'disbelief', while others are critical of the study's methods, and calling its findings into question.

In February, Dr. Anthony Levatino, a former abortionist and a practicing obstetrician-gynecologist, teamed up with pro-life organization Live Action to explain exactly how an abortion is performed through a series of videos with animated graphics — minus all the commonly-used euphemisms of the Left.

Live Action took one of the videos (a second trimester dilation and evacuation, "D&E," abortion) to the streets to see how people would react.

Unsurprisingly, when faced with the reality of abortion, even self-proclaimed pro-choicers were horrified.

But apparently liberal web-magazine Salon doesn’t think so, they seem to be trying to legitimize the practice.

The post below was written by my colleague Joe Newby and might make you ill (it sure made me ill).

On Tuesday, the ultra-left wing rag Salon published an article defending pedophiles, presenting them as poor, lonely souls who just want someone to love.

There’s only one problem.  The people these individuals want to “love” are children.  And Salon is apparently okay with that.