Via comment by Quartermain on Ron Paul Praises Donald Trump and Bernie Sanders…W... 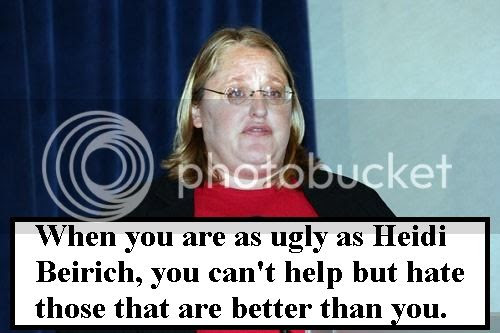 Anti-racists gather to lament our gains.

Recently I attended an event in Washington, D.C., to discuss “Growing Far-Right Sentiments in Europe and the U.S.” The participants were Charles Lane of the Washington Post, two German professors billed as experts in right-wing radicalism in the US and Europe, and Heidi Beirich of the Southern Poverty Law Center.

All the speakers bemoaned the rise of Donald Trump and of populist groups in Europe. All said the “refugees” were fueling the Right in Europe, and that the dwindling white majority in the United States backs Mr. Trump. They also voiced a growing fear of the internet that gives dissenters a voice.

The meeting had an atmosphere of pessimism and gloom that was an almost perfect mirror-image of the optimism and energy of the recent American Renaissance conference.


More @ American Renaissance
Posted by Brock Townsend at Thursday, May 26, 2016