There are few Southern hearts that still fail to skip a beat or two when a military band strikes up “Dixie,” the de facto national anthem of the Confederacy and the song that has undoubtedly become the one most closely associated with the antebellum South.  This, however, was not the case with the creator of that iconic tune, Daniel Emmett, who was born, raised and died in Ohio, never lived in the South and composed “Dixie” in New York City in 1859 where it was introduced that year merely as a walkaround for Bryant’s Minstrel troupe.  History has it that Emmett, who remained a staunch Unionist throughout the War Between the States and even wrote the fife and drum manual for the Union Army in 1862, was most irritated that the Confederates had appropriated his melody and was reported to have said to a friend that he wished he had never written the song.

Symbols Used
** Indicates one of the more than 100 most recommended films. The order in which they appear does not reflect any ranking, only the convenience of discussion
(T)   Tolerable but not among the most highly recommended
(X)   Execrable. Avoid at all costs

3. The Colonial and Revolutionary South

Colonial and Revolutionary Southern history does not have a strong presence in film, unless one counts the documentaries and pseudo-documentaries that make the Revolution a New England achievement and have George Washington and Thomas Jefferson talking like they came from Ohio. The celebrated television dramas about John Adams give him an anti-slavery opinion which he did not have at that time or ever, and portray Southerners as mincing fops or honourary Yankees like George Washington in (T) The Crossing.  (Will the television series (X)Sons of Liberty ever admit that Sam Adams was a slave owner?)


More @ The Abbeville Institute
Posted by Brock Townsend at Friday, December 13, 2019 No comments: 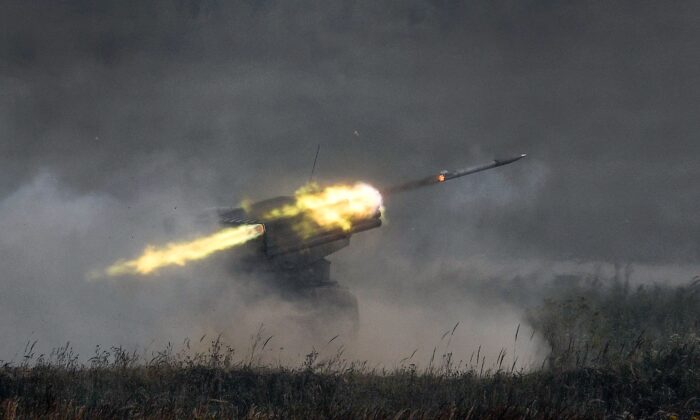 Longer-reaching artillery, missiles are a key to Army's 6-point game plan for the era of 'great power competition'

But that big stick has lost its clout in recent years, challenged by new Russian and Chinese missile systems that are amassed over hundreds, even thousands, of miles on the horizon.

With the various branches of the U.S. military scrambling to reinvent themselves for a renewed “great power competition,” the Army’s No. 1 priority is the development of its own long-reaching ground-launched missiles and artillery, known as “fires.”


More @ The Epoch Times
Posted by Brock Townsend at Friday, December 13, 2019 No comments: 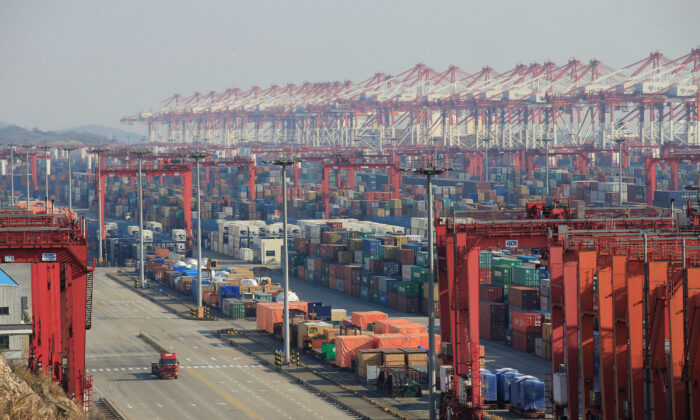 The Chinese regime has committed to buy at least $200 billion in American goods and services over the next two years in a “phase one” U.S.-China trade deal struck between the two countries, according to a senior White House official.

The deal also includes commitments by the regime to reform “critically important structural issues,” including in the areas of intellectual property, forced technology transfer, and currency and foreign exchange, a senior administration official told reporters in a conference call.


More @ The Epoch Times
Posted by Brock Townsend at Friday, December 13, 2019 No comments:

What Really Happened at NAS Pensacola, and Why

[Note: I received the following over the weekend. It is long, but well worth the read if you want to really understand the program there, how Navy leadership failed those who were injured and killed in this Islamic terror attack, and the real scope of who was involved. Much of this runs contrary to the official government/media narrative, which should come as no surprise to any informed person. I have added some bolding for emphasis.]

From: A Veteran with 20+ years of service, a Naval Aviator who flew combat missions in Iraq, and had 15+ years in counter-terrorism.  Also served as a flight instructor at NAS Pensacola.
I reported to Building 633 at Naval Air Station Pensacola in October of 2002.

Checking in to flight school is a point in time for each future aviator that is never forgotten. Nobody becomes a Naval Aviator by accident.

Winchester Gun Safe – How They Are Different From Traditional Gun Safes?

A gun safe is what makes us feel better protected and safe, while holding on to the fact that our kids will not be able to access it without any permission provided by us. Over the years, we’ve also noticed how gun safes have become another place to store our important treasures and documents as well.

All these important factors make buying one an important and necessary job, as almost everything you value will somehow end up guarded by this secure machine. Buying a useless piece of gunk, then, just for its design, or accessibility at the store, or even the marketing skills of the store clerks themselves, shouldn’t be your reason alone to purchase them. As I came back from my office at the university, the cab driver was asking me about what I teach in politics a day before the British elections. A big NewCastle guy, with an affable Northern accent, this guy voted Remain in the European Union elections and has been a lifelong voter for Labour.

For those who have no idea about the electoral map of the United Kingdom, the entire Midlands and North of England are traditional working-class Labour voters since Margaret Thatcher broke the back of trade unionism in the 1980s. These people were taught in their households, in no uncertain terms, that voting for posh urban southern Conservatives is a cardinal sin and they have more in common with the Scots north of the border than their fellow Englishmen down south.


More @ The Federalist
Posted by Brock Townsend at Friday, December 13, 2019 No comments: Gun owners in Virginia have remained defiant under pressure from their state’s governor and attorney general as anti-gun forces throughout the government work to minimize the impact of the Second Amendment sanctuary movement and offer compromises designed to deflate the effort.

“[We are] not going to accept anything but the complete defeat of all gun bills that in anyway [sic], shape, or form, affect law-abiding gun owners in a negative way,” Philip Van Cleave, the President of the gun rights group Virginia Citizens Defense League (VCDL), said in an email to supporters.