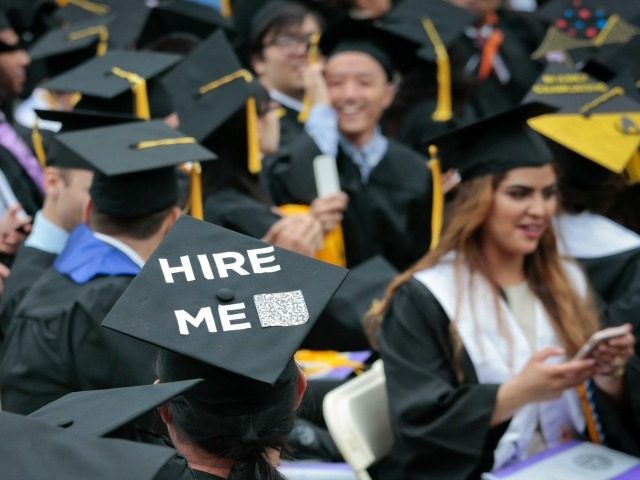 “Americans should be outraged if they’re going to bring in another 85,000 foreigners this year,” said Dawn Collins, a former vice-president at JP Morgan Chase, who founded Protect U.S. Workers to oppose the H-1B program.  She continued, “If American graduates are being replaced by foreigners while this [economic crash] is going on … We’re in a total crisis, and the H-1B program has to be ended right now … If there is any loyalty to the country in Congress, they have to give Americans a chance, a chance … [in this] this situation where people are losing theme homes, their jobs.”

President Donald Trump’s Department of Homeland Security quietly adopted a second tactic to speed the inflow of foreign H-1B workers into U.S. jobs — even though hundreds of thousands of American graduates are expected to lose their jobs in the next few weeks.

An email sent out March 19 told companies that the U.S. Citizenship and Immigration Services (USCIS) agency would accept electronic signatures instead of the original ink signatures that are normally required on the I-129 forms that must be filed to import foreign visa-workers:

Comments for the last two days were deleted by Yankees, I guess.....:)

Posted by Brock Townsend at Sunday, March 22, 2020 6 comments: Links to this post

Lincoln, in his 1858 Peoria debate with Stephen A. Douglas stated “When Southern people tell us they are no more responsible for slavery than we [the North] are, I acknowledge the fact. When it is said that . . . it is very difficult to get rid of it, in any satisfactory way, I can understand and appreciate the saying. I surely do not blame them for not doing what I would not know how to do myself.”

In truth, New England and New York had far more to do with importing enslaved Africans and perpetuating their slavery, as they financed, shipped and profited immensely from the nefarious trade, as did England.  No British and New England slave importations, no slaves in the South. 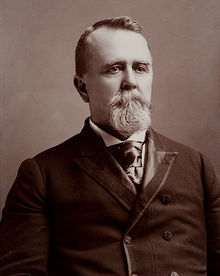 Daniel Webster of Massachusetts reminded his senatorial listeners to bear in mind that when the Constitution was adopted, “the South was more outspoken than the North in denunciation of slavery.”

Southerners had taken the lead in bringing on the Constitutional Convention and in the discussion on prohibiting the slave trade, in which New England was dominant, and it was James Madison of Virginia who thought twenty years was too long to permit the nefarious traffic to continue.  Webster also noted that on the question of prohibiting slavery in the Northwest Territory, the only vote cast against it was from a northern man. He very kindly gave abolitionists credit for good intentions, but not for good sense.

Is There A Vaccine For Trump Derangement Syndrome? 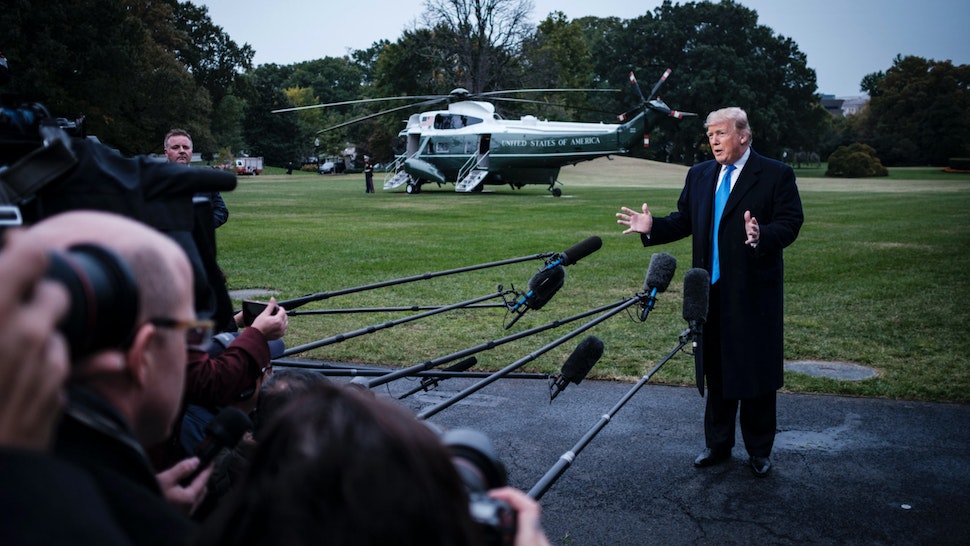 After the primaries this week, I was watching Joe Biden and Bernie Sanders. I’ve reached an age where I’ve seen just about everything and very little surprises me. But I confess myself… well, let’s say appalled that any sentient creature above the level of a jellyfish would vote for either of these men for president.

Because I have leftist friends and relatives, I know there are some on the Left who have drained the Kool Aid to the very dregs. They tell me they only hope they can die before climate change turns the earth into Mad Max: Fury Road. They have their fingers crossed that Joe Biden will pick a high quality vice presidential candidate like – wait for it – Stacey Abrams! And until the moment the stock market tanked, they actually believed the incompetent Barack Obama was responsible for the Trump economy.


More @ The Daily Wire
Posted by Brock Townsend at Sunday, March 22, 2020 4 comments: Links to this post

Who stood to gain by panicking the nation & shutting down our entire economy, over an epidemic that will likely kill fewer Americans than the ‘regular old flu’? 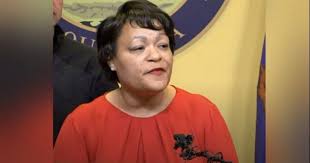 So as someone who actually did come down with H1N1,” Nunes said. “I had it for about two weeks. It was a pretty bad flu. I know what it was like back then. But I also remember that nobody was panicking. I didn’t have to self-quarantine. They told me to stay away from people. They told me to keep my temperature down.”
“What the media and the left are doing here is they’re putting the country into a panic, and it’s for no reason,” Nunes said. “I’m not saying that this isn’t a serious health concern. We need to take it serious.”Nunes contended that the social distancing policies would likely work and get America “through this fairly quickly.”“Now with that said, the more people that test, the more cases that we’re probably going to have that will come back positive,” he warned. “But by and large, most people are going to get over this very, very quickly.”


To start with, let’s just point out it’s thoroughly unconstitutional for mayors or governors to order Americans to stay in their homes “for an indefinite time,” or to ban firearm sales. Anyone doing this should be removed from office by legal means.

Our system of government puts individual rights AHEAD of illusory “mass safety” (with all its predictable “unintended” negative consequences) — especially in the case of an apparently (so far) minor epidemic that’s killed a couple of hundred Americans, and will probably end up killing a few thousand — far fewer than die on our highways every year, and in contrast to the 12,000 to 60,000 (mostly elderly, already quite sick) Americans who die of the “regular old flu” every year.


Don't know if that's true or not but whatever, doesn't look good.

Posted by Brock Townsend at Sunday, March 22, 2020 2 comments: Links to this post 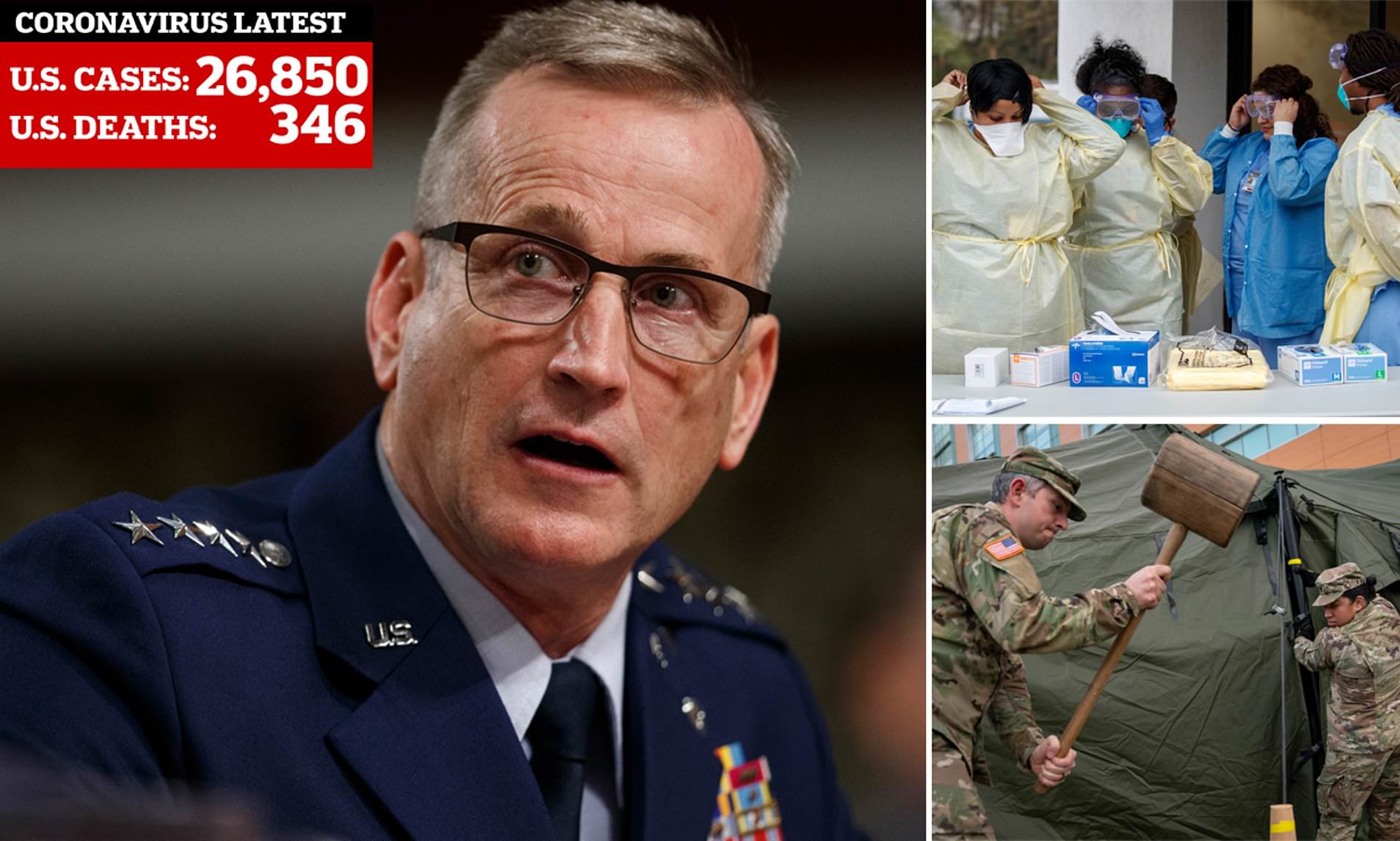 Even as President Trump says he tested negative for coronavirus, the COVID-19 pandemic raises the fear that huge swaths of the executive branch or even Congress and the Supreme Court could also be disabled, forcing the implementation of "continuity of government" plans that include evacuating Washington and "devolving" leadership to second-tier officials in remote and quarantined locations.

But Coronavirus is also new territory, where the military itself is vulnerable and the disaster scenarios being contemplated -- including the possibility of widespread domestic violence as a result of food shortages -- are forcing planners to look at what are called "extraordinary circumstances".

Above-Top Secret contingency plans already exist for what the military is supposed to do if all the Constitutional successors are incapacitated. Standby orders were issued more than three weeks ago to ready these plans, not just to protect Washington but also to prepare for the possibility of some form of martial law.

According to new documents and interviews with military experts, the various plans – codenamed Octagon, Freejack and Zodiac – are the underground laws to ensure government continuity. They are so secret that under these extraordinary plans, "devolution" could circumvent the normal Constitutional provisions for government succession, and military commanders could be placed in control around America.


More @ Newsweek
Posted by Brock Townsend at Sunday, March 22, 2020 No comments: Links to this post

"During the last two weeks, our warehouses have been depleted of almost every AR and every round of ammunition."

We have been able to source some Colt, FN, Knights Armament, and Windham Weaponry ARs in limited quantities.

We have single quantities of Rock River Arms, LWRC, PWS, and other models in the store that are not listed on our website. For an update on inventory of those, please give us a call at 662-232-8011. 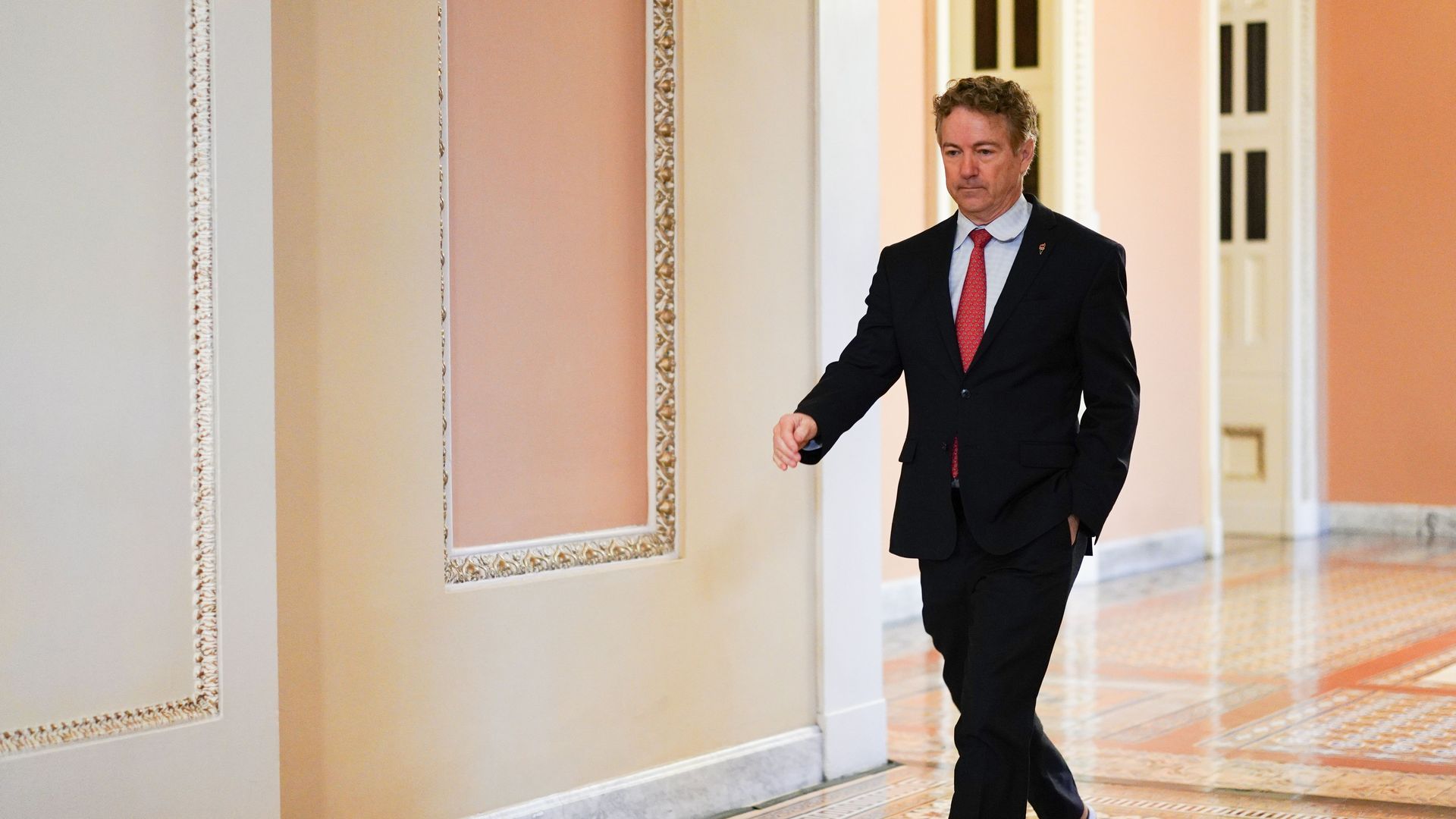 Sen. Rand Paul (R-Ky.) has tested positive for the coronavirus, his office announced on Twitter Sunday.

Why it matters: He's the first U.S. senator to test positive. According to his office, Paul is asymptomatic and was not aware of making direct contact with an infected person.
What they're saying:


More @ Axios
Posted by Brock Townsend at Sunday, March 22, 2020 No comments: Links to this post

So why is the governor of California, Gavin Newsom, predicting that roughly 25.5 million of his citizens will get the virus? On what is he basing that number? If he assumes a 3% mortality rate, he must expect 500,000 to 1 million deaths just in California. But based on what?
And is it irresponsible to scare his citizens half to death with over-the-top, hysterical, worst-worst-worst-case guesses modeled on computers?


Great job, President Trump. You've done the impossible. You've turned perhaps the worst crisis in USA history and one of darkest periods Americans have ever suffered into a show of leadership and a jump in approval.

The latest ABC News/IPSOS poll shows a dramatic turnaround. At 55% to 43%, Americans approve of President Donald Trump's handling of this crisis. The numbers were nearly completely reversed only a week ago. Bravo.

But I have some advice you need to hear.

Now, keep in mind, I'm not one of the people who ever said this was a hoax. It's 100% real. It's a terrible health care crisis and tragedy.


More @ Creators
Posted by Brock Townsend at Sunday, March 22, 2020 No comments: Links to this post

Anthony Fauci, the NIH's face of the coronavirus, is a Deep-State Hillary Clinton–loving stooge

Anthony Fauci, M.D., the 79-year old head of the National Institute of Allergy and Infectious Diseases (NIAID), has become the #1 point man on the government's role in the coronavirus crisis.  Fauci has worked for the National Institutes of Health (NIH) his entire professional life.  In the past, for more than two decades starting in the mid-1980s, he was the medical establishment's face of HIV-AIDS — omnipresent on television when AIDS was hot and ever present at international AIDS conferences well into the 21st century.  Always, he was an enthusiastic advocate of throwing more federal money at the problem of AIDS.  He's widely praised in the press.  He's also held in high esteem by his medical peers.  In 2008, President George W. Bush honored Fauci with the nation's highest civilian award, the Presidential Medal of Freedom.

A look back at what Fauci and his colleagues did during their decades of pushing fear and the spending of billions of dollars of funding for HIV-AIDS is instructive.


More @ American Thinker
Posted by Brock Townsend at Sunday, March 22, 2020 No comments: Links to this post