Flemish patriotic youth group “Schild & Vrienden” has launched a video in which they pledge to defend their Flemish heritage and their future.

The footage shows how the group successfully disrupts a leftist pro-immigration protest at a Flemish castle in the city of Ghent. According to the group’s leader, Dries van Langenhove, leftists and their actions “endanger the future of Europe”.


More @ Voice of Europe
Posted by Brock Townsend at Thursday, March 08, 2018 6 comments: Links to this post 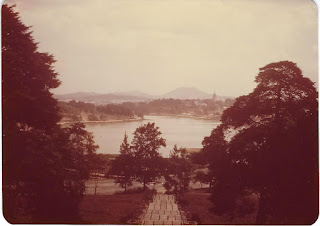 Dalat. Not a picture one would associate with Vietnam. View from the Palace Hotel. 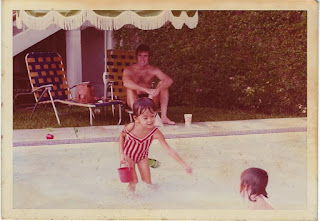 Emily and Virginia in the kid's pool at the Embassy in Saigon. 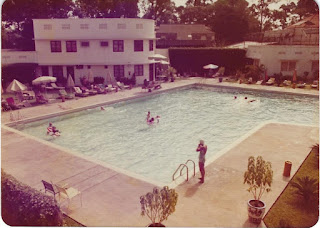 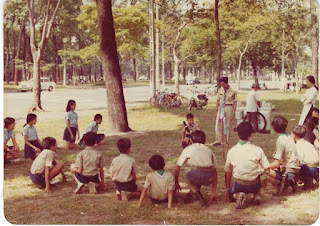 Boy and Girl Scouts in the park in front of the Presidential Palace before 1975.
Posted by Brock Townsend at Thursday, March 08, 2018 6 comments: Links to this post

The Barbarians at the Gates They saw again the charging squadrons, like great waves of the sea, dashed and broken in pieces against lines and positions that would not yield to their assaults. They saw again Baird’s, Johnson’s, Palmer’s, and Reynolds’s immovable lines around the Kelley farm, and Wood on the spurs of Snodgrass Hill; Brannan, Grosvenor, Steedman, and Granger on the now famous Horseshoe; once more was brought back to their minds’ eye, “the unequaled fighting of that thin and contracted line of heroes and the magnificent Confederate assaults,” which swept in again and again ceaselessly as that stormy service of all the gods of battle was prolonged through those other Sunday hours.

Their eyes traveled over the ground again where Forrest’s and Walker’s men had dashed into the smoke of the Union musketry and the very flame of the Federal batteries, and saw their ranks melt as snowflakes dissolve and disappear in the heat of conflagration.

They saw Longstreet’s men sweep over the difficult and almost inaccessible slopes of the Horseshoe, “dash wildly, and break there, like angry waves, and recede, only to sweep on again and again with almost the regularity of ocean surges, ever marking a higher tide.”

They looked down again on those slopes, slippery with blood and strewn thick as leaves with all the horrible wreck of battle, over which and in spite of repeated failures these assaulting Confederate columns still formed and reformed, charging again and again with undaunted and undying courage.

More @ The Abbeville Institute
Posted by Brock Townsend at Thursday, March 08, 2018 No comments: Links to this post

A Stalinist Purge In America? 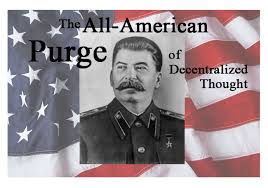 This year could turn out to be a defining year for the United States. It is clear that the US military/security complex and the Democratic Party aided by their media vassals intend to purge Donald Trump from the presidency. One of the open conspirators declared the other day that we have to get rid of Trump now before he wins re-election in a landslide.

It is now a known fact that Russiagate is a conspiracy of the military/security complex, Obama regime, Democratic National Committee, and presstitute media to destroy President Trump.

However, the presstitutes never present this fact to the American public. Nevertheless, a majority of Americans do not believe the Democrats and the presstitutes that Trump conspired with Putin to steal the election.

One question before us is: Will Mueller and the Democrats succeed in purging Donald Trump, as Joseph Stalin succeed in purging Lenin’s Bolsheviks, including Nikolai Bukharin, who Lenin called “the golden boy of the revolution,” or will the Democratic Party and the presstitutes discredit themselves such that the country moves far to the right.

Posted by Brock Townsend at Thursday, March 08, 2018 4 comments: Links to this post

“Instead of taking in 1,000, they took in a fraction of that, about 150,” Trump continued. “And they were all set, this was long in the planning, and she said get out of here. She’s telling that to criminals .....

Schaaf, a Democrat, says she believes her Feb. 24 warning was “both legal and moral,” but the Justice Department is reviewing the matter, amid claims she may have obstructed justice.


More @ Washington Examiner
Posted by Brock Townsend at Thursday, March 08, 2018 No comments: Links to this post 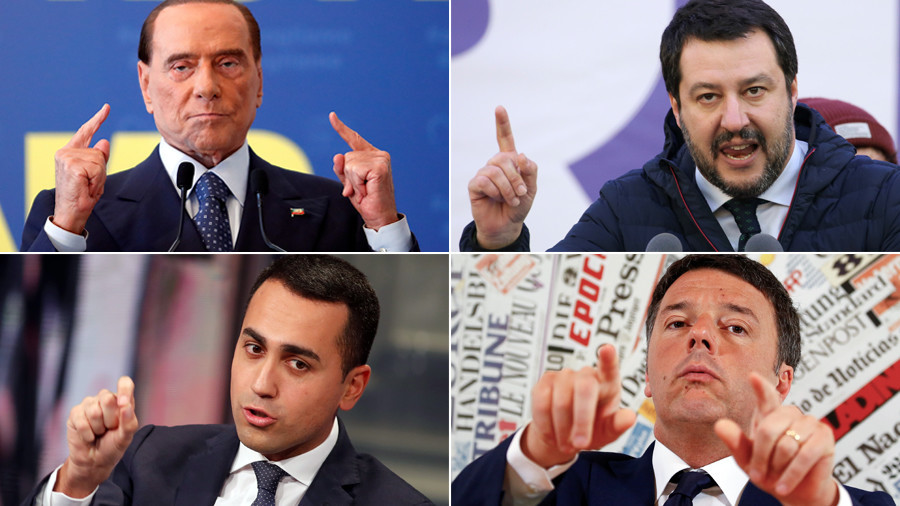 ......his Forza Italia Party winning only 14%, less than its alliance partner, the considerably more right wing Northern League, which won 17.7% of the vote, and which is now clearly established as a powerful force in Lombardy and the Veneto.


What the Italian election in fact shows is the gathering pace across Europe of the swing against establishment parties which are strongly identified with the EU.
The Italian elections have resulted in the predicted swing against the centre-left pro-EU Democratic Party, the successor of Italy’s once mighty Communist Party – the party of Togliatti and Gramsci – and today the Party of outgoing Prime Minister Paolo Gentiloni and former Prime Minister Matteo Renzi.


More @ LRC
Posted by Brock Townsend at Thursday, March 08, 2018 No comments: Links to this post

AFL-CIO President Richard Trumka on Thursday argued there is no danger President Trump's new tariffs will start a trade war, siding with the president on tariffs that have angered the GOP.

"Tariffs won't start a trade war, there's 435 of them in place today to fight trade cheaters. People may not like how Pres Trump rolled these out, but I applaud him for trying," the union boss tweeted.

Trumka, the leader of the nation's largest trade union association, has become a staunch advocate for Trump's new tariffs, which Republicans have criticized.


More @ The Hill
Posted by Brock Townsend at Thursday, March 08, 2018 No comments: Links to this post

Now they’ve been suspended for it.

The officers did not have permission to respond to the shooting at Parkland on Feb. 14, when 17 people were killed.

And that created an officer safety issue and left them unaccountable for their actions, according to their police department.

But their union reacted differently.

A panel of national and local experts, comprised mostly of African-Americans, lambasted Chicago city officials in a meeting Wednesday night for how they have worked closely with the Obama Foundation to build the Obama Presidential Center on public land despite criticism and serious concerns from representatives of the South Side neighborhood.

"You have all this talk about collusion between Trump and Russia, right? To me, that sounds like collusion between the city and the university, and we see the same thing happening in relation to this," one of the panelists, Jawanza Malone, executive director of the Kenwood-Oakland Community Organization, said. 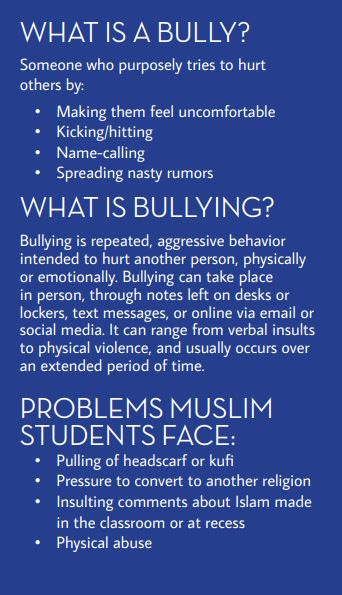 A federal judge ordered the San Diego Unified School District on Tuesday to hand over evidence detailing its correspondence with the Council on American-Islamic Relations (CAIR) about the implementation of a controversial anti-Islamophobia bullying initiative at San Diego public schools.

The development is the latest in a long-running saga concerning school officials in San Diego coordinating with CAIR, an American-Muslim civil rights and religious organization with known links to a number of anti-Israel groups such as the Muslim Brotherhood.


More @ The Daily Caller
Posted by Brock Townsend at Thursday, March 08, 2018 2 comments: Links to this post

Walter Williams: We Are Now Moving Step by Step Towards Totalitarianism

When I first launched this blog I had a feature, "Wednesday Whittle", in which I would put up one of Bill Whittle's videos.  I'll continue that intermittently.  But I was thinking about something he said about government spending, to wit the idea that expecting government to be restrained in spending is like expecting an addict to be restrained in taking their drug.  Paraphrasing him, "When you ask a drug addict how much cocaine they'll do today, they'll reply 'All of it'".

I got to thinking... always dangerous.  That's the same for Progressives / Socialists / Leftists / Democrats / Liberals (I repeat myself, they're all the same, varying only in degree of fervor).  If you ask them how much power they want, their answer - if they're honest - is "All of it". 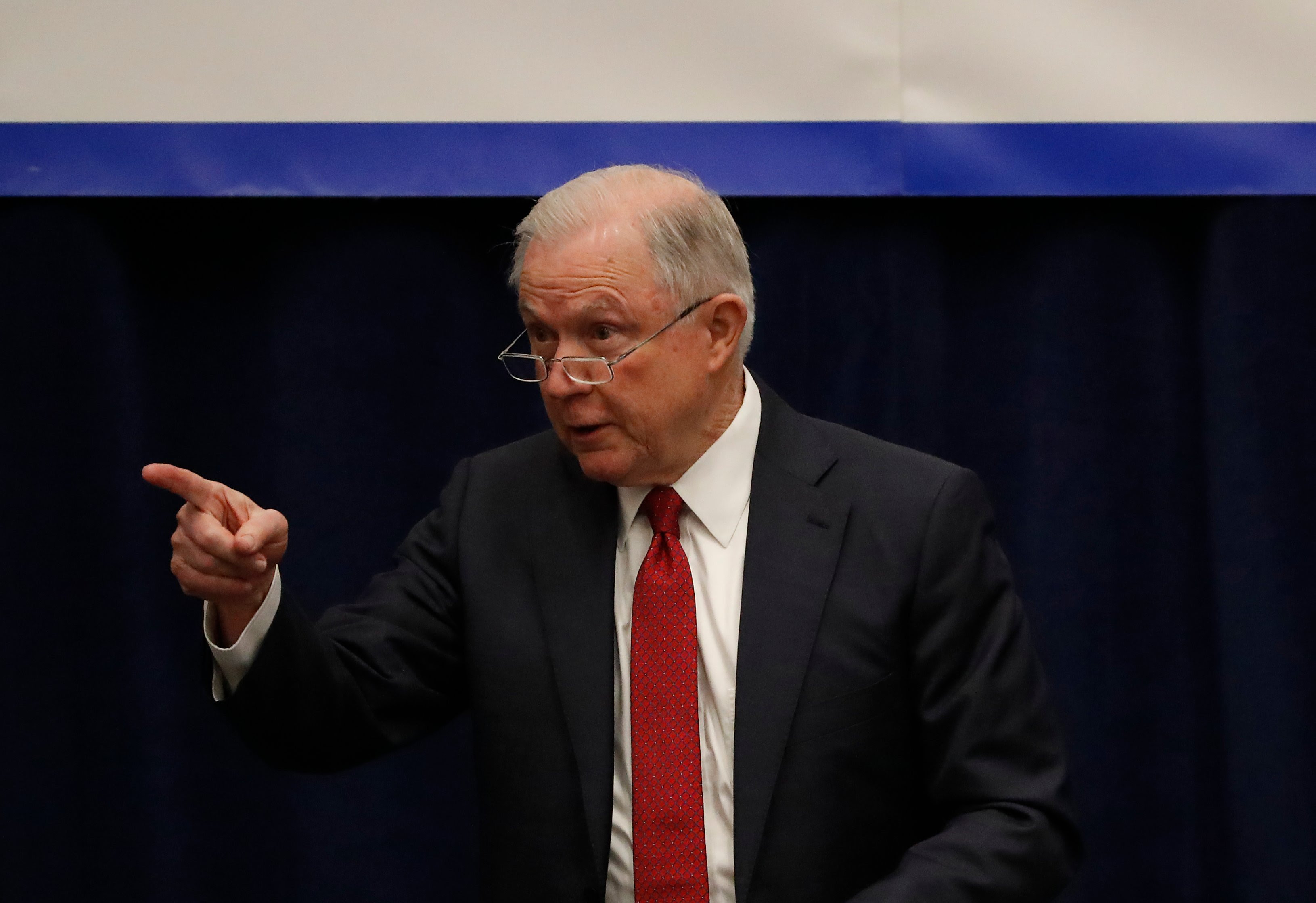 Attorney General Jeff Sessions told Fox News’ Shannon Bream Wednesday that he “will consider” naming a second special counsel to probe the FBI and Justice Department’s investigations into possible collusion between the 2016 Trump campaign and Russia.

“Well, I have great respect for Mr. Gowdy and Chairman Goodlatte, and we are going to consider seriously their recommendations,” Sessions told Bream in an interview that ran late Wednesday night.
“I have appointed a person outside of Washington — many years at the Department of Justice — to look at all of the allegations that the House Judiciary Committee members sent to us and we are conducting that investigation.”


More @ The Daily Caller
Posted by Brock Townsend at Thursday, March 08, 2018 No comments: Links to this post

I AM APPALLED -- Defacing of monument on South Mountain 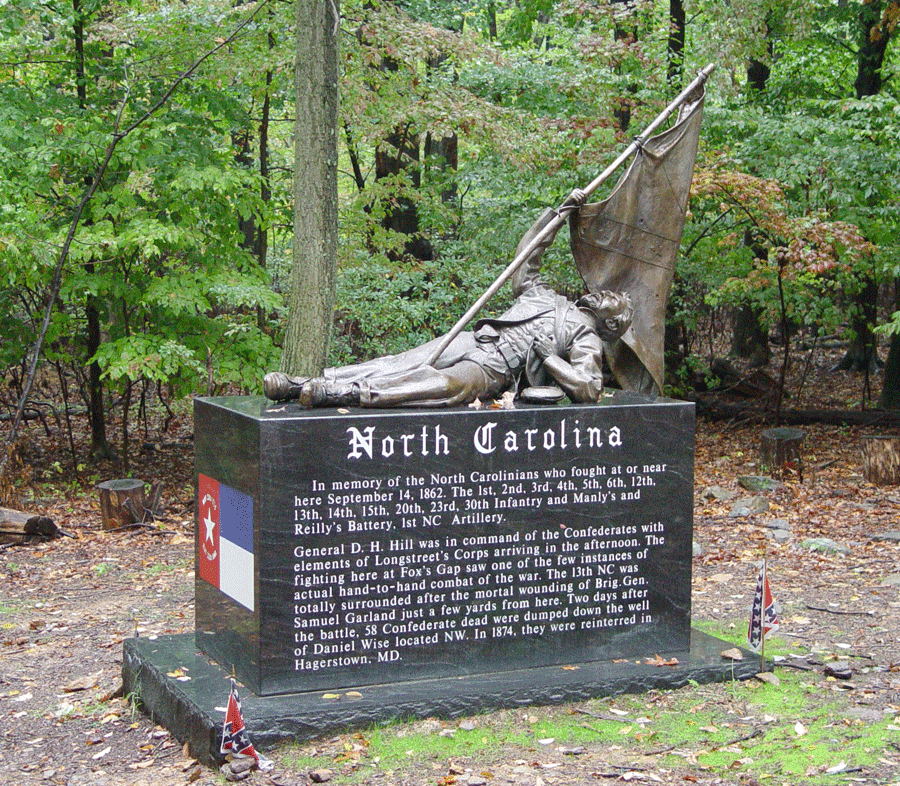 I saw this monument a little over a year ago. Even though I am a diehard Unionist, this monument to North Carolina soldiers is very well-done and very moving, and I have a special affection for it. It is located in a beautiful, out-of-the-way spot that you have to hike about a quarter-mile to get to. I felt like I'd discovered a hidden treasure.

It's not hidden enough, I guess. I'm just amazed that vandals even knew about this monument, much less would take the trouble to get there. But then, vandals are cowards, and the monument's placement at a site that can't be seen from main roads would make their nasty deed easier, wouldn't it?

This kind of thing really grieves me.


More with pictures and history @ Civil War Talk
Posted by Brock Townsend at Thursday, March 08, 2018 6 comments: Links to this post