The truth: The vast majority of criminals who rob, rape, shoot and kill Americans in the tens of thousands each year, and the people who did almost all of the rioting, looting, arson and assaults on cops in 2020, never wore MAGA hats.

"Never allow a good crisis (to) go to waste. It's an opportunity to do the things you once thought were impossible."

Thus did chief of staff Rahm Emanuel advise Barack Obama on the financial crisis he inherited in 2009.

Following the Capitol riot by a mob of pro-Donald Trump protesters, the left took Rahm's counsel, seizing upon and exploiting the episode ever since to paint the right as America's safe harbor for "domestic terrorism."

According to leftist columnists and commentators, going back to the '60s, the real threat of domestic terrorism has always come from the right. 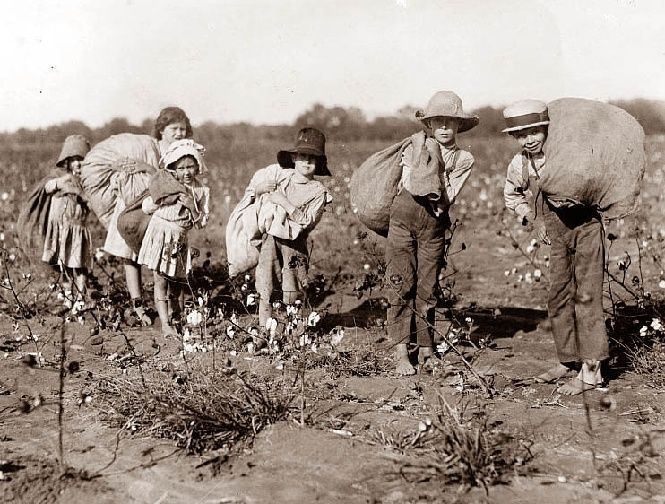 (Mrs. Holley was the third generation of a Southern family in California.  She wrote this on being able to return permanently to the South.)

The cotton fields grow row after row, we saw them from Grandad’s back seat,
The twins and I arms and legs stuck together in the dawg days summer heat.

The cotton fields grow row after row, we saw them from Grandad’s back seat,
Until giving way to a palm lined driveway,
Leading up to the mansion in ruins.

There were no slaves then, only Grandad and kin,
Pickin’ cotton and workin’ the gin,
His name was Jack Hagins,
His daddy was Lundy,
His daddy, James Smiley Hagans.

Walter E. Williams on Race in America: A Tribute by His Former Student

Walter E. Williams, outspoken Black libertarian economist, professor of economics at George Mason University (GMU) for 40 years, syndicated newspaper columnist, author of 13 books, and occasional guest host on Rush Limbaugh’s radio show, died December 2, 2020, after teaching a class at GMU. He was 84. The world will be less informed and less entertained because of Walter’s passing, but his insights on economics, race, and liberty will live on, and are more relevant today than ever before.

I had the privilege of first meeting Walter when I was a 23-year-old graduate student in economics at GMU. I was his research assistant for one academic year, then a student in his graduate-level courses in labor economics. Later, Walter was a faculty member on my Ph.D. dissertation committee, and after graduate school, he was a reference for jobs. Walter was generous with his time—I spent many hours with him discussing my dissertation, economics, and life.

Posted by Brock Townsend at Tuesday, February 02, 2021 No comments:

On Thursday, February 4th, the NC State Board of Education will consider adopting divisive new statewide K-12 social studies standards. However, the proposed standards come with much controversy.

Chief among these critics was the newly elected Lt. Governor, Mark Robinson. In response to the Board's efforts, the Lt. Governor stated:

"Such standards should be drafted without an underlying agenda, and without political motivations . . . Unfortunately, the standards as they are currently written do not accomplish this goal. Instead, they have been crafted by those on the radical left with an explicit agenda of being divisive, promoting left-wing ideology, and indoctrinating our students within public schools" (Lt. Governor Mark Robinson).

Mollie Hemmingway: The Media’s Handling of Biden is “Like Watching a Family try to Help a Three-Year-Old Win Candyland” Joe Biden has stumbled his way through almost two weeks of his presidency.

He’s signed a plethora of executive orders, many of which he appears to not even know what they are.

He’s already gone back on his own word in regards to how he’d handle the coronavirus as president, now claiming there is nothing to do that will change the trajectory of the virus.

He’s also only continued the Trump administration’s pre-existing coronavirus plan, rather than implementing his own, after he told Americans he had one.

Luckily for Biden, he has the full backing of the powerful mainstream media, which is of course “honest” and “fair.”

POLITICO reporter shocked to find Trump's support growing outside D.C. = 'There's a huge disconnect between Washington and the rest of the country'

Since leaving office, the support for Donald Trump from his base is even stronger, a Politico reporter discovered after a trip outside the Beltway.

"Here's a Washington reporter who went to Wyoming and was surprised at the 'huge disconnect between Washington and the rest of the country,'" Graham wrote on Facebook. "I think she is right. She shared the observation that former President Trump has actually gained—not lost—political clout since leaving office. When it comes to the impeachment, it does nothing for the American people, it only continues to fuel more disunity.

Thousands of Republicans leave party over its treatment of Trump: 'The way they turned their backs kind of got me really upset' 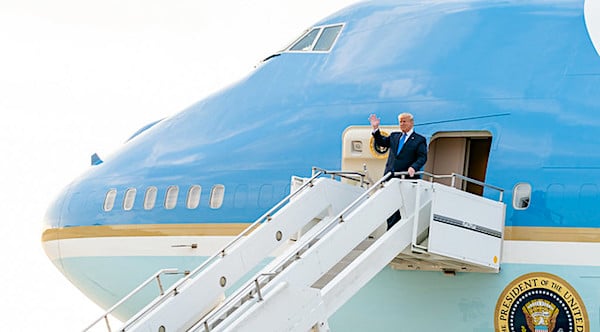 In the week following the riot, 4,600 GOP voters in Colorado, 6,000 in North Carolina and 10,000 in Pennsylvania switched parties, according to NPR.

A Colorado Public Radio News analysis found that many Republicans said they left their party because they felt the GOP betrayed former President Donald Trump.

"Trump bought Mar-a-lago for less than it cost to build the once private home."

When he opened Mar-a-Lago, Trump welcomed Jewish members, African-Americans, and gay couples, who had been prohibited from joining other Palm Beach clubs.

The 128-room mansion in Palm Beach was built by cereal heiress Marjorie Merriweather Post in 1927.

Trump purchased it for $5 million in 1985 and turned it into a private club 10 years later. Now he calls it the "Winter White House."

A new book by a group of Miami Herald journalists, entitled The Grifter's Club: Trump, Mar-a-Lago, and the Selling of the Presidency, offers an investigative account of what really goes on inside Mar-a-Lago's walls.

Posted by Brock Townsend at Tuesday, February 02, 2021 No comments:

Silver Is The New GameStop As Traders Look To Take Down JP Morgan, Spike Silver To $600!

I love this story so much!

If you thought the GameStop story was awesome, you ain’t seen nothing yet!

If you don’t know that story or don’t understand it, basically a bunch of average Americans banded together online organizing in a Reddit group called WallStreetBets to buy GameStop stock.

Because it was being heavily (and perhaps illegally) aggressively shorted by hedge funds in an attempt to bankrupt the company.

Then thousands of Americans jumped in, bought the stock together, and forced what’s know as a short squeeze….creating perhaps the biggest short squeeze I have ever seen in my life.

The result was hedge funds losing multiple billions of dollars!