Life in the USSA 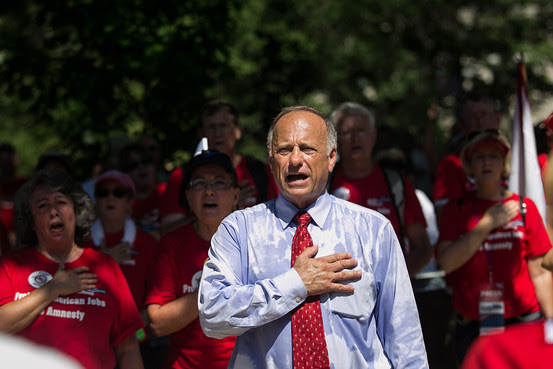 Rep. Steve King, a longtime immigration critic, caused a furor Tuesday when a video emerged of him saying many young illegal immigrants are drug mules.

“They aren’t all valedictorians. They weren’t all brought in by their parents,” Mr. King, an Iowa Republican, said of young undocumented immigrants, in an interview with Newsmax last week. “For every one who’s a valedictorian, there’s another 100 out there that, they weigh 130 pounds and they’ve got calves the size of cantaloupes because they’re hauling 75 pounds of marijuana across the desert. Those people would be legalized with the same act.”

Every Military Option in Syria Sucks

It is none of our business for the tenth time, just forget it.

Using lethal force to strike high-value targets inside Syria would require hundreds of U.S. aircraft, ships and submarines, while establishing a no-fly zone would cost as much as a billion dollars per month over the course of a year, according to a new analysis of military options there by the nation's top military officer. Another option, in which the U.S. attempts to control Syria's chemical weapons stock, would first require thousands of special operations forces and other ground forces, wrote Chairman of the Joint Chiefs of Staff Gen. Marty Dempsey. Oh, and well over a billion dollars per month.

Under pressure to publicly provide his views on military intervention in Syria, Dempsey told Senate Armed Services Committee Chairman Carl Levin what most people already knew: there are few good options. But for the first time, Dempsey provided an analysis of each option and its cost, providing new fodder for thinking about a conflict that has waged for more than two years, killed nearly 100,000 people and displaced hundreds of thousands more.


A Houston, Texas woman fatally shot a man at a gas station as he apparently made sexual advances towards her and lunged at her, armed with a knife and umbrella. She produced a .22 caliber rifle from her trunk to defend herself and once she shot him, she took pictures of his body with her cell phone and then drove off. Police say that due to the gas station’s video evidence, which caught the entire episode, the woman will likely not be charged due to Texas’ “Stand Your Ground” law.

A video posted online by an 11-year-old Yemeni girl has gained worldwide attention after she claimed she ran away from her family to escape an arranged marriage.

Nada al-Ahdal said she was saved from the arrangement only after her uncle intervened, the Daily Mail reported.

“Go ahead and marry me off. I’ll kill myself,” she says in the video, dated July 8, and posted by the Middle East Media Research Institute.

“Don’t they have any compassion?’ I’m better off dead. I’d rather die,” she continued. “It’s not [the kids’] fault. I’m not the only one. It can happen to any child. … They have killed our dreams, they have killed everything inside us. There’s nothing left. There is no upbringing. This is criminal, this is simply criminal.”


More @ The Washington Times
Posted by Brock Townsend at Tuesday, July 23, 2013 No comments:

“I am never going to give up.  I will not bend knee to these people.”

Eight students were sitting around two tables shaded by a tarp as Max Velocity’s voice competed against the pouring rain.  We all listened intently as Max gave one of the most forceful and convincing talks on resistance to tyranny that I’ve ever heard.  He offered to end his tirade as we all looked around at each other, eyes wide in amazement that anyone would want him to stop.  As if we needed any further proof, Max is balls to the wall on Liberty, understands the Constitution, and is willing to fight and die (and teach) for both.

We all arrived on the first day at the meeting point around 0745 and had a few minutes to introduce ourselves.  After introductions, we loaded up into our trucks and followed Max down a winding dirt road through backwoods West Virginia.

& we thought Fox was mostly conservative? 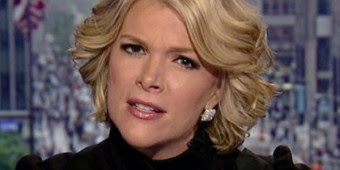 The popular perception in America is that while most major media networks lean left, Rupert Murdoch’s News Corporation – owner of Fox News, the Wall Street Journal and New York Post, for example – is a bastion for conservatives.

The record of News Corp’s campaign contributions, however, doesn’t paint the same picture.

According to data accumulated from the Federal Election Commission by the Center for Responsive Politics and published on OpenSecrets.org, the total contributions by News Corp political action committees, employees and their families favored Democrats by a more than 2-to-1 margin in the 2012 election.

Quote on Zimmerman's rescue of family from car


"So I guess the white Zimmerman shot Trayvon, while the Hispanic Zimmerman saved lives!"
Posted by Brock Townsend at Tuesday, July 23, 2013 2 comments: 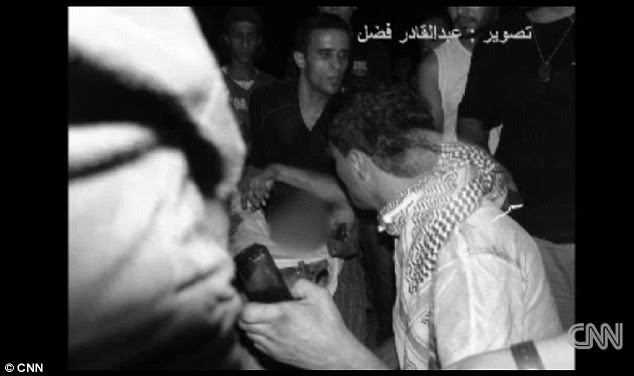 More grim details about the terrorist attack that killed a U.S. ambassador and three other Americans has emerged as Libya admits it is struggling to combat a growing tide of extremism in the country.

Ten months after the deaths at the American diplomatic mission at Benghazi in the north African country, a frightening picture of the attack itself and the desperate security situation in Libya has emerged.

Ambassador Chris Stevens and three other Americans - information management officer Sean Smith, and former Navy SEALs Glen Doherty and Tyrone Woods - were killed in a six-hour, commando-style attack on the US Mission in the Libyan city on September 11, for which Al Qaeda in North Africa and Islamist militia Ansar al-Sharia were implicated.

Correspondent Arwa Damon spoke to a man who filmed the unconscious ambassador being carried out of the compound by civilians, who took him to hospital.

He said: 'I thought it was a driver or a security guy. He had a pulse and his eyes were moving. His mouth was black from all the smoke.'

Damon also spoke to Dr Ziad Abu Zei, who battled to save the ambassador. He said: 'I began resuscitating him but after 45 minutes the patient gave no signs of life.

NC Guns: You have won a great victory today!

Despite opposition by the North Carolina Sheriffs' Association and equivocation by members of Republican leadership, House Bill 937 ("Amend Various Firearms Laws") today passed from conference committee and was approved by both the NC House and Senate and represents the most sweeping gain for gun rights in North Carolina history.

It now heads for Governor Patrick McCrory, who may sign or veto the bill, or simply allow it to lie on his desk, in which case it becomes law thirty days after the General Assembly adjourns.

As GRNC demanded of leadership, all aspects beyond the purchase permit repeal remain intact, including:

Limited campus carry (permit-holders may keep guns in locked vehicles on any publicly controlled campus, plus an improvement that specifically allows guns to be removed from those vehicles if necessary for self-defense, plus faculty members without concealed handgun permits may);

Assemblies for which admission is charged;

Privacy provisions for concealed handgun and purchase permits to prevent media abuses; and
Language to clarify and narrow the "recreational facilities" within municipal parks where cities may still ban guns.

Although full repeal of the Jim Crow-era pistol purchase permit law did not remain in the bill, thanks to your input and the efforts of Senator Buck Newton (R-Johnston, Nash, Wilson, GRNC ****), the following improvements were made:
Help GRNC Prepare for the Next Stage!

Frankly, it has been quite a battle. Between radio spots, mailings, $3,000 per month bills to send alerts (no, sending alerts to 87,000 people can't be done for free), and more, GRNC has spent nearly $40,000 on just the HB 937 campaign. We need your help to prepare for the next stage.

We need you to do two things:

or going to: http://www.grnc.org/join-grnc/contribute
We are close to the goal of passing HB 937. Please help us cross the finish line!

Several fans brought this to our attention, seems the Sanford Police Department decided to use DOD medals and ribbons because they did not have any of their own.

According to the article, Jeremiah Workman, a Marine who received the nations second highest honor, the Navy Cross was watching the Zimmerman trial when, Doris Singleton, a Sanford Police Officer took the stand.

He noticed the ribbon rack she was wearing, and posted it to his facebook page.

“Am I going blind or is this police officer in the Zimmerman -Martin trial wearing ribbons that she doesn’t rate?” he wrote alongside the photo he posted to Facebook.”


More @ Guardian of Valor
Posted by Brock Townsend at Tuesday, July 23, 2013 No comments:

These are Chinese surplus Type 53 Mosin Nagant style rifles in 7.62x54R caliber. They have a 20" barrel in the M44 pattern, with a folding bayonet. Overall good condition, with dark but shootable bores, a blue/patina finish, mismatched numbers, and stock that show wear and service and may have minor cracks. A very interesting part of history, with original Chinese markings on the rifle. Needs cleaning rod. C&R eligible.

Choose from menu above if you want Hand Select for a bit nicer rifle, or for a rifle with a shiny bore.

In a twist not even the best fiction writers could have seen coming, the Trayvon Martin case, instigated by a couple of sheister attorneys looking to make money from a tragedy, will reportedly end with George Zimmerman recovering legal damages from Al Sharpton, NBC, and the Trayvon Martin family attorneys, Daryl Parks and Benjamin Crump.

The first claim is likely to be intentional infliction of emotional distress (IIED). To be successful, Zimmerman will have to show that conduct of Al Sharpton and NBC was so extreme and outrageous that it transcended all bounds of decency; that they acted with either the purpose to cause Zimmerman extreme emotional distress or acted with reckless disregard for Zimmerman's emotional well being, and that Al Sharpton and NBC caused him identifiable emotional damage. Here, Al Sharpton publically claimed that Trayvon Martin was murdered and that George Zimmerman should be arrested for the crime. The ensuing civil unrest and threats of racial violence caused Zimmerman to go into hiding.

There is no doubt that crying racism and murder to a group of self-radicalized Black militants is beyond all bounds of decency. Any White peron accused of killing an unarmed Black child because of racism would be terrified of the mob's reaction. If Zimmerman has been treated by a physician for any kind of emotional trauma caused by Sharpton linking him to a murder that never occured, Sharpton's going to be held responsible.