At least, that was my thought for some time... but then I remembered something from an article on the fall of the Roman Empire. And one of the key points from both that article and Bill Whittle’s videos on the cycles of civilizations was that the average Roman was ready to fight and die to protect Rome while the “silk robed sons of bitches” plotted to open the gates for the barbarians to come through.

Even then, however, had Rome maintained its full moral strength and commitment from its people from its heyday, I suspect Rome could have driven them back. But by that time not only had the leaders given up, but the average Roman had become so disillusioned with the corruption – ethical, moral, spiritual, and financial – riddling it from top down, they shrugged and said WHY BOTHER? And so Rome dissolved into fighting factions, and chaos reigned.

Today we see the corruption – ethical, moral, spiritual, and financial – in the fetid swamp of Washington, DC (the irony of that city being named after one of the absolute best of us is physically painful to me), but also in most state capitals (and even further down – I was just listening to a local talk show discussing the state police milking the public)… and it feels like a lot of people are starting to think WHY BOTHER? Another case is this one; on a purely local level, but so utterly incompetent that it boggles the mind: ILLEGAL ALIEN UBER DRIVER RAPED HIS PASSENGER, FLED BACK TO AFRICA. Ask yourself if the just-above example doesn’t represent a huge attack on the credibility of the entire court system; whether deliberate or just stupid, would you really trust this judge again? On anything? And if nothing happens to this judge, just how high and wide would that distrust propagate? 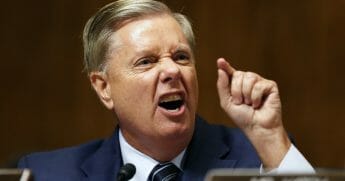 In May 2017, Comey provided a memo he’d written detailing private discussions with Donald Trump to a friend who was also his attorney.

That friend then leaked the memo to The New York Times.


The Trump administration’s decision to close the Flores immigration loophole is the latest in a series of long-overdue, common-sense immigration reforms. While liberals will cry foul, average Americans are demanding this kind of smart, targeted step toward solving our immigration crisis.

While Congress has tried and failed for decades to create a comprehensive immigration reform plan, the administration has steadily been chipping away at the system’s problems to make immigration work for our country again.

Two weeks ago, the White House issued a “public charge” rule change, restricting the ability of non-citizens to apply for a green card if they rely significantly on welfare benefits or are likely to do so.

This week, they issued a new regulation to replace the Flores settlement and end family separation during lengthy immigration proceedings.

My sources tell me President Trump is putting the finishing touches on a White House initiative to declassify documents that have remained hidden from the public for far too long.

This welcome effort to provide more public transparency and accountability almost certainly will focus early on the failings of the now-debunked Russia collusion probe. And I’m sure it will spread quickly toward other high-profile issues, such as the government’s UFO files that have been a focus of clamoring for decades.


Comey Violated Department and FBI Policies Pertaining to the Retention, Handling, and Dissemination of FBI Records and Information