The Sounds of the Mississippi Delta and Appalachia “…the individualism of the plantation world would be one which, like the backcountry before it, would be far too much concerned with bald, immediate, unsupported assertion of the ego, which placed to great stress on the inviolability of personal whim, and which was full of the chip-on-the shoulder swagger and brag of a boy–one in brief, of which the essence was the boast, voiced or not, on the part of every Southerner, that he would knock the hell out of whoever dared to cross him.”


Because we live in such a hurried time, we hear countless “noises” but have little time to appreciate the actual “sounds.” Sound is a sensation that you can feel, not just something you can hear. To understand this idea, consider how some musicians have actually played concerts for the deaf, who cannot hear the music but still feel the vibrations. These “feelings” that sounds give us are actually changing our molecular structure. We could examine water under a microscope while playing different sounds and would observe the transformation of the water molecules. Similarly, since our bodies are about 70% water, we are affected in the same way. Music has the power to physically transform us: it will make people aggressive in a mosh pit, hoedown at a square dance, or twerk in a nightclub. Aristotle, in his work On the Soul, wrote that “all bodies are capable of being affected by smells and sounds, but that some on being acted upon, having no boundaries of their own, disintegrate, as in the instance of air, which does become odorous, showing that some effect is produced on it by what is odorous?” Just like Aristotle stated, our bodies are affected by sound.


More @ The Abbeville Institute
Posted by Brock Townsend at Thursday, August 16, 2018 2 comments: Links to this post


Does anyone know what 'Unknown Region' signifies in my country hits today?  First time ever. Must be sinister. ....:)

Posted by Brock Townsend at Thursday, August 16, 2018 16 comments: Links to this post


According to the Christian Association of Nigeria, more than 6,000 Christians have been murdered by Islamist Jihadists since the beginning of 2018. Not many people outside Nigeria seem to care.


The Nigerian government has frequently attributed these murders to clashes between farmers and herdsmen. During the Obama Administration, U.S. State Department personnel were quick to attribute this violence to inequality, poverty, and unemployment and to assert that the violence could not possibly be related to religion, Sharia Law, or Jihadist ideology.

Yet brutal attacks specifically and only against Christians have been common since the 1980s, and those responsible are never punished.


More @ The Tribune
Posted by Brock Townsend at Thursday, August 16, 2018 No comments: Links to this post

As of July 31, Special Counsel Robert S. Mueller has finally been reigned in by a District Judge for the United States District court for the District of Columbia.

Usually, a Special Counsel is appointed by the President and confirmed by the Senate. In this case – which is the first of it’s kind in U.S. history – the Special Counsel was appointed by Deputy Attorney General Rod Rosenstein after Attorney General Jefferson B. Sessions has recused himself from matters related to the Russian “collusion” investigation, since President Donald J. Trump is the subject of the investigation.

Since this is a case of first impression, there have not been any guidelines regarding the parameters of Mueller’s investigation, causing frustration among President Donald J. Trump, American citizens, and even federal judges.

The body of investigative journalist Jen Moore was found in her Washington D.C. hotel room on Monday after her investigation into an alleged sexual assault by President William J. Clinton.

“In fact, just four weeks before her death, Moore filed details of the alleged victim’s claims with the Department of Homeland Security, detailing the allegations against Clinton. Moore contacted Homeland Security beginning on July 6th through July 9th, records show. A week later, she contacted the FBI with identical details about the victim and the shocking allegations against Clinton,” reported True Pundit on Tuesday.

Twitter has followed in Facebook’s footsteps by blocking a campaign video ad for Republican congressional candidate Elizabeth Heng. Facebook eventually admitted that a campaign video including the communist atrocities in Cambodia is not “shocking, disrespectful, or sensational,” but Twitter, which describes the ad as “obscene,” disagrees.

Shortly after Facebook came under fire for refusing to allow Republican Congressional candidate Elizabeth Heng to advertise with her campaign ad on their platform, Twitter has made the same decision. Facebook blocked the ad, which shared the story of Heng’s family being forced to flee Cambodia for the U.S., claiming that the Facebook couldn’t allow videos that contained “shocking, disrespectful, or sensational” imagery on their advertising platform. The ad was eventually approved with a Facebook spokesperson stating: “Upon further review, it is clear the video contains historical imagery relevant to the candidate’s story. We have since approved the ad and it is now running on Facebook.” A decision Twitter apparently disagrees with.

Via John "More nails in the coffin of print journalism as they reveal what Trump has been saying about them - THEY ARE PARTISANS AND PROPAGANDISTS  PEDDLING FAKE NEWS TO THE FEEBLE-MINDED AND INTELLECTUALLY LAZY.

They may very well accomplish the coup d'etat whose DC players they are in colluding with but they will destroy themselves in the process.  seriously, who thinks of the NY Times or the Washington Post as objective "reporters of the news" anymore.  No one.

This country has never been better than it is TODAY. Never, domestically. Never, internationally. Never fairer or more prosperous from 'sea to shining sea.'

The (alleged) "media" hate it.  It destroys their anti-American agenda.

Were they real/honest journalists, instead of trashing him, they would be singing Trump's praises and thanking him for what he is at succeeding doing - making America Great Again.  They should offer him encomiums, not specious criticisms."

The media is a surprisingly self-unaware lot sometimes. And boy are they putting a fine point on that today.

A few months ago, the media went into circus hysterics when Sinclair Broadcast Group required all of the company’s television news anchors around the country to read a scripted editorial that pointed out the “troubling trend of irresponsible, one sided news stories plaguing our country,” decried “fake stories” and lamented that “some members of the media use their platforms to push their own personal bias and agenda to control ‘exactly what people think’…This is extremely dangerous to a democracy.”

The media responded theatrically about how “chilling” was this call to commit better journalism than is being done. Well, actually they were most upset at some corporate suits daring to tell journalists to commit to high standards. Sure, it may have been poor optics to recite the exact same verbiage on each station. The goal of the script, however, is something every media outlet says it aspires to and does (but doesn’t.)


More @ The Revolutionary Act
Posted by Brock Townsend at Thursday, August 16, 2018 6 comments: Links to this post

Tata, who is now retired, said Brennan’s tweets disparaging Trump and calling for his removal are enough to revoke his security clearance.

“He spied on American citizens and lied in front of Congress about that spying,” Tata said on “Fox & Friends.” “Question 29 on the security clearance form says, you know, ‘have you ever supported overthrowing the U.S. Government?’ All of you got to look at Brennan’s tweets and he supports the removal of this president, and right there — that’s enough evidence to get rid of his clearance.”


More @ The Daily Caller
Posted by Brock Townsend at Thursday, August 16, 2018 2 comments: Links to this post

The foundation run by US billionaire George Soros said Thursday that the last of its operations in Hungary would cease by August 31, with its activities being transferred to Berlin.


The Open Society Foundations (OSF) announced in May that it was leaving Hungary, citing what it called the "repressive" policies of nationalist firebrand Prime Minister Viktor Orban.


It was considered one of the CIA’s worst failures in decades: Over a two-year period starting in late 2010, Chinese authorities systematically dismantled the agency’s network of agents across the country, executing dozens of suspected U.S. spies. But since then, a question has loomed over the entire debacle.

How were the Chinese able to roll up the network?

Now, nearly eight years later, it appears that the agency botched the communication system it used to interact with its sources, according to five current and former intelligence officials. The CIA had imported the system from its Middle East operations, where the online environment was considerably less hazardous, and apparently underestimated China’s ability to penetrate it. 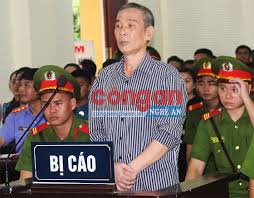 A court in northern Vietnam on Thursday sentenced an activist to 20 years in prison after he was convicted in a one-day trial of attempting to overthrow the state, his lawyer said.

“The court charged him with activities “aimed at overthrowing the people’s administration” but they didn’t have sufficient evidence,” Son told Reuters on the phone.

“Luong didn’t plead guilty at the trial and he will appeal the verdict,” he said.


More @ Reuters
Posted by Brock Townsend at Thursday, August 16, 2018 No comments: Links to this post

A new poll released on Wednesday from Rasmussen Reports revealed that President Donald Trump's approval rating in the black community is exploding, almost doubling from a year ago.

The poll showed that nationally the president's job approval rating is split with 49% approving and 49% disapproving.


More @ The Daily Wire
Posted by Brock Townsend at Thursday, August 16, 2018 6 comments: Links to this post