The Fresh Market is asking customers not to carry guns into its stores.

The grocer said it had engaged in discussions with a group of activists called Moms Demand Action, who gathered nearly 4,000 signatures across North Carolina to support what they call a “gun sense policy.”

“We respectfully request that our customers refrain from bringing firearms and other weapons into our stores,” a spokeswoman for the Greensboro-based grocer said this week.

Fresh Market is asking customers to refrain from carrying guns into stores “to ensure a welcoming environment where our customers and employees feel safe, and treat one another with kindness and respect while shopping and working,” according to the new policy.

“This was not a decision that was taken lightly nor in response to pressure from any outside group,” the spokeswoman said.(Right.........)

Russia is doubling the number of its strategic nuclear warheads on new missiles by deploying multiple reentry vehicles that have put Moscow over the limit set by the New START arms treaty, according to Pentagon officials.

A recent intelligence assessment of the Russian strategic warhead buildup shows that the increase is the result of the addition of multiple, independently targetable reentry vehicles, or MIRVs, on recently deployed road-mobile SS-27 and submarine-launched SS-N-32 missiles, said officials familiar with reports of the buildup.

“The Russians are doubling their warhead output,” said one official. “They will be exceeding the New START [arms treaty] levels because of MIRVing these new systems.”

The 2010 treaty requires the United States and Russia to reduce deployed warheads to 1,550 warheads by February 2018.

The United States has cut its warhead stockpiles significantly in recent years. Moscow, however, has increased its numbers of deployed warheads and new weapons.

China’s top new long-range missile ‘may be deployed this year’, putting US in striking distance

While President Barack Obama has made efforts to reduce our military’s capabilities, particularly in regards to missile defense, America’s rivals in China and around the globe are exploiting the obvious sign of weakness by greatly increasing their own military capabilities.

Specifically, Beijing recently announced that its powerful, new long-range intercontinental ballistic missile, known as the DF-41, will be fully operational at some point this year, at which point it will be deployed into service, according to the South China Morning Post.

The DF-41, which has been described as the world’s longest-range missile, is capable of traveling more than 9,000 miles and could reach mainland U.S.A. in about a half an hour, whether traveling over the North Pole or across the Pacific Ocean.

A net of 9 million people have lost their private health plans, thanks to Obamacare


More @ The Weekly Standard
Posted by Brock Townsend at Friday, April 01, 2016 No comments:

Paul Rosenberg
With Millstones Around Our Necks

The number of Americans not participating in the workforce in March dipped again compared to the previous month but was still higher than it was a year ago, according to Labor Department data released Friday.

The Bureau of Labor Statistics reports that 93,482,000 Americans were neither employed nor had made an effort to find employment in March.

March’s non-participation level continues a multi-month trend of decline after the number of people out of the workforce hit a record high of 94,610,000 in October — declining another 206,000 compared to February.


A black man was gunned down live on camera by another black man in Chicago yesterday.

He was using Facebook’s live streaming service when he was slaughtered in broad daylight.

Man gets 30 years for killing boy, 9, over missing piece of birthday cake 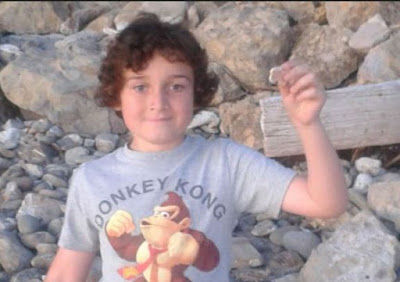 A man accused of fatally beating his girlfriend’s 9-year-old son over a missing piece of birthday cake pleaded guilty to second-degree murder Thursday and was sentenced to 30 years in prison by a judge who likened the boy’s treatment to torture.

For weeks before the beating, Jack Garcia was a virtual prisoner in the Hagerstown apartment he shared with his mother, her brother and her fiancé Robert Leroy Wilson, a prosecutor said. Jack was routinely deprived of food if Wilson felt the boy hadn’t exerted himself enough, and he was handcuffed to a chair or beaten with a bamboo sword if he took food without permission, the evidence showed.

While the media goes into a frenzy every time someone is punched or maced at a Trump rally, or frankly any time Trump says anything out of place (and lately he has has had more than his fair share of supply), what according to many is the real scandal, is quietly being doused with the media obligingly looking the other way.

Moments ago, AP reported that the State Department has suspended its internal review into whether former Secretary of State Hillary Clinton or her top aides mishandled emails containing information now deemed "top secret."

Spokeswoman Elizabeth Trudeau said Friday the department had paused the review to avoid complicating or impeding an ongoing FBI investigation into Clinton's use of a private server while she was America's top diplomat. She said the review would remain "on hold" pending completion of the FBI probe. The review could result in counseling, warnings or other action if findings show information was mishandled.

ALL FURNISHINGS STAY except personal items.

Some Cultures Are Better Than Others

Via comment by Quartermain on A Majority of States Now Directly Defying Obama on...

Via grossfater_m: off of Oleg Volk's Friend's Site

In an effort to highlight inconsistencies with a city ordinance, a Tulane University professor said that the iconic Andrew Jackson statue in Jackson Square of the French Quarter should be removed because it fits the same criteria that was used to vote to remove Confederate monuments.

Marksbury presented the proposal before a meeting of the New Orleans City Council's Governmental Affairs Committee, saying the same action applied to the Robert E. Lee, Jefferson Davis, P.T.G. Beauregard statues and the Liberty Place Monument could to applied to the Andrew Jackson statue.

The professor cited Jackson's past as a slave owner, who was responsible for the Trail of Tears and imprisoned many people in New Orleans.

But Marksbury appears to have made the proposal as a teaching point. He told Fox News that he is pursuing the proposal not to have any statues taken down, but rather to prove a point.