In the first days of 2017, Washington D.C. was empty. It was a city holding its breath. Secret Service police officers in balaclavas waited at the White House as a black SUV carrying departing staffers passed. It had not been so long ago that they came into the city as if they owned it and the entire country. Now the same men and women who ran and ruined the lives of millions were scrolling through job postings on their smartphones. They watched Obama speak from faded screens at sports bars and they cried.

They knew it was coming. Day 1. Three long ringing signals from I the driver’s horn, and the hunt was over. I quit my stand and met Dad on the road back of our line. We had both seen a doe that had kept us on our toes for a while, but otherwise, the drive had been uneventful.

We fell quiet and listened. Then Dad asked if I had noticed how it was still possible to see the plowed rows of an old cultivated field where there now were large trees. He often pointed out such bits of local history, and I always enjoyed learning about them. We listened to a hound bothering a cold trail for the second time.

The hound responded to another call from the horn, and Dad broke the silence again.

“During slavery times, most of this swamp was cultivated and there was little thought for timber. The Englishes, Ancrums, Canteys, and Langs were neighbors in these parts. That was when Papa Daws was here.”


More @ The Abbeville Institute
Posted by Brock Townsend at Friday, January 20, 2017 No comments: Links to this post As America watches Donald Trump take the presidential oath on Friday, it’ll be worth taking a moment to think about what the future will show was a truly providential moment in our history: the presidency of Barack Obama.

It’s time to realize that the eight years of Obama were a gift that kept on giving, one that has cleared the field for Trump in ways we can’t see.

Why? Because in his eight years in office, Obama managed to expose the intellectual bankruptcy of liberalism. He revealed once and for all that it’s an ideology based on a flawed view of reality and of human nature, and that it has been a destructive force in our country going back to the New Deal, and going forward to ObamaCare.

Obama exposed the bankruptcy of the mainstream media and its bogus claims to be an objective information filter, when, in fact, outlets like CNN, NBC and the New York Times are mouthpieces for the Democratic Party.

He exposed the political bankruptcy of the so-called civil rights movement and groups like Black Lives Matter and showed that, instead of trying to improve the lives of African-Americans, they are geared to raise racial tensions for political gain.


More @ Fox
Posted by Brock Townsend at Friday, January 20, 2017 No comments: Links to this post

President of the National Border Patrol Council: 'We Feel We Now Have a President We Can Trust'


Posted by Brock Townsend at Friday, January 20, 2017 2 comments: Links to this post

Via Craig "History is much more dangerous – it can be used as an agent for change. History is typically written by the victors. As each succeeding victor revises it, history can lose its validity and become propaganda for the State."

Published on Jan 19, 2017
They've fought to stop the inauguration
They're fighting to destroy our nation

While 700,000 protesters are converging on Washington D.C. for Inauguration Day—in addition to anti-Trump rallies planned in dozens of cities across the country—the political groups behind the protests remain shrouded in mystery. As Fox News Channel first reported, Civil War 2017 uncovers an extensive network of neo-Marxist operatives coordinating highly disruptive and potentially violent protests from coast to coast.

Working with Dangerous Documentaries, director Judd Saul and conservative commentator Trevor Loudon have compiled a team of researchers and undercover operatives to probe the roots of the anti-Trump movement, highlighting the ultimate goals and ulterior motives. Mr. Loudon, a regular contributor to Glenn Beck’s online programming, is the foremost expert on the left-wing organizers of mass protests.

Democrats in the Wilderness: Inside a decimated party’s not-so-certain revival strategy.

Standing with some 30,000 people in front of Independence Hall in Philadelphia the night before the election watching Hillary Clinton speak, exhausted aides were already worrying about what would come next. They expected her to win, of course, but they knew President Clinton was going to get thrashed in the 2018 midterms—the races were tilted in Republicans’ favor, and that’s when they thought the backlash would really hit. Many assumed she’d be a one-term president. They figured she’d get a primary challenge. Some of them had already started gaming out names for who it would be.

“Last night I stood at your doorstep / Trying to figure out what went wrong,” Bruce Springsteen sang quietly to the crowd in what he called “a prayer for post-election.” “It’s gonna be a long walk home.”
What happened the next night shocked even the most pessimistic Democrats. But in another sense, it was the reckoning the party had been expecting for years. They were counting on a Clinton win to paper over a deeper rot they’ve been worrying about—and to buy them some time to start coming up with answers. In other words, it wasn’t just Donald Trump. Or the Russians. Or James Comey. Or all the problems with how Clinton and her aides ran the campaign. Win or lose, Democrats were facing an existential crisis in the years ahead—the result of years of complacency, ignoring the withering of the grass roots and the state parties, sitting by as Republicans racked up local win after local win.

Mock-up of planned Russian-Chinese airliner to compete with Boeing and Airbus. To enter service by 2025. Ambitious? Oh yes. Remember when we laughed at Toyota, Airbus, and Trump?

Is Washington really going to start a trade war with China, or is it just huffing and puffing for position? I don’t know. Mr. Trump has inexplicably failed to brief me. A point worth bearing in mind:
The United States cannot compete commercially with a developed Asia, or China.

America has nowhere to go. It is a fully developed economy that cannot grow rapidly if it grows at all. America is also a country of only medium size with a white and Asian population of a bit more than two hundred million who do all the brain work. It has a decaying system of education, declining living standards, and an economy crippled by huge military expenditures.


More @ Fred On Everything
Posted by Brock Townsend at Friday, January 20, 2017 No comments: Links to this post

As the nation prepares for the peaceful transfer of power on Inauguration Day, CNN is dreaming up scenarios whereby the Obama administration can keep power if President-elect Donald Trump and Vice President-elect Mike Pence were blown up as they prepared to take to oath of office.

On the Wednesday, January 18 broadcast of CNN’s The Situation Room, host Wolf Blitzer aired a segment with a chyron featuring the headline “Developing Now.” During that “developing” segment, Blitzer and correspondent Brian Todd discussed what would happen if the unthinkable occurred on January 20.

Russia: 'Obama burn in hell' activists unfurl banner in front of US embassy

Posted by Brock Townsend at Friday, January 20, 2017 No comments: Links to this post

Donald Trump is ready to take an ax to government spending.

Staffers for the Trump transition team have been meeting with career staff at the White House ahead of Friday’s presidential inauguration to outline their plans for shrinking the federal bureaucracy, The Hill has learned.

The changes they propose are dramatic.


More @ The Hill
Posted by Brock Townsend at Friday, January 20, 2017 4 comments: Links to this post

John Lewis Disgraces Himself: Has a long record of Communist affiliations and radical agendas.

If a good man turns bad, are we required to pretend, for the rest of his life, that he is still good? Do such a man's earlier good deeds render him strictly off-limits from any and all subsequent criticism until the end of time? Is he entitled to be revered indefinitely as a hero, an icon, or a saint, even if he has spent the past half-century proving himself to be a vile race-baiter, an ally of America's enemies, and a liar who repeatedly bears false witness against his fellow man?

We can answer all these questions by examining the track record of Democratic congressman John Lewis, who has vowed to boycott President-elect Donald Trump's inauguration on grounds that Trump is not “a legitimate president.” Incidentally, that was the same rationale Lewis used sixteen years ago, when he likewise boycotted the inauguration of George W. Bush.

Arron Banks, who bankrolled the campaign for Britain to leave the EU, launches anti-establishment website 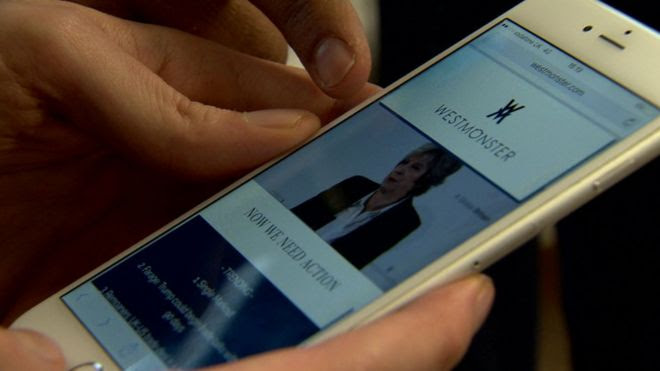 I can reveal that Westmonster is co-owned by Michael Heaver, former press adviser to Nigel Farage.

The 27-year-old, who together with Mr Banks will own 50% of the website, will edit it day to day.

Modelled on the Drudge Report, the American aggregator site that generates huge traffic, Westmonster will be powered by the social media reach of Leave.EU, the campaign to which Mr Banks gave close to £7m - the largest donation in British political history.

Leave.EU has nearly 800,000 followers on Facebook and Mr Heaver believes he can use that base to generate substantial traffic from day one.


More @ BBC
Posted by Brock Townsend at Friday, January 20, 2017 No comments: Links to this post


More with video @ The Gateway Pundit
Posted by Brock Townsend at Friday, January 20, 2017 No comments: Links to this post