China is the real power behind the "animal" it has bred – North Korea – in the view of retired Air Force lieutenant general Thomas G. McInerney.  And if necessary, the United States should be prepared to use nuclear weapons to neutralize the threat North Korea represents to the United States.

With the crisis situation involving North Korea leading the news on Thursday, one of the more interesting, provocative, and sobering analyses I heard was offered by Gen. McInerney, who retired in 1994 after a distinguished 35-year career in the military that began after he graduated from West Point in 1959.  During the Vietnam War, McInerney flew over 400 combat missions and then served in a variety of high-level command positions around the world.  In recent years, he has been a contributor to Fox News, and he appears often in the media.  On September 6, 2016, along with 88 other retired U.S. generals and admirals, McInerney endorsed Donald Trump for the presidency.

On Thursday, August 10, McInerney appeared on Sean Hannity's radio program and gave his opinions on the North Korea situation.  The transcription of Hannity's Q&A with McInerney is my best effort based on the program's audio podcast that went online after the show aired.

SEAN HANNITY: All these years of appeasement haven't borne any fruit, have they?


More @ American Thinker
Posted by Brock Townsend at Friday, August 11, 2017 No comments: Links to this post

China: would “remain neutral if North Korea were to strike first.”

In a troubling repudiation of President Donald Trump’s demands that Beijing do more to rein in its bellicose neighbor, Beijing, through the state-owned media, cautioned the US president on Friday that it would intervene (militarily) on North Korea’s behalf if the US and South Korea launch a preemptive strike to “overthrow the North Korean regime,” according to a statement in the influential state-run newspaper Global Times.


"If the U.S. and South Korea carry out strikes and try to overthrow the North Korean regime and change the political pattern of the Korean Peninsula, China will prevent them from doing so," it said.


At the same time, the Chinese regime  made it clear that its preferred outcome would be a continuation of the status quo, warning Kim Jong Un that it would "remain neutral if North Korea were to strike first."

Posted by Brock Townsend at Friday, August 11, 2017 No comments: Links to this post

Vietnam, America and the Moral Virtue of Capitalism 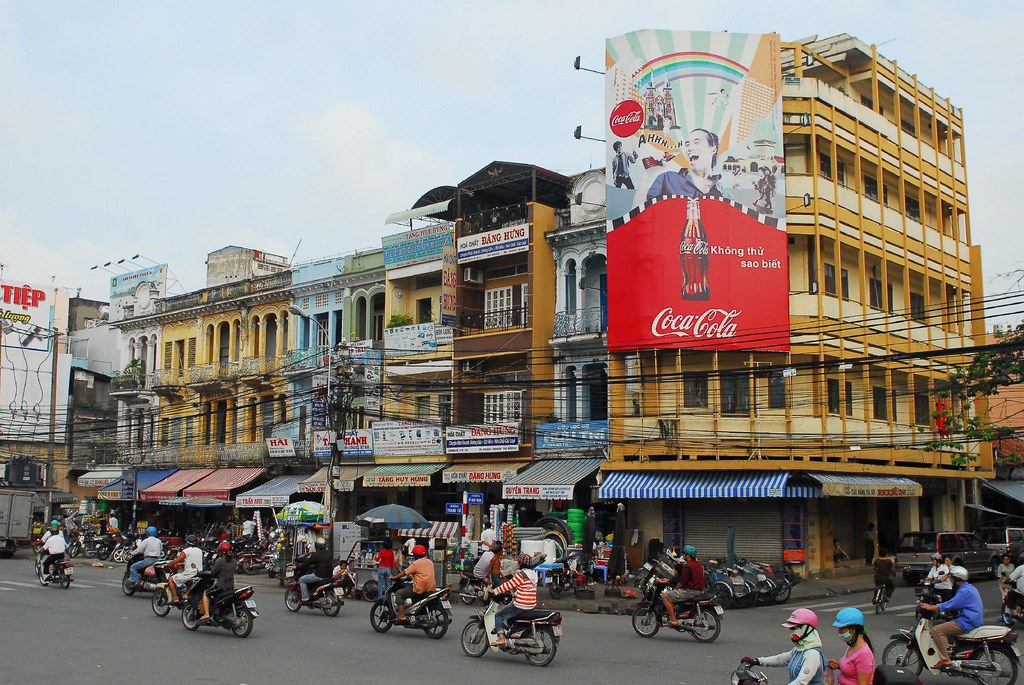 Yes, Vietnam has its problems. Its people continue to be led by a one-party government. Its military wields far too much power over the economy and government. The Vietnamese population, though young at the moment, will require greater and more expensive services as it ages. Nevertheless, these challenges are minor compared to what the Vietnamese people are gaining from their dedication to rule-based capitalism. And one day, when capitalism has empowered a strong middle class, Vietnam will follow capitalism to its inevitable destination: democracy.

According to two recent Pew research polls, 95 percent of Vietnamese support free market economics and 76 percent have a positive view of the United States. It’s not hard to understand why. Benefiting from a young population of entrepreneurially dynamic citizens, foreign investment and powerhouse export markets (the United States is Vietnam’s top export destination), Vietnam’s economy grew by nearly 6 percent in 2014. This year, Vietnam is on track for gross domestic product growth above 6 percent.

Capitalism, in short, is working wonders for the people of Vietnam. And they’re feeling that wonder in their pockets.


More @ Opportunity Lives
Posted by Brock Townsend at Friday, August 11, 2017 No comments: Links to this post

The far-left has an idiotic new craze: reduce economic growth

For rich countries? A 4-6 percent economic decline would be the endorsement of a permanent great depression. Again, employment, living standards, productivity, and aspiration would all fall by the wayside. And as individuals jockeyed to survive, corruption would grow endemic.

Forget innovations such as new medicines, new iPhones, and high-value research. The future would be bleak, and perpetually so.

But don't take Hickel's word or my attestations for it.

Ask the people of Vietnam. Once communists, (They still are) they are now the world's most avowed proponents of capitalism.

They are the proof of Hickel's lie.

Even the Soviets sought to maximize economic output. But today's contemporary far-left are far bolder: they believe that economics itself is wrong.

From their perspective, government shouldn't simply control the means of economic production (socialism), it should actively work to reduce gross domestic product (GDP).

Enter Dr. Jason Hickel of the London School of Economics, a man on a crusade to end "the tyranny of GDP."


More @ Washington Examiner
Posted by Brock Townsend at Friday, August 11, 2017 No comments: Links to this post

An attorney for Trump, Jay Sekulow read the stunning timeline breakdown of the Lynch-Clinton tarmac docs on his radio show Friday morning.
Sekulow pointed out that upper level crisis management stepped in and responded to an email inquiry within ONE MINUTE of the news breaking that Loretta Lynch and Bill Clinton met on the Phoenix tarmac in June of 2016. The internal panic is very telling. The Obama administration along with Lynch and Comey were doing everything they could to get this under control by creating talking points to deceive the public.

Jay Sekulow also found an email directly connecting the Obama White House to the AG Lynch scandal. This is an incredible discovery by Sekulow and his team as they uncover more lies about this tarmac meeting.


More @ The Gateway Pundit
Posted by Brock Townsend at Friday, August 11, 2017 No comments: Links to this post 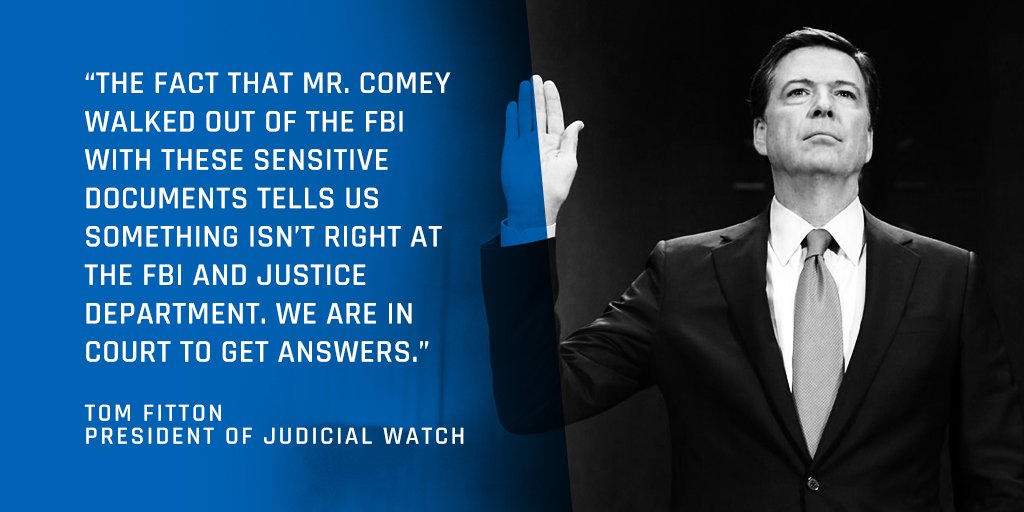 Judicial Watch announced today that it filed a Freedom of Information Act (FOIA) lawsuit against the Department of Justice for all non-disclosure agreements pertaining to the handling, storage, protection, dissemination, and/or return of classified information that were signed by or on behalf of former FBI Director James Comey (Judicial Watch v. U.S. Department of Justice (No. 1:17-cv-01624)).

The suit was filed in the U.S. District Court for the District of Columbia after the Justice Department failed to respond to a June 13, 2017, FOIA request seeking “any and all non-disclosure agreements pertaining in full or in part to the handling, storage, protection, dissemination, and/or return of classified and/or sensitive information that were signed by or on behalf of former FBI Director James Comey.”  Such records would include:
“How is it the FBI allowed Mr. Comey to walk out the door with sensitive documents about President Trump?” said Judicial Watch President Tom Fitton.  “It is remarkable that we have to sue the FBI in federal court to get these answers about this scandal.”


More @ Judicial Watch
Posted by Brock Townsend at Friday, August 11, 2017 No comments: Links to this post

Disney’s pro-gay cartoon for preschoolers: 12 facts you need to know

Doc McStuffins, a show about an aspiring doctor who "fixes" toys with help from friends, featured a family led by two "moms" in its August 5 episode "The Emergency Plan."

Although Doc McStuffins has been praised by many cultural critics for its depiction of a young African-American female doctor, it's now under fire for its most recent episode pushing same-sex "marriage."

Here are 12 facts about Doc McStuffins.

Nee has admitted the show gets "political." 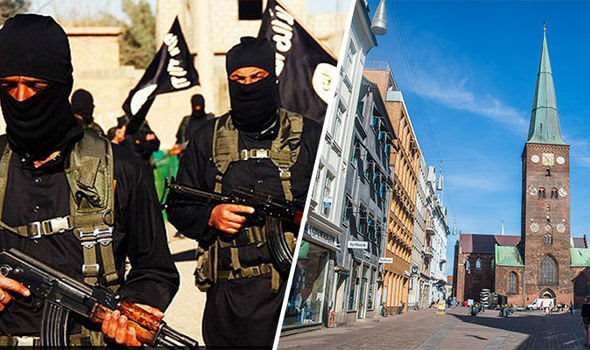 Police in the city of Aarhus, Denmark introduced the scheme after 36 young men travelled to Syria to join jihad, with 19 returning back to the country.

But the policy has been criticised by Danish MPs, with Naser Khadeer – a Muslim member of the Conservative People’s party – calling for a hardline approach to foreign fighters.

Speaking on the Australian news programme Dateline, he said: “What I have criticised when it comes to the Aarhus model is when you have been in Syria and you come back, it is wrong in my opinion to reward whoever has been in Syria by giving them an apartment, jobs, education.

“We should prosecute them not reward them.”


More @ Examiner
Posted by Brock Townsend at Friday, August 11, 2017 No comments: Links to this post

Video
Posted by Brock Townsend at Friday, August 11, 2017 4 comments: Links to this post

President Trump's tweeted threat to North Korea may signal a willingness by the U.S. to do something it has never done before — attempt to shoot down an enemy missile in a real world scenario.

"Military solutions are now fully in place, locked and loaded, should North Korea act unwisely," Trump tweeted this morning, escalating a war of words that North Korea said earlier Friday is "driving the situation on the Korean peninsula to the brink of a nuclear war."

While Trump added, "Hopefully Kim Jong Un will find another path!" the Pentagon has confirmed military options have been drawn up.

"Do I have military options? Of course I do," Defense Secretary Jim Mattis told reporters Thursday. "And of course, there's a military solution."


More @ Washington Examiner
Posted by Brock Townsend at Friday, August 11, 2017 No comments: Links to this post

Mother Fatally Shoots Five-Time Felon: ‘He shouldn’t have brought his a** into my house’

Posted by Brock Townsend at Friday, August 11, 2017 2 comments: Links to this post 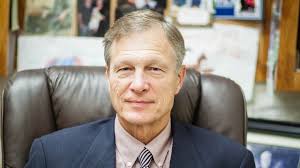 Texas Republican Rep. Brian Babin is asking for congressmen to sign onto a letter requesting that special counsel Robert Mueller appear publicly in a congressional hearing, The Daily Caller has learned.

Mueller, who is investigating Russian election interference and possible ties between the Kremlin and the Trump campaign, has come under intense criticism from allies of President Donald Trump for hiring attorneys who have donated to Democratic candidates and for his personal relationship with former FBI Director James Comey. Trump himself has called Mueller’s employment of Democratic donors “ridiculous,” yet he maintains that he has no plans to dismiss the special counsel.


More @ The Daily Caller
Posted by Brock Townsend at Friday, August 11, 2017 6 comments: Links to this post


14th Circuit Solicitor’s Office states: “Before Estill Police Officer Quincy Smith answered a service call for a possible armed robbery, he flipped on the body-camera goggles he purchased for himself over the Internet. Months later, while testifying against the man who tried to kill him, he called it the best $30 he ever spent. Here’s the footage, captured by Smith, that helped convict Malcolm Antwan Orr, 29, of attempted murder and possession of a weapon during the commission of a violent crime.”


More @ The Gateway Pundit
Posted by Brock Townsend at Friday, August 11, 2017 2 comments: Links to this post A federal prosecutor’s body was discovered on a Hollywood, Florida beach on May 24.

He was shot in the head.
Beranton J. Whisenant, Jr.’s body was found in May by a random individual. The police were investigating at the time to determine if Whisenant’s death was a “homicide, suicide, or something else.”


Whisenant worked for the U.S. Attorney’s Office in Miami in its major crimes unit. He was handling several visa and passport fraud cases in Debbie Wasserman Schultz’s district.

Posted by Brock Townsend at Friday, August 11, 2017 No comments: Links to this post