LaVoy Finicum shooting: FBI leaders knew agent lied more than a year ago, but didn't put him or four of his colleagues on leave.

An indictment accusing an FBI agent of lying to hide that he fired two shots at Robert "LaVoy" Finicum and missed caps an 18-month investigation that began with Oregon sheriff's detectives who followed "where the evidence led," their commander said Wednesday.

Deschutes County Sheriff Shane Nelson credited his investigators for their tenaciousness and said he was "disappointed and angry'' that the FBI agent's alleged deceit and actions "damage the integrity of the entire law enforcement profession.''

The sheriff also revealed that FBI leaders, told of his department's findings more than a year ago, didn't put the agent or four of his colleagues on leave. They were all members of a Hostage Rescue Team assigned to help arrest the leaders of the armed takeover of the Malheur National Wildlife Refuge.

The indictment of W. Joseph Astarita, 40, of New York casts a shadow on the highly trained team.

Trump: 'Dishonest media' won't stop us from accomplishing our goals

President Trump on Sunday didn't let up the gas in his criticism of the press, tweeting that “the dishonest media” will not stop his administration from accomplishing its goals.

“The dishonest media will NEVER keep us from accomplishing our objectives on behalf of our GREAT AMERICAN PEOPLE! #AmericaFirst,” Trump said.

The tweet included a video of Trump speaking Saturday night at Washington, D.C.'s Kennedy Center, where he also mocked the media.


More @ The Hill
Posted by Brock Townsend at Sunday, July 02, 2017 No comments: Links to this post 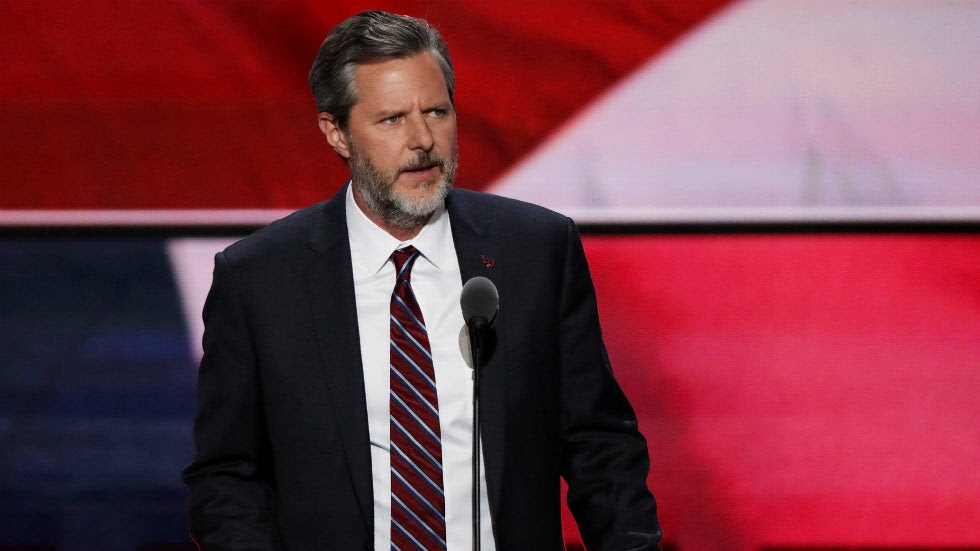 The president of Liberty University on Sunday defended President Trump's tweets going after his opponents.

"The left is melting down," Jerry Falwell Jr., a Trump supporter, said during an interview on Fox News.

"It's incredible to watch how they still haven't gotten over how Donald Trump won and when he hits them back on Twitter, I actually appreciate that."

Falwell continued to praise Trump for his leadership.

"We're finally getting back to a bold leader who's willing to speak his mind," he said.


More @ The Hill
Posted by Brock Townsend at Sunday, July 02, 2017 No comments: Links to this post

Posted by Brock Townsend at Sunday, July 02, 2017 No comments: Links to this post

Polls: More Americans Have Faith in Pro Wrestling than the Liberal Mainstream Media

In fact, more Americans have trust in professional wrestling than they have great confidence in the liberal media.


Still, despite the hoopla, wrestling remains a preoccupation with only a minority of the American public. A new Gallup poll conducted August 16-18 shows that only 18% of Americans consider themselves to be fans of professional wrestling.

meanwhile, trust in the liberal mainstream media continues to shrink.

Only 16% of Americans have a large amount of trust in the national news media today.


More @ The Gateway Pundit
Posted by Brock Townsend at Sunday, July 02, 2017 2 comments: Links to this post

Why Vicksburg Canceled the Fourth of July – For a Generation 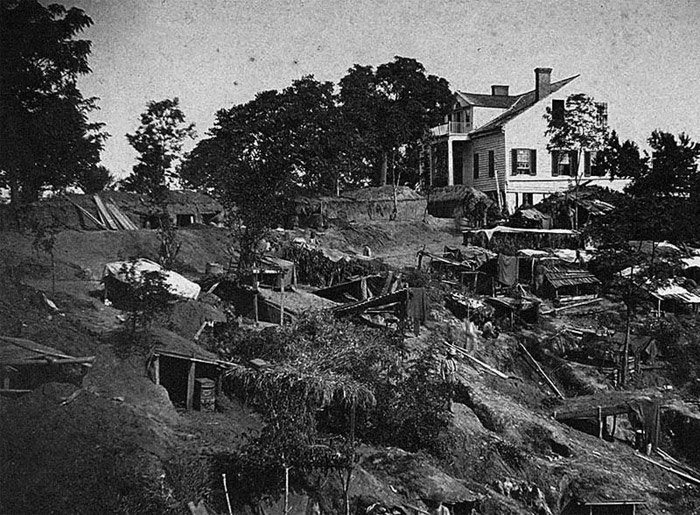 From May through early July 1863, Vicksburg, Mississippi, a strategically important city on the Mississippi River, was besieged by Federal forces under the command of General Ulysses S. Grant, and by a flotilla of gunboats in the river commanded by Admiral David Porter. The city was surrounded by outlying Confederate lines of defense, but the Union forces also shelled the city itself, which was full of civilians, who dug caves into the clay hills of Vicksburg for protection from the artillery bombardment. The siege lasted 47 days, until the city and its Confederate defenders were at last starved into submission. The Confederate commander, Gen. John C. Pemberton, surrendered on July 4, 1863. So bitter were the feelings and memories of the people of Vicksburg afterward that they did not officially observe the Independence Day holiday for the next 81 years (not returning to its observance until 1945).


More @ The Abbeville Institute
Posted by Brock Townsend at Sunday, July 02, 2017 No comments: Links to this post

What's The Real Story on The NY 'Doctor'?


A doctor who killed another physician at a New York City medical center and wounded six other people before taking his own life had sent an email to a newspaper blaming hospital officials for wrecking his career, the New York Daily News reported on Saturday.

Yes, it was all the hospital's fault.

Let's see what we know.  The "doctor" was an immigrant; from Nigeria, it appears.  Reuters "mentions" that he obtained a medical degree from Dominica, but doesn't mention a few other things.

Like, for example, that his name is a muslim northern Nigerian name.  He apparently threatened to kill his co-workers, if this source is to be believed, and then carried out that threat.  Oh, and he has three prior arrests, all involving allegations of various improprieties with women, dating back to 2003.

It appears that he came to New York for the explicit purpose of carrying out this act; CBS New York says he was living in California, which certainly implies he went to a hell of a lot of trouble and this was no "random" incident.

The controversial “Obamaphone” program, which pays for cellphones for the poor, is rife with fraud, according to a new government report released Thursday that found more than a third of enrollees may not even be qualified.

Known officially as the Lifeline Program, the phone giveaway became a symbol of government waste in the previous administration. Now a new report from the Government Accountability Office bears out those concerns.

The report, requested by Sen. Claire McCaskill, Missouri Democrat, also says the program has stashed some $9 billion in assets in private bank accounts rather than with the federal treasury, further increasing risks and depriving taxpayers of the full benefit of that money.

“A complete lack of oversight is causing this program to fail the American taxpayer — everything that could go wrong is going wrong,” said Mrs. McCaskill, ranking Democrat on the Senate’s chief oversight committee and who is a former state auditor in Missouri.

“We’re currently letting phone companies cash a government check every month with little more than the honor system to hold them accountable, and that simply can’t continue,” she said.


More @ The Washington Times
Posted by Brock Townsend at Sunday, July 02, 2017 No comments: Links to this post

President Trump stepped up his attack on the press over the holiday weekend, telling an audience of veterans in Washington that the media failed in trying to stop him from achieving his objectives.

“The fact is the press destroyed themselves because they went too far,” Mr. Trump said at an event at the Kennedy Center. “Instead of being subtle and smart, they used the hatchet, and the people saw it right from the beginning.”

Mr. Trump, who has seized on an erroneous story by CNN in the past week to illustrate his point, said the media has been working against him from the start.

“My administration is transferring power outside of Washington and returning it to where it belongs, the people,” the president said. “The fake media is trying to silence us, but we will not let them. The people know the truth. The fake media tried to stop us from going to the White House, but I’m president and they’re not.”

Wombs for men: Astonishing prospect as fertility doctors back operations on NHS so transgender women born as boys can have babies 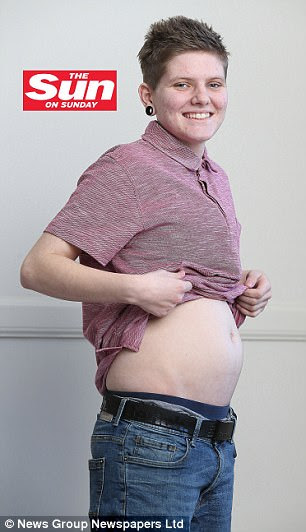 Transgender women who were born male should be given womb transplants so that they can have children, leading NHS doctors have told The Mail on Sunday.

And fertility experts say taxpayers should fund such transplants for those who identify as women, on the basis of ‘equality enshrined in law’.

Posted by Brock Townsend at Sunday, July 02, 2017 No comments: Links to this post

"The Communist Chinese do a better job leading Hong Kong than the Democrats do in any major city in the United States." 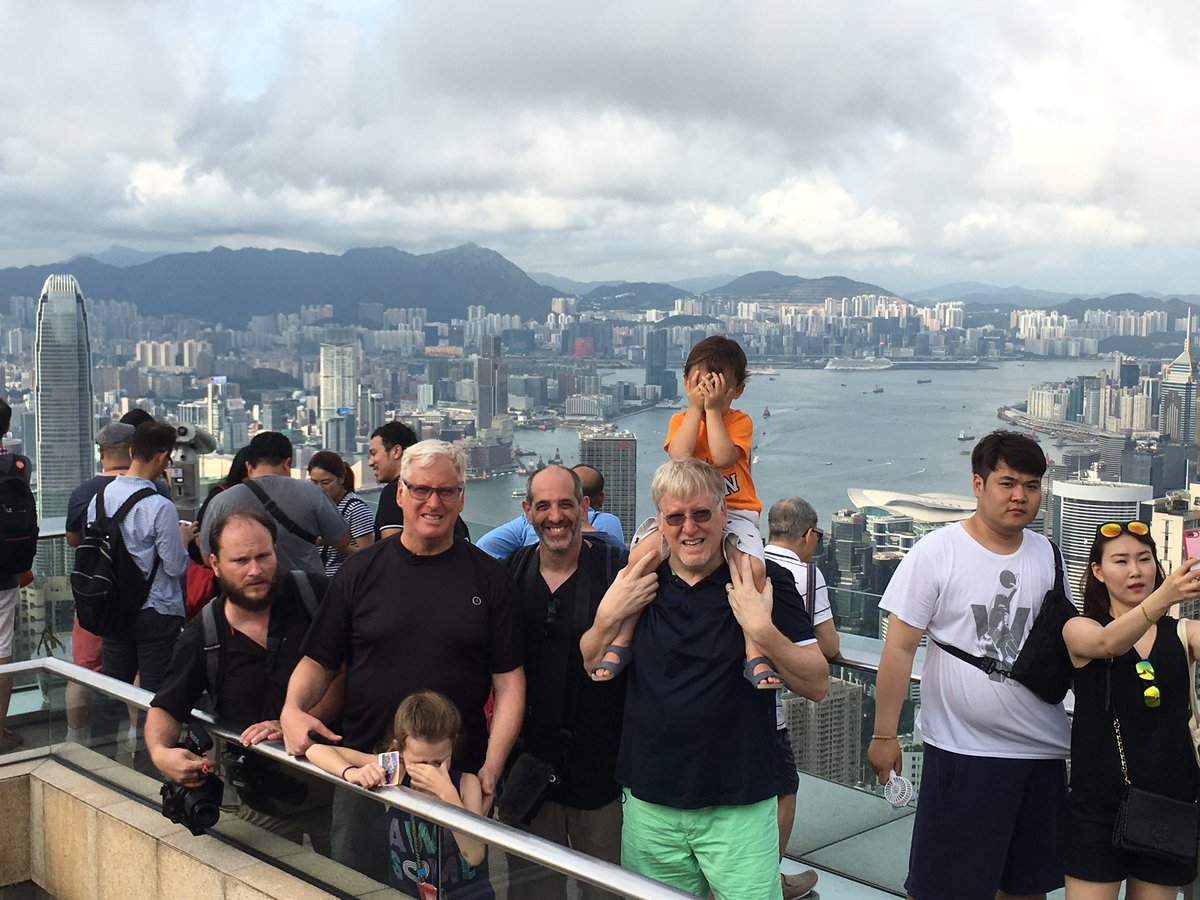 I returned home Friday night from another wonderful trip to Asia.

Hong Kong is celebrating 20 years of China rule this weekend.

More @ The Gateway Pundit
Posted by Brock Townsend at Sunday, July 02, 2017 4 comments: Links to this post

Trump has granted Mattis extraordinary powers in the fight against ISIS, including the ability to set troop levels and adjust the rules of engagement. The decisions mark a sharp departure from the policies of former President Barack Obama, who tightly managed the wars from the White House.

The fight against the Islamic State is being pursued with renewed vigor, President Donald Trump assured a Saturday night crowd of veterans and evangelical Christians at the Kennedy Center.

“It’s a whole different ball game folks,” Trump said of the renewed U.S. effort against the terrorist group. The president also hailed his own decision to select Secretary of Defense James Mattis, likening the former U.S. General to that of famed U.S. World War II hero Gen. George Patton. “We’ve got some Pattons today too, I found em….Mad Dog Mattis,” the president declared

Story and video @ The Gateway Pundit
Posted by Brock Townsend at Sunday, July 02, 2017 No comments: Links to this post

CALIFORNIA SELLS THE SAME VOTER DATA THEY WON’T GIVE TRUMP 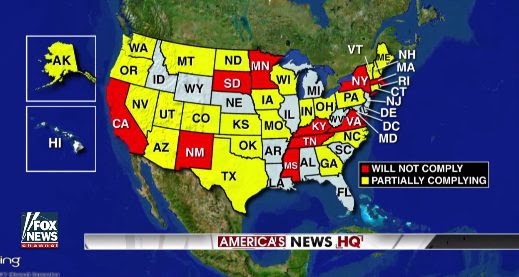 President Trup’s voting commission asked all 50 states for voter names, addresses, party affiliation and voting records, part of an investigation into voter fraud by a commission he launched last month.
Officials in 10 states already announced they would not comply at all with the request. Those states are California, Kentucky, Massachusetts, Minnesota, Mississippi, New Mexico, New York, South Dakota, Tennessee and Virginia.


More @ The Gateway Pundit
Posted by Brock Townsend at Sunday, July 02, 2017 2 comments: Links to this post

Scalawag: Confederate Monuments and the Fourth of July In 1871, the city of Richmond, Virginia, publicly celebrated the Fourth of July. It was an unfamiliar experience. There had been no general commemoration of Independence Day since 1860 -- before Virginia had seceded from the nation that was formed in 1776.

Other Southern cities were not ready to resume participation in our national ritual. Cheraw became the first place in post-Civil War South Carolina to do so, in 1891. Jackson, Mississippi, waited until 1901 to hold a reading of the Declaration of Independence on the occasion. Vicksburg, Mississippi, didn't join the party until 1945.

Staunch supporters of the Lost Cause had little fondness for the United States. The Stars and Stripes was the banner of their enemy. When Union troops occupied Richmond in April 1865, the first thing they did was hoist the American flag over the capitol.