Via comment by Sioux on Sandy Hook commission blames homeschooling 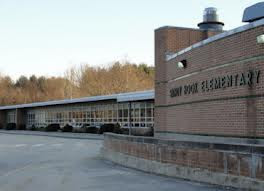 Adan Salazar at Infowars recently published an article asserting that the FBI says no one was killed at Sandy Hook. The article draws on FBI uniform crime report (UCR) data as evidence. Specifically, Salazar indicates that UCR homicide data contains an entry of “0” for the Newtown, Connecticut row.


While there are very important FBI data issues in play regarding the Sandy Hook event, the issue identified by Salazar is a non-starter. This article (written by a criminologist) first explains why the data entry identified by Salazar in no way whatsoever supports the claim that the FBI says no one was killed at Sandy Hook. Then, we pinpoint a legitimate FBI/Sandy Hook related data issue that adds to the host of important questions about the Sandy Hook event.

These stories are almost always wild exaggerations or outright fiction. But if you’ve ever heard of the cache of iconic warbirds at Wilson Connell “Connie” Edwards’ west Texas ranch, it’s absolutely real.
The irascible former movie pilot who made a fortune in the oil business has added to his vast inventory of mostly World War II-era fighters, seaplanes, and surplus parts for more than a half century. Now, he’s decided to sell many of them—but only on his own nonnegotiable terms.


Almost 2 weeks ago remains of Ju 87 "Stuka" dive bomber has been discovered near Croatian Island of Žirje but information was publicly disclosed only yesterday... wreckage is in surprisingly good condition after all this years under the relatively warm waters of the Adriatic and it stands on its wheels down position on the seabed. It is estimated that it is possible to be fully restored which is planned in the future.

There are only 2 of these existing aircrafts in museums in Chicago and London out of 5709 total built, 2 other wrecks from the Norway and Greek waters were found in much worse conditions.

It was discovered by luck fallowing the information from local fisherman community, the dive was conducted by the members of Department of Underwater Archeology of The Croatian Restauration Society, diving club ZG-SUB and Ministry of Defence Military Museum.

Engine from the plane has been ripped off from the impact with the sea and it lies close to the aircraft.... it is presumed that this is Italian Airforce R-2 variant of the famous dive-bomber shot down by Royal Yugoslav Army in April War of 1941.

Literature says it is probably the Ju 87 R-2 aircraft from the 239. Squadriglia, 97 Gruppo Bombardamento a tuffo which on 12.04. 1941 with 2 more aircraft was involved in attack on Royal Yugoslav Navy hydroplane squadron anchored in the bay of Jadrtovac near the city of Šibenik.... two planes were hit, one plane was shot down and its crew was killed, second one was damaged and was forced to land on the sea where it layed until now.

Believe it or not, it's not a parody.

Wow. The Washington Post either has a really weird sense of humor, or they are wildly disconnected from the political atmosphere in America. In an opinion piece (I know, it’s kinda hard to tell nowadays) writer Mark Maske speculated on a possible career option for Eric Holder, now that he has resigned from the position of Attorney General. According to Maske, Holder should lend his credibility and professionalism to the troubled NFL… And no, I don’t think this was satire. According to the WashPo:


Here is one bit of unsolicited advice for the NFL: Hire Eric H. Holder Jr. and put him in charge of all off-field player discipline. Do it as soon as possible. And hope that it helps to restore the public’s trust and confidence in the sport’s ability to deal with players’ off-field misbehavior.

Wait… We are talking about the Eric H. Holder Jr., right? 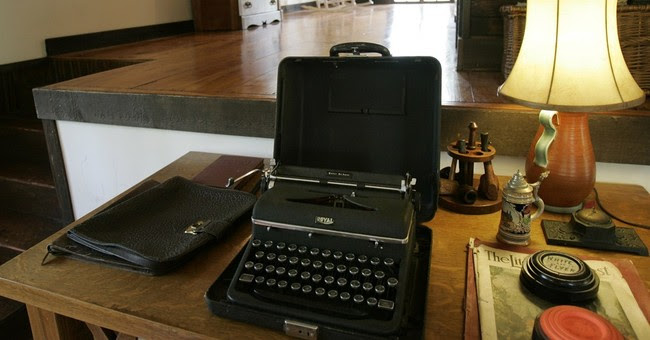 Can you imagine the reputation of a literary figure surviving the disclosure that he worked (however briefly and ineffectually) for Hitler's Abwehr?

Yet Ernest Hemingway worked for Stalin’s KGB and nobody (among the “smart set”) seems to bat an eye.

According to KGB defector Alexander Vassiliev "the 42-year-old Hemingway was recruited by the KGB under the cover name "Argo" in 1941, and cooperated with Soviet agents whom he met in Havana and London. This comes from a book published in 2009 by Yale Univ. Press (not exactly a branch of the John Birch Society.)

"Castro's revolution," Hemingway wrote in 1960, “is very pure and beautiful. I'm encouraged by it. The Cuban people now have a decent chance for the first time." Perhaps this was fitting praise from Hemingway for a regime that transplanted Stalin’s into the Caribbean. Except that Castro and Che Guevara’s regime jailed and tortured political prisoners at a slightly higher rate than did Stalin’s.

A former Romanian prison commander has appeared in court to face charges of torture and causing the deaths of 12 political prisoners during the country’s communist era.

Alexandru Visinescu, 88, is accused of subjecting political detainees in the notorious Ramnicu Sarat prison to conditions “designed to destroy them physically, by depriving them of medical care, food and heating and inflicting abuse on them,” according to the charge. Adam Lanza, 20, has been described as being “dark and disturbed” before his death. He coldly murdered his own mother in their expensive home near Newtown, Connecticut. Then he took her legally registered guns to the nearby Sandy Hook Elementary School and shot and killed 20 children and six adults. Then he took a handgun and shot himself.

Reports say he suffered from Asperger’s syndrome, “or a personality disorder.” And he “had a tortured mind.”

Now a state commission of 16 educators, local and state officials and behavioral experts assembled by Gov. Dannel Malloy after the tragedy has a game plan to prevent future occurrences.
Monitor homeschoolers.