Nearly 5,000 handguns, rifles and other weapons were destroyed Wednesday as part of the Los Angeles County Sheriff Department’s 21st annual Gun Melt event, authorities said. KNX 1070’s Karen Harlow reports weapons that were confiscated in Los Angeles County and collected through the “Gift for Guns” program were melted into materials that will eventually help support the county’s infrastructure.

CONFIRMED – Officer Darren Wilson Did Know Mike Brown Was Suspect In Robbery, and Did See Stolen Cigars In His Hands Prior To Attempting Questioning

Things are adding up rather quickly now.

Contrary to popular media spin, Police Chief Tom Jackson confirms that Officer Darren Wilson did see cigars in the hands of Mike Brown and did view him as a potential suspect in the previous strong-arm robbery when he approached for questioning.


(Saint Louis Dispatch) The officer who shot Ferguson teen Michael Brown stopped Brown and another teen because they were walking in the street, not because of a robbery a few minutes earlier, Ferguson Police Chief Tom Jackson said Friday afternoon.

Jackson said the officer was aware cigars had been taken in the robbery of a store nearby, but did not know when he encountered Brown and Dorian Johnson that they might be suspects. He stopped them because they were walking in the street, Jackson said.

But Jackson told the Post-Dispatch that the officer, Darren Wilson, saw cigars in Brown’s hand and realized he might be the robber. 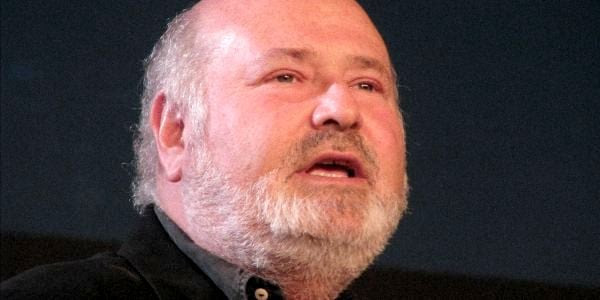 Actor and director Rob Reiner was once best known to America’s TV audiences as “Meathead,” the young liberal who riled up Archie Bunker on “All in the Family.”

Today, Reiner is still riling others up with his liberal politics – as an activist for same-sex marriage in California and campaigning for the likes of Al Gore and Howard Dean.

His latest lefty comments, however, may catch some by surprise.

Appearing on Larry King’s Russia Today television program, “Politicking with Larry King,” Thursday night, Reiner compared the tea-party movement to the terrorist organization Hamas, claiming there’s only one way to deal with such “extremist” groups: You have to “eliminate” them. 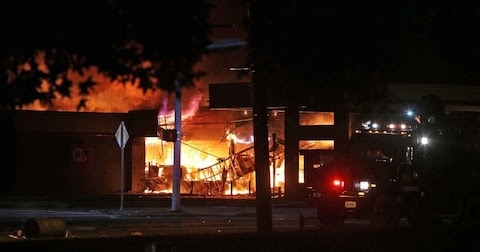 Methinks there cometh three horsemen of a sorry apocalypse: First, blacks are again rioting, looting, and burning. Second, the media are as usual lying, interpreting, concealing. Third, swatted-out heavies of a bush-league police force knock reporters around, arresting them for nothing, and refusing to reveal their identities. We are seeing the birth of a nation.

What actually happened in Ferguson? God only knows. Of course we are hearing from talking heads with bargain-basement IQs that a policeman, from racial motives, shot an unarmed black kid because he refused to stop walking in the street. Did it happen? Possibly. I wasn’t there. But the story smells.

Reflect: Every white cop short of the orbit of Neptune knows that if he shoots a black, he faces dismemberment in the media, loss of job and pension, probable criminal charges locally by a publicity-seeking prosecutor, a well-funded civil suit that he can’t afford filed by surviving family members, and trumped-up federal civil-rights charges from an attorney general who doesn’t like whites.

All this because he wants to shoot a black kid for jaywalking?


More @ Fred On Everything
Posted by Brock Townsend at Friday, August 15, 2014 13 comments: Links to this post

Although U.S. airstrikes on ISIS in Iraq have helped to slightly push back the terror army, they're still on the march with no plans of stopping. As a result, an all-female battalion has prepared themselves to take on the brutal group should they advance in Kurdistan


More with video @ Townhall
Posted by Brock Townsend at Friday, August 15, 2014 2 comments: Links to this post

Six (only six?) examples Obama is purposefully enabling the Islamist cause

The only plausible explanation for many actions taken by President Obama and his administration is that they are working counter to the security of the United States of America. How else can one rationalize the following:
More @ Allen B West
Posted by Brock Townsend at Friday, August 15, 2014 2 comments: Links to this post

Via comment by Sioux on Police: Teen shot by cop suspect in recent robbery... 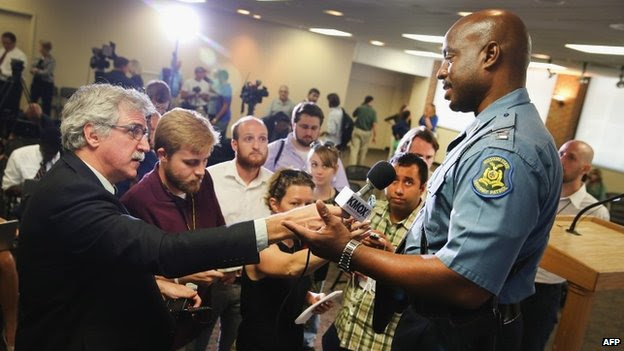 Police released to the press pictures of a well-built black man intimidating a clerk in the store.


More with video @ BBC
Posted by Brock Townsend at Friday, August 15, 2014 No comments: Links to this post

Holder Warns Missouri Police on Use of Military Equipment

Via comment by Badger on We Must Demilitarize the Police

with a comment:  “Dude didn’t you get the memo? You sent the military equipment for exactly this reason, to crush the serfs. They must learn to obey instantly or be killed.” 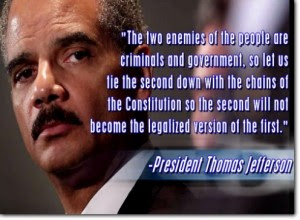 Attorney General Eric Holder on Thursday said his department has warned Missouri police officials against the deployment of military equipment as part of its effort to quell riots taking place there, and said the use of this equipment sends the wrong message. 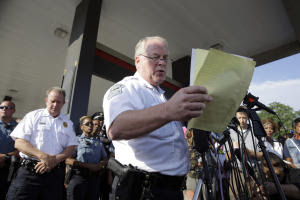 A suburban St. Louis police chief on Friday identified the officer whose fatal shooting of an unarmed black teenager ignited days of heated protests, and released documents alleging the teen was killed after a robbery in which he was suspected of stealing a $48.99 box of cigars.

Ferguson Police Chief Thomas Jackson released several police reports and documents during a news conference where he also identified the officer involved as Darren Wilson, who has been on administrative leave since the shooting of 18-year-old Michael Brown on Aug. 9.

More with video @ Yahoo
Posted by Brock Townsend at Friday, August 15, 2014 8 comments: Links to this post

Retired Cpl. Robert Richards, 28, died at his home in Jacksonville, North Carolina, according to Guy Womack, Richards’ attorney and friend. An autopsy is being conducted to determine the cause of death, Womack said, adding that it does not appear to be self-inflicted. A medical examiner will look at the mix of medication Richards was taking, he said.

Putin: 'The petrodollar must die'

Russian President Vladimir Putin has once again declared “the petrodollar must die,” leaving no doubt he is on a mission to reduce the importance of the U.S. dollar as a measure of international oil trade.

Reuters reported Thursday that Putin, in a visit to the newly annexed Crimea, said Russia should aim to sell its oil and gas for rubles globally, because the dollar monopoly in energy trade was damaging Russia’s economy.

“We should act carefully,” Reuters quoted Putin as saying. “At the moment we are trying to agree with some countries to trade in national currencies.”

At the same time, economics blog ZeroHedge.com is reporting Russia’s Gazprom has a lock-hold on Europe at least until 2016, the earliest date commercial shale gas production in Europe will be of sufficient quantity to make an impact on the continent’s energy market. 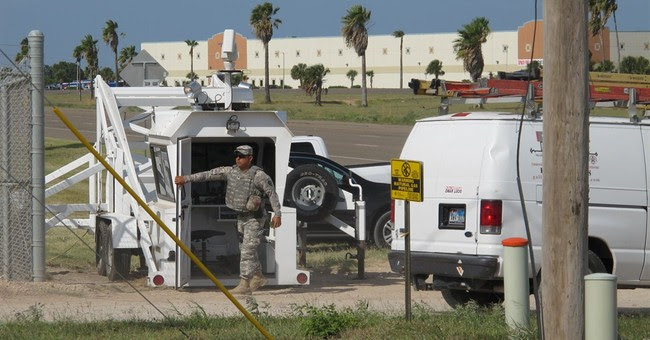 The first wave of National Guard troops has taken up observation posts along the Texas-Mexico border.


More @ Townhall
Posted by Brock Townsend at Friday, August 15, 2014 No comments: Links to this post 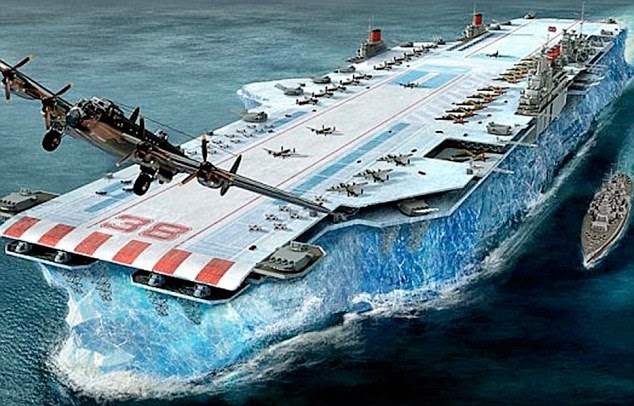 The madcap Englishman was in a sanatorium, spaced out on amphetamines as he combated crippling chronic exhaustion from over-work.

But as he slid between the extremes of fatigue and a blissed-out chemical high, his mind, as always, was racing at the speed of light, struggling with the complexities of his latest brainwave.

Aircraft carriers made from ice!


More with video @ Daily Mail
Posted by Brock Townsend at Friday, August 15, 2014 No comments: Links to this post

We Must Demilitarize the Police

Rand Paul: "If I had been told to get out of the street as a teenager, there would have been a distinct possibility that I might have smarted off. But, I wouldn’t have expected to be shot."

While the two shooting events are separated by two and a half years, Trayvon (Feb 2012) Mike Brown (Aug 2014) the similarities are quite remarkable.   One of the key aspects that aligns both narratives is the appearance of the attorney for both families Benjamin Crump.  The second key aspect is the way the media portray both events.


More @ The Conservative Treehouse
Posted by Brock Townsend at Friday, August 15, 2014 2 comments: Links to this post

A race war is well overdue, unfortunately.  Thanks, $harpton, Je$$e and the $PLC.


Members of the gun rights group Open Carry Texas met with Fifth Ward community leaders Wednesday, hoping to explain why they chose an historic African-American community to hold a demonstration.

Members of the group were met by a chorus of voices telling them to stay out of the neighborhood and warned they will be "matched gun-for-gun."

"I'm going to tell you something homie, this is Fifth Ward, you ain't coming in here running nothing," community activist Quanell X said while flanked by members of the New Black Panther Party, who were holding assault rifles.


The two groups sat across from one another at a small folding table under a tree near the intersection of Lockwood and Lyons to discuss the details of Saturday's upcoming event.