Obama plans to extend gun background checks to Social Security. The administration will use the same strategy they use to confiscate guns from veterans who have others handle their financial affairs only this will affect a massive 4.2 million Americans.  An inability to balance a checkbook could get them banned from owning a gun.]

This is the single most massive gun grab by this administration. If you are elderly, a veteran or disabled, you might have your gun taken away because of Obama’s big brush approach to gun control.

About 4.2 million adults receive monthly benefits that are managed by “representative payees” and they would all be subject to gun confiscation.

Gun rights activists, mental health experts, advocates for the disabled and others are critical of the plan, according to the LA Times.

Investigators are risking brain aneurysms trying to divine a motive for a 24-year-old Muslim immigrant named Mohammad Youssuf Abdulazeez, an immigrant who has made several unexplained visits to the Middle East recently and whose father managed to end up on the terror watch list, shot up an armed forces recruiting station and killed four US Marines. Leading the investigation is the US Attorney for the Eastern District of Tennessee, a guy named Bill Killian.


Attorney General Loretta E. Lynch said the F.B.I. was leading “a national security investigation,” and the United States attorney for the Eastern District of Tennessee, William C. Killian, said federal officials were “treating this as an act of domestic terrorism.” But he, like other federal officials, cautioned that the investigation would ultimately determine how the shooting would be classified. Law enforcement officers swarmed the sites throughout the day and said that they knew of no public safety concerns.


We wrote about Killian a couple of years ago. Back then Killian was advocating prosecuting people for hate crimes for ‘anti-Muslim’ speech. No mention of advocacy of violent (assuming there is any other kind) jihad, but he was really, really concerned that people were being all meany pants to Muslims. Via POLITICO:

Comment by True Blue on I Will Not Go Peacefully 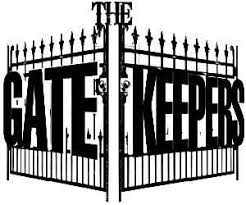 "Sorry if this is out of context Brock, but it seemed apropos. I mentioned before that Google/yahoo etc. searches for "free nc" stopped turning up this site and a person had to search for "free North Carolina." Now, the powers that be have scrubbed that search term too and the word "BlogSpot" must be added in order to turn up your site -and that only brings up archives for three articles or so.

Go peacefully or not -it matters little if you are muffled and silenced by the gatekeepers anyway.
Just FYI."
Posted by Brock Townsend at Saturday, July 18, 2015 4 comments:

Via comment by Shane  on I Will Not Go Peacefully

A key part of President Obama’s legacy will be the fed’s unprecedented collection of sensitive data on Americans by race. The government is prying into our most personal information at the most local levels, all for the purpose of “racial and economic justice.”

Unbeknown to most Americans, Obama’s racial bean counters are furiously mining data on their health, home loans, credit cards, places of work, neighborhoods, even how their kids are disciplined in school — all to document “inequalities” between minorities and whites.

I Will Not Go Peacefully


For the most part, I think my last post was seized upon for its anti-tax position much more than it should have been. Who cares about my particular situation? Is it relevant? My answer is no. I was asking how long will you wait to resist? Or as one person suggested: What are you doing to resist?

Trust me, the very mention of resistance caused visits from the Department of Homeland Security (an inclusion which will already invite numerous visits), the USDA, the Environmental Protection Agency, the Department of Defense, the Naval Information boys, the Department of State, office of the Secretary and numerous state organizations all interested in what I might say about resistance to their illegal activities.

If anyone doubts that what I write costs me something, think again. I put everything on the line every time I write a syllable. It is something I have understood since 2011 when an IRS agent arrived at my place of business to intimidate me with accusations and insinuations. Ultimately, it cost me several thousand dollars and more than a year of such intimidation.

These are the actions of an oppressive government. I relate such instances to put a personal face to the intimidation and oppression. I do not speak of generalities, of hypotheticals. These things have happened to me and continue to happen to me because I speak the truth and I tell the tale of the abuses of the government. My wife hates me for it, but has now, since she has also been implicated (by association), come to recognize that NO government has the right to treat their citizens as such and still claim the authority of the PEOPLE.

Via David "The more I read about this deal, the more I understand how Barackus is a traitor
MILLIONS of lives are going to end because of this man.  Untold millions.

On Wednesday Barack Obama lashed out at CBS reporter Major Garrett after he asked him about the four Americans left behind to languish in Iranian prisons.

Former Marine Amir Hekmati, Saeed Abedini and Vahid Salemi are being held in Iranian prisons. (Breitbart)
Obama was defending his nuclear deal with Iran when Garrett asked him about the US hostages in Iran.


Obama: I got to give you credit Major for how you craft those questions. the notion that I’m content as I celebrate with American citizens languishing in Iranian jails. … Major, that’s nonsense and you should know better.

Of course, that is exactly what he did.
The Obama administration did nothing to free American hostages during their talks with the Iranian regime.

American ISIS: The Government War on the Confederacy 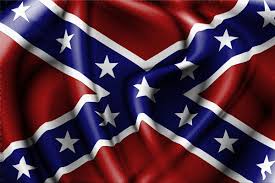 Publisher’s Note: Please keep in mind that in the broader sense that every war in history is about slavery; about who will own you and your resources.
My friend Joe Jarvis recently published a book I just read called Anarchy in New England. I posted a review at Amazon here. I highly recommend it. –BB

“A government that can at pleasure accuse, shoot, and hang men, as traitors, for the one general offence of refusing to surrender themselves and their property unreservedly to its arbitrary will, can practice any and all special and particular oppressions it pleases. The result — and a natural one — has been that we have had governments, State and national, devoted to nearly every grade and species of crime that governments have ever practised upon their victims; and these crimes have culminated in a war that has cost a million of lives; a war carried on, upon one side, for chattel slavery, and on the other for political slavery; upon neither for liberty, justice, or truth. And these crimes have been committed, and this war waged, by men, and the descendants of men, who, less than a hundred years ago, said that all men were equal, and could owe neither service to individuals, nor allegiance to governments, except with their own consent”
– Lysander Spooner

Dylann Roof murders nine black folks in cold blood in their house of worship in South Carolina; an awful event that deserves the fiercest condemnation. If one of the congregants had been armed, fewer people would have been harmed. It just so happens that the pastor is a former government “representative” who opposed concealed carry.