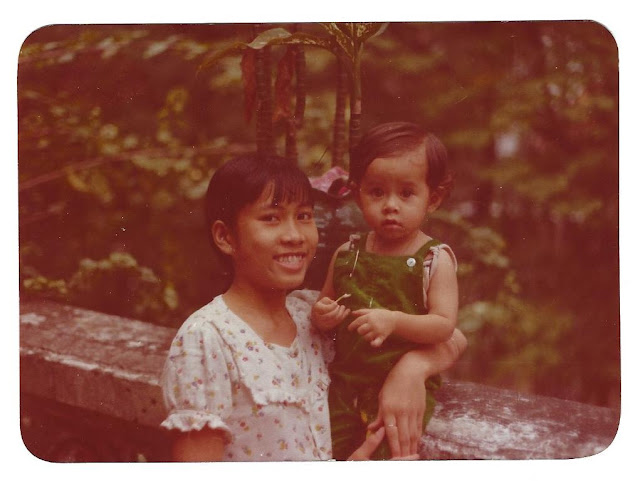 Sister-in-law and my first daughter

Saigon, Paris Of The Orient

Rep. Brian Mast (R-FL) is asking President Trump to enact an immediate “temporary ban” on AR-15 sales while Congress weighs whether to ban the rifles altogether.

Multiple Democrat Senators and Representatives are pushing an “assault weapons” ban and Rep. Mast used a February 25 Face the Nation appearance to push a specific ban on AR-15s as well.
Mast said,

It needs to be noted that an AR-15 is not “almost the exact same weapon” that Mast used. He used an M-16, which resembles an AR-15, but is fully automatic. M-16s have a selector switch on the left side of the rifle that allows military personnel to select their rate of fire–semi, full-auto, three round bursts–but an AR-15 is strictly semiautomatic. (Even an AR-15 with a bump stock only fires on round per each pull of the trigger.)

Nevertheless, Mast is pushing for a ban on AR-15s and, for now, is asking President Trump to put a “temporary ban” in place to give Congress time to act. “It has been our happiness to believe, that in the partition of powers between the general and State governments, the former possessed only such as were expressly granted, or passed therewith as necessary incidents, while all the residuary powers were reserved by the latter.”
--Spencer Roane

Had one-time friends John Adams and Thomas Jefferson not had such a high-profile and historic falling out, Spencer Roane would have been Chief Justice of the Supreme Court. He was Jefferson’s pick, but Adams tapped his fellow nationalist John Marshall to occupy that powerful position.

As it was, Spencer Roane served on the highest court in his home state of Virginia and became one of Jefferson’s staunchest allies and one of the ablest defenders of federalism and the Constitution, including the concept commonly called “states’ rights.”

Roane was born on April 4, 1762 in Essex County, Virginia. Roane’s father was a member of the House of Burgesses until the War for Independence, at which time he joined the militia of the Old Dominion, rising to the rank of colonel.

More @ The Abbeville Institute
Posted by Brock Townsend at Monday, February 26, 2018 No comments:

Brother Of Columbine Victim Speaks Out Against Gun Control 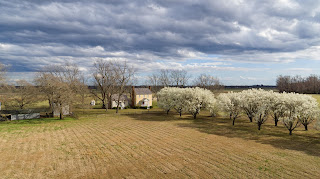 Posted by Brock Townsend at Monday, February 26, 2018 No comments:

If You’re For Banning Guns To Save Kids But Still Support Abortion, You’re a Liar

Parkland First Responder: "Everything I was trained on mass casualty events says they did the wrong thing."

I spoke with a seasoned emergency medical responder who was one of the first to the Stoneman shooting. He doesn't want me using his name for fear he will get fired. Here are his exact quotes.
@wsvn 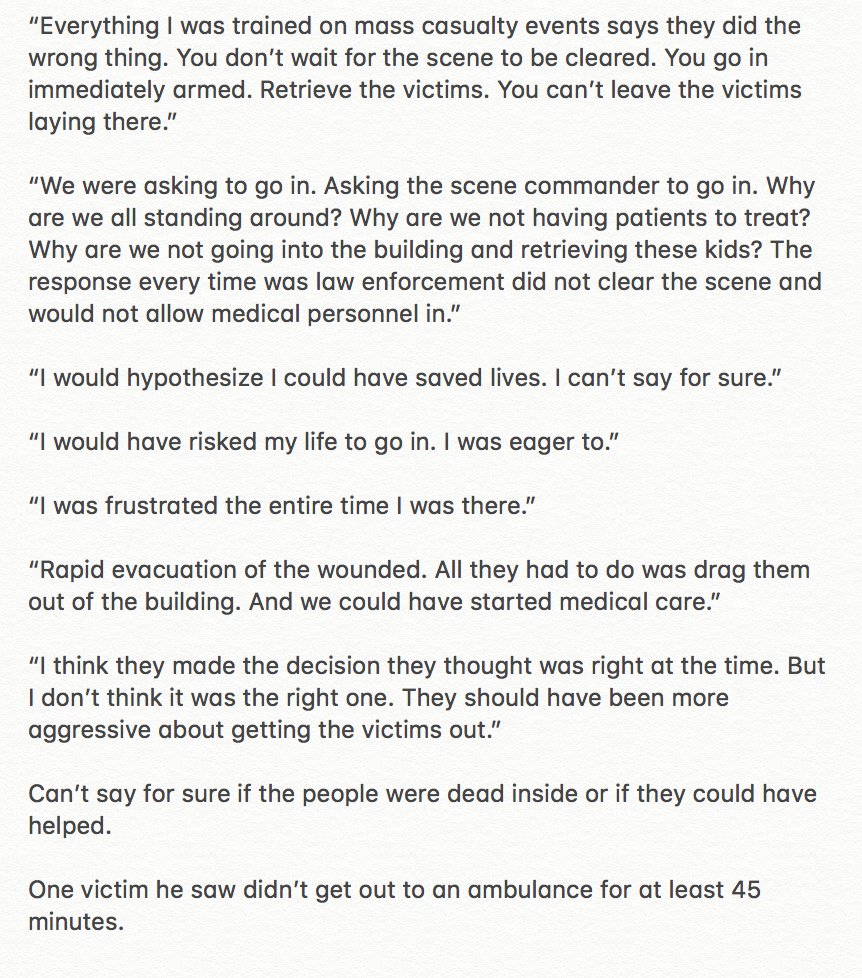 The Rot in American Law and Justice

The awful paralysis of four armed deputies, who sheltered outside Marjory Stoneman Douglas High School while inside, an unchallenged lunatic murdered children, should dwell in the national mind.

Whether it resulted from shared cowardice, bad orders, or poor training at the Department, Sheriff Scott Israel must account to his community and the report should inform the nation.

The atrocity in Parkland is the most recent and tragic of high profile failures in American law and justice. But it is not the most representative or troubling sign of rot in once-trusted institutions.

Recent events have revealed a long train of flawed officials with personal and political motives, engaging in conduct severed from Constitutional oaths, from ideals of service, and even from basic lawfulness and decency.


Sabatti is a new brand to me, though it is far from new to firearms. They have been in the gun
business for 400 years, an unbroken line of smiths from father to son, with no interruptions. That is a pretty big deal considering most of us, me included, couldn’t tell you how exactly our ancestors arrived on the continent.

As the hours and days pass, it's becoming increasingly apparent how terribly law enforcement -- and especially the Broward County Sheriff's office -- bungled its collective handling of the Parkland massacre, from ignoring multiple red flags leading up to the horrific incident to deadly inaction during the shooting itself.  We can now add 'lying after the fact' to the list.  Facing intense questions about the department's disastrous response to explicit warning signs about the perpetrator, the Sheriff's office released an indignant statement at nearly 10 pm on Saturday night.  The media's coverage was unfair, the memo suggested, because an inaccurate statistic was being reported for public consumption:

If Deputy Didn’t Have the Heart to Go In, That’s Not My Responsibility, Says Broward County Sheriff

It's All My Fault
Honorable leaders take responsibility.

Broward County Sheriff Scott Israel told a reporter that his deputy failing to enter the school while the shooting was in progress was not his responsibility.

“I gave him a gun. I gave him a badge. I gave him the training,” Sheriff Israel told an NBC6 South Florida reporter in a video interview tweeted by Erika Glover. “If he didn’t have the heart to go in, that’s not my responsibility.”

This case is about school districts lying to their families in an effort to get more money and more political influence. It’s about local police forces being willing to ignore crime and refusing to abide by the laws that they promised they would uphold. It’s about government failures at every level and how that corruption and failure led to the death of 17 innocent people.

The sudden tsunami of gun control stories, articles, op-eds, and segments is the result of the terrible mass shooting that took place at Marjory Stoneman Douglas High School in beautiful Parkland, Florida.

Sadly, the focus on gun control has caused the media (and the people who get their news from the media) to miss the far-larger scandal revolving around Douglas High School.

First, let me be clear; I’m not talking about the scandal of four police officers being on scene when the shooting begins, but who chose to do NOTHING while waiting outside for backup. This is a scandal in and of itself, no doubt, and it should be investigated. The police force that allowed this to happen should be shamed for it. The shooting could, and should, have been far less bloody if only these officers had done what their community expects of them. 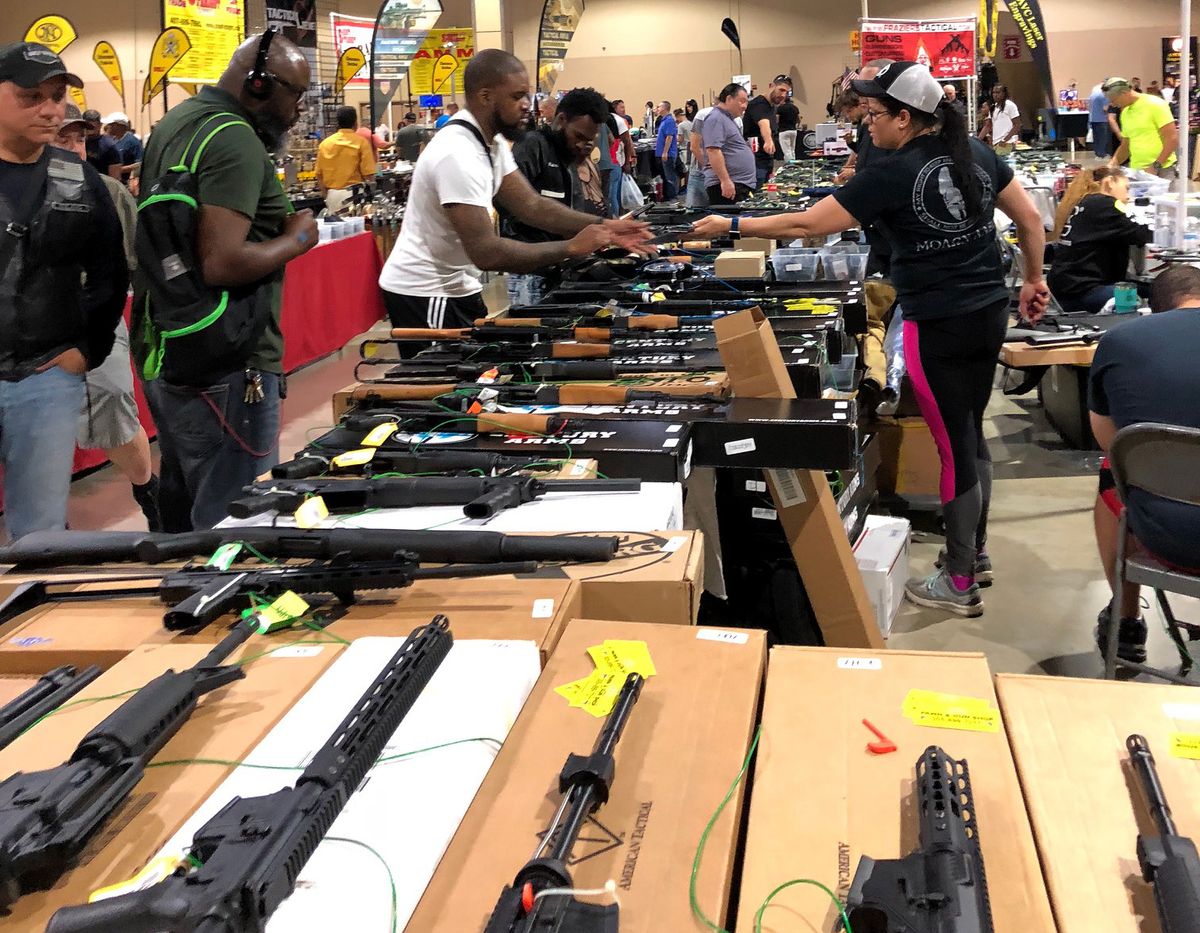 A record number of firearms enthusiasts made their way to the Florida State Fairgrounds this weekend to attend the Florida Gun Show, amid a fierce national debate over gun rights following the Valentine’s Day massacre at Stoneman Douglas high school in Parkland, Florida.

Organizer Steve Fernandez said they’ve never seen such a large crowd – however it’s possible that the cancellation of next month’s show in Fort Lauderdale may have attracted concerned citizens.

Posted by Brock Townsend at Monday, February 26, 2018 No comments: