"The Progs Are Frantically Trying To Do Damage Control After Richmond: That's how you know it was a success."


Because this year, on MLK Day, a gun-rights rally took place in Virginia. The kind featuring thousands of mostly white people, many of them carrying guns, some allegedly from right-wing hate groups, and all united in their fervent desire to carry weapons that kill.
I support the right to keep and bear arms. But the spectacle of a reported 22,000 people — many of them white and armed — converging on the Virginia Capitol was reminiscent of a gigantic lynch mob, and it was chilling that such a gathering took place on the only national holiday honoring a black man.

Next up, UNC Radio.

I don’t sling around the words “huge” or “bombshell” easily or lightly.

But the information just broken by Fox News’ Laura Ingraham is all of those things.

She details how she managed to obtain a chain of emails through a FOIA request for information from the New York Times’ Ken Vogel. If you recall, Vogel was the man who wrote the famous Politico piece that broke the story about Ukraine allegedly helping the Democrats and Hillary Clinton during the 2016 election.

Vogel had information that he was querying the State Department about in May 2019 about Ukrainian officials, the whistleblower and the White House. His email was forwarded to people at the State Department including George Kent and Elizabeth Zentos. This was shortly after Joe Biden had declared his run for the Democratic nomination. 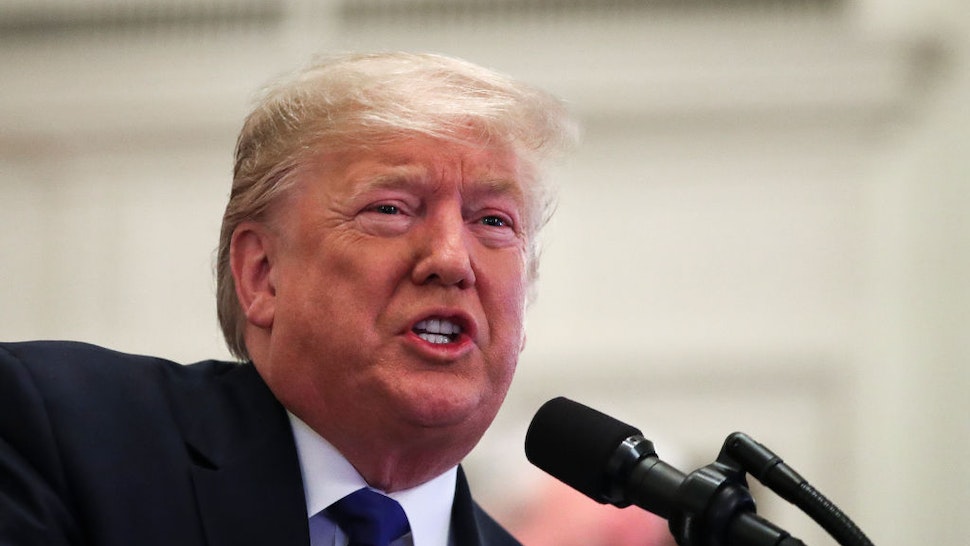 America is based on trust. That’s why President Donald Trump is winning and why Democrats are flailing — on the campaign trail and in their impeachment trial. Let me explain.

Our nation was born, in 1776, with our Founders’ promise of “our lives, our fortunes, and our sacred honor” to one another. Our Constitution was rooted in 1787, creating — in Benjamin Franklin’s famous warning — “a republic, if you can keep it.” And of course, the only way to “keep” a republic is through institutions of mutual trust and responsibility — from your local churches and Little Leagues up to federal agencies and the news media who cover it.

But Marcus told Chief Executive he’s afraid that social media has made executives fearful of speaking out. He was the first CEO of Atlanta-based Home Depot (NYSE: HD) and retired as its chairman in 2002.

Marcus said every time he hears a new multi-trillion-dollar government program proposal from a Democratic presidential candidate, he becomes more determined to fight the ideas behind it. But he said he isn’t so sure his fellow CEOs are ready to do battle against what he sees as a real threat to the U.S. economy.

It's Official: FISA Court Says Warrants Issued Against Carter Page Were Not Valid

"Thanks in large part to the work of the Office of the Inspector General, U.S. Department of Justice, the Court has received notice of material misstatements and omissions in the applications filed by the government in the above-captioned dockets. See Docket No. Misc. 19-02, Order (Dec. 17, 2019; DOJ PIG, Review of Four FISA Applications and Other Aspects of the FBI's Crossfire Hurricane Investigation (Dec. 2019)," the court released in an order. "DOJ assesses that with respect to the applications in Docket Numbers 17-375 and 170679, 'if not earlier, there was insufficient predication to establish probable cause to believe that [Carter] Page was acting as an agent of a foreign power.'"

SB 240, Barker, Substantial Risk Protection Order (Red Flag law) passed out of the Senate Judiciary committee back on January 13 had been passed by for a vote four times.  Finally a modified version was voted on and passed on a party-line vote of 21-19.  While the bill had some additional protections put in by an amendment, it is still very dangerous to our civil rights.

The bill now heads to the House, where it will go to a subcommittee later in February.

John Moses Browning: The Forgotten History and Legacy of the Father of Modern Firearms 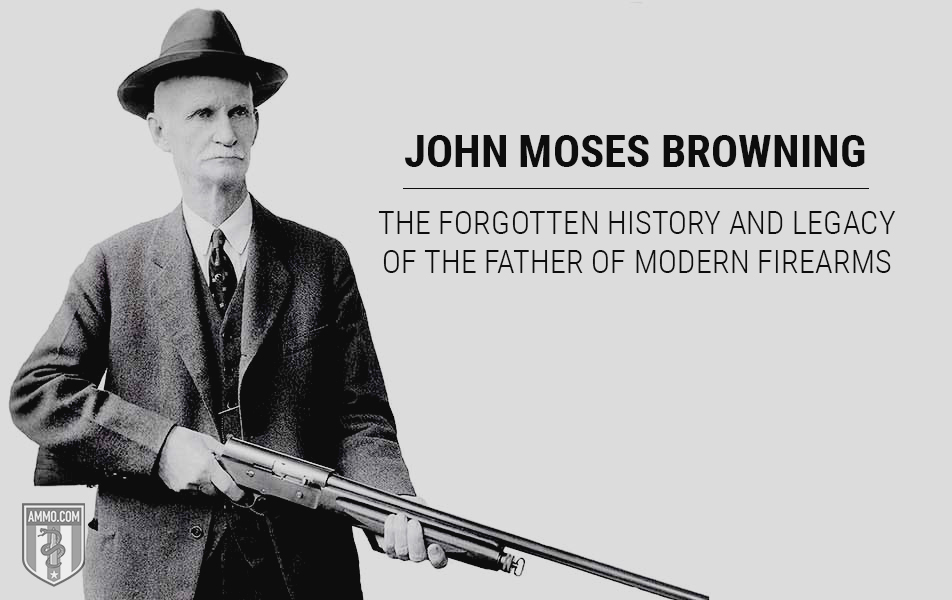 John Moses Browning is known to firearms and Second Amendment enthusiasts primarily as a gunsmith, but he was more than that: He was also an inventor, an innovator, and perhaps one of the most successful firearm designers the world has ever seen. It’s without question that he is the father of modern firearms as we know them. John Browning is arguably the man most responsible for modern firearms, including lever-action, pump-action, and auto-loading weapons.

Browning was born into a Mormon settler family in Ogden, Utah, on January 23, 1855. His parents, Jonathan Browning and Elizabeth Clark, were Mormons who settled in Utah after the Mormon Exodus of 1847. A gunsmith himself, Jonathan often had young John in the shop alongside him, where the child learned concepts of manufacturing and engineering. The elder Browning also encouraged experimentation. By the age of 11, John had created his first firearm from castaway pieces and took it hunting, providing his family with three prairie chickens for the family’s dinner. By the time he was 18, John Browning had taken over his father’s business. 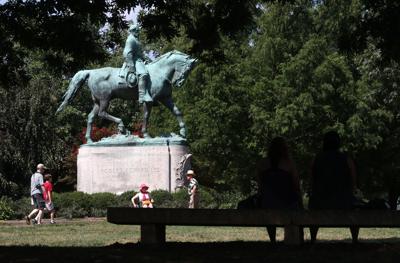 A Charlottesville Circuit Court judge wrote this week that he will award more than $300,000 in attorneys’ fees to the plaintiffs in a lawsuit over Charlottesville City Council’s 2016 and 2017 votes to remove two downtown statues of Confederate generals. Judge Richard E. Moore wrote in a Jan. 21 letter that he will expects to enter an order March 1 that will give the city 90 days to either pay $365,430.60 plus a service fee to the plaintiffs in full, or in monthly installments of $73,886.12.


More @ The Daily Progress
Posted by Brock Townsend at Thursday, January 23, 2020 No comments:

Onsite Report from the Gun Rights Rally in Richmond, VA

Now, we know those “threats” were all psy-ops by the opposition and were designed to discourage participation. It didn’t work as well as they intended, but it probably did keep some folks away.

The annual gun rights rally held on Monday did not live up to the legacy media’s hype and breathless expectations of bigotry and violence. What transpired showed Americans that there is a massive difference between gatherings of peaceful and law-abiding citizens and that of the likes of Antifa in, say, Portland, Oregon. One of the more honest reports summarizing the rally came from the local paper, the Richmond Times-Dispatch.

A much-anticipated gun-rights rally Monday attracted an estimated 22,000 people to the heart of Virginia’s capital for a passionate yet nonviolent protest of gun control legislation.


The Trump administration on Thursday formally issued a rule allowing customs officials to deny entry to travelers whom they suspect are headed to the U.S. for the sole purpose of giving birth on American soil.

A rule issued by the State Department marks the administration's first formal effort to cut down on the practice known as "birth tourism," which President Trump has heavily criticized and suggested should be a reason for ending birthright citizenship.

"This rule establishes that travel to the United States with the primary purpose of obtaining U.S. citizenship for a child by giving birth in the United States is an impermissible basis for the issuance of a B nonimmigrant visa," the statute reads.


More @ The Hill
Posted by Brock Townsend at Thursday, January 23, 2020 No comments:

Ciaramella Plotted with Future Schiff Staffer To 'Take Out the President' at 2017 NSC Brief: Report


Eric Ciaramella — the CIA analyst believed by many to be the anonymous whistleblower who launched the impeachment inquiry — and a current staff member for House Intelligence Committee Chairman Adam Schiff reportedly spoke openly of “taking out” President Donald Trump just two weeks into his administration.

RealClearInvestigations reported Wednesday that Ciaramella and Sean Misko were holdovers from the Obama administration serving on Trump’s National Security Council when the alleged incident took place at an “all-hands” meeting for hundreds of staffers called by then-National Security Advisor Michael Flynn in February 2017.

“‘They were popping off about how they were going to remove Trump from office. No joke,’ said one ex-colleague, who spoke on the condition of anonymity to discuss sensitive matters,” RealClearInvestigations reported.

Posted by Brock Townsend at Thursday, January 23, 2020 No comments: