A transcript of the closing arguments of his case reveal presiding federal judge Francis M. Allegra has severe concerns about the conduct of Bureau of Alcohol, Tobacco, Firearms and Explosives witness testimony, former agent Jay Dobyns shared Wednesday on the CleanUpATF website.

“[Director B. Todd] Jones, [Deputy Director Thomas E.] Brandon and [Assistant Director (Field Operations) Ronald] Turk need to prepare to terminate some of their buddies when the judge rules,” Dobyns noted in a forum on the website established by whistleblowers opposed to agency waste, abuse, corruption and fraud. “The judge states that not only is the perjury of government witnesses a concern to him but additionally, ATF employees may have acted criminally.

“Jones and Brandon could have done something about this,” he asserted. “They were in a perfect position to lead and be heroes to the field. They decided it was best to just not do anything. They feel leadership is covering for their inner circle.”


More @ Examiner
Posted by Brock Townsend at Friday, June 27, 2014 No comments: Links to this post


Only days after the stunning report from Sen. Ted Cruz, R-Texas, of threats and torture illegal alien children endure en route to the southern U.S. border, a member of Congress is charging that President Obama, through his statements and actions, is complicit.

Cruz’s statement came in a news conference after he, Rep. Michael C. Burgess, R-Texas, and others visited a dorm at Lackland Air Force Base in Texas that serves as a temporary home to some of the tens of thousands of children who have been delivered to the U.S. border, mostly from Central America.

“These children are told if you don’t cut off the fingers or ears of another child, you’ll be shot,” he said. “You can imagine your child going through the hell that these kids have gone through. … You can’t help but lift these kids up in prayer … [and want to] change the legal system that is encouraging that is happening here.”

IRS Commissioner: IRS spent $4.4 Billion on IT, but lacked $10 million to save emails :) 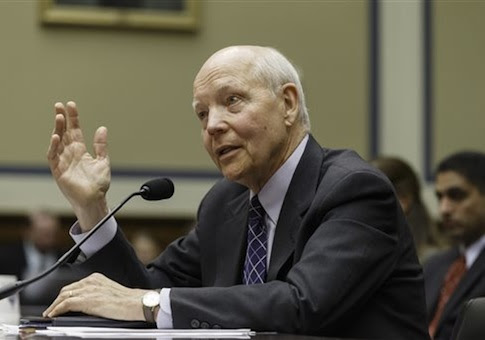 The IRS under the Obama Administration has spent over $4 billion on contracts labeled under information technology and software despite IRS Commissioner John Koskinen testifying this week that budgetary restraints prevented the agency from spending $10 million to save and store emails.

A review of IRS spending by the Free Beacon shows the agency has spent a massive amount on what it labeled as IT/software and data processing contracts in the past five fiscal years. The official government’s spending website shows the IRS spent $4.4 billion during this time period.

A total of 12,543 contracts were awarded under this product code.

A Mississippi radio station aired an ad warning voters that the Tea Party would “take away” food stamps and other welfare benefits before the run-off between incumbent Sen. Thad Cochran and his challenger, Chris McDaniel.

Calling the run-off the most important election since the re-election of President Barack Obama, the WMGO radio station ordered listeners in Madison County to vote for Cochran the day of the run off. The ad appeared to target black voters.

“By not voting, you’re saying, ‘Take away all of my government programs, such as food stamps, early breakfast and lunch programs, millions of dollars to our black universities,” the ad said, voiced by an African American woman.

Boy Scouts to March in NY Sodom and Gomorrah Parade


This coming Sunday, New York City will hold its 44th Annual NYC Pride March down Manhattan’s 5th Avenue. They are expecting around 14,000 people to march in the gay pride event.

For the first time in history, a number of Boy Scouts from the New York area will be marching the parade that I refer to as the Sodom and Gomorrah Parade. According to the notice posted on GLAAD’s website (Gay & Lesbian Alliance Against Defamation):

The Chris McDaniel campaign identified multiple Mississippi counties in which enough improper ballots were cast that a legal challenge to the outcome of the election is warranted.

The McDaniel campaign has already found 1,000 examples in one county of Democrats who voted in the June 3rd primary as Democrats and then crossed over into the Republican primary this week.

This is illegal and their votes should not be counted.


More @ The Gateway Pundit
Posted by Brock Townsend at Friday, June 27, 2014 8 comments: Links to this post 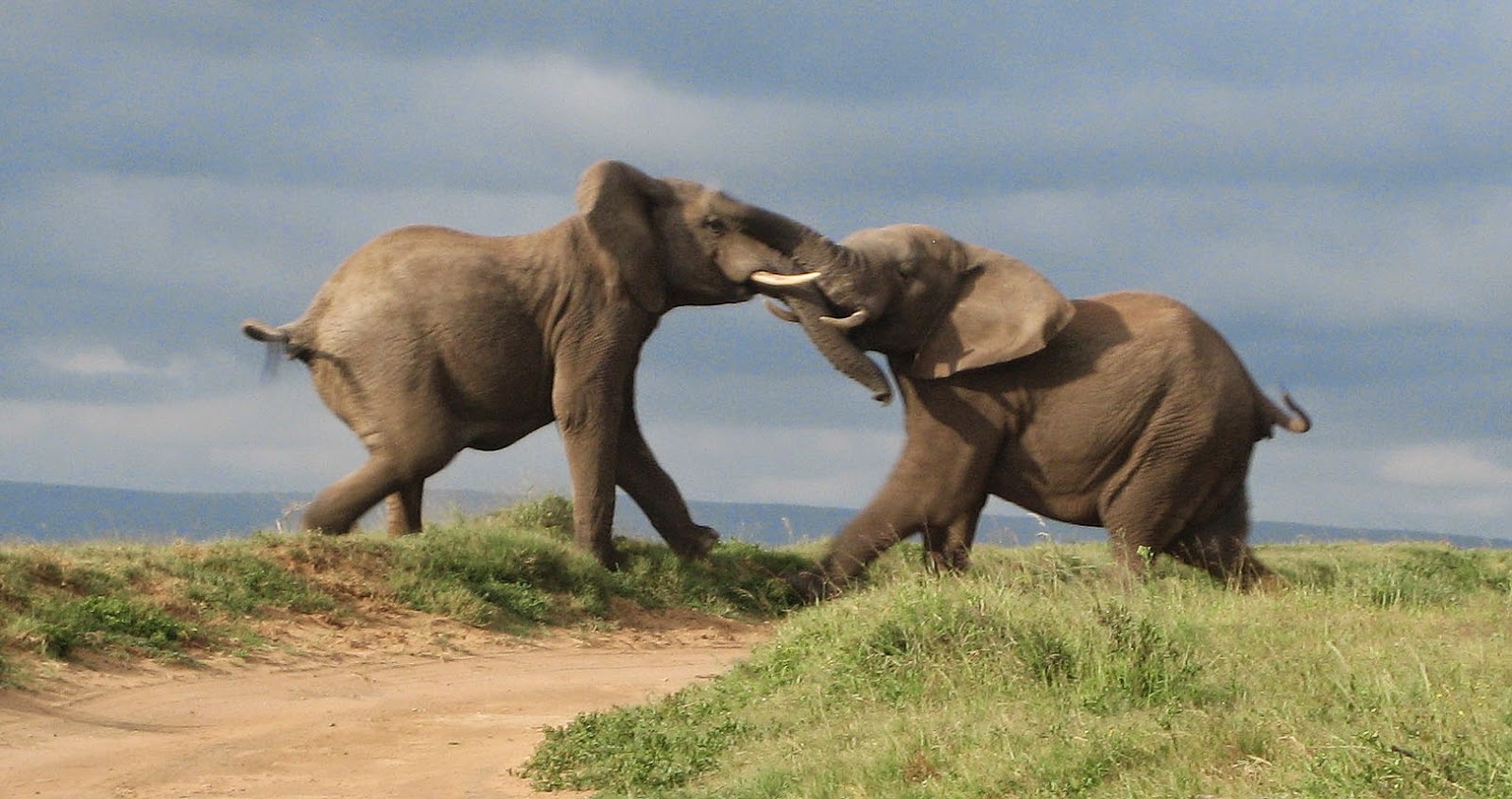 Thank you for voting!

McDaniel Has A Legal Path To Victory, Says Consultant

Sen. Thad Cochran’s second-round primary victory may be nullified if Chris McDaniel’s team can show the margin of victory was less than the number of people who wrongly voted in both Democratic and GOP primaries.

“It’s tedious, but it is a simple task [to check and] Mississippi state law is very clear on this,” said Bill Pascoe, a political consultant for Independent Women’s Voice, which backed McDaniel.

Last July, the mayoral election for the state’s fourth largest city, Hattiesburg, was nullified after the losing candidate showed that the 37-vote margin of victory was smaller than the pool of suspect absentee ballots.


More @ The Daily Caller
Posted by Brock Townsend at Friday, June 27, 2014 4 comments: Links to this post

Posted by Brock Townsend at Friday, June 27, 2014 No comments: Links to this post

In what I think was my first four hours on the job, I responded to a rape, attempted murder by stabbing, and a guy about my age with his face slashed to the cheek bone then through to his tongue. All three unarmed.


New York City in the early 1990s has been described as many things, few of them complimentary.

The administration of Mayor David Dinkins was plagued with political and police corruption scandals, and some of the highest crime rates in the history of the city. Murders and violent crimes were up, tourism was down. The Mollen Commission hearings saw confidence in the New York Police Department drop dramatically. As a result, crime soared.

On the southeast corner of 181st Street and Ryer Ave in The Bronx stands the 46th Precinct, The Alamo, a place Time Magazine once called, “The Most Dangerous Square Mile In America.” So dangerous a place, that in the late 1980s that the Red Cross refused to send volunteers to help the needy.

And that was where I worked. The “four six” as we called it, was an “A House.” The busiest of the busy. The worst of the worst.


More @ The Blaze
Posted by Brock Townsend at Friday, June 27, 2014 No comments: Links to this post 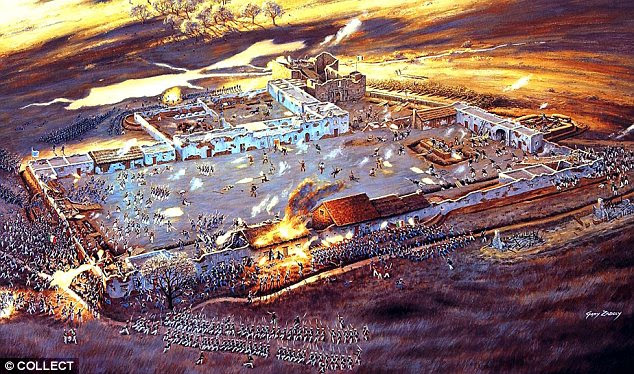 In 2012, Collins wrote book, The Alamo and Beyond: A Collector's Journey

Collins says: 'Some people buy Ferraris, others buy houses, I bought old bits of metal and old bits of paper'

More @ Daily Mail
Posted by Brock Townsend at Friday, June 27, 2014 No comments: Links to this post

Embattled Shiite Iraqi Prime Minister Nouri al-Maliki disclosed in a BBC interview he is buying second-hand jet fighters from Russia to battle Sunni militant fighters, since his delivery of F-16s from the United States still hasn’t arrived after a protracted wait.

The Iraqis, however, lack the knowledge and experience to fly Russian fighter jets, which means Russian pilots could be used to hit concentrations of fighters of the Islamic State of Iraq and Syria, or ISIS, who continue to take more territory in Sunni-held portions of Iraq.

In addition to solving Iraq’s lack of pilots, Russians will also need to be on hand in Iraq to provide essential support services to maintain the aircraft.

McDaniel laid out his Republican credentials and questioned why some within his state’s Republican Party had gone to such lengths to for Cochran.

Posted by Brock Townsend at Friday, June 27, 2014 No comments: Links to this post

Pissed Off Man Confronts Police After They Shot His Dog [VIDEO]

A man whose dog was recently shot and killed by Salt Lake City police has posted a video of an exchange he had with officers minutes after the shooting.

Sean Kendall’s 3-year-old Weimaraner, named Geist, was shot in the head last week after officers entered the homeowner’s yard while searching for a missing child.

The video, posted to Kendall’s Facebook page on Wednesday, begins 15 minutes after the shooting, right after Kendall received a call from animal control informing him of the incident.

“Which officer shot my dog? Please,” Kendall asked several officers standing in his front yard when he arrived at the scene.