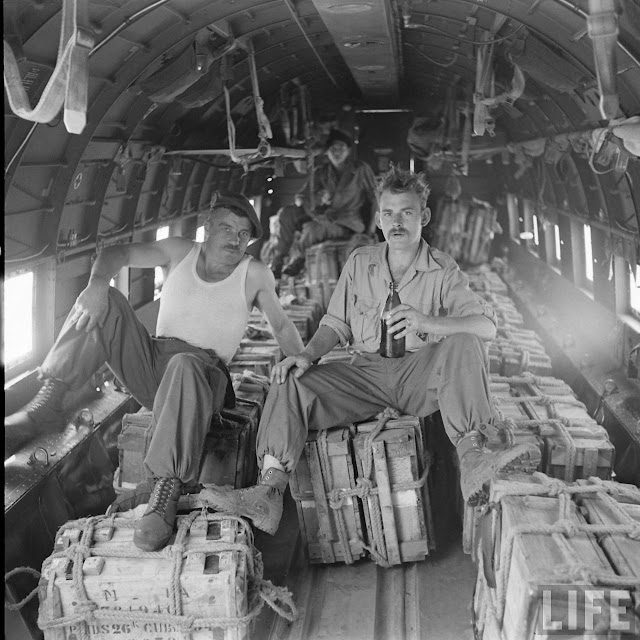 Richard Grenell to Adam Schiff: Either Release Hidden Transcripts or I Will Do It for You


Acting Director of National Intelligence Richard Grenell has sent a letter to chairman Adam Schiff notifying him that transcripts of all 53 interviews, over 6,000 pages in all, have been cleared for public release. “All of the transcripts, with our required redactions, can be released to the public without any concerns of disclosing classified material,” Grenell wrote to Schiff in a letter dated May 4.

In the letter, Grenell revealed that the 43 transcripts have been finished since June 2019. Schiff has been sitting on them all that time. Grenell said the final ten have just been finished as well. “I urge you to honor your previous public statements, and your committee’s unanimous vote on this matter, to release all 53 cleared transcripts to Members of Congress and the American public as soon as possible,” Grenell said. Just in case Schiff is still not interested, Grenell added, “I am also willing to release the transcripts directly from the Office of the Director of National Intelligence, as to ensure we comply with the unanimous and bipartisan vote to release the transcripts.”


More @ Political Bullpen
Posted by Brock Townsend at Wednesday, May 06, 2020 No comments:

Why No Confederate Supreme Court? 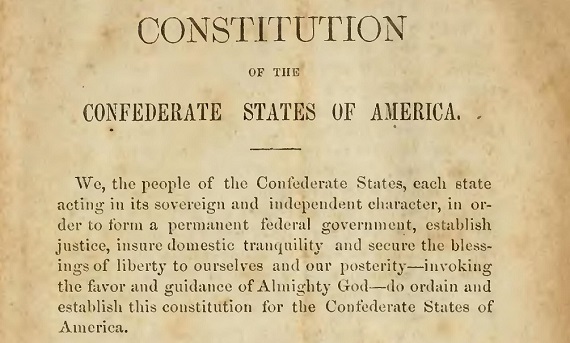 The Confederacy never organized a Supreme Court because her founders generally interpreted the U. S. Constitution strictly. Over the years they had seen that the U. S. Supreme Court tended to make rulings, and assume jurisdictions, that strengthened and enlarged the Federal Government. As a component of that Government they realized that the Court had a natural tendency to increase its authority. Along with some of the best informed founders of the 1789 Federal Union, however, they believed that the Supreme Court was only intended to be the final authority on matters pertaining to the powers specifically enumerated in the U. S. Constitution. None of the three Federal branches—President, Congress and Judiciary—were intended to have final authority over the rights reserved for the states.


More @ The Abbeville Institute
Posted by Brock Townsend at Wednesday, May 06, 2020 No comments: 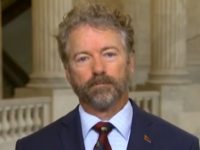 Instead of another stimulus package, Paul told Ed Henry of Fox News Channel’s “America’s Newsroom” that the only way to recover the U.S. economy “is opening the economy” and allowing people to get back to work or else there will “continue to be economic calamity. 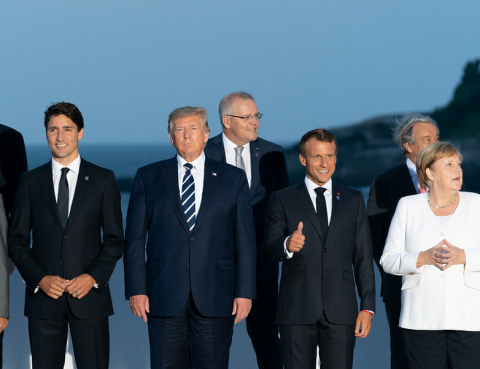 An economic cataclysm has been unleashed upon the world by Western politicians and bureaucrats. Unbelievably, economic activity in the West has slowed to a creep, as entire populations have been confined to their homes for weeks, if not months. As a result, millions have had their lives turned upside down. Most entrepreneurs and self-employed persons have had their livelihoods jeopardized.

The EU economy may shrink by 5 percent according to the European Central Bank (ECB), and similar figures have been forecast for the US. The economic devastation wrecked upon Western economies by governments will have consequences for many years to come. It will inevitably lower European and US citizens' quality of life for a long time, impacting their health as well. During the Soviet era, it was their style to practice 'Maskirovka', which is to say 'Deception'.  They built dummy towns and factories,  changed the names and hull numbers of their warships, and used 'cover' names for all sorts of operations and equipment.

We now see that this Corona virus thing is less crisis and more circus.  Why would 'they' run this 'Malinowski' operation on another flu outbreak?  A flu outbreak much less serious than those preceding it, WHEN NOTHING WAS SHUT DOWN, AND NO STUPID 'ORDERS' WERE ISSUED.  We know now that there was no 'pandemic' and the majority of deaths were bound to happen eventually, with or without this brand of flu.  Many other deaths were due to simple medical stupidity. The whole thing was and is, a fraud.

Control.  As Waco was a test, so CV19 is a Drill, a proof exercise that verified the theorizing and gaming that was done years ago.  'Orden ab Chao' - Order out of Chaos.  Create a Panic, bring the solution.  Hegel in practice.  Kissinger's MO.
The US is just entering a depression.  The economy is failing, and this BS pandemic is the cover for that collapse and creates the aura of a competent authority working in the peoples' interests.  Another fraud.  And as the US goes, so goes the West.

Now we are faced with a deliberate food shortage.  Intentional.  Under the cover of a phony 'pandemic' and unnecessary Lockdown.  Food is a weapon - Henry Kissinger.  He who controls food, will control the world.  Hungry people are very amenable.

March and April saw the people buying more guns than ever before in American history.  Native intuition?  They probably didn't KNOW why; they did know they would need them.  Peasants' common sense?  A gun, without training is useless prop. But people have been killed with hammers, beer bottles, and high heel shoes, so a gun can still put your lights out, even if fired by an utterly untrained millennial moron.  And they are out there. Once the artificial famine takes hold, most people will gladly turn in guns for food, and turn in YOU as well.

Have gun, will shelter in place.

With Americans hunkered down in their homes for a second straight month, gun sales have soared. Sales in April rose 71.3% from the previous year, with the purchase of more than 1.7 million firearms.

An estimated 1,797,910 guns were sold in April 2020, but sales in March, when most states locked down Americans, 2,583,238 firearms were sold. That was 85.3 percent more than the previous year, according to data released late Monday by Small Arms Analytics and Forecasting.

Gun checks are also soaring. The week of April 13-19 was in the 10 highest weeks since the tracking system was set up in November 1998. During that week in April, the FBI conducted 766,739 checks.


More @ The Gateway Pundit
Posted by Brock Townsend at Wednesday, May 06, 2020 No comments:

Via Iver "Even in Boston.  Even among our youth. This young lady, Summer,  is a friend of mine from our church.  She's and her 5 sisters have been raised right. Her YouTube channel is just getting off the ground."


The Ector County Sheriff’s office sent out an armed SWAT team in military vehicles to counter a peaceful protest at Daddy Zane’s Bar in West Odessa on Monday.

The bar reopened on Tuesday saying “all businesses are essential!”


More @ The Gateway Pundit
Posted by Brock Townsend at Wednesday, May 06, 2020 8 comments: 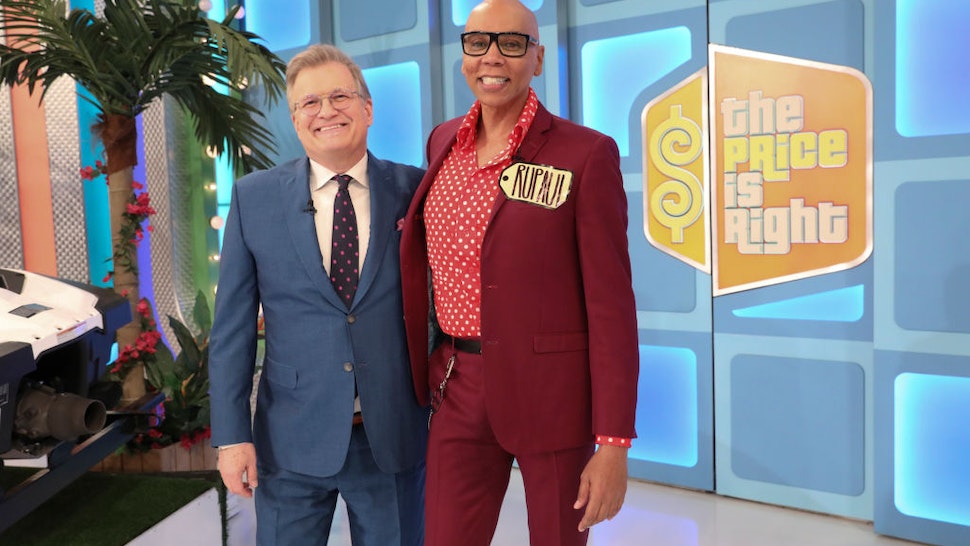 Next week, a prime-time special version of the iconic game show “The Price Is Right” will air featuring drag queen RuPaul playing to raise money for Planned Parenthood.

The show will air on May 11 with host Drew Carey.  Broadway World reported, “Since 2009, RuPaul has executive produced and hosted the reality competition series ‘RuPaul’s Drag Race,’ which airs on VH1, for which he received six Primetime Emmy Awards in 2016, 2017, 2018 and 2019. RuPaul is the most commercially successful drag queen of all time, and in 2017 he was included in the annual Time 100 list of the most influential people in the world.”


More @ The Daily Wire
Posted by Brock Townsend at Wednesday, May 06, 2020 No comments:

Grassley was waiting for DOJ documents on possible links between the Trump campaign and Russia which he claimed were given to House committees for their investigations.

Senator Grassley praised AG William Barr and acting DNI Richard Grenell in a statement released on Monday adding that he did not question Evanina’s credentials.

President Trump has nominated William Evanina for the post twice but Sen. Grassley had placed a hold on the nomination.


More @ The Gateway Pundit
Posted by Brock Townsend at Wednesday, May 06, 2020 No comments: