Bonnie, My Third Daughter and Family As I write, the presidential election is still not resolved, with dramatic events potentially unfolding in the first days of the New Year. I’m not convinced that Mr. Trump is in as weak a position as the news media has made him out to be in these post-election months of political fog and noise. The January 6 meet-up of the Senate and House to confirm the electoral college votes may yet propel matters into a constitutional Lost World of political monsterdom. The tension is building. This week’s public demonstration by one Jovan Hutton Pulitzer of the easy real-time hackability of Dominion Voting Systems sure threw the Georgia lawmakers for a loop, and that demo may send reverberations into next Wednesday’s DC showdown.

There may be some other eleventh-hour surprises coming from the Trump side of the playing field. As I averred Monday, we still haven’t heard anything from DNI Ratcliffe, and you can be sure he’s sitting on something, perhaps something explosive, say, evidence of CIA meddling in the election. There have been ominous hints of something screwy in Langley for weeks. The Defense Dept., under Secretary Miller, took over all the CIA’s field operational functions before Christmas — “No more black ops for you!” That was a big deal. There were rumors of CIA Director Gina Haspel being in some manner detained, deposed and…talking of dark deeds. She was, after all, the CIA’s London station-chief during the time that some of the worst RussiaGate shenanigans took place there involving the international men-of-mystery, Stefan Halper, Josepf Mifsud, and Christopher Steele. Mr. Ratcliffe seemed to be fighting with the CIA in the weeks following the election over their slow-walking documents he had demanded. Lin Wood
@LLinWood
Wow! Mike Pence @VP @Mike_Pence announces on New Year’s Eve that he no longer plans to pursue career in politics! Guess all those who said he is an egomaniac wolf in sheep’s clothing focused on a run in 2024 were wrong. Good call, Mike. You are not fit to be President anyway.

Vice President Mike Pence just asked a federal judge to toss Rep. Louie Gohmert’s lawsuit that attempted to increase Pence’s powers that would effectively allow him to overturn the election in Trump’s favor.

Pence who has been relatively quiet about the election fraud that occurred in this year’s election just let his actions do the talking. 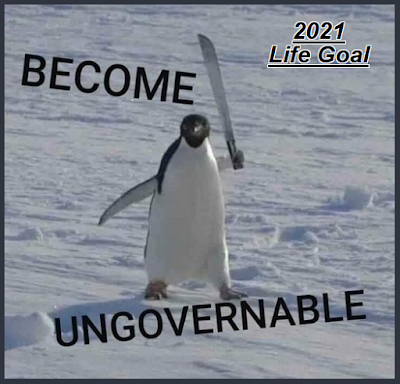 Pulitzer told Monica Matthews today that as soon as he was tasked with auditing the Fulton County ballots, trucks pulled up to the facility and the ballots were being loaded into the trucks and were being shredded.

Jovan Pulitzer — “I’d like your permission of you and your fine audience that as I answer you that I have your permission to piss you off… The very minute that order went through and that order was followed, and all the legal notices were done, it didn’t even take four hours later where moving trucks with this stuff was backed up to those buildings trying to get rid of the evidence.”

Full Statement by Donald J Trump, The President of the United States

Posted by Brock Townsend at Friday, January 01, 2021 No comments: