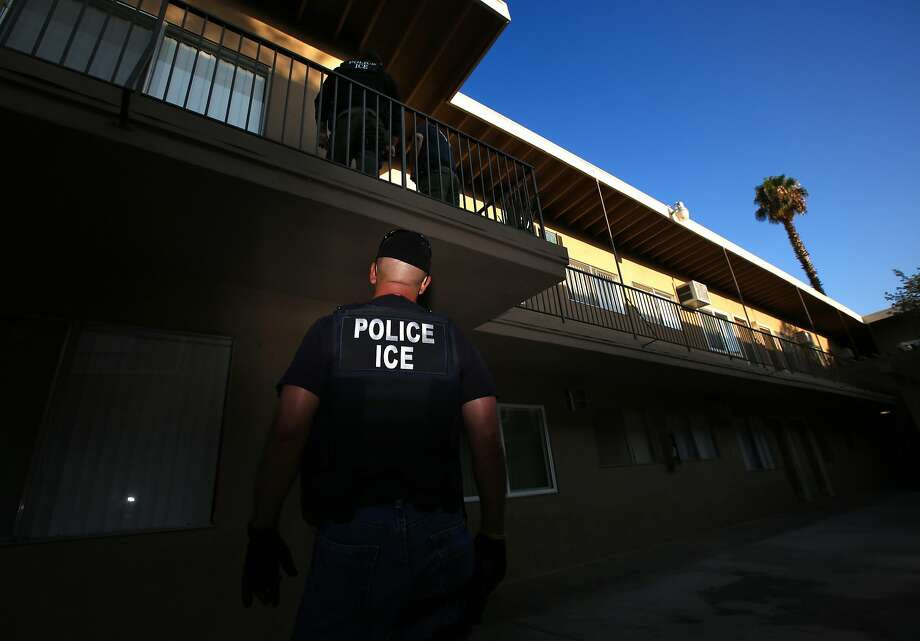 U.S. immigration officials have begun preparing for a major sweep in San Francisco and other Northern California cities in which federal officers would look to arrest more than 1,500 undocumented people while sending a message that immigration policy will be enforced in the sanctuary state, according to a source familiar with the operation.

Officials at Immigration and Customs Enforcement, known as ICE, declined to comment Tuesday on plans for the operation.

The campaign, centered in the Bay Area, could happen within weeks, and is expected to become the biggest enforcement action of its kind under President Trump, said the source, who requested anonymity because the plans have not been made public.

Sessions: 'We should be like Canada' in how we take in immigrants Attorney General Jeff Sessions on Tuesday called for stricter immigration laws and increased vetting of individuals entering the U.S. amid a heated debate between Congress and the White House over immigration reform.

“What the American people want, have a right to, and what’s good for America is a lawful system of immigration. And when we admit people to our country, we should be like Canada,” Sessions said on Fox News’ “Tucker Carlson Tonight.”

“We should evaluate them and make sure they are going to be lawful, they are not threats to us, they have the education and skills level to prosper in America. That’s good for them and good for America,” Sessions added.

There are many powerful forces operating today across the nation to divide the American people and silence opposing views. One of the most active of these efforts is the Southern Poverty Law Center (SPLC).

There are two very serious reasons why the SPLC is in many ways more dangerous than other organizations that are fueling the flames of the far left radicals who use violence and lies to stop honest political debate.

First, the SPLC has contracts with the federal government, specifically the Department of Justice (DOJ) and the Department of Homeland Security (DHS), serving as advisors to help define what a domestic terrorist or hate group is, even helping to write official policy for this agency of our government. Here are just a few examples: 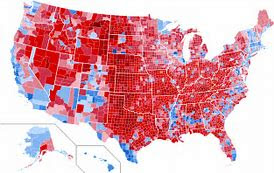 Ideas are dangerous things. They frighten the people in power, who must always guard against rebellion. Those in power will defend that power with all necessary force, which leads them inexorably into the territory of tyranny, however softly applied, there is the understanding that the severity of their defense will increase as these ideas that threaten their power become more prevalent.

If this sounds cryptic, it should not. Here is an idea that they are not going to like. The two people of this nation divided along ideological lines of liberty and communism can never again be reconciled.

The divisions are marked by a map of the counties that voted for Trump and those who voted for Clinton.

My Father Was Arrested and Tortured Under a Stalinist Regime. Flake Has NO Moral Compass

Trump’s Support Among Blacks Doubled in Only 1 Year, Obama’s Dropped 2% in 1st Term

If you listen to the mainstream media, there’s one truth about President Trump that anyone can take to bank: He is the most racist person in the racist history of the super-racist Republican Party.

The latest example of this alleged bigotry is the purported “s***hole countries” comment. Given how much space we’ve already dedicated to that particular tempest in a Washington teapot, the less said about it here the better.

The point is, however, that anything that could possibly be used to paint Trump as an unregenerate bigot gets days, if not weeks, of play in every possible outlet.

With all of that in mind, you would figure that Trump’s poll numbers with black voters are tanking pretty hardcore. A funny thing happened on the way to narrative-fulfillment, though — it seems his support among African-Americans has actually doubled in his first year in office.

President Trump “said things which were hate-filled, vile and racist. … I cannot believe … any president has ever spoken the words that I … heard our president speak yesterday.”

So wailed Sen. Dick Durbin after departing the White House.

And what caused the minority leader to almost faint dead away?

Trump called Haiti a “s—-hole country,” said Durbin, and then asked why we don’t have more immigrants from neat places “like Norway.”

With that, there erupted one of the great media firestorms of the Trump era. On Martin Luther King Day, it was still blazing.

Countries afflicted by poverty are not necessarily shitholes, and usually are not. If I inadvertently left my granddaughter of two years in a remote Vietnamese fishing village, I would be little concerned. Rather I would expect to find her a week later become the queen of the village and well cared for. The Vietnamese would not eat her.

Pop Quiz: Take out a sheet of paper. This will be fifty percent of your grade: Which of the above is the Norwegian? Which from Mr. Trump’s other category? With which would you rather have your children go to school?

Mr. Trump’s comment regarding his preference for immigrants from Norway instead of “shithole countries”  such as Haiti engendered among the commentariat a great squealing. I cannot fathom this.
Are they geographic virgins, and just don’t know anything of the world? Is it  only the usual schadenfreudian gotcha pile-on?  The if-A-then-B response to stimulus of a press corps with the freedom of thought I associate with a FORTRAN statement?

Shithole countries exist. Mr. Trummp’s  Haiti is one of them. Some other expression of more acceptable weaselhood might be employed: “hygienically-impaired conceivably preliterate ” or something.

More @ Fred On Everything
Posted by Brock Townsend at Tuesday, January 16, 2018 2 comments:

Posted by Brock Townsend at Tuesday, January 16, 2018 No comments:

Acosta has made a habit of grandstanding and interrupting when Trump and his surrogates are available to the media. Tuesday was no exception, as Acosta yelled, “Mr. President,” three times before finally getting Trump’s attention.

More with video@ Fox
Posted by Brock Townsend at Tuesday, January 16, 2018 No comments: 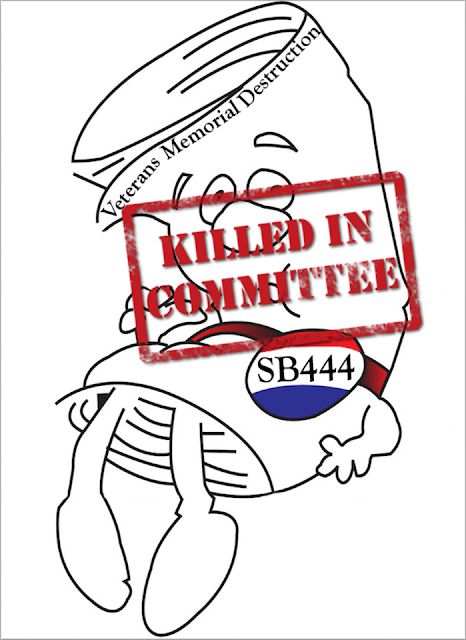 SENATE BILL 444 to gut Veterans’ Memorial Protection Law KILLED in Committee!  One down…a few more to go.  This was just the first of four bills (so far) that we will be working to defeat and the first to get a committee assignment.  THANK YOU to all of you who made phone calls and sent emails.  YOUR communication made a HUGE difference.  Stay tuned for more information as we have it available.  In the meantime, call and write your State Senator and State Delegate and urge them to vote against ANY legislation that removes protection of Veterans’ memorials, and to support any and all legislation that strengthens current protection.  Use this link to find your representatives:  http://myreps.datamade.us/#/?results_level=local,county,state,federal

Please take a moment to THANK Committee Bill Stanley and all those who voted to KILL the bill today: HERE
Posted by Brock Townsend at Tuesday, January 16, 2018 No comments:

Via L Via John Binder 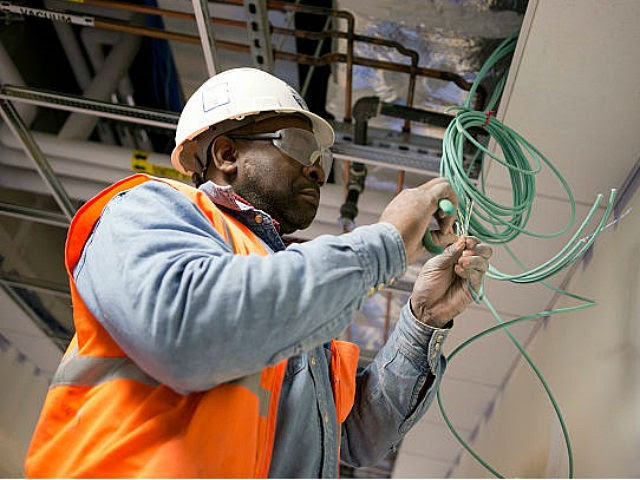 For decades, researchers and immigration experts alike have warned lawmakers and administrations of the negative impact immigration, both legal and illegal, has on the African-American community.

Two studies from 2008 reviewed in great detail and length just how much black Americans have been kept down economically by a U.S. immigration system that admits more than 1.5 million legal and illegal immigrants a year, with no end in sight.

Cornell University’s Vernon Briggs Jr. wrote in his testimony before the U.S. Commission on Civil Rights of how, in 2004, mass immigration to the U.S. had led to black Americans being replaced as the largest minority group in the country, being overtaken by Hispanic-Americans.

Posted by Brock Townsend at Tuesday, January 16, 2018 No comments: