A top White House aide was escorted off a CNN set Sunday when he refused to leave after a heated interview with host Jake Tapper.

White House policy adviser Stephen Miller was asked "politely" to leave the “State of the Union” set several times but ignored the requests, a CNN official told the Washington Examiner. Security then escorted him out.


More @ Washington Examiner
Posted by Brock Townsend at Sunday, January 07, 2018 No comments: Links to this post 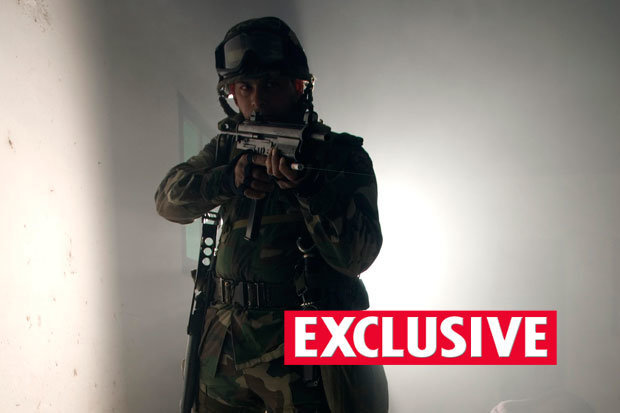 After running out of ammunition, he used the spade as a weapon when the fighter charged at British soldiers.

The sergeant – a veteran of dozens of battles – cut-off the ISIS thug’s head with one blow.

And after killing him, the Brit then used the gunman’s own weapon to kill more militants.

Sources say the brutal battle took place six weeks ago during a patrol in eastern Afghanistan.

It followed a meeting between the SAS and former members of the Taliban fighting on the side of the Afghan government.

When the special forces unit was ambushed by ISIS gunmen the Brits were forced to fight off wave after wave of attacks after taking refuge in a farm.

Each onslaught was met with machine gun fire but the SAS soon began to run low on bullets.

Scott Adams on the unintended consequence of Fire & Fury

Scott Adams‏Verified account @ScottAdamsSays
The unintended consequence of the Fire & Fury book is that it is making people inside the Trump Hysteria Bubble wonder if they look like Michael Wolff to those outside it. (Answer: yes) #potusvsg
Posted by Brock Townsend at Sunday, January 07, 2018 No comments: Links to this post


Referring to his prewar employment and residence in Louisiana, the Macon [Georgia] Telegraph called the destructive Sherman “Judas Iscariot, a betrayer, a creature of depravity, a demon of a thousand fiends.” As for Sherman’s misunderstanding of treason, it is clearly defined in Article III, Section 3 of the United States Constitution as “levying War against them [the united States], or in adhering to their Enemies, giving them Aid and Comfort.” Sherman, by order of his commander, Lincoln, waged war against the united States.
Bernhard Thuersam, www.Circa1865.com   The Great American Political Divide

“Officially, Sherman’s orders to his officers were against capricious violence and destruction on his army’s sweep through South Carolina. But the true desires of their leader filtered back to Sherman’s men as they slogged through the swamps under the dripping moss of the live oaks in South Carolina Low Country. Sherman issued few, if any, restraining orders to the troops.

South Carolina is where treason began, and there, Sherman swore, was where it would end. And so, to Sherman’s implied commands, the troops responded with a greater vengeance than they had in Georgia.

Villages in Sherman’s path through the Low Country were virtually obliterated: Hardeeville, Purysburg, Robertville, Lawtonville, Allendale. At least one brigade – often two or more a day – marched through, pillaging and flattening the towns and the lands between mid-January and early February 1865.

The forces commanded by Lieutenant-Colonel Edward S. Solomon of the 82nd Illinois Infantry of Operations seem to have been particularly effective in razing the hometowns of the Willingham and Lawton families.

In a postscript to a report that Colonel H. Case of the 129th Illinois Volunteer Infantry, First Brigade, Third Division, Twentieth Corps, had made . . . reported that a forage party near Camden “has captured at last a portion of the assets of the Bank of South Carolina and the Bank of Camden and also a quantity of jewelry and silver plate” and that “the safes were delivered to the Provost Marshal of the Twentieth Corps.”

Shortly after Lee’s surrender, a correspondent of the New York Times wrote, “I hazard nothing in saying that three-fifths [in value] of the personal property we passed through were taken by Sherman’s Army.” 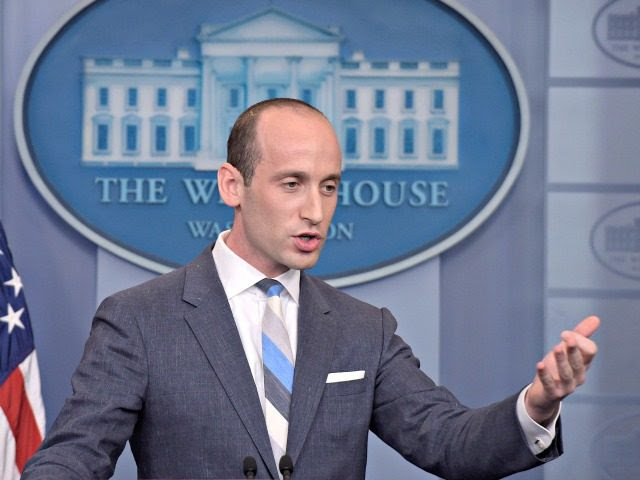 “I see sections of the book where events I participated in are described and I have firsthand knowledge as they're described they're completely and utterly fraudulent.”

CNN host Jake Tapper pressed Miller on comments of Bannon featured in the book, including that Donald Trump Jr.’s meeting in June 2016 with a Russian lawyer was “treasonous” and “unpatriotic.”

“Steve Bannon's eloquence in that derision notwithstanding, it's tragic and unfortunate that Steve would make these grotesque comments so out of touch with reality and obviously so vindictive and the whole White House staff is deeply disappointed in his comments, which were grotesque,” Miller told Tapper.

As much as everyone wants to talk about stability, was he unstable when he passed tax reform?

Was he unstable when we finally hit back at Syria and said no more chemical weapons?” she said.

“Was he unstable when we finally put North Korea on notice?

Was he unstable when she said we need to look at Iran because this is becoming a dangerous situation?

Was he unstable with the jobs or the economy or the stock market?

We need to be realistic with the fact that, every person — regardless of race, religion, or party — who loves the country, should support this president. It’s that important.”


“They don't know what is going to do at any given time. It's not a bad thing. It's really not.”
Posted by Brock Townsend at Sunday, January 07, 2018 No comments: Links to this post

For U.S. corporations seeking to grow through acquisitions, there’s no time like the present to make a deal.

A tax break signed into law by President Trump last month, which lets firms bring overseas earnings back to the U.S. without a penalty once they pay a one-time levy and reduces the top tax rate to 21 percent from 35 percent, is giving corporate America enough cash to fuel an increase in takeovers after two straight years of declines, according to Wall Street economists and analysts.

“One of the major impacts there will be from tax reform is a pickup in mergers and acquisitions,” Erin Browne, head of asset allocation and investment solutions at Swiss bank UBS, told the Washington Examiner.

“A lot of dealmakers will now start to repatriate some cash from abroad,” building reserves that can then be spent on buying companies, pushing U.S. dealmaking up from a comparatively mediocre $1.3 trillion last year, said Elizabeth Lim, a senior research analyst with Mergermarket, which tracks global acquisitions.


More @ Washington Examiner
Posted by Brock Townsend at Sunday, January 07, 2018 No comments: Links to this post

Former White House chief strategist Stephen Bannon in a new statement praised Donald Trump Jr. as a "patriot" and a "good man" and expressed "regret" for his delayed response to quoted criticism in a book released last week.

"He has been relentless in his advocacy for his father and the agenda that has helped turn our country around," Bannon said in a statement provided to Axios, referring to Trump Jr.

Bannon added that his support for President Trump and his agenda is "unwavering."


More @ The Hill
Posted by Brock Townsend at Sunday, January 07, 2018 No comments: Links to this post 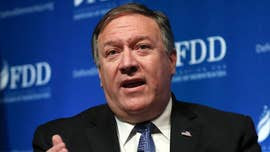 In a tell-all book published Friday, Fire and Fury: Inside the Trump White House, author Michael Wolff wrote that “100 percent” of people close to Trump with whom he spoke thought Trump was “incapable of functioning in his job.”

A report earlier in the week revealed Democratic lawmakers also met with a psychiatrist to question Trump’s mental health.

“Just pure fantasy … The president is engaged, he understands the complexity, he asks really difficult questions of our team at the CIA so we can provide any information that he needs to make good, informed policy decisions.”

Pompeo said the only people who are questioning Trump’s fitness to be president are those that have not accepted that he is the leader of the country.

“Completely fit,” he said. “It’s just a ludicrous question. These are from people who just have not yet accepted the fact that President Trump is the United States’ president. I’m sorry for them."
Posted by Brock Townsend at Sunday, January 07, 2018 No comments: Links to this post

Dershowitz: Psychiatrists Trying to Declare Trump Is Unstable Is What They Did in Soviet Russia