In addition to the Seminole tribe, the Cherokee, Chickasaw and Creeks all held slaves prior to the arrival of Europeans, acquiring African slaves from the latter. The tribes were often brutal toward their slaves, established their own “black codes” and lived in segregated villages.

Though African slaves were emancipated in the postwar South, the sovereign status of the tribes exempted them from US legislation. A treaty of 1866 freed the black slaves of Indians.

The transcript of an interview with a whistleblower put out by attorney Lin Wood on Populist Press reveals bombshell accusations of massive corruption, child sex trafficking, and a cabal that completely redefines the concept of The Swamp. Lt. Gen. Tom McInerney joined Two Mikes to explain why every American must read this blockbuster release. 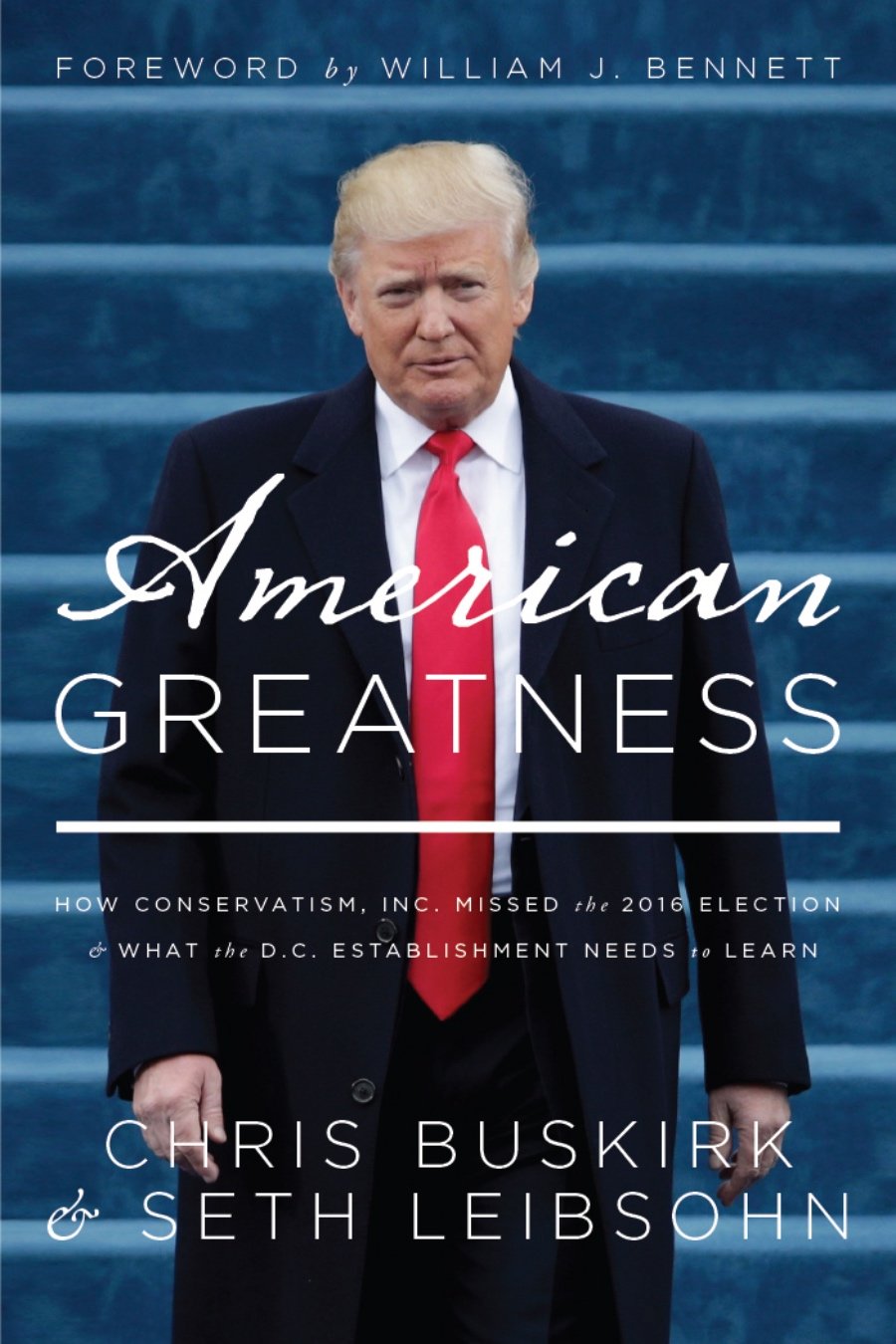 Bill Bryson is hands-down my favorite author. If you need a break from the daily cycle of....scratch that...the relentless onslaught of emotional outrage designed to prevent you from thinking, I can't think of anyone better to read.

“Made In America” was published in 1995 and the main theme is how American English got the way it is – he interleaves history, personal commentary, and, unless you are a complete drip, he offers more than a few full-throated laughs. So how great was America, and what is it that we were trying to restore in terms of getting back to a productive, versus consumptive economy?

He offers these two examples:

“Between 1850 and 1900, America coal production rose from 14 million tons to over 100 million, steel output went from barely a million tons to over 25 million; paper production increased ninefold, pig iron production sevenfold, cottonseed oil by a factor of fourteen, copper wire by a factor of almost twenty. In 1850, America's 23 million people had a cumulative wealth of $7.1 billion. Fifty years later, the population had tripled to 76 million, but the wealth had increased thirteenfold to $94.3 billion. In 1894, the United States displaced Britain as the world's leading manufacturer. By 1914, it was the world's leading producer of coal, natural gas, oil, copper, iron ore, and silver, and its factories were producing more goods than those of Britain, Germany, and France together. Within thirty years of Garfield's death, one-fourth of all the world's wealth was in American hands. For the average American, progress was not, in the words of Henry Steel Commager, “a philosophical idea but a commonplace of experience...Nothing in all history had ever succeeded like America, and every American knew it.”

Trump Orders Republicans to Stop Fundraising With His Name

Donald Trump has reportedly issued cease and desist letters to several Republican groups and politicians who have used his name in fundraising materials without his permission.

As part of Trump’s ongoing feud with the Republican Party, the 45th President is now demanding that any Republican candidate or group seeking to use his name to raise money must gain his explicit permission. I was told there was going to be an insurrection? Guys you're making me feel kinda silly down here. pic.twitter.com/E2peIa6gvc

What’s it all for? An invading army across the Potomac? Rising far-right militias, ready to strike at any moment?

Nope. It’s because when angry rioters and protesters attacked the Capitol on Jan. 6, a Capitol Police force hobbled by its leadership’s poor training regimens, nearly non-existent fitness standards, and fecklessness in the face of crisis were incapable of protecting the building or even shutting the big doors on time.

Via 4Branch via It Ain't Holy Water 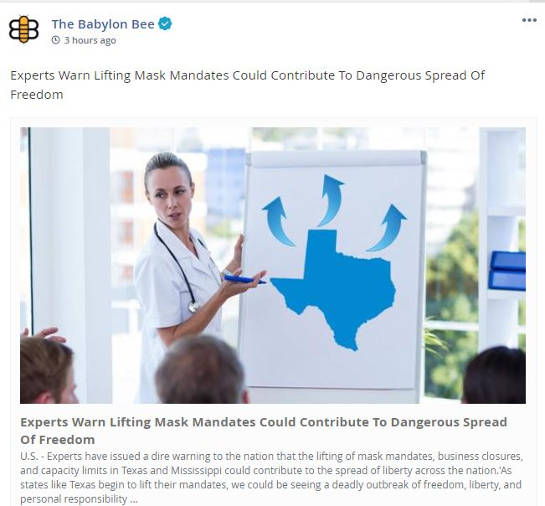 Arizona Border Sheriff On Border Crisis: Biden ‘Owns This,’ ‘We Had It Under Control’ Under Trump

Posted by Brock Townsend at Saturday, March 06, 2021 No comments: 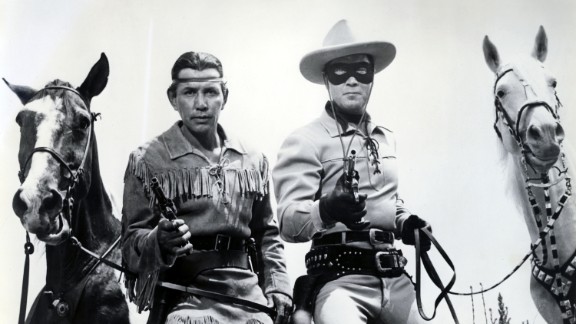 I was a child of the Baby Boom. The 1950s were dominated by Westerns, whether they were Saturday morning Westerns intended for kids, or were "adult westerns" carried by the major networks at night. If memory serves me, at one point there were 30 different Western TV shows broadcast by the major networks over the course of the week. America was Western crazy.

As a young lad who was born in a little crossroads Southern town, nothing captured the imagination of my brothers and me than the Lone Ranger. Clayton Moore was a god-like figure to us. On Saturday morning, the sound of the first few notes of the "William Tell Overture" was sufficient to cause me and my brothers to run headlong to the living room and to slide to a halt in front of the TV as if we were sliding into home plate at Yankee Stadium. What followed on the screen enthralled us as we travelled back to "those thrilling days of yesteryear." (I understand that the “Lone Ranger” was an ABC program. This confuses me, because we couldn’t even pick up an ABC affiliate TV station.)

In 1956, my dad obtained a new job, and our family moved to "the big city." It was around 1958 when a major new suburban shopping center opened. As if it were a gift from heaven, Clayton Moore was to appear there to do the ribbon cutting. To a kid like me, this was bigger than the Second Coming.

My dad took me and my oldest brother (and possibly a younger brother) to the event. I remember nothing about it except for the fact that I was suddenly standing within two feet of Clayton Moore, himself. I was in the presence of greatness. It simply didn’t get any better than this.

There in front of me at eye-level was the heavy black holster and gun belt and, of course (gasp!), his silver bullets. I gazed up in absolute adoration of the masked man.

But then, reality set in. Someone might see me do this, most likely my dad, but, horrors, possibly the Lone Ranger, himself. A rebuke might follow.

So, I lost my nerve and did nothing.

Who knows how my life might have changed if I had chosen a different fork in the road? If only I had summoned the courage to touch the Lone Ranger, might I have entered the pantheon of heroes who, in some small way shared his glory? Would I have captured the evil Butch Cavendish? Commanded a division in Desert Storm? Found a cure for cancer? Discovered time travel?

It will be one of the great mysteries of life, and I will never know. 😊

In any event, here’s to you, Clayton Moore, and those fond boyhood memories. “Hi-Yo, Silver! Away!”

Arizona Border Sheriff On Border Crisis: Biden ‘Owns This,’ ‘We Had It Under Control’ Under Trump

Posted by Brock Townsend at Saturday, March 06, 2021 No comments: