"I wonder if the states of France, Germany, Italy, Greece, and the rest of the Union are going to invade Great Britain to force them to return to the European Union because Great Britain exercised their reserved right to secede for any reason(s)? Will other States leave the EU now or will all be forced to remain regardless of the democratic votes in any State to leave?

Would it not be only fitting for the EU capital of Brussels to call for remaining member States to supply troops for the expressed purpose of restoring the Union for the collection of taxes as Lincoln did in his 1st Inaugural Address in March of 1861? Are Great Britain’s citizens traitors to the Union or do all Brits have a first allegiance to their State?

After all, that is exactly what happened when South Carolina and others seceded in 1860."
Posted by Brock Townsend at Saturday, June 25, 2016 4 comments:

Nothing to do with Islam? Investigating the West's Most Dangerous Blind Spot


One of the most depressing realities of modern life is the regularity with which deadly attacks are carried out in the name of Islam. Almost as depressing are the invariable reassurances by Western political leaders and media elites that these acts of violence had “nothing to do with Islam”. Yet, niggling doubts remain. Why, if Islam is indeed a “religion of peace”, do these attacks keep coming? Why are the vast majority of acts of terror in our world today carried out by people steeped in the teachings of the Qur’an?

With his new book, “Nothing to do with Islam”? - Investigating the West’s Most Dangerous Blind Spot, Peter Townsend (author of the highly acclaimed Questioning Islam - Tough Questions and Honest Answers about the Muslim Religion) examines the evidence as far as the possible link between Islam and violence is concerned. He does this by carefully analyzing the foundational texts of Islam (most notably the Qur’an and traditions), as well as the canonical set of stock responses whenever such a link is asserted.

The question whether Islam promotes violence could very well be one of the most important questions ever faced by Western civilization. It deserves more attention and analysis than a few glib sound bites. Nothing to do with Islam? provides you with the opportunity to examine this question from all angles and come to your own conclusions.

A former top Clinton administration official has been quietly—and simultaneously—working for Boeing while vocally supporting the Iran nuclear deal.

But the American aerospace giant isn’t exactly publicizing the fact that it paid a lobbying firm to “monitor” the nuclear agreement that made its $25 billion sale to Tehran possible. Or that Boeing has on its payroll a former top Clinton administration official who used his clout to garner support in the corridors of powers for the Iran deal.
Thomas Pickering, one of the country’s most respected diplomats and a and former ambassador to Israel and the United Nations, has been quietly taking money from Boeing while vocally supporting the Iran nuclear deal—testifying before Congress, writing letters to high-level officials, and penning op-eds for outlets like The Washington Post.


Former Donald Trump Campaign Manager Corey Lewandowski made his first appearance on CNN on Friday as its latest paid contributor.

CNN host Erin Burnett tried her hardest to get Corey to trash his former employer and the Trump family. Corey refused saying it was an “honor” to work for Mr. Trump as his campaign manager for the past year.


Corey Lewandowski: The fact that these (classified emails) were in an unsecured location is a crime. And the fact is federal government should be prosecuting Hillary Clinton for this crime and they’ve chosen not to do it. That’s what the root of this is all about.

Erin Burnett: Well the root is that she has been charged with nothing at this point and no evidence or proof…

Immigration: Some Americans see great irony in the British declaring their independence from the tyranny of Brussels while Americans quietly accept the new tyranny of Washington, DC. 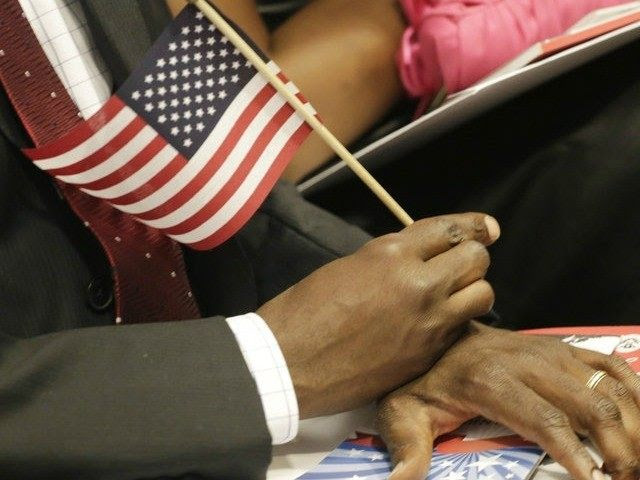 It’s not only illegal aliens who are escaping enforcement of the nation’s immigration laws.

Under the Obama administration’s expansive interpretation of executive authority,  legal immigrants seeking citizenship through the nation’s Naturalization process are now exempt from a key part of the Oath of Allegiance.

Immigrants seeking to become citizens no longer have to pledge to “bear arms on behalf of the United States.” They can opt out of that part of the Oath. Nor do they have to cite any specific religious belief that forbids them to perform military service.

According to the Naturalization Fact Sheet on the US Citizenship and Immigration Service (USCIS) website, In the fiscal year ending June 30, 2015, the nation welcomed 729,995 Legal Permanent Residents into full citizenship. 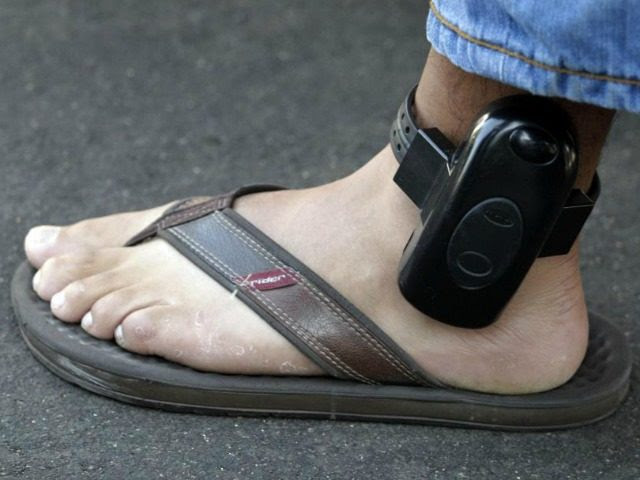 A Washington, D.C., man who was supposed to have been under house arrest awaiting trial on gun charges was able to escape his home undetected when a court technician accidentally put the man’s ankle monitor on his fake leg. Police say the mistake allowed the suspect to leave the leg behind in his home as he went out to commit a murder. 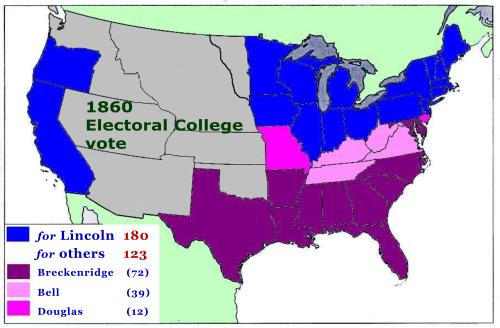 The finest of gentlemen founded South Carolina, informants assured the famous London Times correspondent, William Howard Russell, upon his arrival in Charleston in April, 1861. “It was established not by witch-burning Puritans, by cruel persecuting fanatics, who implanted in the North the standard of Torquemada, and breathed in the nostrils of their newly born colonies all the ferocity, bloodthirstiness, and rapid intolerance of the Inquisition,” the South Carolinians assured him, shortly after their bombardment of Robert Anderson’s band of astoundingly brave Union men at Fort Sumter. Confusing its own bigotry with Christianity, Puritanism had birthed “impurity of mind among men” and “unchastity in women,” thoroughly enveloping the New England soul, the South Carolinians continued. Evil, corrupt, and dark, Northerners might very well “know how to read and write, but they don’t know how to think, and they are the easy victims of the wretched imposters on all the ‘ologies and ‘isms who swarm over the region.”

To a southerner, the North seemed nothing short of decadent, its freedom not standing for anything but a loss of purpose and direction, its people confused, running in many directions, chasing nothing of import. “The parties in this conflict are not merely abolitionists and slave-holders—they are atheists, socialists, communists, red republicans, Jacobins on the one side and the friends of order and regulated freedom on the other,” a famous southern theologian, James Henley Thornwell, had written. “In one word, the world is the battleground, Christianity and atheism the combatants, and the progress of humanity is at stake.”


More @ The Abbeville Institute
Posted by Brock Townsend at Saturday, June 25, 2016 No comments:

Police have arrested twin brothers, linked to the terrorist group Daesh, for stabbing their mother to death and injuring father and brother at their home in Al-Hamra, Riyadh, the Interior Ministry announced on Friday.

Sources said the 18-year-olds tried to flee to Yemen, but were arrested in Al-Kharj and are under investigation.

The killings caused panic in the area with many taking to social media to express their horror and condemnation.

The gruesome crime took place on Thursday night with the two attacking their mother first with knives inside a storeroom at their home, where she succumbed to her injuries.

Ford had a case of Deja Vu this past weekend at LeMans. The No. 68 Ford GT took home the gold in the GTE pro class, beating their old time Italian nemesis Ferrari. Dirk Muller, Joey Hand, and Sebastien Bourdais were the men that drove the GT 24 hours through the checkered flag.

“This is a historic moment for the Ford Motor Company,” Bill Ford, executive chairman of Ford, said in a statement. “We dared to dream that we could return to Le Mans, 50 years after the incredible 1966 win and take on the toughest competition in the world. The pride we all felt when the Ford GT crossed the line at Le Mans is indescribable.”

Dodge Viper to End Production in 2017 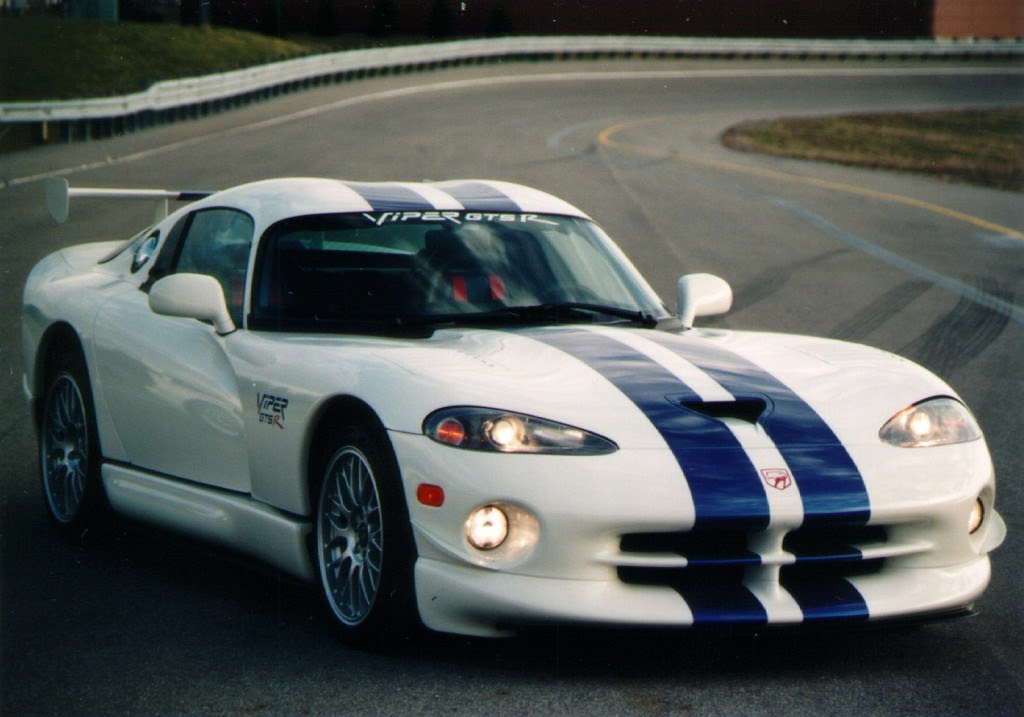 To celebrate 25 years of epic bad-assery, Dodge is ending the production of the Viper in 2017. But first, it’s producing five limited-edition models to commemorate this final year of production.

“The Dodge Viper has had a great run, and 25 years after it was first introduced, it leaves the supercar world reaching for the records it continues to set,” said Tim Kuniskis, Head of Passenger Cars, Dodge, SRT, Chrysler, and Fiat – FCA, North America. “With more track records than any production car in the world, the Dodge Viper ACR will live on as the fastest street-legal Viper track car ever, the car that has set the benchmark for all that follows in its tracks.”

The Dodge Viper ACR returns in 2017 with significant aerodynamic and suspension upgrades. Relaunched in 2016, the third edition (1999-2002, 2008-2010) of the Viper ACR is known as the ultimate “street-legal racecar” with a total of 13 road course lap records as certified by the Sports Car Club of America.

This track and street beast will be honored with this run of models, each of which highlight a different feature from its storied past:

Hillary Clinton is struggling to capture the young women’s vote this year. In New Hampshire Bernie Sanders led Clinton 87 to 9 percent with women age 18 to 34.

In her latest move to capture the young female vote Hillary is promoting free tampon programs.

Hillary tweeted this out on Friday.

A foreign army consisting of 31,000 soldiers from an anti-American alliance are conducting military “exercises” a few miles from San Diego. Hundreds of tanks converge on the Rio Grande, while jets from 24 countries converge in attack formation, darting through Mexican skies.

Yet that’s precisely what has been happening on Russia’s border with the NATO alliance, as the cold war returns. Economic sanctions aimed at sinking Russia’s fragile economy, plus a propaganda campaign designed to characterize Russian President Vladimir Putin as the second coming of Stalin – or, in Hillary Clinton’s view, Hitler – have history running in reverse. Once again, an iron curtain is descending across Europe – only this time it’s the West’s doing.

A Folcroft, Pennsylvania police officer was attacked and shot seven times Friday morning by released convict. Muslim Donte Brooks, aka Abdul Wahi, then fired on a second police officer called to the scene. 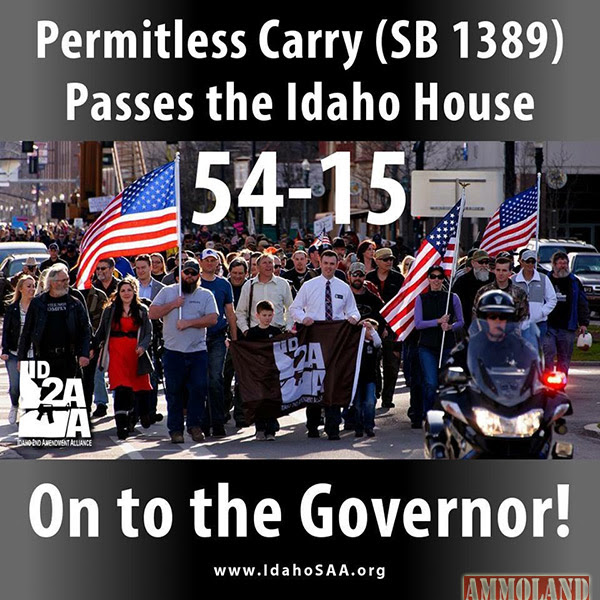 On Friday afternoon, Idaho Governor Butch Otter signed into law a bill that will allow Idaho residents 21 years of age and older, to carry concealed firearms without the need for a permit.

Recently passed in the Senate and House, SB-1389 will still have residents ages 18-20 to complete training and have a permit.

In Idaho, it is currently legal to openly carry a firearm without a permit.

Once the law goes into effect on July 1st 2016, Idaho will join the other states that have permitless concealed carry; Alaska, Arizona, Kansas, Maine, Vermont, Wyoming and West Virginia. Many other states are also working on similar legislation, and the list is likely to grow.

Governor Butch Otter released the following statement regarding the bill: