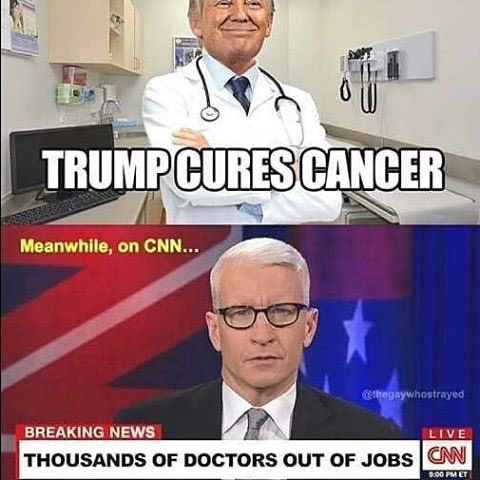 Posted by Brock Townsend at Wednesday, August 15, 2018 No comments:

A Rare Aerial Perspective of Saigon in the 1920s Thanks to the prevalence of photographic drones, nowadays it’s a cakewalk to source aerial photos of Vietnam with just a simple internet search.

However, a century ago, observing the glory of Saigon through a bird’s-eye view was no easy feat, which makes these rare sepia snapshots of the city in the 1920s an invaluable treasure.

These photos were taken by Leon Ropion, a senior technical assistant with a career in public work in the 1920s. The Frenchman and his wife, Alice Ropion, who taught at an all-girl school in Saigon moved from Europe to live and work in Indochina more than a hundred years ago. The photo archive was made available by Catherine Neykov, the couple’s granddaughter.

Ropion’s photos might be subpar in comparison with today’s high-resolution panoramic shots, but the level of details he managed to achieve was incredible considering the time the images were created.

While Saigon’s landmarks like Ben Thanh Market, Saigon River and Reunification Palace are instantly recognizable, in the distance, the sparseness of the city is also evidenced: beyond the neatly planned city center, areas that are now District 4, 5 and 7 are mostly empty fields.

See what our hometown looks like almost a century ago in Leon Ropion’s shots below:

The US and China's tit-for-tat moves could wreak havoc on many economies in Asia.

According to an analytical report by Financial Times Confidential research, because of its export dependency, Vietnam will be impacted the hardest in Southeast Asia by the US-China trade war, Nikkei Asian Review reports.

Vietnam is currently the most export-dependent countries among the ASEAN big five, which includes Indonesia, the Philippines, Thailand and Malaysia.

Decline in the Fall (or Late Summer, Anyway): by Fred Gibbon 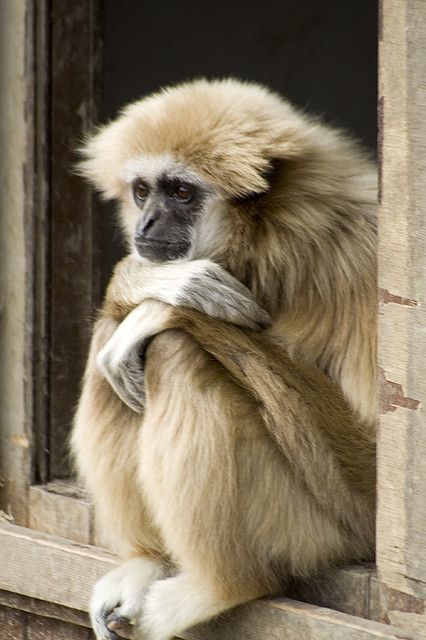 I am not sure why people write columns. Partly from boredom, I suppose, or lack of anything better to do. Partly from exasperation. Yet partly from the hope that if enough people collectively become aware of problems, they might, just maybe, do something about them. I can’t believe this any longer.

Today’s crimes, lunacies, and decays  are too many, profitable, and intractable. We are racing out of control toward some as yet dimly limned catastrophe. Hang on and take the ride.

To begin with, America is no longer a country. It is a set of special interests occupying the same place: Corporations, races, ethnicities, faiths, ideologies, foreign agents pretending to be Americans, all at each other’s throats. No cure is possible.


More @ Fred on Everything
Posted by Brock Townsend at Wednesday, August 15, 2018 No comments: 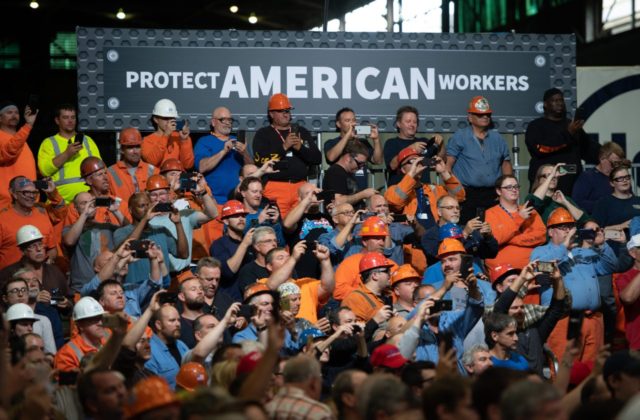 Retail sales, which are the total receipts at stores that sell merchandise and related services to final consumers, rose 0.5 percent in July, according to data released by the Commerce Department Wednesday. Economists had expected sales to rise by just 0.1 percent. The sales numbers were so strong that they exceeded the top range of expectations of economists surveyed by Bloomberg.
Outside of auto and gas sales, retail sales grew an even stronger 0.6 percent.

Productivity, which has had very small gains or even retreated in recent years, rose 2.9 percent in the most recent quarter compared with the prior quarter. That topped expectations for gains of 2.5 percent and was far above the paltry 0.4 percent increase in the first quarter. Productivity measures the growth of labor efficiency in producing goods and services. Rising productivity can hold back inflationary pressures even when the labor market is tight. It can also lead to higher wages in the longer run.

Unit labor costs, a measure that reflects the labor costs of producing each unit of output, was expected to decline 0.2 percent, after declining 0.3 percent in the prior quarter. Instead, it declined 0.9 percent. That too is an indicator that inflation is likely to remain tame.

The Federal Reserves New York State manufacturing survey also highlighted economic strength and showed no signs of stress from tariffs or anecdotal reports of parts shortages. The survey came in at 25.6, moving higher when economists had expected a decline to 20 from the prior reading of 22.6. The survey asks 200 manufacturing executives for their views on business conditions.

The picture comprised by the data released Wednesday morning was one of a strong economy when viewed from supply and demand sides, with rising productivity dampening inflation fears.
Posted by Brock Townsend at Wednesday, August 15, 2018 4 comments:

The Secret to Getting Promoted.......

Posted by Brock Townsend at Wednesday, August 15, 2018 No comments:

Maybe this is what President Trump really meant by this tweet last week.

Here’s something that is not making many headlines in the liberal mainstream media.


Omarosa was fired four times by the Clinton White House.

They say she was very “disruptive.” 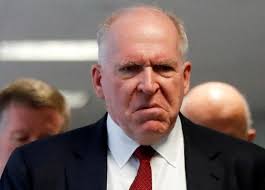 The announcement comes the day after Trump attorney Rudy Giuliani warned Brennan may face a grand jury for “quarterbacking” the phony Russia investigation.
“The guy running it is Brennan. And he should be in front of a grand jury,” Giuliani said on Hannity.
“Unless he’s the biggest idiot intelligence agent that ever existed—although he never really did much intelligence work—it’s false. You could look at it [the dossier] and laugh at it.”

The Trump administration has revoked the security clearance of former CIA Director John Brennan, according to a statement from the president.

“As the head of the Executive Branch and Commander-in-Chief, I have a unique constitutional responsibility to protect the nation’s classified information, including by controlling access to it.

Rand Paul calls out commie Brennan as "the most biased, bigoted, over-the-top, hyperbolic, unhinged director of the C.I.A. we’ve ever had."


Governor Andrew Cuomo spoke for MILLIONS of Democrats this week when he told an audience that America was never that great.

Governor Cuomo told a New York audience, “We’re not going to make America great again. It was never than great.”


And Cuomo's Republican opponent @marcmolinaro is out with a statement on this pic.twitter.com/1iWUa6WJte

Anything Is Nice If It Comes From Dixieland In October 1901, President Theodore Roosevelt invited Booker T. Washington to dine at the executive mansion. This was an unprecedented move. No African-American had ever been asked to dine with the president, and while neither Roosevelt or his staff said much of the event, it was surely done in the spirit of reconciliation and Roosevelt’s desire to be “the people’s president.” Reaction to the visit was mixed. The pro-Republican press tended to support Roosevelt’s unexpected gesture while Democratic organs, North and South, either questioned Roosevelt’s intentions or denounced the meeting altogether.

Historians have mostly focused on the Southern response to the event, primarily “Pitchfork” Ben Tillman’s vicious statements condemning the dinner as a slippery slope toward the creation and acceptance of a “mongrel race.” But less than one month later, William Jennings Bryan dedicated nearly three pages of his personal newspaper The Commoner to what one Southern paper called the “peculiar” interview. Bryan was no race baiter. He showed sympathy toward African-Americans and argued that they were as capable of “self-government” as any member of white American society, yet he also believed in the status quo in regard to race relations. Bryan wrote that he:


More @ The Abbeville Institute
Posted by Brock Townsend at Wednesday, August 15, 2018 No comments:

On the 18th of December1864 Lincoln’s general-in-chief Henry Halleck wrote Sherman: “Should you capture Charleston, I hope that by some accident the place may be destroyed; and if a little salt should be sown upon its site, it may prevent the growth of future crops of nullification and secession.” Ironically, secession was first threatened by New England at the time of the Louisiana Purchase and in its 1814 Hartford convention; nullification of federal law was the very basis of the North’s prewar Personal Liberty Laws. In late 1864 and early 1865, Sherman’s 65,000 man army triumphantly plundered and destroyed Georgia and South Carolina with virtually no opponents except old men, women and children. General Joe Wheeler had 5,000 cavalry to merely harass Sherman with. The following was reprinted from a May 1873 article in Southern Magazine.
Bernhard Thuersam, www.Circa1865.org   The Great American Political Divide

“To [Halleck’s letter] General Sherman replies, December 24: “This war differs from European wars in this particular – we are not only fighting hostile armies, but a hostile people; and must make old and young, rich and poor, feel the hard hand of war, as well as their organized armies.

I will bear in mind your hint as to Charleston, and don’t think “salt” will be necessary. The truth is, the whole army is burning with an insatiable desire to wreak vengeance on South Carolina. I almost tremble for her fate, but feel that she deserves all that seems to be in store for her.”

On the 23rd he writes to General Kilpatrick: “Let the whole people know the war is now against them, because their armies flee before us and do not defend their country or frontier as they should. It is pretty nonsense for Wheeler and Beauregard and such vain heroes to talk of our warring against women and children. If they claim to be men, they should defend their women and children and prevent us reaching their homes.”

If, therefore, an army defending their country can prevent invaders from reaching their homes and families, the latter have a right to that protection; but if the invaders can break through and reach these homes, [they] are justified in destroying women and children. Certainly this is a great advance on the doctrine and practice of the Dark Ages.

Is it any wonder that after reading [this] we fervently echo General Sherman’s devout aspiration: “I do wish the fine race of men that people our Northern States should rule and determine the future destiny of America?” 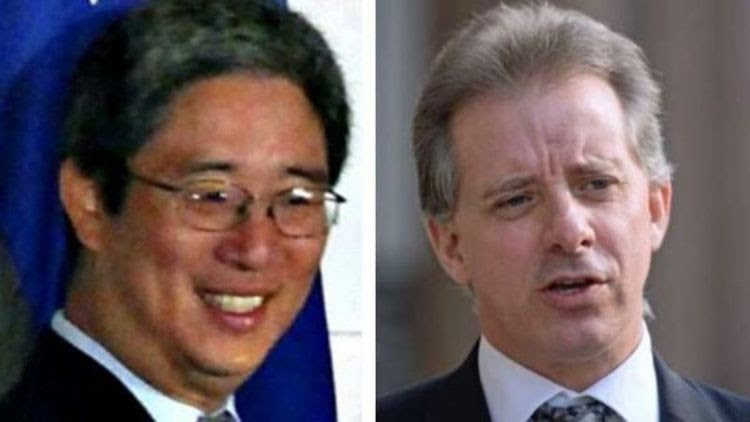 The June 2016 Trump Tower meeting between high-ranking members of the Republican presidential  campaign staff and a Russian lawyer with Kremlin ties remains the cornerstone of claims that Donald Trump colluded with Russia to steal the election.

A growing body of evidence, however, indicates that the meeting may have been a setup -- part of a broad effort to tarnish the Trump campaign involving Hillary Clinton operatives employed by Kremlin-linked figures and Department of Justice officials. This view, that the real collusion may have taken place among those who arranged the meeting rather than the Trump officials who agreed to attend it, is supported by two disparate lines of evidence pulled together for the first time here: newly released records and a pattern of efforts to connect the Trump campaign to Russia.