Defending the South Against Fake News

I had some correspondence with an editor of the Post and Courier this week when I sent them a letter for publication in response to their July 6, 2019 editorial “Don’t let extremists define our national symbols.”

As a result, I saw an opening to send some valuable Southern history to this newspaper and I jumped on it.

Their editorial is good in that they are alarmed at Nike removing the Betsy Ross flag as well as the Charlottesville city council ending a celebration of Thomas Jefferson, and the idiots on the San Francisco school board voting to paint over an 80-year-old work of art portraying the life of George Washington.

The Post and Courier does not want us to validate bad people who attempt to redefine patriotic symbols, but wait! THEY in the media have been doing exactly that for years ad nauseam!


More @ The Abbeville Institute
Posted by Brock Townsend at Thursday, July 18, 2019 No comments:

Great Interrogation Marks to the Soul of the Beholder 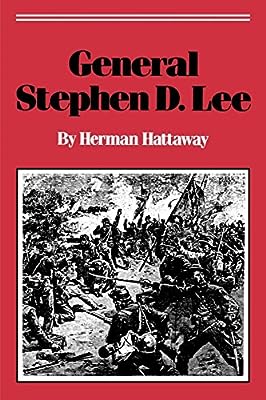 The United Confederate Veterans (UCV) came into being in 1889 at New Orleans as delegates from nine separate veterans organizations formed into one. General Stephen D. Lee, born in Charleston, South Carolina and a West Point graduate, was an energetic organizer who wanted “to keep alive the sacred memories of the War.  The patriotic devotion to our beloved country . . . , the ardor with which we rallied around her flag, the indomitable heroism with which we followed it through danger and disaster: when we meet together all those memories come with a rush. We feel a thrill of pride that nothing can alter.”www.Circa1865.org   The Great American Political Divide

Great Interrogation Marks to the Soul of the Beholder

“As a top leader in the UCV, Lee was a tireless and faithful worker. He cited three significant tasks to which he thought the veterans should apply themselves in the remaining to them. One was in the continued erection of monuments . . . The second was to ensure that each veteran lived the remainder of his life proudly, never bringing shame or regret to others who had been Confederate soldiers. The last was to help take care of the veterans who were hard-pressed financially.

Always he added a word urging that more monuments be erected, “first, for the sake of the dead, but most for the sake of the living, for in this busy industrial age these tablets and stones to our soldiers may stand like great interrogation marks to the soul of the beholder.”

[In his inaugural address as president of the UCV in 1904, Lee said the greatest loss of the South was not in burned houses and wasted fields, and ravaged cities, but in the men the South lost. “Yet,” “my comrades,” what “a comfort to know that the South had such men to lose . . . What a magnificent race of men! What a splendid type of humanity! What courage! What grandeur of spirit! What patriotism! What self-sacrifice! It was sublime.”

“A people who do not cherish their past,” he said in 1904, “will never have a future worth recording.”

A federal judge has ordered Jeffrey Epstein to be held without bail.

The judge, U.S. District Judge Richard Berman announced the decision on July 18 during a hearing in federal court in Manhattan.

He cited Epstein’s danger to others, according to Courthouse News reporter Adam Klasfield.

Wonderful brick bungalow in the small town of Colerain with tons of potential! Move in and make it your own!   Close to the Chowan River and only 20 miles from Scotch Hall Preserve Golf Course–a waterfront Arnold Palmer Signature Golf course with resort style swim pavilion, marina, kayaking ponds, paddleboards, fishing and more!

This charmer is also close to the beautiful and historic town of Edenton, NC.  Edenton is home to three National Historic Landmarks, one of which is the state’s oldest courthouse, built in 1767 and still in use. Recently recognized by Forbes.com as one of America’s Prettiest Towns, Edenton continues to show her age with pride.

Today, you will find a vibrant downtown with unique shops, eateries, and a variety of other businesses. An active calendar of events covers outdoor recreation, including sailing, paddling, biking and baseball. Cultural events and seasonal festivals are plentiful and more picturesque set against the remarkable backdrop of this historic town and its lovely waterfront vista. Click here for more on Edenton.

Posted by Brock Townsend at Thursday, July 18, 2019 No comments:

With all the talk about how “racist” Donald Trump is, this is a pretty funny reminder of the way black leaders USED to talk about the man who is now President of the United States.  An old video has recently emerged that has none other than Jesse Jackson praising Trump:

I Asked A Left-Wing Doctor To Define The Word ‘Man.’ He Couldn’t Do It.

As I have argued in the past, left-wing gender theory can be entirely dismantled and debunked with one simple question: What is a man? All of the talking points, all of the sermonizing, all of the stuff about "transgenderism" and "gender fluidity" and "gender spectrums" — all of it is blown to pieces by a question that my six-year-old could answer. No leftist who espouses gender theory can provide a coherent answer to this question. Few will even attempt it.


More @ The Daily Wire
Posted by Brock Townsend at Thursday, July 18, 2019 No comments: 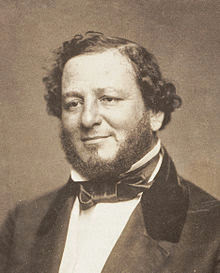 Benjamin has been described as "the brains of the Confederacy."

After the fall of the Confederate government, Benjamin evaded capture by the Federal government, fled to the Bahamas, and from there moved to England where he had a long and prosperous career as a barrister. There was no attempt to extradite Benjamin to the United States.

The Justice who praised this prominent member of the Confederate government (who was not only a slave-owner, but also a defender of slavery) still sits on the bench of the U.S. Supreme Court.

Is this problematic?  If progressives knew about this, would they seek this Justice's resignation?

Here is the Justice's remarks: