Ferguson protesters won a settlement this week that will award each protester $2,500 each from three separate police agencies for using tear gas during the protests last fall.

Each of the protesters to get a settlement of $2,500 from each of the 3 agencies involved. No proof that each of the demonstrators were gassed by each of the agencies paying them. At least $7,500 per member involved in the lawsuit!
More @ III Percenter Nation
Posted by Brock Townsend at Sunday, April 05, 2015 10 comments: 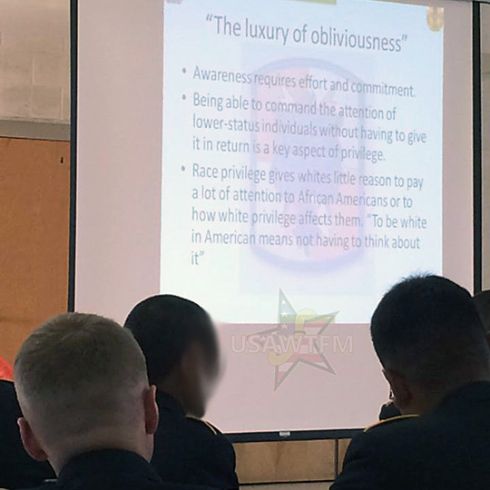 Army officials are investigating a diversity training briefing at Fort Gordon, Ga., in which a slide about "white privilege" was inappropriately shown to soldiers, according to an Army spokeswoman.


The Equal Opportunity briefing took place Thursday for about 400 soldiers of the 67th Signal Battalion, Capt. Lindsay Roman, an Army spokeswoman, said Friday. The slide titled "The Luxury of Obliviousness" has bullet-point items about "white privilege."

One item reads, "Race privilege gives whites little reason to pay a lot of attention to African Americans or to how white privilege affects them. 'To be white in America means not having to think about it.' "

An image of the slide appeared later Thursday on a Facebook page and generated a torrent of negative comments about political correctness run amok.

They Were Hiding From an Armed Jihadist When Reporters Revealed Their Hiding Spot on Live TV. Now They’re Hitting Back at the Station.

In a case sure to spark debate over the role of the media during life-threatening terrorist sieges, six hostages who were held at a Paris kosher supermarket in January have filed a police complaint against French media for divulging their hiding place during a live report.

As the drama was unfolding Jan. 9, the French news channel BFMTV reported live that there was a woman hiding from jihadist gunman Amedy Coulibaly in the refrigerated area of the Hyper Cacher supermarket in the midst of France’s days-long terror spree, which included the attack on the Charlie Hebdo offices.

“There is one person, a woman, who remained hidden from the beginning, when this man entered the shop,” the BFMTV reporter said, according to the Jewish Telegraphic Agency. “She hid in the refrigerated area in the back of the building.”

Teenagers Pulled Up and Stole a Woman’s Car — While She Was on the Hood. Then a Bystander Changed Everything in Seconds.

It seemed like something out of an action movie: a brazen crime, quickly thwarted by an armed city employee who just happened to be on the scene.

The whole thing took place at a car wash in Smyrna, Georgia, on Friday when a van pulled up next to a car and a teenager dashed from the van to the car, KPRC-TV reported.

The car’s owner, who had been vacuuming the vehicle, was stuck on the hood as the teen gunned it.

Durable stainless steel tool and high-powered flashlight bundle is sure to be handy whether you’re going camping, hiking, or just working around the house.

Iron John: A Book About Men 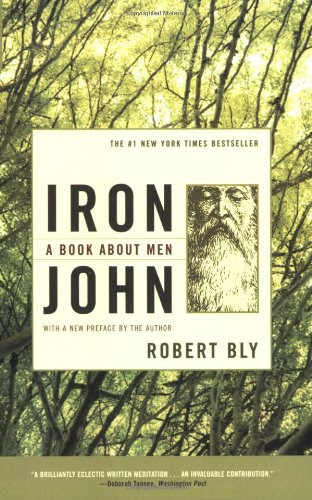 In this deeply learned book, poet and translator Robert Bly offers nothing less than a new vision of what it is to be a man.Bly's vision is based on his ongoing work with men and reflections on his own life. He addresses the devastating effects of remote fathers and mourns the disappearance of male initiation rites in our culture.

Finding rich meaning in ancient stories and legends, Bly uses the Grimm fairy tale "Iron John," in which the narrator, or "Wild Man," guides a young man through eight stages of male growth, to remind us of archetypes long forgotten-images of vigorous masculinity, both protective and emotionally centered.Simultaneously poetic and down-to-earth, combining the grandeur of myth with the practical and often painful lessons of our own histories, Iron John is a rare work that will continue to guide and inspire men-and women-for years to come.

Will the US Follow South Africa Down the Path of White Decline?

The fate of the West may be at stake.


In the aftermath of President Obama’s victory, the Wall Street Journal described the GOP as the “WOP,” the White Old Party. Indeed, the Republican Party finds itself in a demographic death spiral as youth, single women, blacks, Hispanics, and Asians overwhelmingly vote Democrat.

In fact, the Democratic Party could become the American version of South Africa’s African National Congress (ANC), as immigration and high non-white birth rates ensure a steady stream of Democratic voters eager for “change” or even South African-style “transformation:” the ANC’s term for racial revolution and ever tighter anti-white measures.

The latest proposal is for all charities, such as orphanages or soup kitchens, to lose their non-profit status if they serve any whites at all. It would mean that charitable organizations could serve only blacks, and that whites would not be allowed to help each other in any organized way, even to alleviate poverty or care for orphaned children. 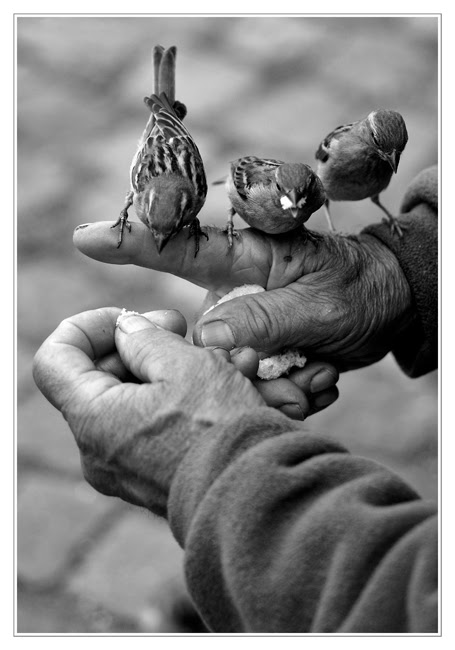 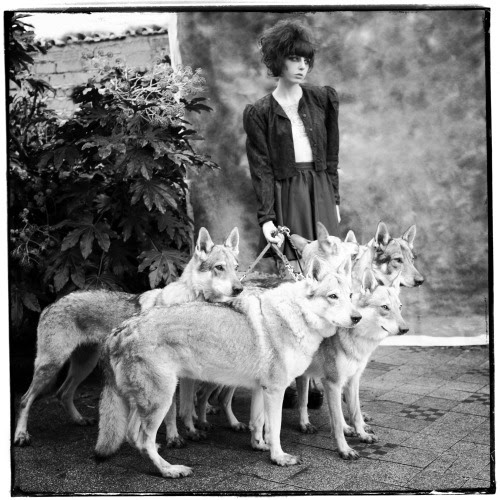 On this day in 1865, Union troops burned the University of Alabama

Days before Robert E. Lee would surrender Ulysses S. Grant in Virginia, Union troops marched from Birmingham to Tuscaloosa to destroy anything that might benefit the "rebel cause."

Only a few buildings on the University of Alabama campus were spared.

In an article for the Tuscaloosa County Preservation Society, former UA professor Robert Mellown outlined the days leading up to the event.

Purity of Soul: An Excursion into Northern Politics of Race

Race riot in he South, :) 1863. Wikipedia: "Rioters subjected black men to the most brutal violence: torture, hanging, and burning." Eleven were lynched. The Southern mob depicted here were afraid that if the North won the Civil War, freed slaves would take the jobs of whites.

Virginian though I am, a son of the Shenandoah, and brought up among the lazy rivers of the state of Marse Bob Lee and Stonewall—rivers where the sun always seemed to shine and you could mostly catch catfish, and almost think that being alive was a good thing until further experience intervened—I have to admit the deep vileness in the Southern soul. Yes. It was this that brought forth such scenes as above. I cannot deny that the events portrayed happened in the South.

The south of Manhattan, anyway, the drawing being of the race riots of 1863 in New York, in which Yankee mobs killed 115 or so innocent people, many of them black.

Here was early evidence of the deep regard in which Yankees held black men—and still hold them if you look at actions and not protestations. There is nothing like a damn Yank to tell how good he is, how drowning in the curds and cream of human kindness, without in his actions displaying a trace of it.

But should we be surprised? These were the same blue-coats who exterminated the Indians. "The only good Indian," said the Yankee general Sherman, "is a dead Indian." Such charitable musings were not unique to him. It was a Yankee named Custer, if memory serves, who after the war devoted himself in the name of the Yankee government to killing Indians, though with mixed results. Yet another Yankee general, Phil Sheridan, wanted to slaughter the western buffalo to starve the Indians to death. I cannot withold my admiration for Northerners for the consistency of their racial philosopy.
Do not misunderstand me. I do not mean to imply that Northerners are the world’s mother lode of preening fraud and practiced hypocrisy. I mean to state it. 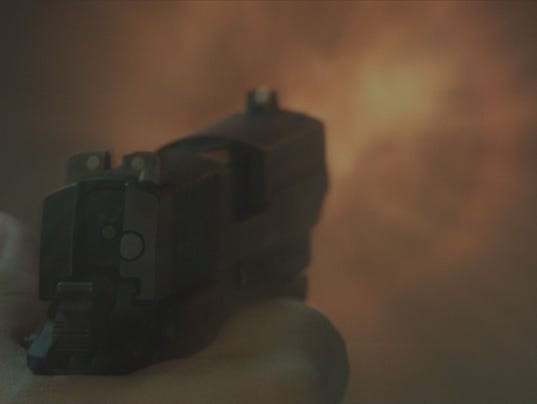 It could soon be a lot easier for people in North Carolina to buy a hand gun.

A proposed house bill, HB 562, would eliminate the pistol permit process in our state.

The aim of the bill is to make the current process less tedious.

It's an idea that many gun owners like but at least one sheriff in the Triad thinks the new process might not be thorough enough.

"It's a stress relief habit," said Smith. "Just coming out here to mess around is very lovely."

Surveys find that men in U.S. special operations forces do not believe women can meet the physical and mental demands of their commando jobs, and they fear the Pentagon will lower standards to integrate women into their elite units, according to interviews and documents obtained by The Associated Press.

Studies that surveyed personnel found "major misconceptions" within special operations about whether women should be brought into the male-only jobs. They also revealed concerns that department leaders would "capitulate to political pressure, allowing erosion of training standards," according to one document.

Some of those concerns were not limited to men, researchers found, but also were found among women in special operations jobs.

Dan Bland, force management director for U.S. Special Operations Command, told the AP that the survey results have "already driven us to do some different things in terms of educating the force." 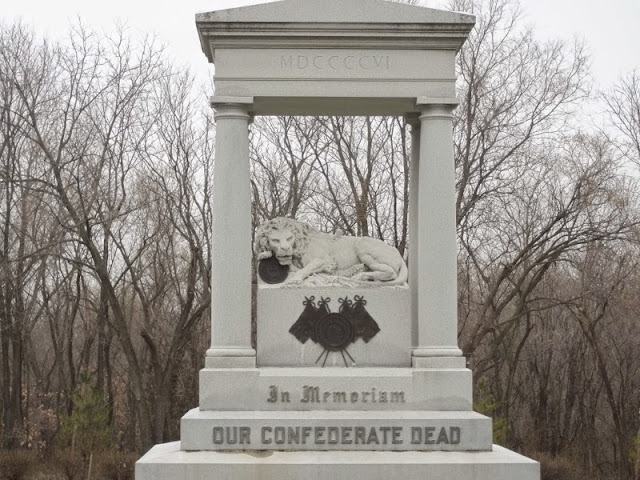 Last week I visited the Missouri Confederate Rest Home and Cemetery. The rest home is long gone and only one of the cottages and the Chapel remain. There are a couple of other building but they are now part of a State rehab project.

This is only one of two rest home like this. There used to be a dormitory and a series of 3 room cottages on 100 x 200 foot plots as well as workers dorm and a hospital.
The Daughters of the confederacy donated the beautiful guardian lion and other groups donated the furnishing for the cottages. The site is now a State property.

This place was for indignant confederate  veterans, their spouses and minor children. After the last Confederate died here the dorm was torn down and a group acquired it to preserve it, then the State bought it and maintains it (not very well)

There is an office with posted hours but is never manned. The Chapel has posted hours and is always padlocked shut. So much for that. Here are some pictures I took of this venerable, hallowed place when I went to commune with my soul mates and kindred spirits. Long Live The Confederacy!

As a side note, the old soldiers, after the war, were proud Americans. They took delight in the daily raising of the United States Flag. Theirs was so large it could be seen in the county seat, Lexington Missouri, 6 miles away. At this time it is not permitted to fly any Confederate Flag here. If the graves are adorned with small flags they must be removed when you leave. No grave decoration are allowed.