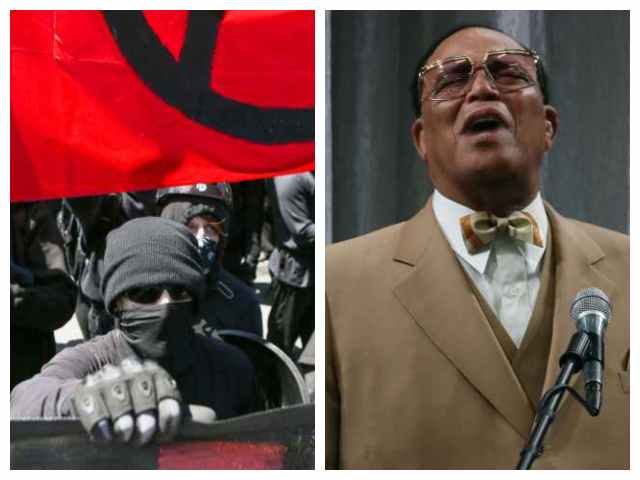 Facebook’s explanation for the InfoWars ban claims that the site posts material which “glorifies violence,” and also uses “dehumanizing language.”

The Death of Historical Accuracy In case you haven’t heard, there is a new “conservative” film out; it is titled “Death of a Nation: Can We Save America a Second Time?”

It’s director and screenwriter is Dinesh D’Souza, the somewhat pompous, word-measuring figure who occasionally shows up on Fox to talk in pious tones about “conservatism.” He is the movie producer who, by his own admission, has done as much as anyone to shape (in an almost ahistorical manner) perceptions about American history and the Founding Principles that have supposedly guided this country.  And, in his latest cinematic adventure he stunningly compares the “triumph of America and its values” under that “great president and martyr” Abraham Lincoln to the crisis facing President Donald Trump. Like Lincoln, Trump is saving America “for a second time.”

Here is the film’s official blurb from D’Souza’s web site:


More @ The Abbeville Institute
Posted by Brock Townsend at Monday, August 06, 2018 8 comments: Links to this post

The Genocidal Assault on Nigeria's Christians: Where's the international outrage?

With the election of President Trump and the reported rise of nationalist parties across the Western world, leftists in America and beyond are having a blast self-styling as “resistors” to “fascism.”

They are outraged explicitly over the so-called “Islamophobia” of the President’s “travel ban.”

Yet the perpetually indignant, unsurprisingly, are utterly silent regarding the massive slaughter and persecution by Muslims of Christians throughout Africa, the Middle East, and Asia.

For example, how many people know that just last month, over a span of four days, militant Islamic Fulani herdsmen embarked on a killing spree that reduced a dozen Nigerian villages to dust and claimed the lives of at least 200 Christian men, women, and children?


More @ Front Page
Posted by Brock Townsend at Monday, August 06, 2018 No comments: Links to this post 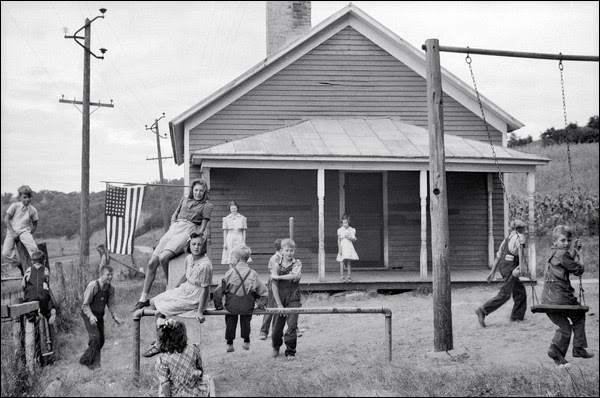 Not much information with this one. One room schoolhouses were typical in rural America through the 1940s. This one looks well equipped.

Your News Wire - Police Bust Massive Pedophile Ring At Children’s Hospital ... children have been raped and tortured at the hospital since the 1960’s

The first sentence says, "Almost 2,400 North Carolina elementary school teachers have failed ..." So, thousands, not hundreds. The article goes on to say, "The problem may lie with the exams rather than the educators." Yeah. Right. College degreed "educators" who can't do high school math. No problem.

Owning libs, Town Hall - There are few things you can do without first buying someone dinner or opening up a bottle that provide the pure, unadulterated pleasure of breaking the will of some puffed-up liberal nimrod on social media with a clever, cutting, caustic takedown. They make it easy by being pompous, and their wits have grown flabby and weak from being cloistered in the safe spaces of the media and academia where they never, ever have to face someone who thinks they and their ridiculous dogma are full of it. Owning the libs is a rejection of their dominance and an assertion of our own. It is a way of not only saying, “We will not submit,” but of demonstrating that refusal to others.

AR15 quality, Survivalist Blog - Some may even be cheaply made by another manufacturer and then branded for the seller. You must know exactly what you are paying for in a rifle, and this guide will help you be an informed purchaser. There are consistent, standard practices and materials that go into making high quality rifles that we will discuss below. It is not necessarily simple, or easy, but they are understood. The majority of manufacturers turning out good AR’s adhere to or exceed most of these standards. This guide is written with the focus being on defensive- or duty-grade rifles. This means a gun that you can expect to function reliably under harsh inclement conditions and a heavy firing schedule.
Posted by Brock Townsend at Monday, August 06, 2018 2 comments: Links to this post

ANTIFA LEFTISTS Beat Sikh Man and Republican Hanging GOP Campaign Signs – Tell Him to “Go Back to Your Country!”

Posted by Brock Townsend at Monday, August 06, 2018 7 comments: Links to this post

Elizabeth Heng, who is running for California’s 16th congressional district seat, made the video about her parent’s escape from mass-murder by the Khmer Rouge communists in the 1970s.

However, according to the Christian Post, Facebook deemed the video to be “shocking, disrespectful or sensational,” and refused to allow her to run the video as an ad on the platform.

“It is unbelievable that Facebook could have such blatant disregard for the history that so many people, including my own parents, have lived through,” declared Heng in a statement. “I’m sure it is shocking for some people to hear about this kind of injustice, but this is reality. This is why I wake up every single day with the fight and determination to have a voice and make a difference in my community.”

More @ Breitbart
Posted by Brock Townsend at Monday, August 06, 2018 No comments: Links to this post 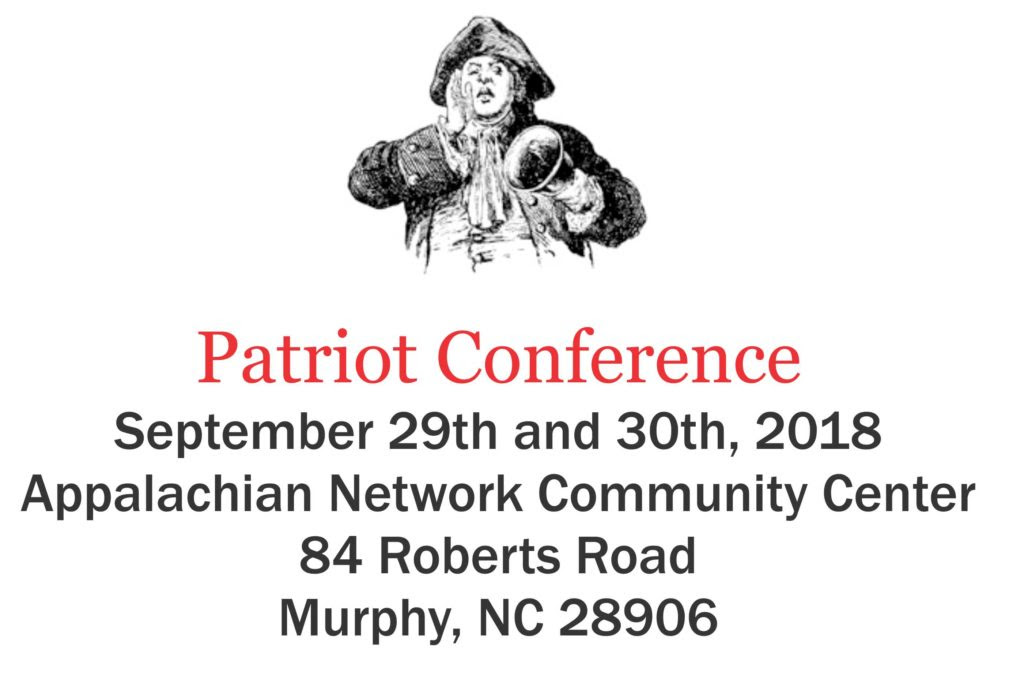 More @ NC Renegade
Posted by Brock Townsend at Monday, August 06, 2018 No comments: Links to this post

Paul Sperry @paulsperry_
Look this month for POTUS to declassify ...

After months of dribbling out incomplete document requests made by frustrated GOP lawmakers, President Trump may be about to override Deputy Attorney General Rod Rosenstein and use his presidential authority to declassify several caches of information related to the DOJ/FBI's ongoing Trump-Russia counterintelligence operation, according to former IBD Bureau Chief Paul Sperry.

Sperry tweeted on Sunday that President Trump may declassify: 20 redacted pages of a June, 2017 FISA renewal, "and possibly" 63 pages of emails and notes between "Ohr & Steele," and FD-302 summaries of 12 interviews - In reference to twice-demoted DOJ official Bruce Ohr and/or his wife Nellie, both of whom were working with opposition research firm Fusion GPS to investigate Trump.


More @ Zero Hedge
Posted by Brock Townsend at Monday, August 06, 2018 No comments: Links to this post 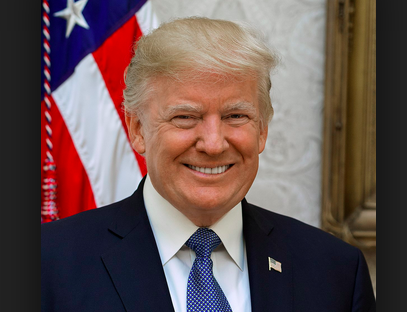 Via comment by  Average Joe  on Unspeakable Crime: The Killing of Jessica Chamber...


OK, so let’s create a level playing field here. I have not even heard of this on CBS, ABC, NBC or any of the cable news services, even FOX NEWS. OR in any of the Newsrags or other publications. Read this and weep.

Bet you $20 you did not hear this on the national news.

The animals pictured below car-jacked, then raped Christopher Newsom, cut off his penis, then set him on fire and fatally shot him several times while they forced his girlfriend, Channon Christian, to watch. An even more cruel fate awaited her!

Channon Christian, was beaten and gang-raped in many ways for four days by all of them, while they took turns urinating on her. Then they cut off her breast and put chemicals in her and then murdered her.

Via comment by Anonymous  on Was Venezuela 'drone attack' faked?

Posted by Brock Townsend at Monday, August 06, 2018 No comments: Links to this post

Liberal Tech Giants Facebook, Twitter, Google-YouTube and Wikipedia have all stepped up their harassment of conservative publishers since the 2016 election.

More @ The Gateway Pundit
Posted by Brock Townsend at Monday, August 06, 2018 2 comments: Links to this post

Ruger Supressed 10/22 – Quiet as Death Himself


Few things in life can match the unbridled joy of a 10/22, a brick of shells, and nothing to do. In fact, there is very little you can do to improve upon that situation. On that short list though, is add a suppressor. And Ruger has now made that easier and better than ever.

Suppressors don’t make every gun more fun. They make pistols heavier and less reliable. They make centerfire guns mostly tolerable, and dirtier. But a 22 rifle? Be serious. It is all the fun of a plinker with none of the noise, and especially in summer, no need for hearing protection. As a former soldier, I have spent more than my fair share of days with sweat pooling in the ear cups of my Peltors.
Or the alternative, an equally sweaty earplug, and shouting “ What?” every other sentence at your shooting partner. As the summer sun comes around, I go out of my way to avoid shooting past the morning hours. Unless I have something like the setup I used today.