Hannah Graham is straight-A, a second year University of Virginia student who has been missing since September 13th,2014.

Typically, at this stage of the game it isn’t looking good for Hannah. Her parents, as you can imagine, are beyond crushed.

As of yesterday, the police have issued a search warrant for Jesse Matthew, who cops think was the last person to see Hannah Graham before she vanished.

Last weekend Mr. & Mrs. Graham held a press conference thanking law enforcement and volunteers for their search efforts and letting folks know that this is a ‘parents worse nightmare’ and that ‘it could happen’ to others as well.

If you're looking for a good man, get a country boy


Big Daddy Wilson was born less than 50 years ago in a small town called *Edenton, North Carolina. The population of Edenton counts less than 6000,  55% African Americans, 25% below the poverty line. “We were very poor but I had a very beautiful childhood“, Wilson remembers. “Me and my sisters were raised by Mom and Grandma. We lived a simple life, we went to church every Sunday, school on weekdays. I also worked back then on the tobacco plantation and in the cotton fields, I was a real country boy.“ Wilson sang in church but he never thought about going on stage. “I was extremely shy.“ His guardians meant well for the fatherless boy and they often sent him to church also during the week. “That won´t hurt him, keeps little Wilson away from drugs and off the streets.“

*Which my mother called the most beautiful town in the country.
Posted by Brock Townsend at Wednesday, September 24, 2014 2 comments:

I made it home & Devil Baby Attack

Democrats Push Gun Control Because 'They're Afraid Of Getting Shot And They Ought To Be!'


Klingenschmitt asked Pratt why wealthy activists like Bill Gates and Michael Bloomberg are willing to spend large amounts of money in supporting gun control measures when, according to Klingenschmitt, doing so only hurts Democrats at the polls.

Pratt said that Democrats in general support gun control because they are socialist "control freaks" who know that if they are ever going to be able to control every aspect of the lives of America citizens, they first need to take away all of their guns.

And those guns first need to be taken away, Pratt said, because Democrats are fully aware that their efforts to exert total control will result in them getting shot.

Lincoln Was A Douche

It remains the largest mass hanging in US history.
Posted by Brock Townsend at Wednesday, September 24, 2014 4 comments: 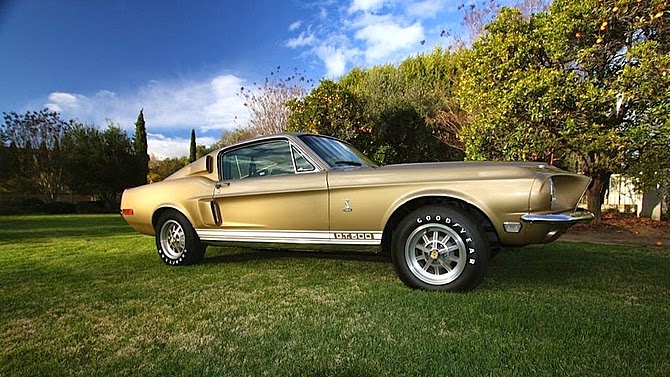 Stunning and rare, this 1968 Shelby GT500 Fastback coupe is one of 41 produced with the combination of Sunlit Gold paint and Saddle interior. A beautiful rotisserie restoration, it is powered by a 428/360 HP 4V Police Interceptor engine equipped with a 715 CFM 4-barrel carburetor and aluminum intake manifold.

Ronald Ritchie allegedly exaggerated the details of what he witnessed in a 911 call, where he apparently suggested that a man with an assault rifle was a threat walking around a Beavercreek, Ohio Walmart. Two Beavercreek police officers showed up and shot the man—who was holding a BB gun sold by the store—almost immediately.

It appears possible that John Crawford III was shot without realizing that police were even there.
Now it appears that no one will face charges for his death, in what appears to be a gross miscarriage of justice.

How To Destroy Your Credibility (PA State Cops)

Someone got the best of you.  He shot two of your guys and you can't find him.  This*****es you off (as it would anyone else if their friend or relative had been targeted.)  The difference is that "anyone else" doesn't get this sort of response -- ever -- from the police.

Nonetheless that you're*****ed off does not provide legal or moral cover to suspend the entire Constitution, including everyone's right to quiet enjoyment of their own private property, because you're incapable of dealing with one nutcase.

US Aggression Drags World into Age of Global Anarchy 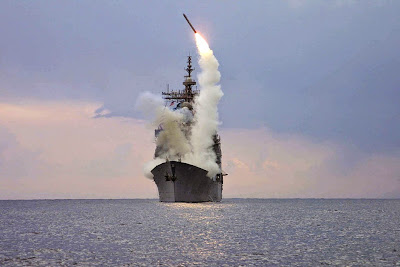 After years of condemning the Syrian government's war against extremists at the cost of the civilian population, the US began launching air and missile strikes against "extremists" at the cost of Syria's civilian population. Mind-bending hypocrisy and the utter circumvention of the very "international law" the US claims to be chief arbiter over marks a dangerous leap toward global anarchy.

Without a UN mandate or even a cohesive narrative, the United States and its regional allies have begun unilaterally bombing targets in Syria. Together with Turkey, Jordan, Saudi Arabia, and Qatar - the very sponsors of extremists groups fighting inside of Syria, including the Islamic State, its offshoot al Nusra, and other Al Qaeda aligned factions - the US has opened a new chapter on global anarchy.

A trio of armed thugs wearing hoodies thought that they held the advantage over the lone clerk behind the counter when they tried to rob this Canton, Ohio, gas station last night, but they didn’t count on him being ready for them:

One man is still on the loose after an attempted robbery at a Canton gas station that led to a firefight, killing two.

Police said three men tried to rob the store, shooting the clerk in the legs. The clerk returned fire, killing two of the three would-be robbers.

The "N" Word Unbleeped, All in the Family/ George Jefferson

Posted by Brock Townsend at Wednesday, September 24, 2014 No comments:

A Woman Did WHAT?! With the Secret Service

Should a vagina be running the U.S. Secret Service? The performance of the first chick in charge of the agency indicates, um, no.

Last year, Hollywood put out two movies with the same plot involving terrorists getting into the White House–“Olympus Has Fallen” (read my review) and “White House Down” (read my review). In both of my reviews, I said, “that would never happen in real life.” Well, now, it has with two serious breaches of White House security, last week, one of which involved a man with a serrated knife who made it all the way to the White House doors without a sniper taking him down. What if he had been a homicide bomber and pressed the button or pulled the cord? It would all be over.