What if We Listened to the Southern Founders? Mel Bradford’s outstanding tome A Better Guide Than Reason lifted that phrase from a speech John Dickinson made during the Philadelphia Convention in 1787. Dickinson worried that the delegates to what we now call the “Constitutional Convention” were insistent on crafting a document that would reinvent the government of the United States, something James Madison proposed with his now famous “Virginia Plan.” Dickinson cautioned against this course of action. He thought any new constitution should not be the best document the delegates to the Convention could imagine, but should instead be the best document that the States would accept, meaning one that relied on the customary and familiar traditions of the American experience. These were the time tested maxims of government, society, and law.

This August 1787 speech, more than Alexander Hamilton’s troubling exposition in June 1787 on the potential beauty of a soft monarchy, set the tone for the rest of the Convention. Other members of the founding generation echoed Dickinson, both during the Convention and in the State ratification debates, but Dickinson said it best.


More @ The Abbeville Institute
Posted by Brock Townsend at Wednesday, October 10, 2018 No comments:

Well, it seems as if Bill Clinton’s better (or more vindictive) half is calling for less civility in politics. Is anyone even surprised? When was she ever civil to her adversaries? She labeled those who dared to vote against her vaunted presidency as “deplorables.” And in very typical cultural Marxist style, she continues to accuse them of what she and her socialist Democrat friends routinely do. It’s alright for her but not for her adversaries.

“Madame President” has been quoted as saying “You cannot be civil with a political party that wants to destroy what you stand for, what you care about.” So what does she spend her time trying to do to her adversaries but the exact thing she is accusing them of? But after all, isn’t she entitled to do that to us? If she isn’t, well, she should be. And aren’t her adversaries then entitled to return the favor? Oh no–no way. The game doesn’t work that way.


As we reported earlier today Rod Rosenstein is one of the most conflicted and corrupt officials in US history.


According to multiple reports, Deputy Attorney General Rosenstein has given a verbal resignation to Chief of Staff John Kelly following an explosive NYT report he wanted to wear a wire and oust Trump from office.

Last week, Freedom Caucus Chairman Mark Meadows (R-NC), who previously filed articles of impeachment against Rosenstein, called for the Deputy Attorney General to appear before Congress under oath this week.


More @ The Gateway Pundit
Posted by Brock Townsend at Wednesday, October 10, 2018 No comments:

Vietnamese and American veteran pilots, who were once enemies of each other in the air during the anti-US war, reunited in Hanoi on October 3 for the third time. 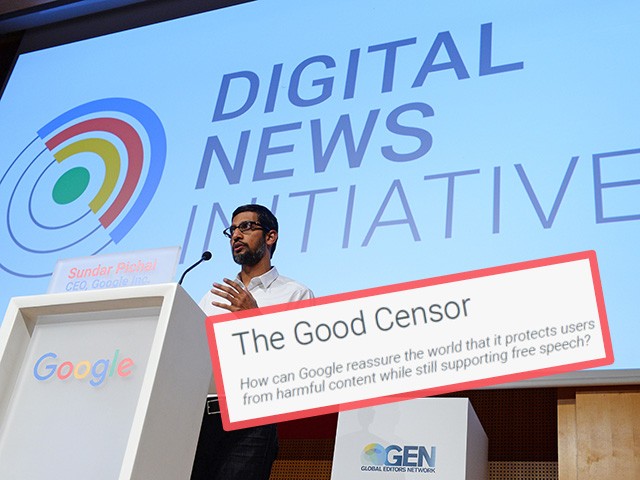 An internal company briefing produced by Google and leaked exclusively to Breitbart News argues that due to a variety of factors, including the election of President Trump, the “American tradition” of free speech on the internet is no longer viable.

Despite leaked video footage showing top executives declaring their intention to ensure that the rise of Trump and the populist movement is just a “blip” in history, Google has repeatedly denied that the political bias of its employees filter into its products.

But the 85-page briefing, titled “The Good Censor,” admits that Google and other tech platforms now “control the majority of online conversations” and have undertaken a “shift towards censorship” in response to unwelcome political events around the world.

Senator Collins of Maine said she believed that Dr. Christine Blasey Ford experienced something traumatic, just not at the hands of Mr. Kavanaugh. I believe Senator Collins said that to placate the #Metoo mob, not because she actually believed it. I believe Christine Blasey Ford was lying, through and through, in her injured little girl voice, like a bad imitation of Truman Capote.

I believe that the Christine Blasey Ford gambit was an extension of the sinister activities underway since early 2016 in the Department of Justice and the FBI to un-do the last presidential election, and that the real and truthful story about these seditious monkeyshines is going to blow wide open.

It turns out that the Deep State is a small world. Did you know that the lawyer sitting next to Dr. Ford in the Senate hearings, one Michael Bromwich, is also an attorney for Andrew McCabe, the former FBI Deputy Director fired for lying to investigators from his own agency and currently singing to a grand jury? What a coincidence. Out of all the lawyers in the most lawyer-infested corner of the USA, she just happened to hook up with him.

Well-known conservative columnist and author Rod Dreher reacts to shocking video which emerged on Monday showing masked Antifa members taking over an entire busy intersection and claiming the authority to direct traffic in an American city.


Notice that these thugs include white people using racist anti-white language to order drivers to do as they say.
Is this America? Is this routine in Portland? Why are the Portland police not arresting these people? This video captures the faces of some of them. Arrest them. Jail them.


And yet the Portland resident and journalist, Andy Ngo, who first posted the now viral video says "This is the type of street anarchy that routinely happens where I live."

Via Ryan "Seriously if some whiny liberal hipster wants to gripe about a building being named after "George Washington" and "Robert E. Lee" then he might find somewhere else to attend college other than Washington and Lee University in Lexington, Virginia."

Washington and Lee University has decided to make changes to the names of some campus buildings after concerns from students and faculty.

On Tuesday, the Board of Trustees announced that it will rename Robinson Hall as Chavis Hall, in honor of John Chavis, the first African-American to receive a college education in the United States.

He graduated from Washington Academy, the predecessor of W&L, in 1799. Also, Lee-Jackson House will be renamed Simpson Hall in honor of Pamela Hemenway Simpson, who served as an associate dean of the college and helped move to a co-ed environment in the 1980s.