How novel, teaching our Marxist nation Civics as I was so instructed.:)

Posted by Brock Townsend at Sunday, September 30, 2012 No comments: 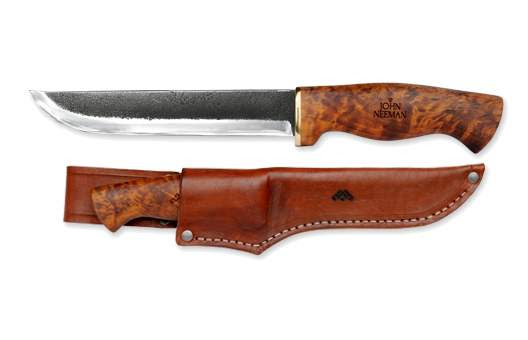 Extraordinary: The Birth Of A Tool. Part 1. Axe Making

This is a short documentary movie that shows the whole process of how the John Neeman tools are being hand crafted.

"It is a tragedy of the first magnitude that millions of people have ceased to use their hands as hands. Nature has bestowed upon us this great gift which is our hands. If the craze for machinery methods continues, it is highly likely that a time will come when we shall be so incapacitated and weak that we shall begin to curse ourselves for having forgotten the use of the living machines given to us by God."
--Mahathma Ghandi


The Birth Of A Tool. Part 2. Chisel Making

This is the last part of a short documentary movie that shows the whole process of how the John Neeman tools are being hand crafted.
Posted by Brock Townsend at Sunday, September 30, 2012 No comments:

As climatologists worry about the effects of global warming, Antarctica has quietly set a new record for the greatest sea ice extent ever measured at either pole, according to various sources.

“NSIDC (National Snow and Ice Data Center) seems disinterested in their own data, choosing instead to write stories about Penguins being threatened by declining Antarctic sea ice,” states the web site Real Science. “If current trends continue, the earth will be completely covered with ice much faster than the climate models predicted.”

“Anyone wonder why NOAA isn’t making a fuss about this?” adds the website Sunshine Hours.

Steve Goreham, executive director of the Climate Science Coalition of America and author of the new book “The Mad, Mad, Mad World of Climatism: Mankind and Climate Change Mania” argued that the finding appears to challenge the theory of climatism, or a belief that man-made greenhouse gases are destroying earth’s climate.

“The climate models underestimated the decline in Arctic ice, but they are confounded by the growth in Antarctic ice," he explained.

Yup, who would have thunk'? 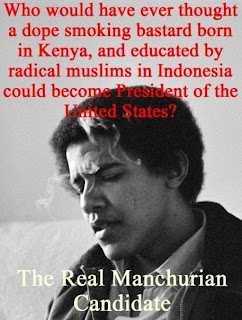 Pat Caddell Says: Media Have Become an "Enemy of the American people"

In recent remarks to an AIM conference, "ObamaNation: A Day of Truth," former Democratic pollster and analyst Pat Caddell said, "I think we're at the most dangerous time in our political history in terms of the balance of power in the role that the media plays in whether or not we maintain a free democracy." Caddell noted that while First Amendment protections were originally provided to the press so they would protect the liberty and freedom of the public from "organized governmental power," they had clearly relinquished the role of impartial news providers.

Nowhere was this more evident than during the tragic death of a U.S. ambassador in Libya that was lied about for nine days, because the press and the administration did not want to admit it was a terrorist attack.

"We've had nine days of lies over what happened because they can't dare say it's a terrorist attack, and the press won't push this," said Caddell. "Yesterday there was not a single piece in The New York Times over the question of Libya. Twenty American embassies, yesterday, are under attack. None of that is on the national news. None of it is being pressed in the papers."

Caddell added that it is one thing for the news to have a biased view, but "It is another thing to specifically decide that you will not tell the American people information they have a right to know."

Mike Scruggs
At President Obama’s September 25 address to the United Nations, he made a statement, which without doubt, pleased the leaders of its 56 predominantly Muslim member nations. But it justified alarm among Christians who are knowledgeable of both Islam’s doctrinal ideology and their own Biblical faith. The President strongly asserted that:

"The future must not belong to those who slander the Prophet of Islam."

This is a far more serious statement than many people realize. Any criticism, slighting, or subordination of Muhammad or Islam is considered blasphemy in Islamic doctrine and Sharia Law, even punishable by death. One of the major tenets of Biblically based Christianity is that salvation is through Christ Alone.  John 14: 6 states, "I am the way, the truth, and the life. No one comes to the Father except through me." (ESV)  Christianity and Islam thereby stand in direct contradiction. Quoting any Bible verse or stating any doctrine touching salvation through Jesus is thus "slander" against Islam. In fact, any failure to acknowledge and submit to Muhammad as Allah's Prophet is considered slander.

Obama then went on smoozing the UN and the U.S. press about tolerance and free speech. However, if you are familiar with Obama's attempts to take Christ and the Bible out of military hospitals, restrict military chaplains from praying in Christ's name, and other actions marginalizing Christianity and its symbols, you know this is pure hypocrisy. Since last December, on Obama's behalf, Secretary of State Hillary Clinton has been working with the 56-member nation Organization for Islamic Cooperation (OIC) on ways to enforce a United Nations resolution against "Islamophobia" (proven by any criticism of Islam) in the United States and other Western nations. Under this resolution, "Islamophobia" would be a hate crime.  So while Obama is smoozing everybody about free speech and tolerance, behind the curtains, he is working on marginalizing Christianity by making Christian speech a hate crime against Islam.

"I will stand with the Muslims should the political winds shift in an ugly direction."

Yet in the body of his speech, Obama refers to himself as a Christian: "Like me, the majority of Americans are Christian."  On this, I can only quote Matthew 7:16:

"You will recognize them by their fruits. Are grapes gathered from thorn bushes or figs from thistles?"

One of the more flagrant demonstrations of anti-Christian Obama policy was a new set of guidelines issued for friends and family visiting sick and wounded soldiers at Walter Reed Military Hospital in December 2011. Those Navy Department guidelines stated, “No religious items (i.e. Bibles, reading material, and/or artifacts are allowed to be given away or used during a visit.” Following sharp criticism from Republicans in Congress, the guidelines are now being revised, but Christianity has continued to be under siege by the Obama administration.

During his 2008 campaign, Obama described conservatives as "clinging to guns or religion." More recently, there was the National Democrat Party Convention. Not only did the delegates boo at the thought of putting God back into their platform, they rejected the welcome gifts of approximately 100 Charlotte area churches because those churches were pro-life. Abortion on demand has become a litmus test of Democrat Party ideology and loyalty. Only the impending election has slowed the Obama administration from tightening the noose around Christianity and free speech.

Seven times in his speech, Obama blamed Muslim unrest and the recent murder of the American Ambassador to Libya and three other American Embassy personnel on an amateur video critical of Muhammad and Islam. Yet few people in any country had ever seen this video, and it became immediately evident that the September 11 attack on the embassy was a premeditated Islamic terrorist attack by Al Qaida agents, who probably selected the attack date to coincide with the eleventh anniversary of the 9-11.  Having little regard for the real truth, however, Obama tried to attribute the attacks to the broader issue of “Islamophobia,” a propaganda term developed by the Muslim Brotherhood to suppress free speech about the violence, persecution, and genocide perpetrated in the name of Islam.

Obama’s foreign policy regarding Egypt has resulted in Muslim Brotherhood control and a grave danger to Israel’s security. Since then, the Coptic Christian minority—between 10 to 15 percent of Egypt’s 81 million people—has come under violent persecution and property confiscations resulting in widespread Christian exodus.

I do not believe Barack Obama is a full-fledged Muslim, but he strongly favors Islam over any orthodox or solidly Biblical form of Christianity. During the formative days of his youth, his worldview was more strongly shaped by Frank Marshall Davis, a Communist Party USA propagandist. Jeremiah Wright ‘s heretical Black Liberation Theology is also thoroughly leftist. A central tenet of Communist and all Marxist ideology is that the influence of Christianity must be removed before an all-powerful socialist state can gain and retain power.

Obama’s religious agenda is a mixture of Marxist and Islamic influence. Both are totalitarian and strongly anti-Christian ideologies. His “transformational change” of American society includes marginalizing Biblical teachings and worldviews. A tree is known by its fruit.

In the Welsh patriotic anthem, "Men of Harlech," there is a verse that is appropriate here:

We've almost made it! Art Robinson for Congress

Along with the personal endorsement, Ron Paul’s Liberty PAC sent a $5,000 check to the campaign as a token of support for Art’s high profile campaign.

So far $99,850 has been raised. Please click here to pitch-in whatever you can today!

Posted by Brock Townsend at Sunday, September 30, 2012 No comments: