Attorney General William Barr disputed many claims made by the mainstream media about last week’s riots during an interview on Sunday, saying that the media has been telling the American public “big lies” about what is going on at the allegedly peaceful protests, and that there have been “750 officers hurt in the last week.”

“On Monday, Lafayette Park was cleared of protesters,” CBS News host Margaret Brennan said. “The federal agents who were there report up to you. Did you think it was appropriate for them to use smoke bombs, tear gas, pepper balls, projectiles at what appeared to be peaceful protesters?”

Comments from 4Branch on the Future 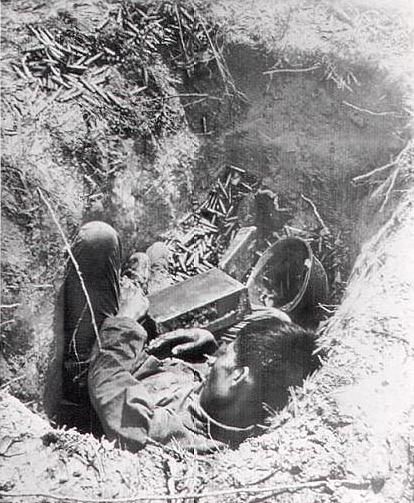 I expect suicide vests to be deployed here, car bombs as well.  IED's,  RPG's,  the whole gamut.  They have a hundred years of Communist experience and practice behind them.  They will find people to carry out such tactics.  I believe we'll see moto shooters and bombers, and I believe we'll see Chemical and Biological attacks on water supplies, food supplies, medical supplies, etc.  Most of you are not old enough to remember the murderous Communist violence in a hundred places in the last century . . . but I am, and do.

Expect attacks on Churches, schools, clubs, restaurants, theatres, stores, busses and subways.  Cultural attacks are already underway with the assault on Confederate monuments and memory.  The days of leaving the unit unguarded while you check out a scene are over.  Ambushes, decoy calls, are coming.  They will ramp up their sowing mistrust among Police and troops.

We will end up as South Africa did, as South Vietnam did, with loyal troops of minority peoples, but lose anyway.  You'll see the Guard disarmed and effectively 'stood down'.  Already plans to disband the Police are moving forward.  They'll set up their own 'Militia' for routine duties and you'll see Political Police established to handle the 'disinfection' of the population.  By then,
you will have become 'Enemies of the State', Traitors, Wreckers, and you will be eliminated.

Know this too, if you manage to suppress this insurgency, this revolution; it will only be temporary.  Communists never go away,  it may take another generation but the bastards are like roaches.  They survive.


George Floyd was a worthless PoS meth/coke head and petty criminal.  He died of probable overdose from the slug a' drug he swallowed when confronted by Police.  All that said, the actions of Officer Chauvin demand investigation and resolution.

The question of Chauvin's OWN criminal record needs exploration and explanation.  How does a guy with SEVEN convictions get hired as a Police Officer?

Floyd's lack of worth in society has not prevented him being lionized as some sort of martyr, a saint to be.  But, friends and neighbors, I ask . . . what about Pat Underwood, or Captain Dorn, both good guys killed by 'their own people'.  Nobody's marching, or throwing bombs in honor of those guys.  Why not?  I think we know why not.

I think we know, too, that the riots and ruin have nothing to do with Floyd.  Not a one of the pukes setting fires or robbing a Black business gives a damn about Floyd.  They have License and they're using it.

A life ago, we caught a 16' shark, a Great White, in Guantanamo Bay, Cuba.  He hung, out of the water for several hours before we were ordered to "get rid of that damned fish!"  We cut him loose and he dropped deep into the clear water,nrecovering as he swam slowly away.  He hadn't gone fifty feet when his fellows swarmed him and tore him fin from gill.

Devoured by his own kind.  Nature is savage.

I have warned for years that we have in this country a class of people, savage and wild in their nature.  We see yet again, the truth of my assertion.  There's no redeeming the shark, no 'dialogue' possible with the Piranha, Alligator, or Boa.  No cosseting of the Copperhead, Cobra, or Constrictor will change his savage nature.  Know the lesson and accept it.

And know too, that no entity exists, no organization responsible, for your protection.  But yourself.
Posted by Brock Townsend at Sunday, June 07, 2020 25 comments:

CRAVEN COUNTY BATTLEFIELD PRESERVATION ASSOCATION " Protecting our Past and Future

As everyone knows over the last two weeks protest have lead to destruction and threats of Confederate Monuments all throughout the country and even Revolutionary War Monuments. I was told today even Post "War Between the States" sites and monuments are being targeted. We at the CCBPA have a Zero tolerance policy on this and will ensure that every site and monument we can is protected weather it be Confederate or Union Monuments. When we are seeing Graves being destroyed this is also to the utmost disrespect. In Richmond, VA the Governor is calling for Confederate General Robert E. Lee's Monument that has stood since the late 1800's to be removed. This is a slap in the face to all Americans. The removal of any historical monument is unacceptable.

If you observe, hear or have proof by camera of any vandalism please call the Craven County Sheriff's Department or call me and I will handle matters as well.

It is satisfying to know for the Batcheldor's Creek area the Sheriff's Department is not to far down the road. Be expecting June's newsletter within the next week.
Posted by Brock Townsend at Sunday, June 07, 2020 4 comments:

The great threat to America


Whether Trump wins or loses in November, the radicalization of white progressives at the heart of the mayhem represents the greatest threat to social cohesion in the United States.

Scattered among the thousands of cellphone videos depicting looting and destruction in the streets of America’s greatest cities are clips of a different sort. In these short videos, we see throngs of white people on their knees, bowing before black people and asking for forgiveness for their “white privilege” and the “structural racism” in the deplorable, irredeemable United States of America.