CBM: I Won't Be Around

Posted by Brock Townsend at Tuesday, July 15, 2014 2 comments: Links to this post

Thoughts on the Politicization of Absolutely Everything

People who disagree with your agenda are “attacking” you or “robbing” you.  How commonly do you hear dissent described in precisely those terms nowadays?

When the government controls everything, there is no constructive relief valve for all this pent-up tension.  It all boils down to a “historic” election once every couple of years, upon whose
outcome everything depends.  They’re all going to be “historic” elections from now on.  That’s not a good thing.   (link)


More @ Chicago Boyz
Posted by Brock Townsend at Tuesday, July 15, 2014 No comments: Links to this post

The Crisis Of Arrogance And Overreach Grows I recently posted a piece speculating that the, for all intents and purposes, deliberate flooding of the southern border with underage illegals was going to be the president's metaphorical "A Bridge to Far".  Since then the backlash against the administration's massive spending and diversion of resources for illegals has only grown.

Just because the MSM isn't covering it doesn't mean it isn't there.  State govenors and local mayors are openly telling ICE and Homeland Securiy  "Don't you dare dump them here".  Even citizens in towns in the bluest of blue states like Maryland, California and New York are coming out and blocking buss loads of aliens and forcing them to turn back.  A story just emerged that officers of the Border Patrol threatened to walk off the job if the Feds brought in Riot police to prevent protesters from blocking busses in Murrieta California.

The reasons are as obvious as the nose on you face and are just as I predicted they would be.  It has nothing to do with racial animus or lack of compassion. It has everything to do with TAXPAYERS being tired of seeing their schools flooded with illegals, tired of seeing their local hospitals emergency services flooded with freeloaders and in may cases seeing them closed down because they can't afford to provide free services to people here illegally and maintain all the other things hospitals need to do on a daily basis.

According to the report, he wanted “to rally the troops” on her nutrition standards.

But Kass won’t be rallying anyone. You see, the association turned him away.

“Everybody is feeling a little bit stretched and stressed by what they’re facing,” she continued, citing a plethora of policy memos and regulations.


It seems the association believes the approximately 6,500 school nutrition professionals who will be in attendance aren’t interested in hearing the Obama administration’s propaganda.

“We didn’t feel [our members] wanted to hear the rallying call”, said Montague. “We felt it was best he not come.”

Woman Takes Carjacker's Gun, Shoots Him with It

On July 12 an Atlanta woman took away a carjacker's gun and shot him while he was "biting and grabbing her."

According to Opposing Views, the woman got into her car and looked up to see suspect Sebastian Fontana walking toward her "with a gun." She locked the doors, but Fontana pointed the gun and told her to let him in.


She did so, and he said, "Now we're going to have some fun."
Before Fontana could do anything, however, he became "frustrated" that the car was manual instead of automatic and put down his gun to figure out how to operate the stick shift. At that point the woman grabbed the gun and tried to exit the vehicle while the suspect bit and grabbed her.

She then shot him so "she could get away."


More with video @ Breitbart
Posted by Brock Townsend at Tuesday, July 15, 2014 2 comments: Links to this post

The Wizard of the Saddle 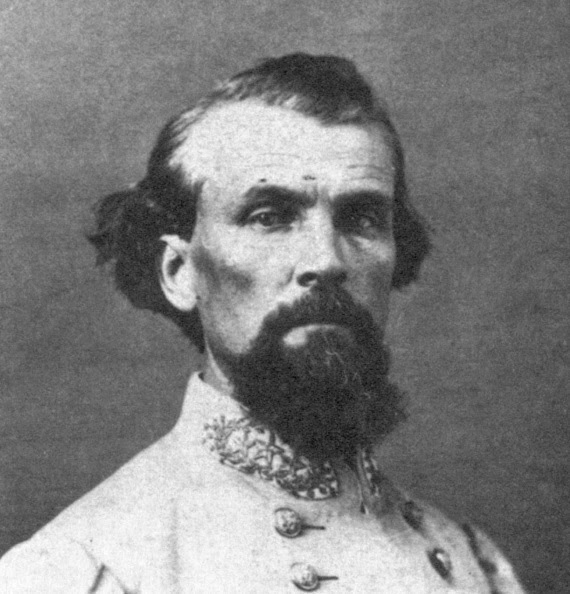 One of the greatest men in American history was born on this date (July 13) in 1821 near the town of Chapel Hill, Tennessee, then known as Bledsoe’s Lick.

It is said that a few years after the great American war of 1861—1865 an Englishman asked General R.E. Lee who was the greatest soldier produced by the war. Lee answered readily: “A gentleman in Tennessee whom I have never met. His name is Forrest.”


More @ The Abbeville Institute
Posted by Brock Townsend at Tuesday, July 15, 2014 8 comments: Links to this post

On Tuesday’s broadcast of Armed Forces Radio Talk’s “Sandy Rios in the Morning,” Breitbart News’ Matthew Boyle said that evidence of “8,300 vote irregularities” has been discovered by Chris McDaniel’s campaign in its challenge to Sen. Thad Cochran’s (R-MS) primary victory over McDaniel.

Posted by Brock Townsend at Tuesday, July 15, 2014 4 comments: Links to this post

Poll: What would you consider a Confederate Flag license plate to be? 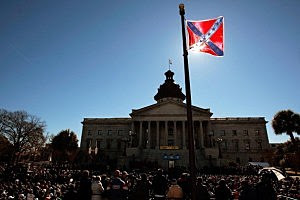 Posted by Brock Townsend at Tuesday, July 15, 2014 No comments: Links to this post

I Was a Separatist Fighter in Ukraine

Artur Gasparyan, a 24-year-old native of Spitak, Armenia, was recruited in Moscow in May to fight in eastern Ukraine. Now back in the Russian capital, he spoke with Mumin Shakirov (see original in Russian here) in detail about his experiences.

You expressed interest in going to Ukraine on a forum on [the social network] Vkontakte after you read about the fire in the Odessa Trade Union Building, in which 42 pro-Moscow separatists died. What happened next?

About 10 guys showed up at a meeting somewhere near VDNKh [the All-Russian Exhibition Center in northern Moscow]. We spoke in the entrance arch of a residential building there. A Slavic man in civilian clothes who didn't give his name met with us.

First, he asked us whether we knew how to handle weapons. He warned us that we would be going to [the eastern Ukrainian city of] Slovyansk, that we were heading to certain death, that the punishment for looting was execution on the spot—which, by the way, I saw was true several times while I was in Ukraine. Two men immediately walked away.


More @ The Atlantic
Posted by Brock Townsend at Tuesday, July 15, 2014 No comments: Links to this post


Dated, but first for me.

Posted by Brock Townsend at Tuesday, July 15, 2014 No comments: Links to this post

Posted by Brock Townsend at Tuesday, July 15, 2014 3 comments: Links to this post

A guest at the Grand Hyatt in downtown San Antonio shot a man dead inside the four-star hotel Saturday afternoon.

San Antonio Police Chief William McManus said a man in his 40s told investigators he felt threatened when a younger man reportedly tried forcing his way into the room.


More @ WFAA
Posted by Brock Townsend at Tuesday, July 15, 2014 No comments: Links to this post 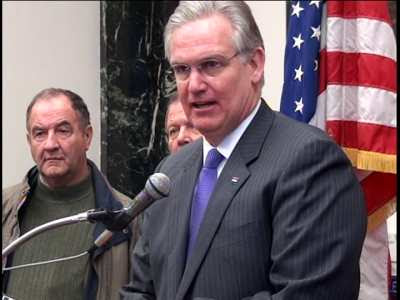 The veto by the Democratic governor sets up a potential showdown with the Republican-led Legislature, which could override Nixon if it gets a two-thirds vote of both chambers during a September session.


More @ Townhall
Posted by Brock Townsend at Tuesday, July 15, 2014 No comments: Links to this post

Rolling Stone spouts off: How to Beat the NRA In 7 (Not-So-Easy) Steps

The NRA remains one of the most formidable forces in American political life. But it is not bulletproof. Since the massacres in Aurora and Newtown, states from New York and Maryland to Colorado and California have made modest progress against the gun lobby, passing a raft of new laws aimed at reducing gun violence. There are sharp lessons to be learned from these victories, and even more important ones to be gleaned from the playbook of the NRA itself. The seven strategies below can empower gun-control advocates to stop bemoaning their helplessness, and start carrying the day. 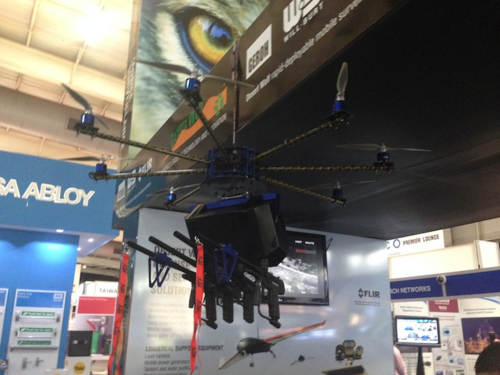 Israel just shot down a drone using a Patriot missile.  ROI on that "attack" was ~100 to one.  At $100 a drone, a solid strategy would be to launch them 24x7 to grief the air defense system.

More on how bots are changing warfare/defense.

"The Skunk is equipped with 4 high-capacity paint ball barrels releasing at up to 20 paint balls per second each, with 80 Pepper balls per second stopping any crowd in its tracks.  The current hopper capacity of 4000 balls and with a High Pressure Carbon Fiber Air system it allows for real stopping power. Bright strobe lights, Bright Eye Safe Lasers and with on-board speakers enables communication and warnings to the crowd."

>>Linux Rifle enables 1,000 yard bullseyes for everyone.  Good article over at Ars Technica on it.


More @ Global Guerrillas
Posted by Brock Townsend at Tuesday, July 15, 2014 No comments: Links to this post

Famous cheerleader for prez now says: 'He lied about everything'


In his new full-length documentary film, “There’s No Place Like Utopia,” Joel Gilbert found Peggy Joseph, the Florida voter who became infamous during the 2008 presidential campaign for saying Barack Obama would “pay for my gas and my mortgage.”

Surprisingly, some six years into the Obama presidency, Joseph has turned against the president, disappointed that he did not deliver on his “hope and change” campaign promises.

“Peggy reminded me of Dorothy from ‘The Wizard of Oz,’ who thought the magical wizard would solve all her problems,” Gilbert told WND in an interview.