"THEY ARE SHOWING US THEIR POWER"

I found this comment by "chuckie" submitted on a post over at IOTWREPORT. How many of us see this day to day and wonder when? when will we see justice? Then we wonder, "What if nothing happens?" When the new congress starts inJanuary it will be all out "get Trump"and the shitbags will  skate.. it's gonna be a long slog to 2020.......

A Vietnamese concentration camp after April 30, 1975

Posted by Brock Townsend at Thursday, December 20, 2018 No comments:

We the People of South Carolina….

William Plumer Jacobs (1842-1917), a native of Yorkville, South Carolina, was a Presbyterian minister and scholar whose entire life has been called “a singular consecration to work and service in behalf of his fellow men.” He is closely identified with the town of Clinton, where he pastored a church and founded the Thornwell Orphanage and the Presbyterian College of South Carolina. Prior to entering the ministry, Jacobs served as a reporter for several publications. In late 1860, he was in Charleston, where he attended the Secession Convention, and in his diary, he recorded a vivid account of what happened there on the 20th of December. After noting the spread of smallpox in Columbia and the moving of the Convention to Charleston, he wrote the following in an entry that began on Wednesday, December 19: 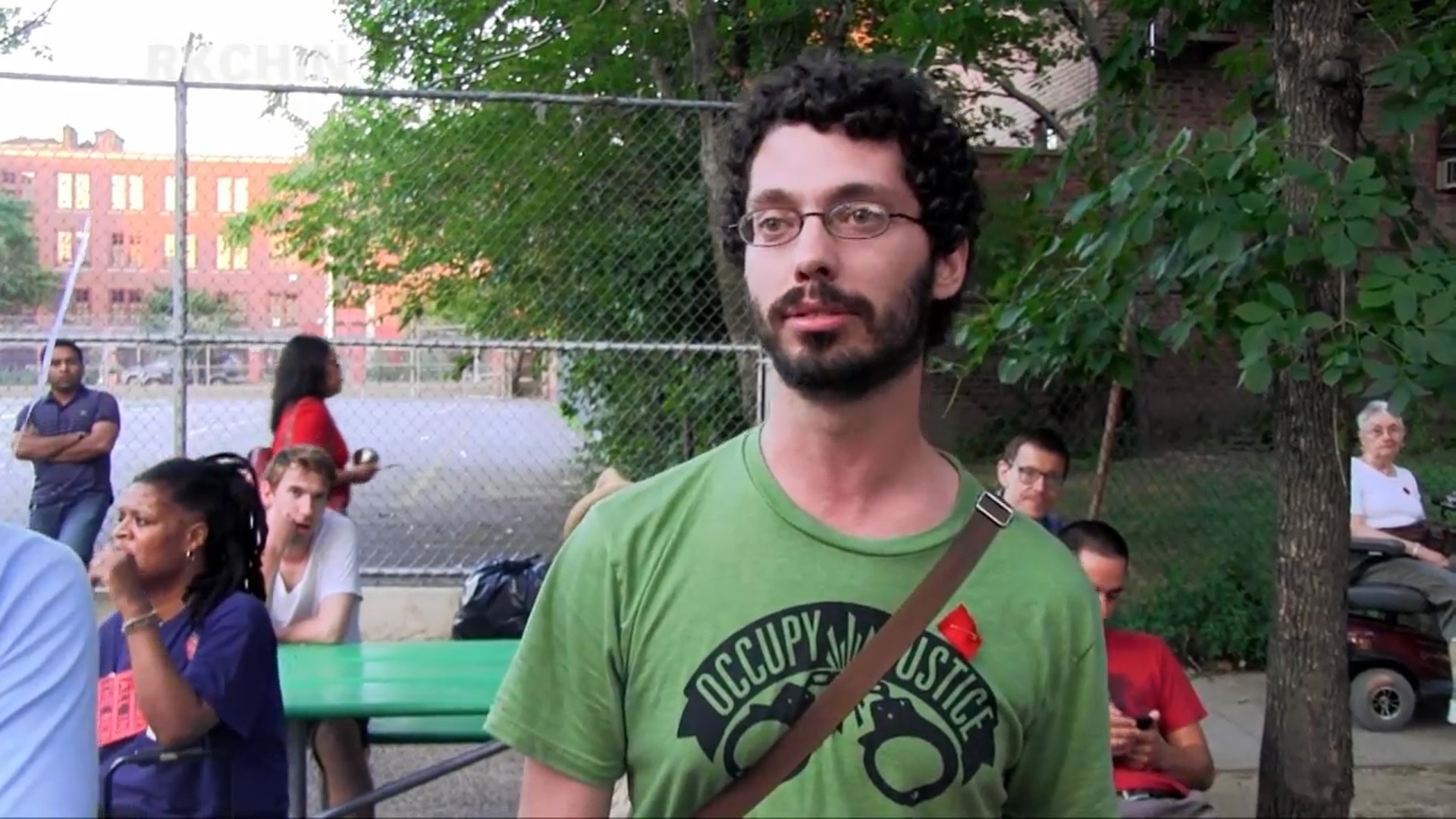 Editor’s note: The subject of this story is being identified because he’s pushed radical rhetoric and has advocated for politically-motivated violence from behind a mask. The Daily Caller News Foundation does not and will not publish truly private information such as home addresses.

The Daily Caller News Foundation has determined that an influential Antifa leader uses aliases to spread radical and often violent rhetoric while concealing his actual identity.

Joseph “Jose” Alcoff works with congressional Democrats as part of his day job as a manager with a DC-based advocacy group. But he spreads socialist and communist propaganda when going by the name “Jose Martin.”

Identifying as “Chepe,” Alcoff advocates for the violent overthrow of the government and for the murder of the rich. He has relished the mainstreaming of Antifa’s militant tactics in the Trump era.

A 2017 book identified Chepe as an organizer behind Smash Racism DC, the Antifa group that mobbed Fox News host Tucker Carlson’s home in November and ran Ted Cruz out of a restaurant in September.

We must do everything possible to advance an international order that is most conducive to our security, prosperity and values, and we are strengthened in this effort by the solidarity of our alliances.

I have been privileged to serve as our country's 26th Secretary of Defense which has allowed me to serve alongside our men and women of the Department in defense of our citizens and our ideals.

You don't have permission to access "http://www.foxnews.com/politics/defense-secretary-james-mattis-resignation-letter" on this server. Reference #18.b41fc917.1545351469.2ebd77c8


Central American migrants seeking asylum in the United States will be sent to Mexico while their cases are evaluated, the Department of Homeland Security announced Thursday.

“Today we are announcing historic measures to bring the illegal immigration crisis under control,” said DHS Secretary Kirstjen Nielsen in a statement. “Aliens trying to game the system to get into our country illegally will no longer be able to disappear into the United States, where many skip their court dates. Instead, they will wait for an immigration court decision while they are in Mexico." Conservative radio host Rush Limbaugh reports that he has received word from President Donald J. Trump that he will either receive money to fund the border wall, or shut the government down completely.
According to several reports, President Donald J. Trump will not sign spending legislation, which, at this point, does not include funding for a southern border wall, Trump’s main campaign issue.

“Paul Ryan says Trump ‘won’t sign this bill,’ referring to a Senate-passed stop-gap spending bill to avoid a shutdown by Feb. 8. Shutdown now appears far more likely. Trump had signaled to Hill earlier he would sign it,” according to CNN’s Manu Raju.

Jason Chaffetz: Trump's border wall may get funding after all


Can the government spend money that has not been specifically authorized by Congress? In theory – no. In practice? Absolutely.

Each year the government spends hundreds of billions of dollars on things that are not specifically authorized by Congress. Both Democrats and Republicans have been complicit in this practice.

President Donald Trump, to his credit, has worked hard to get his wall funding properly authorized. But he may ultimately do exactly what presidents before him have done: take advantage of the broken Congressional process.

Take aim with the all-new FN SCAR 20S, the latest in battle-proven technology based on the legendary DNA of the 7.62-calibered MK 17 and MK 20 SSR. Perfectly calibrated for long-range precision fire, the SCAR 20S gives you the ability to engage targets nearing 800 yards with ease.

The Sentencing That Didn’t Happen: Why Flynn’s Case Is Bigger Than Flynn


The confusion so many Americans have about the Russia collusion investigation is not due to anyone's lack of intelligence, it's done purposefully.


Why didn’t Flynn withdraw his plea, I wondered? Could it be that he’s overwhelmed with debt, his family is exhausted of the whole situation or did Mueller’s office threaten to go after his son for something we have yet to discover. Maybe, all of the above.

But one thing is certain, that happened to Flynn is bigger than Flynn. The events that led up to Flynn’s conviction and guilty plea should concern all Americans who value the foundation that established our nation’s system of justice – whether we still believe in equal justice for all. There is no semblance of it now

It was supposed to be a simple sentencing hearing.

It didn’t pan out that way for former National Security Advisor Lt. Gen. Michael T. Flynn and his family, who were seated in the courtroom waiting for Judge Emmet G. Sullivan to enter the chamber.


The courthouse was packed with reporters, supporters, detractors, and lookie-loos who came to see what might transpire. The court bailiff had to open an overflow room after the benches in Flynn’s courtroom filled. Despite arriving an hour early, I was in the line that would end up in the overflow room. Also standing in line was Judicial Watch President Tom Fitton and Michael Ledeen, a national security expert and co-author of Flynn’s book The Field of Fight. Leeden was there to support his friend and Fitton was there to watch what unexpectedly became the most unusual sentencing hearing any of us have ever witnessed.

USDA to Restore Original Intent of SNAP: A Second Chance, Not A Way of Life 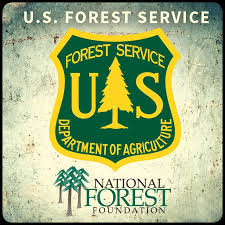 At the direction of President Donald J. Trump, U.S. Secretary of Agriculture Sonny Perdue today announced a proposed rule (PDF, 300 KB) intended to move more able-bodied recipients of Supplemental Nutrition Assistance Program (SNAP) benefits to self-sufficiency through the dignity of work. The rule is meant to restore the system to what it was meant to be: assistance through difficult times, not lifelong dependency. Over time, without any changes in the underlying welfare reform legislation of 1996, that ideal has been watered down by out-of-control administrative flexibility in SNAP.