Silent Sam was a Confederate statue that stood on the University of North Carolina campus at Chapel Hill for 104 years after its 1913 dedication. A student mob toppled it in 2017 for being an allegedly racist symbol.

Student hatred had been growing since 2011 when UNC graduate student Adam Domby discovered an outrageously racist incident described by one of Silent Sam’s six dedication speakers. Specifically Confederate veteran Julian Carr (1845 – 1924) bragged of an event that happened only months after Appomattox upon his return to Chapel Hill at age nineteen. He personally horse-whipped an African-American “wench until her skirts hung in shreds [because] she publicly insulted and maligned a Southern lady.”


More @ The Abbeville Institute
Posted by Brock Townsend at Saturday, June 08, 2019 No comments:

Only recently I heard a talk by a man who was a CIA whistle blower. He made some interesting statements that clarified the differences between the Deep State and the Shadow Government.

He noted that the Shadow Government is comprised of your “security” agencies, the CIA, NSA, and FBI. Uudoubtedly there are more than this but he wasn’t anymore specific than this.

He then noted that the Deep State is what we call the Military Industrial Complex, lobbyists, etc. He stated that part of the MO of the CIA is to “Admit nothing, deny everything, make counter accusations, and accuse your adversaries of what you, yourself, are doing.” This is the classic definition of cultural Marxism. What does that say for the CIA? 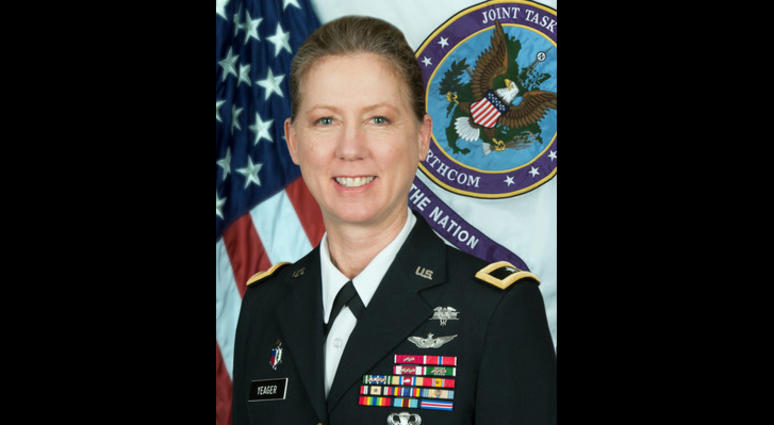 Brig. Gen. Laura Yeager is set to make history this month when she becomes the first woman ever to command a U.S. Army Infantry Division.

Yeager, a former Black Hawk helicopter pilot, will command the California National Guard’s 40th Infantry Division, the Orange County Register reported Friday. She will take over on June 29 for Maj. Gen. Mark Malanka, who is retiring.

Yeager became a second lieutenant in the Army in 1986 and completed military helicopter training three years later. She then began her service as a UH-60 Black Hawk helicopter aeromedical evacuation pilot

“Within 60 days of them opening the investigation, prior to Bob Mueller coming on, the FBI and the [Department of Justice] knew that Christopher Steele was not credible, the dossier was not true and George Papadopoulos was innocent,” Meadows explained. “When you look at that foundation, it’s all built on a foundation of sand. That’s going to start to show up very soon."

Jordan, Meadows To Cummings: This Is The Real Reason You Won't Hold Cohen Accountable For Lying To Congress

As competitors to Netflix continue to appear over the horizon, Netflix made its market position clear in a company-wide letter.
As CNBC reported, “It’s newer forms of entertainment — such as Fortnite and Google’s YouTube — that got shout-outs in the company’s letter as stronger competitors.”

But if there is a shred of morality and providence left in America, Netflix may not even be able to see the true threat to their success is themselves.

Netflix has already been scrutinized for allowing child pornography on their service.

Via Gary Outpost of Freedom


An interview with Sidney Powell, who is the author of LICENSED TO LIE: Exposing Corruption in the Department of Justice. She was lead counsel in more than 500 appeals in the Fifth Circuit, and she’s is ranked by her Texas peers as a "Super Lawyer."

She explains how, the Department of Justice, especially, Robert Mueller, have violated our known legal process, "innocent until proven guilty" Instead, the Report implies that Trump must prove, his innocence.

It goes into even further explanation about the systematic process by the DOJ has destroyed individual lives and companies by similar tactics as far back as the Bush, Jr. administration.
Posted by Brock Townsend at Saturday, June 08, 2019 6 comments:

Mexico Will Send 6,000 Troops To Its Southern Border

As Cortney covered last night, President Donald J. Trump announced a last-minute deal with Mexico to crack down on illegal immigration following through their country into the United States, thus avoiding five percent tariffs on Mexican imports as the president previous threatened if the "humanitarian crisis" was not dealt with by the Mexican government. As part of that deal, President Trump announced via Twitter today that Mexico will indeed send six thousand troops to its southern border to deter illegal aliens.

Posted by Brock Townsend at Saturday, June 08, 2019 No comments: