The next presidential election is only about 500 days away, and it could become one of the ugliest races in recent memory.

The infighting between Democrats over who will secure their party’s nomination has already revealed that this election cycle will be a mud-slinging contest, but now a proverbial hand grenade has been tossed into the mix: Jeffrey Epstein.

Epstein, as you probably know by now, is the billionaire fund manager and convicted sex offender now facing charges of sex trafficking of underage girls. That’s chilling enough, but the case could become intertwined with national politics due to Epstein’s many connections to the rich and famous.

John Bell Hood and his wife had eleven children in ten years, including three sets of twins. Their first daughter Lydia was born in 1869, the next year twins Annabel and Ethel. In 1871 John Bell, Jr. was born, followed by Duncan in 1873. Twins Marion and Lillian were born in 1874, and then, remarkably, another set of twins, Odile and Ida, in 1876. The tenth child, Oswald, was born in 1878, and finally Anna, in 1879.

In 1878, calamity struck the Hood family, along with many others in New Orleans.A yellow fever epidemic ravaged the city during the summer and resulted in the deaths of more than 3,000 people. New Orleans was virtually isolated, and the Cotton Exchange closed. All but two insurance companies in the city went bankrupt. During the winter and spring of 1878-1879 Hood was wiped out financially. He was forced to allow his personal insurance policies to lapse, and he mortgaged his house to its fullest value.During the summer of 1878 Hood, as did most wealthy citizens, moved his family from the city. Spending the dangerous months at the Hennen family retreat near Hammond, Louisiana, they had been spared the terror of the epidemic. However, finances would not allow the family to move out of the city during the summer of 1879. During the entire year of 1879 there were only six confirmed deaths due to yellow fever in New Orleans. Unfortunately, three would occur in the Hood home.


One month after the birth of their eleventh child, Mrs. Hood was stricken with the fever. After initially appearing to have recovered from the affliction, she became ill after bathing, relapsed and died on Sunday, August 24, 1879. Completely devastated by the loss of his wife, struggling physically from his crippling war wounds, and under the stress of financial ruin and its impact on the security of his eleven young children, Hood contracted yellow fever on Thursday, August 27th. His eldest daughter Lydia fell victim on the same day. At noon on Saturday, August 29th, Lydia died, and the following day John Bell Hood died.

Anna Marie Hood's elderly mother survived, but was in poor health, and would die the following year. With no means of support, the ten surviving orphans were adopted by the following families:

AN OPEN LETTER TO AMERICA


This is the perfect day to for me to write this, an open letter to America, and to those ignorant Americans that despise her and embrace a communist future.

I was not born here.

I remember standing in Miami airport with my family, all six of us, holding my dad’s hand. I was seven years old and we had just caught what was supposed to be “the last flight”. I recall getting up in the dead of night and hurrying to the airport. Luggage was neither necessary, nor permitted, and if my dad pulled out his pockets like we see in the cartoons, they would have been empty. Even wedding rings were left behind as bribes. 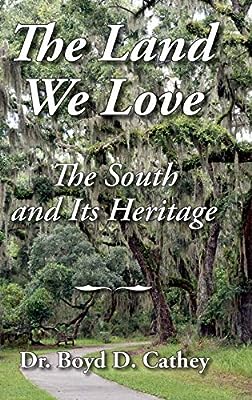 The Founders rejected any thoughts of invading, coercing and subjugating a State within the proposed union; any such action by the other States or the agent created by the States would be war and grounds for dissolution of the agreement.

In fact, to prevent the federal agent and its officers from engaging in an attack upon a State, Article III, Section 3 states that “Treason against the United States, shall consist only in levying War against them, or in adhering to their Enemies, giving the Aid and Comfort.”
www.Circa1865.org  The Great American Political Divide

“One of the better summaries of the prevalent Constitutional theory at that time (December 1861-May 1861] has been made by black scholar, professor and prolific author Dr. Walter Williams. Here is what he writes in one of his columns:

“During the 1787 Constitutional Convention, a proposal was made that would allow the federal government to suppress a seceding State. James Madison rejected it, saying, “A union of the States containing such an ingredient seemed to provide for its own destruction. The use of force against a State would look more like a declaration of war than an infliction of punishment and would probably be considered by the party attacked as a dissolution of all previous compacts by which it might be bound.”

In fact, the ratification documents of Virginia, New York and Rhode Island, explicitly said they held the right to resume powers delegated should the federal government become abusive of those powers. The Constitution never would have been ratified if States thought they could not regain their sovereignty – in a word, secede.

On March 2, 1861, after seven States seceded and two days before Abraham Lincoln’s inauguration, Senator James R. Doolittle of Wisconsin proposed a constitutional amendment that read: “No State or any part thereof, heretofore admitted or hereafter admitted to the union, shall have the power to withdraw from the jurisdiction of the United States.”

Here is a question for the reader: Would there have been any point of offering these amendments if secession were already unconstitutional?”

Speaking on CNBC’s Hadley Gamble, America's first black American billionaire said that the current Democratic Party has no chance of beating President Trump in 2020 and that some serious housecleaning is in order, reports Fox News.

"The party in my opinion, for me personally, has moved too far to the left," Johnson said, adding that he will not be supporting a particular candidate at this time.

According to Johnson, a Democrat will only be able to take the White House from Donald Trump if they move to the center, otherwise they will propose radical programs that will not resonate with the American people. Since Trump has not lost his base, he posits, the Democrats will have to move beyond the extremism of the primaries if they are to win the general election.

Two-thirds of voters approve of a citizenship question on the 2020 census, and that includes a majority of Hispanic voters — despite claims by Democratic lawmakers that the inquiry would discourage participation in Latino communities.

A Harvard University Center for American Political Studies/Harris poll found that 67% of all registered U.S. voters say the census should ask the citizenship question when the time comes. That includes 88% of Republicans, 63% of independents and 52% of Democrats.

Most notably, the poll found that 55% of Hispanic voters favor the idea.

Summertime Starlings – Hone Your Hunting On An Invasive Species 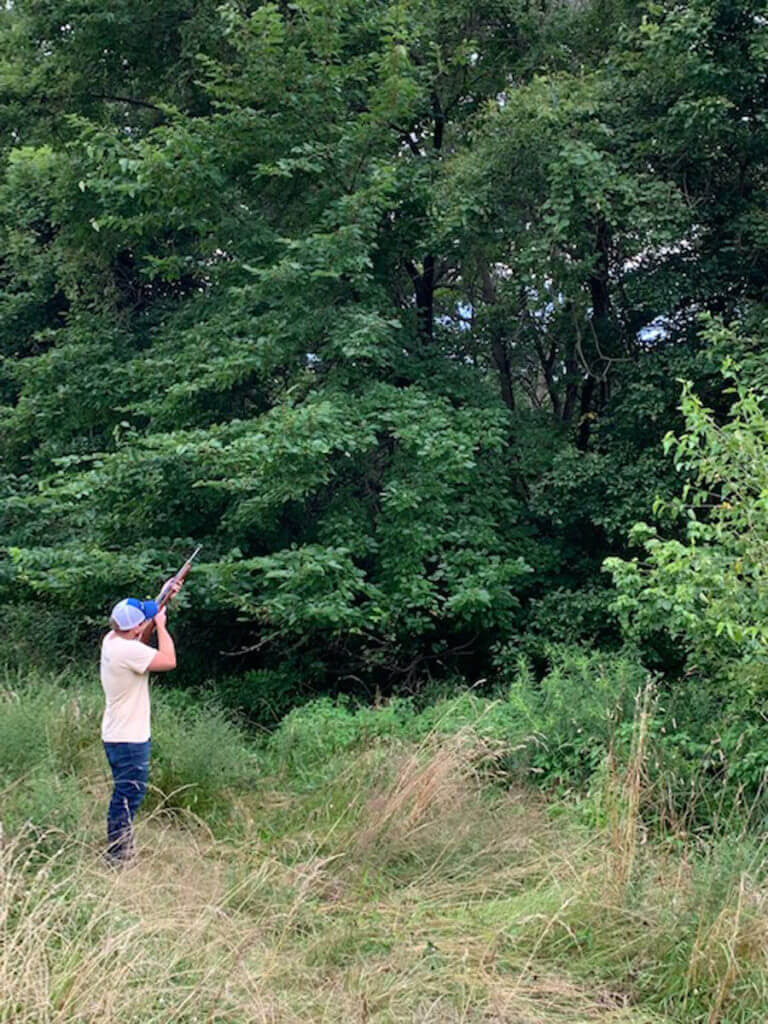 The long summer months can seem like a drought for hunters. The typical hunting seasons don’t start until the fall and the summer months are used for preparing and practicing for the upcoming fall seasons. There is one type of hunting season which is year round and has no limits plus you will be doing wildlife a favor by hunting these feathered invaders. I am talking about hunting starlings.

"The Battle Lines are Drawn"

Comment by Counter Analysis on This isn’t about sneakers, but about people who wa...


The battle lines are drawn. The leftists, controlled by the elite, are going to increasingly try to de-legitimize the flag, American history, and the constitution. This is like other communist take-overs where a country's history is purged and rewritten. Everything American is labeled racist. The elite are using celebrities to push this leftist agenda on the nation's youth. The hope is that more and more people will embrace anti-Americanism leading to the eventual sudden transformation of America into an unrecognizable beast. If the anti-American movement reaches a critical point, it will be the platform and position of nearly all politicians who will have international backing in addition to domestic support. Big money will be poured into this movement.

Right now Trump and his supporters stand in the way, but the Trump movement is useful as a means of galvanizing the anti-American opposition who may strengthen to the point that they can take over when the Trump forces wane. Even assuming Trump has resounding victory all through a second term, there is no guarantee Trump forces will maintain continuity after his departure. The anti-American movement will be waiting. Remember, this anti-American movement is not a natural phenomenon, but an orchestrated one.

It's imperative to disgrace those celebs who disgrace America while reiterating the freedom and opportunity America uniquely provides to all its citizens regardless of race, creed, or gender. Leftists hate America and its prosperity, yet they drive cars, have iPhones, and spend money at the bar.

I would not be surprised if the Betsy Ross shoes were deliberately rolled out so Kaepernick could have an opportunity to publicly quash them and elevate the anti-American movement bringing it into the public dialogue where it is legitimized. Watch for the media to increasingly give air time to anti-American celebs and open loaded public debates where they knock down straw men.
Posted by Brock Townsend at Tuesday, July 09, 2019 No comments: